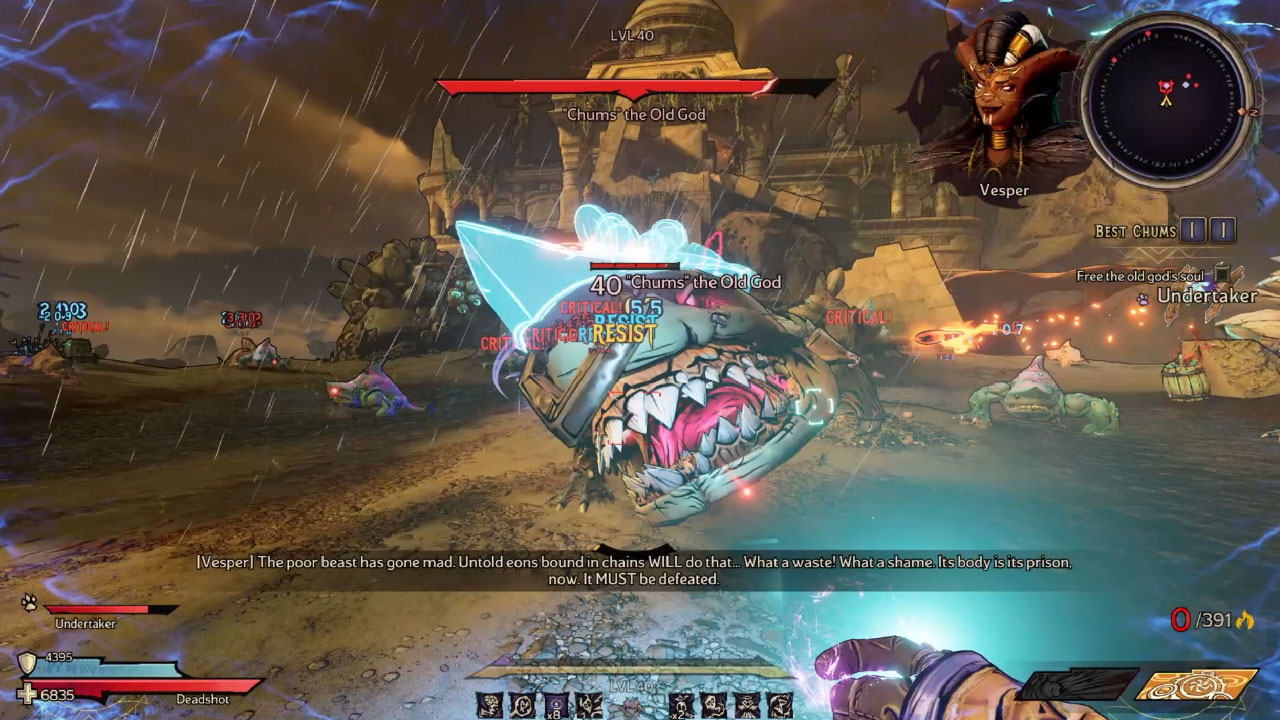 Tiny Tina’s Wonderlands’ first-ever DLC is out and it’s called The Coiled Captors. It features a ton of landsharks and Coiled warriors to fight in different dungeon layouts and maps, as well as a boss to deal with.

The DLC also introduces a new Wheel of Fate gimmick (get souls, cash them out for random rewards at the Wheel), as well as the opportunity to repeatedly play through the Coiled Captors dungeon run. This guide will list down the new weapons and gear exclusive to this DLC, as well as tips on how to farm gear specific from this Coiled Captors DLC.

Here’s a great way to farm for Coiled Captors Legendary weapons and Souls for the Wheel of Fate.

All you have to do is kill the boss of the Coiled Captors DLC Chums the Old God, and then repeat the process by downing yourself. Here’s a step-by-step (via Joltzdude).

Note: the DLC introduces a new combat status effect: Soaked. Basically any target that gets Soaked will receive more damage from Lightning and Frost, but less damage from Fire. The new Legendary weapons here can apply the Soaked effect.

All the gear listed below are exclusive to this DLC. Having said that, some of them are World Drops.

How To Get: World drop, Chums (Coiled Captors boss), Wheel of Fate spin.

How To Get: Chums, World Drop, Chaos Chamber, Wheel of Fate

What's It Like Being An Anime Maid In Malaysia?