Street Fighter 5 has received its final update a couple of months ago, and after weeks of playing, we finally know who the best characters are in this iteration of the game.

Truth be told, this is the most balanced the 2D fighting game has been; it’s a huge step up from its 2016 version that’s for sure. But who are the top picks in tournaments? And who are the most consistent characters who placed mid to high in the entire part 5 timeline?

Disclaimer: we’re going by Dictator, Boxer, and Claw when referring to 3 of the 4 kings. M.Bison/Vega is Dictator, Balrog/M.Bison is Boxer, and Vega/Balrog is Claw.

First up, we have fighting game pro Fuudo dishing out his tier list online. He’s currently maining Poison and Birdie.

Despite the nerfs a lot of the S-Tier characters have received, they’re still better than everyone else in the cast due to their damage output, footsie work, and their current toolkit. Cody has seen the biggest jump since he’s usually in the B and C tier.

While these characters are still viable, they have seen a few nerfs than buffs. Having said that, Falke herself has seen the biggest jump, at least in Fuudo’s eyes. 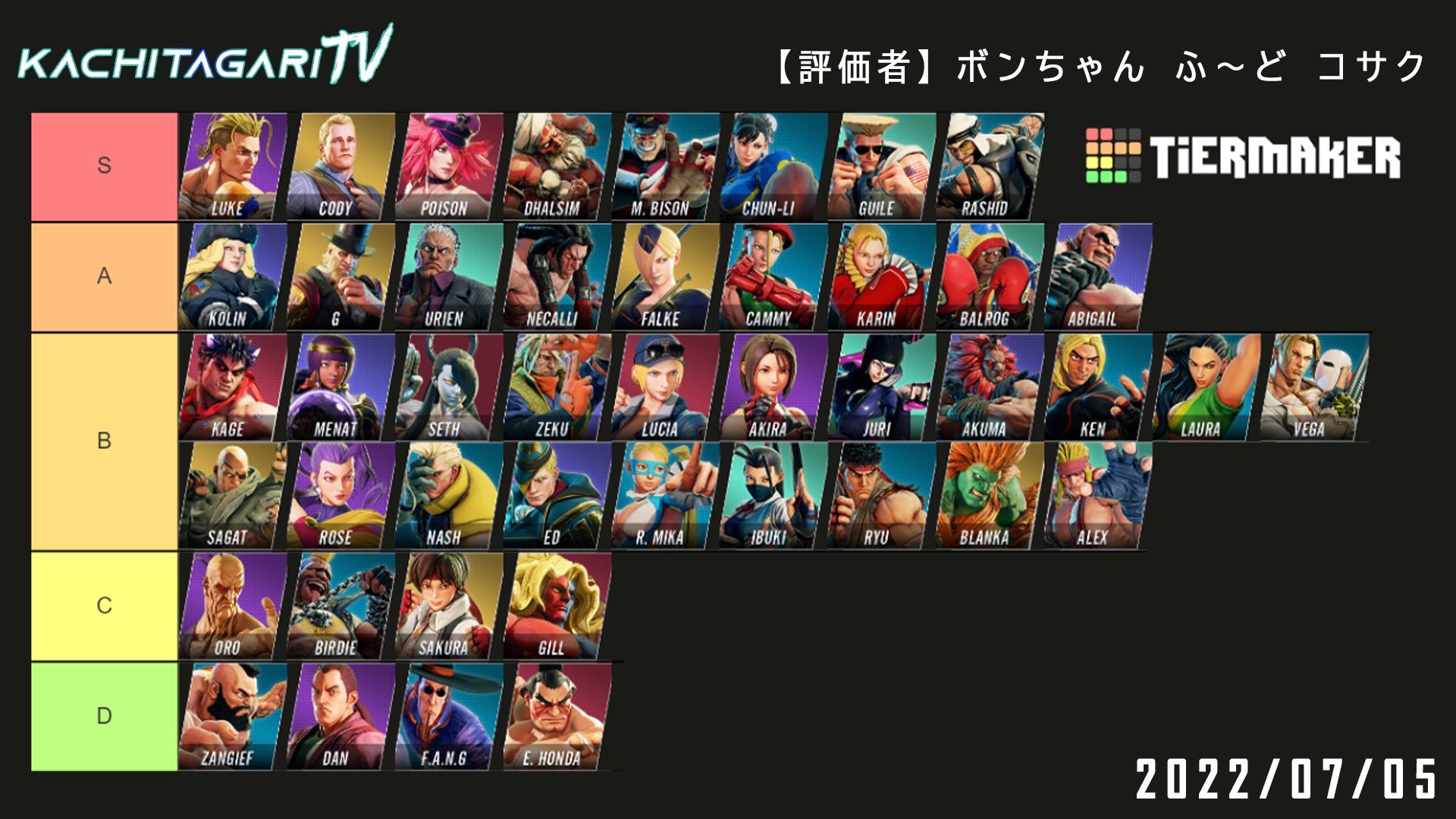 Next up, we have Punk, one of North America’s best fighting game players out there. Once again, Luke is leading the pack because of his late inclusion and “future of Street Fighter” status, giving him the best kit.

Luke again takes the top spot, with Poison, Dhalsim, Dictator, and Chun-Li still hanging around the upper echelons. Juri and Ken has seen the biggest jump in improvements and toolkit-tweaks according to the esports player.

News
SDCC 2019: Natalie Portman Is The Next Thor

Last week, there was the not-so-shocking announcement of Taika Watiti and Chris Hemsworth coming back for a fourth Thor movie. Just now at San Diego C...

Do you really need to play Minecraft with gorgeous ray tracing? If you feel the answer is "yes", then better mark your calendars for 16 April 2020, be...