If you’re itching for a new Wild Arms or Shadow Hearts game in the next year or two, your prayers have been answered.

Wild Bunch Productions and Yukikaze, two new game developers consisting of ex-Wild Arms and Shadow Hearts series creators & developers respectively, are teaming up via Kickstarter. The two companies are launching a Double Kickstarter campaign for their respective games: Armed Fantasia: To The End of the Wilderness and Penny Blood. 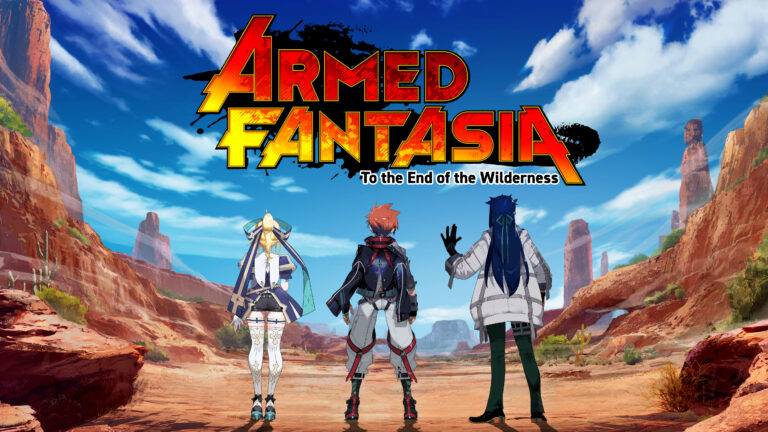 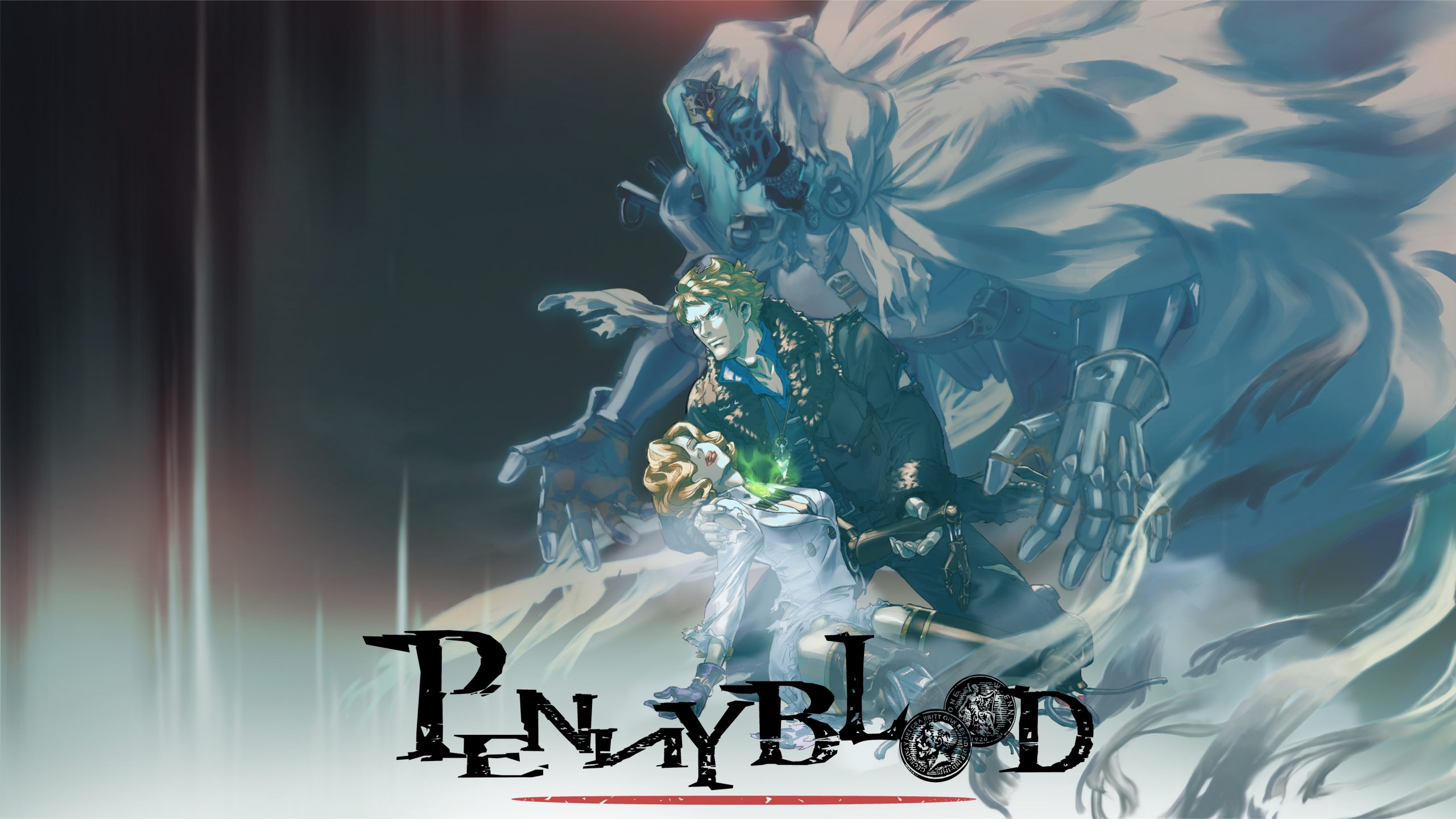 In case you couldn’t tell by their names and artwork above, Armed Fantasia is the successor to Wild Arms while Penny Blood is for Shadow Hearts. Both games will share a mutual funding goal of US$750,000; this will ensure a PC release for each game. Stretch goals include current-gen ports (Xbox Series, PS5, latest Nintendo hardware). The Early Bird Combo pledge level will allow early backets to pledge for both titles at a discount.

Here’s an overview of each game: 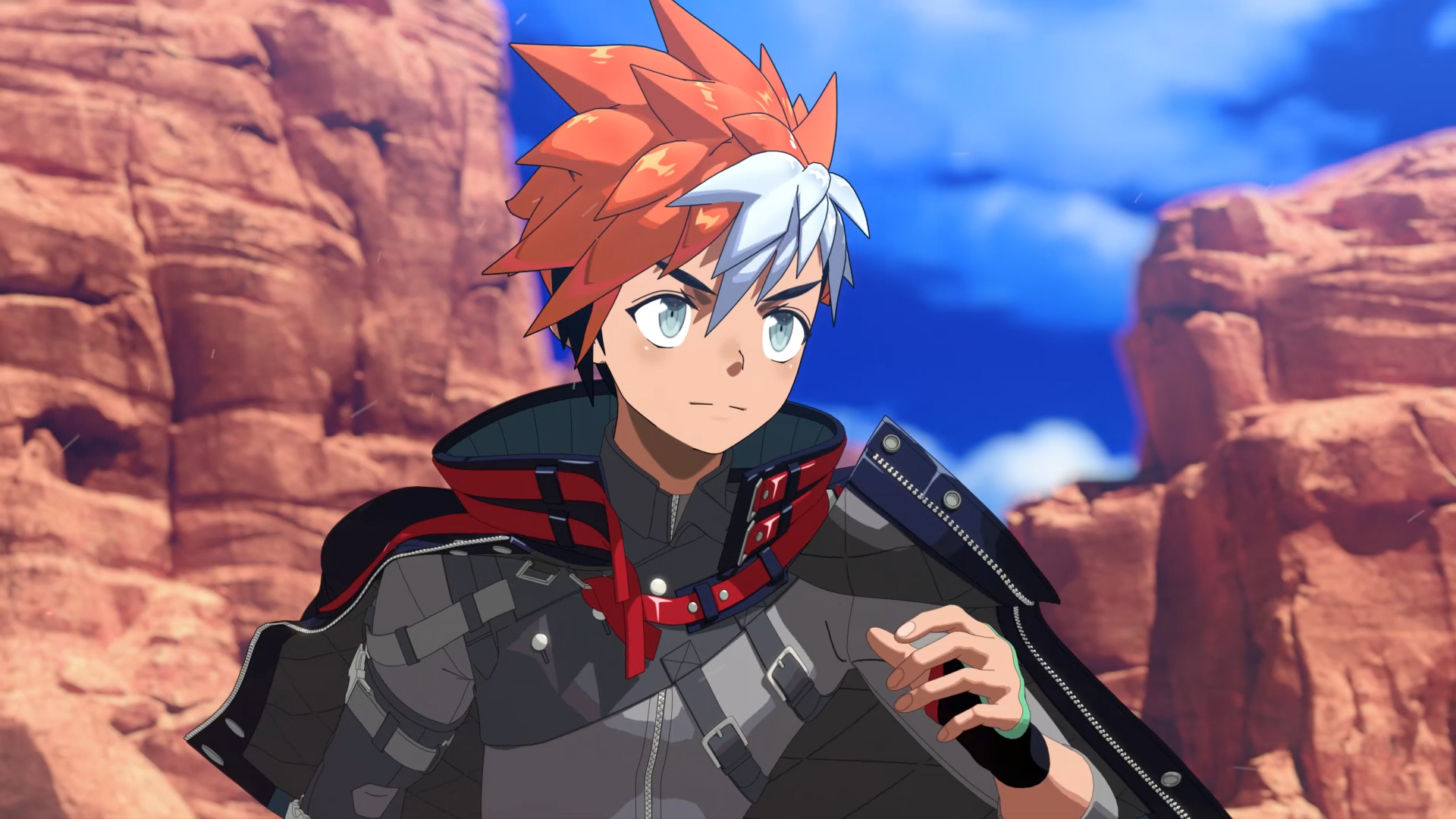 Armed Fantasia: To the End of the Wilderness tells a dramatic story that unfolds in a world hurtling towards destruction. Players take the role of a group of Pathfinders and, with trusted ARMs in hand, embark on a perilous journey across a sprawling Westernpunk wilderness.

In a far flung corner of this world lies the land of Londenium, where a young man named Ingram loses his grandfather; the final tether binding him to his hometown. With no other reason to stay, and in hopes of reconnecting with his childhood friend, Ingram sets out on a new adventure as a Pathfinder, a branch of adventurers that utilize the powerful ARM (Aether Reaction Maximizer) weaponry to dispose of Anomalies that ravage the land.

Ingram’s journey will lead him to cross destinies with many a new friend and foe, and become embroiled in a monumental battle that’ll strike through Londenium’s past and its future.

Armed Fantasia: To the End of the Wilderness allows players to experience the spirit of a large-scale party-based Japanese RPG adventure—crossing the great expanse and using their wits to overcome any obstacle in their path.

Featuring a gigantic World Map, players will race, leap, solve puzzles, and feel the momentum of crossing the land, sea and air in high-speed vehicles as they explore and follow the story. The World Map of Armed Fantasia will be packed with things for players to do, rendered with a unique look not seen in other titles. 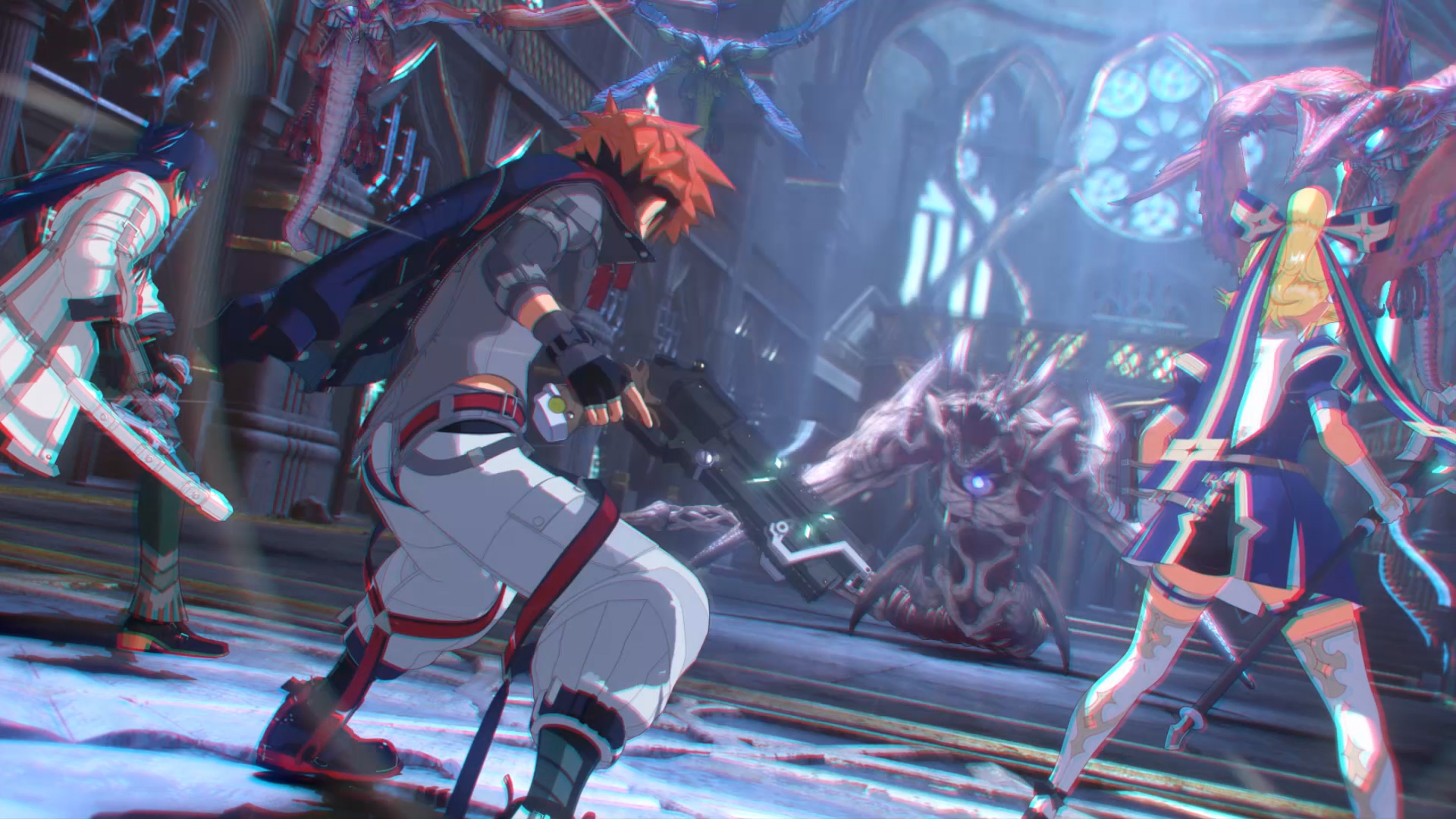 Dungeon exploration focuses on utilizing each party member’s unique Gadget. Players must switch between Gadgets to solve obstacles standing in their way, embracing the sense of victory when they finally open a particularly tricky path. Traps and treasures lie in wait across both the World Map and its dungeons, requiring both the characters’ skills and the player’s wits to solve and escape in one piece.

Battles in Armed Fantasia: To the End of the Wilderness will be turn-based but maintain a quick tempo, based on the Cross Order Tactics system. Successive character actions play a key role in the Chain Order, and disruptive Force Breaks interrupt enemy turn order, creating engagements filled with tension and suspense that will push players to carefully consider their battle strategy.

“I was charmed by the fact that something like a Double Kickstarter could be a new option for game development, so I decided to lead a new team. But in order for us to pave our way forward, we need everyone’s support!” says lead game designer Akifumi Kaneko.

With a team of veteran creators from the Wild Arms series, Armed Fantasia: To the End of the Wilderness aims for an expansive Westernpunk RPG experience with a modern look… and whistling! 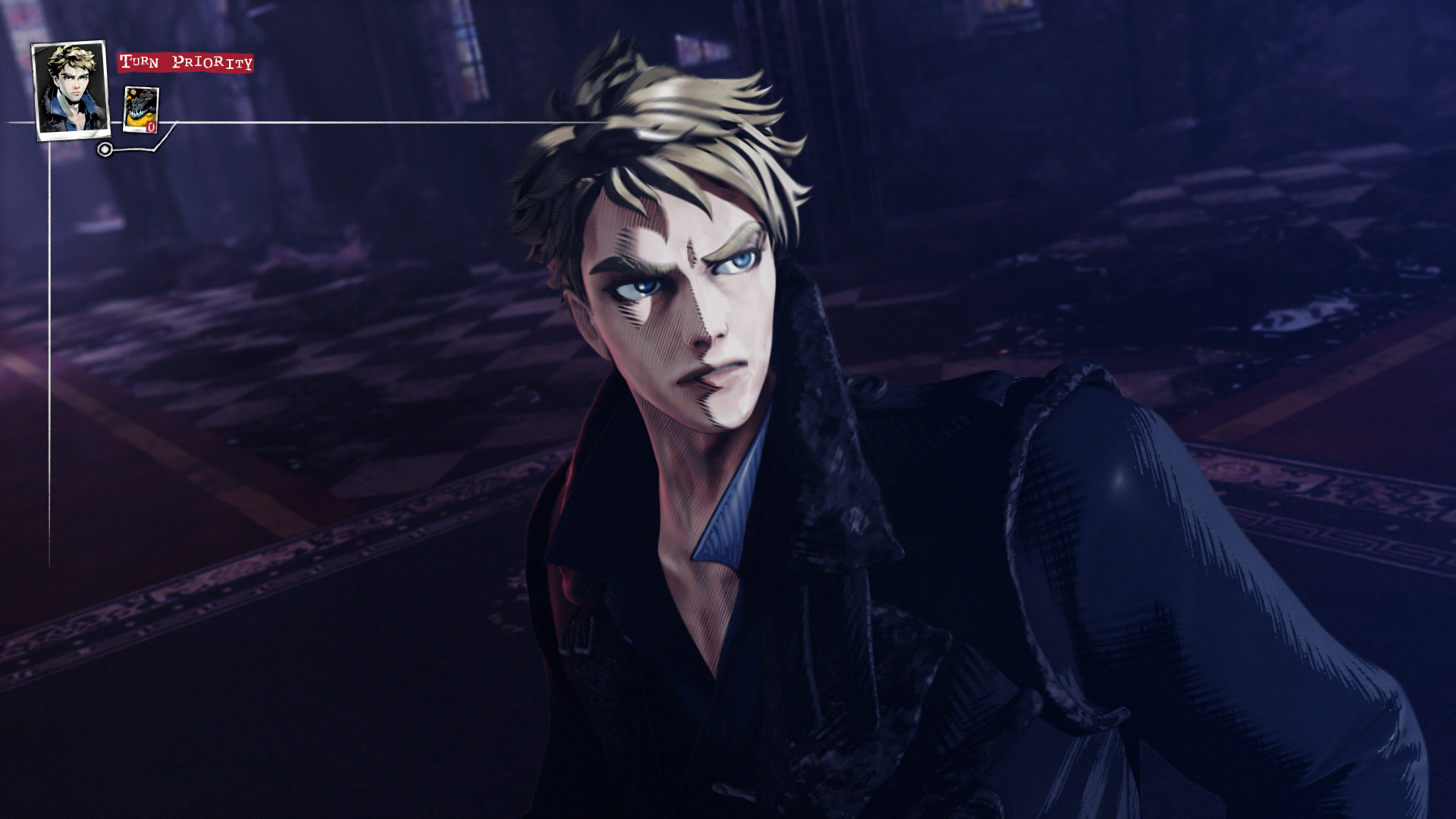 Penny Blood presents a world twisted in gothic horror and nightmarish imagery rarely seen in Japanese RPGs. In Penny Blood, players follow the story of Matthew, an investigator who embarks on a dark international probe through the iconic Roaring Twenties, amassing allies and confronting trauma in a world twisted by cosmic horror, malice and mayhem.

Players will circumnavigate the globe, from the USA to Europe and Asia, and explore nations either recovering or basking in the wake of one of history’s bloodiest conflicts, oblivious to the turmoil that brews beneath the surface.

Penny Blood’s story begins with Matthew Farrell, a lone wolf private detective in New York working for the Bureau of Investigation. Despite hating the accursed powers he inherited from his father, he utilizes his fusion transformation abilities to hunt down monsters at the behest of the Bureau.

One day, Matthew is tasked with investigating a strange incident that occurred at a mental asylum in New York. After rushing to the asylum, he finds it teeming with grotesque, rampaging creatures. Utilizing his hidden power, Matthew manages to achieve a narrow victory.

In order to unearth the truth behind the bizarre incident, Matthew’s investigation will take him from America to the distant continent of Asia, including Japan and China, as well as to the far corners of Europe. Along the way, he will encounter those who fight for vengeance, those who seek to utilize the aberrant horrors for their own gain, and those who simply wish to destroy. Penny Blood tells the tale of a man who must become that which he seeks to vanquish.

Penny Blood’s overworld maps give a bird’s-eye view of cityscapes and towns that will teleport players to the 1920s, where they will experience the world as it was, unaware of the gruesome events soon to unfold.

From busy streets to haunting sanitariums, players will delve into carefully detailed field maps as they purchase items paramount to their quest, investigate supernatural happenings, and battle stygian monstrosities.

The easy to learn, difficult to master Psycho Sigil battle system combines traditional turn-based Japanese RPG strategy with twitch-trigger reaction time in order to maximize the potential of attacks, keeping players on their toes with every encounter. Players can embrace the darkness within by using Fusion to call upon the abyss and fight fire with fire, harnessing the power of the darkness to hurl demons back from whence they came. 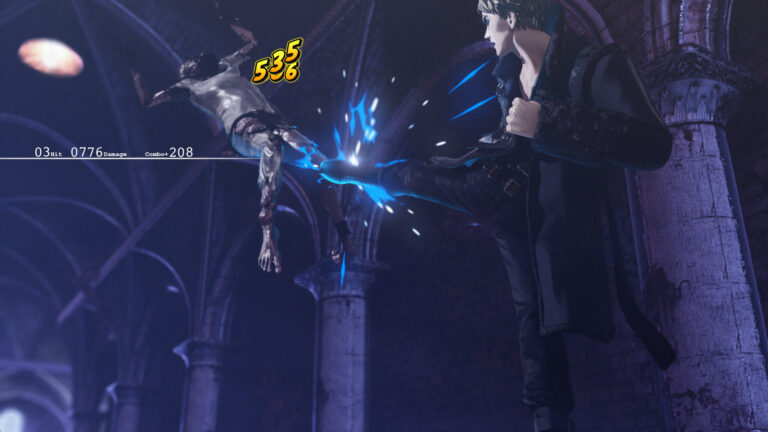 Interactions with the demonic will affect the heroes’ Sanity Points. If players lose too many Sanity Points, their allies will succumb to madness, gaining strength and losing composure. However, that boost in power might be just what is needed to turn the tide in battle.

Returning to the helm as composer is Hirota Yoshitaka (of Shadows Hearts and Shadow Hearts: Covenant fame) to inject a sense of dread and eerie unease befitting of the atmosphere. And accompanying him is Akari Kaida of Breath of Fire 3, infusing a heavy dose of jazz into the Roaring Twenties setting.

“This is my second chance. Chances to make another game like this are rare, so please give me your support,” says lead game designer Matsuzo Machida.

With direction from Matsuzo Machida, character design by Miyako Kato and music and sound composed by Yoshitaka Hirota and Akari Kaida, Penny Blood promises to sink its claws into players as it revives the darker side of Japanese RPGs.

Update [4th March 2021]: Nacon has made a public response. The story is updated with the latest. Adventure game The Sinking City is getting quite a...

News
Valorant Champions Tour APAC 2022: All You Need To Know

Calling all Valorant fans, get ready for the VCT Asia Pacific (APAC) 2022 season. After an explosive first year ofÂ  VALORANT esports, the VALORANT ...

Feature
Selamat Hari Raya! The Best Party Games To Play When Your Cousins Are Around [Updated For 2022]

Originally published in 4th June, 2019. Updated for 2022. Selamat Hari Raya! As the period of Ramadan and fasting is ending soon, many of us are...