The superhero genre is now a billion-dollar industry on its own, so it’s no wonder that those outside of the US wants to put their own spin on the popular genre. Indonesia is one of the trailblazing Southeast Asian countries with proper contenders of their own, starting with 2019’s Gundala (check out my review of that here). Now, Satria Dewa Gatotkaca has arrived. How is the first movie in the Satria Dewa Cinematic Universe? 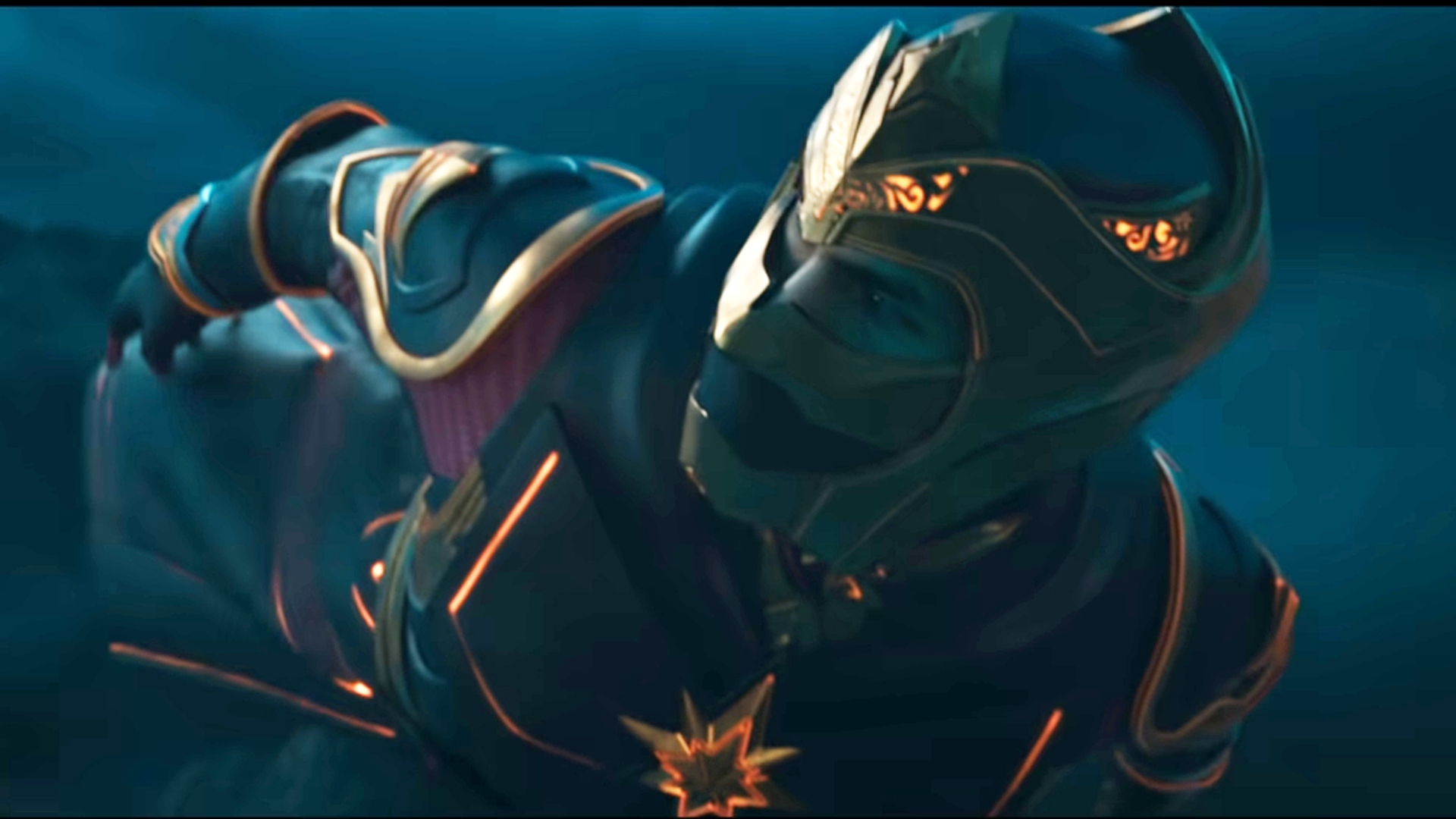 At first glance, Gatotkaca (that’s the superhero name of the protagonist, Satria Dewa Gatotkaca is the title of the movie) looks like a cross between Iron Man and Shang-Chi. He is not based on any specific comic book character, but he is a modern take on existing Indonesian mythologies and legends, sort of like what Marvel did with Thor (who is from Norse mythology). Gatotkaca is actually a real character from Hindu Sanskrit epic poem, the Mahabharata. Therefore, a huge plus going into this movie is that you don’t need to be familiar with any source material.

However, that doesn’t mean that the movie is easy to comprehend. The plot isn’t too complicated, but the movie is messy and inconsistent when it comes to the overall script and tone. Satria Dewa Gatotkaca follows Yuda (Rizky Nazar), a young man who discovers his potential as a superhero due to his lineage and genetics being part of the Pandawa (who are those descended from the gods). The enemy of the Pandawa is the Kurawa, who wants to resurrect an evil being named Aswatama. That’s basically the gist of the plot, but the movie’s pacing results in exposition dumps and weird tonal shifts throughout its two-hour.

This inconsistency is the result of the movie sometimes taking itself too seriously, while sometimes going overboard with the humour. It’s as if the Marvel Cinematic Universe (MCU) and the DC Extended Universe (DCEU) had a baby. With the amount of humour and quips, it makes even the more dramatic parts sometimes unintentionally funny and cringe-worthy. Despite the movie being around two hours long, it moves at a breakneck pace, which results in certain scenes being rushed and not given time to breathe before it sloppily changes to the next scene. What’s most jarring of all is that the movie has a strange intermission after an hour into it, where it’s basically an advertisement in the middle of the movie. This immediately broke my immersion, which is not what you’d want when watching a movie. Characters can sometimes change motivations at the drop of a hat. 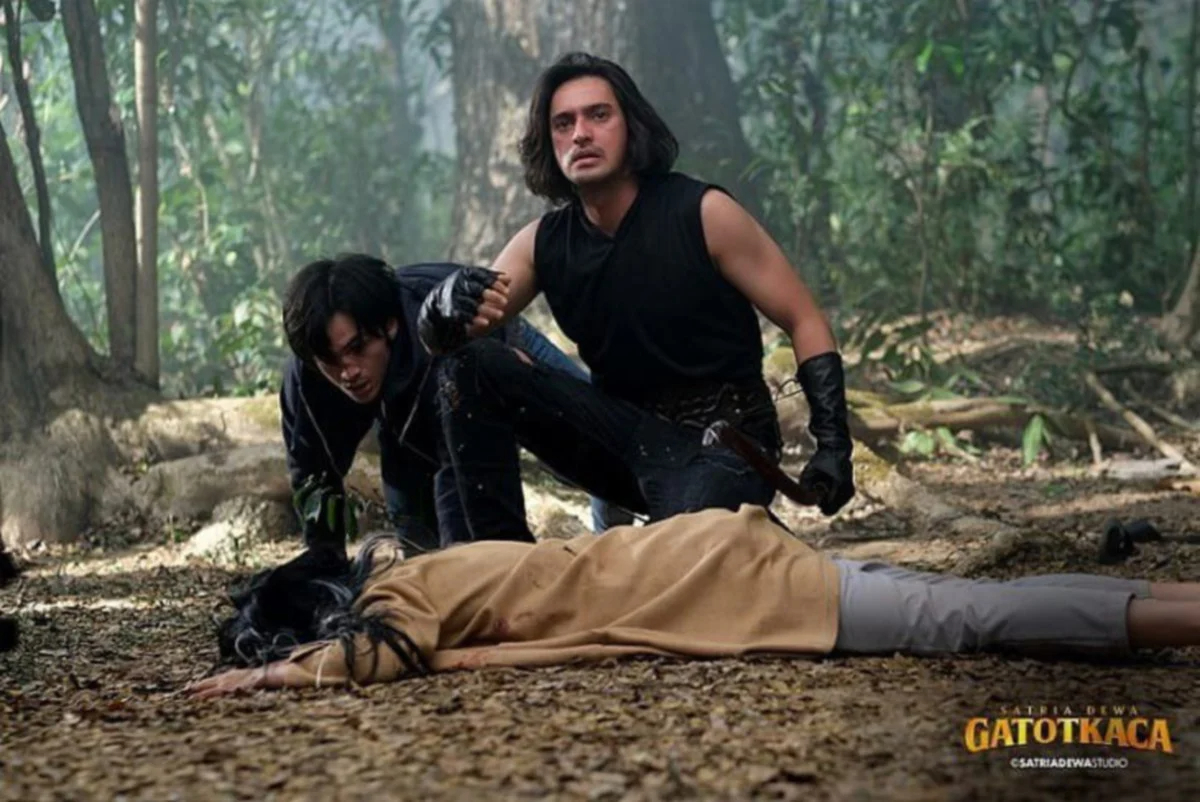 All that being said, Satria Dewa Gatotkaca does have some merits. The origins of the Gatotkaca feel unique and refreshing because it’s heavily tied to Southeast Asian mythology and ancient Indonesian heritage, especially relating to Hinduism and Javanese culture. Just like Gundala before him, this makes Gatotkaca stand out due to him being distinctly Southeast Asian and different from the typical Western superheroes. Representation matters.

The highlight of Satria Dewa Gatotkaca is definitely the action scenes. This is thanks mostly to the incredible Yayan Ruhian, the world-renowned Indonesian martial artist and actor best known for movies like both of The Raid films, John Wick Chapter 3 Parabellum, as well as Malaysian films like Wira and Mat Kilau. He is also joined by Cecep Arif Rahman, who is a fellow co-star in several of the same movies and also a martial artist. They make the action scenes more exciting, but the fight scenes are often shot in the dark, so the action choreography is a bit difficult to make sense of.

While I did mention earlier that the humour can be too much at times, it’s still some good fun to be had. A lot of the comedy comes from the young supporting cast, including Danan (Omar Daniel), Gege (Ali Fikry), and Quinn (Zsazsa Utari). Danan is also a Pandawa like the main protagonist, but his speciality is the bow and arrow; a Southeast Asian Green Arrow/Hawkeye in the making. Gege is his younger brother who brings a lot of levity as the movie’s primary comic relief, while Quinn is the feisty best friend of the protagonist’s love interest, Agni (Yasmin Napper). Oh, and Quinn is a black woman, so that’s another notch for diversity.

In addition, Satria Dewa Gatotkaca features impressive CGI for a Southeast Asian movie. Sure, it’s still not on par with the MCU movies, but it’s a commendable effort on their part. With movies like this and Gundala, Southeast Asian superhero movies are gradually improving and that’s great to see. The movie ends on a cliffhanger of sorts, so I hope the Satria Dewa Cinematic Universe gets the opportunity to further improve and expand with more instalments. 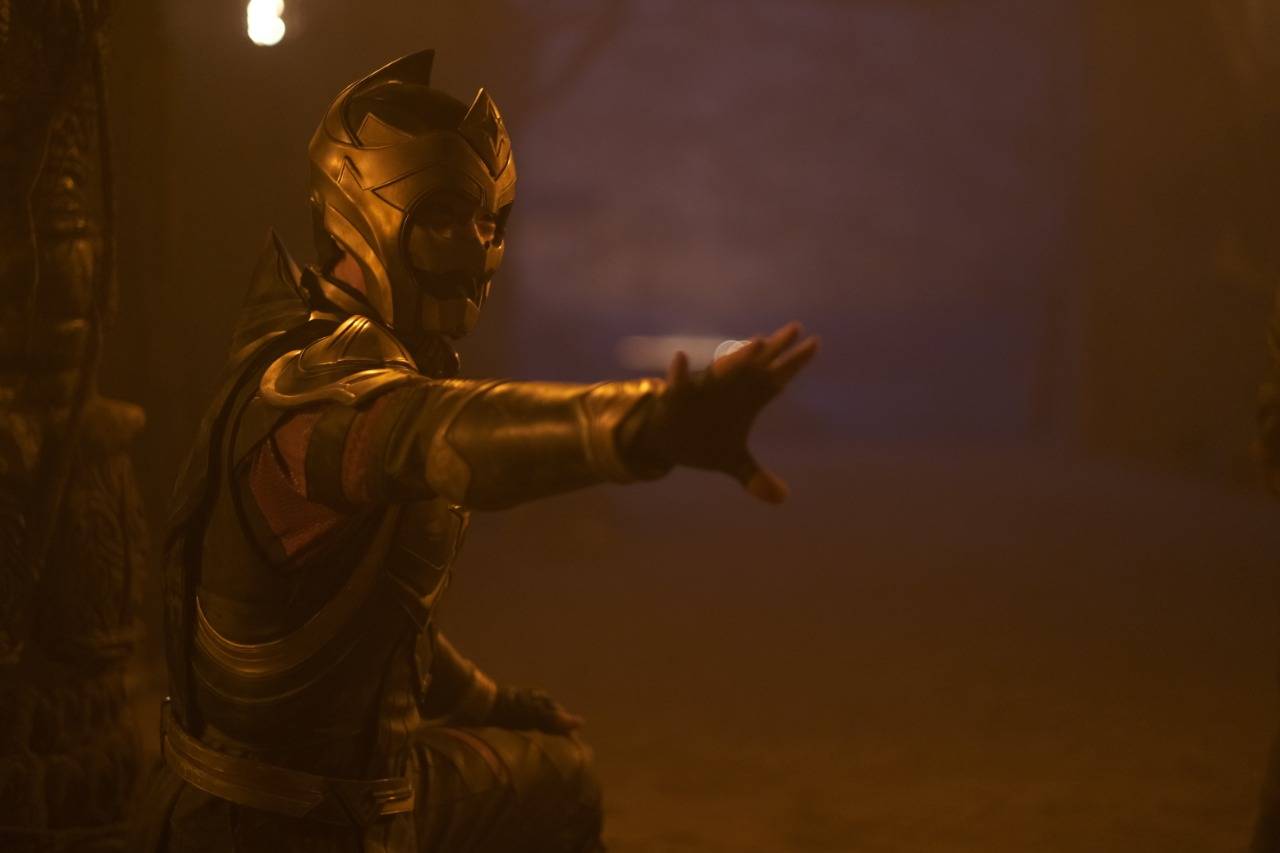 Ultimately, Satria Dewa Gatotkaca is a somewhat wobbly start to the Satria Dewa Cinematic Universe, but it’s not a bad one. Even the MCU can be wildly inconsistent at times (looking at you, Eternals), so this first effort by Satria Dewa Studio is good enough.

Today, Disney+ Hotstar in Malaysia announced that five Spider-Man films and “Venom (2018)” will be launching on the streaming service in June. “...

News
Pokemon Mewtwo Strikes Back Is Coming To Netflix Next Month

Netflix and The PokÃ©mon Company International announced today that the newest animated movie based on the beloved PokÃ©mon franchise will premier...

The first season of Pennyworth concluded its 10-episode run in September 2019. It was surprisingly good for a series that focused on Alfred's younger...