Jordan Peele’s NOPE Is A YUP For Sci-Fi Fans

Jordan Peele’s name is now synonymous with modern horror, thanks to the success of 2017’s Get Out. After 2019’s Us and a stint at being the exec producer of the Twilight Zone reboot, he has returned with a brand new original film, Nope. His movie has always been horror movies with sci-fi elements, but with Nope, he’s attempting to do something different, a sci-fi movie with horror elements.

It’s important to note that like his previous movies, Nope is best experienced with little to no prior knowledge. Jordan Peele’s movies are best when you don’t know what to expect and Nope is no different. All you need to know is that Nope has aliens and that it has a heavier emphasis on sci-fi than his previous films. Nope is best described as an extended episode of The Twilight Zone. It’s also somewhat reminiscent of other sci-fi movies like M. Night Shyamalan’s Signs (2002) and Denis Villeneuve’s Arrival (2016), as well as a little bit of Steven Spielberg’s War Of The Worlds (2005) in there.

That said, Nope is definitely a film with an original story and a fresh take on the usual alien invasion story. Sci-fi fans will love how Jordan Peele puts his own twists on science fiction tropes we’ve seen before, as well as even references and easter eggs from anime like 1988’s Akira and Neon Genesis Evangelion. I certainly can’t go into detail without spoiling the movie, but all of these elements make for a movie that’s unique. If there’s one thing you’ll probably remember forever after watching Nope, it’s everything to do with the alien, especially in regards to its refreshing and unique design.

In addition, I recommend watching Nope on IMAX, not only because it was shot using IMAX cameras, but also because Jordan Peele is emulating Denis Villeneuve with his lingering wide-angle cinematic shots that inspire spectacle (the same style that Denis Villeneuve employs in his movies like Arrival and Dune). It’s impressive how a lot of these shots are often at night, but you can still see everything clearly, so kudos to cinematographer Hoyte van Hoytema (who is best known for his work in Interstellar, Tenet, and Spectre). Unfortunately, one might argue that Nope sacrifices plot coherence, narrative and pacing for atmosphere, spectacle and visuals. 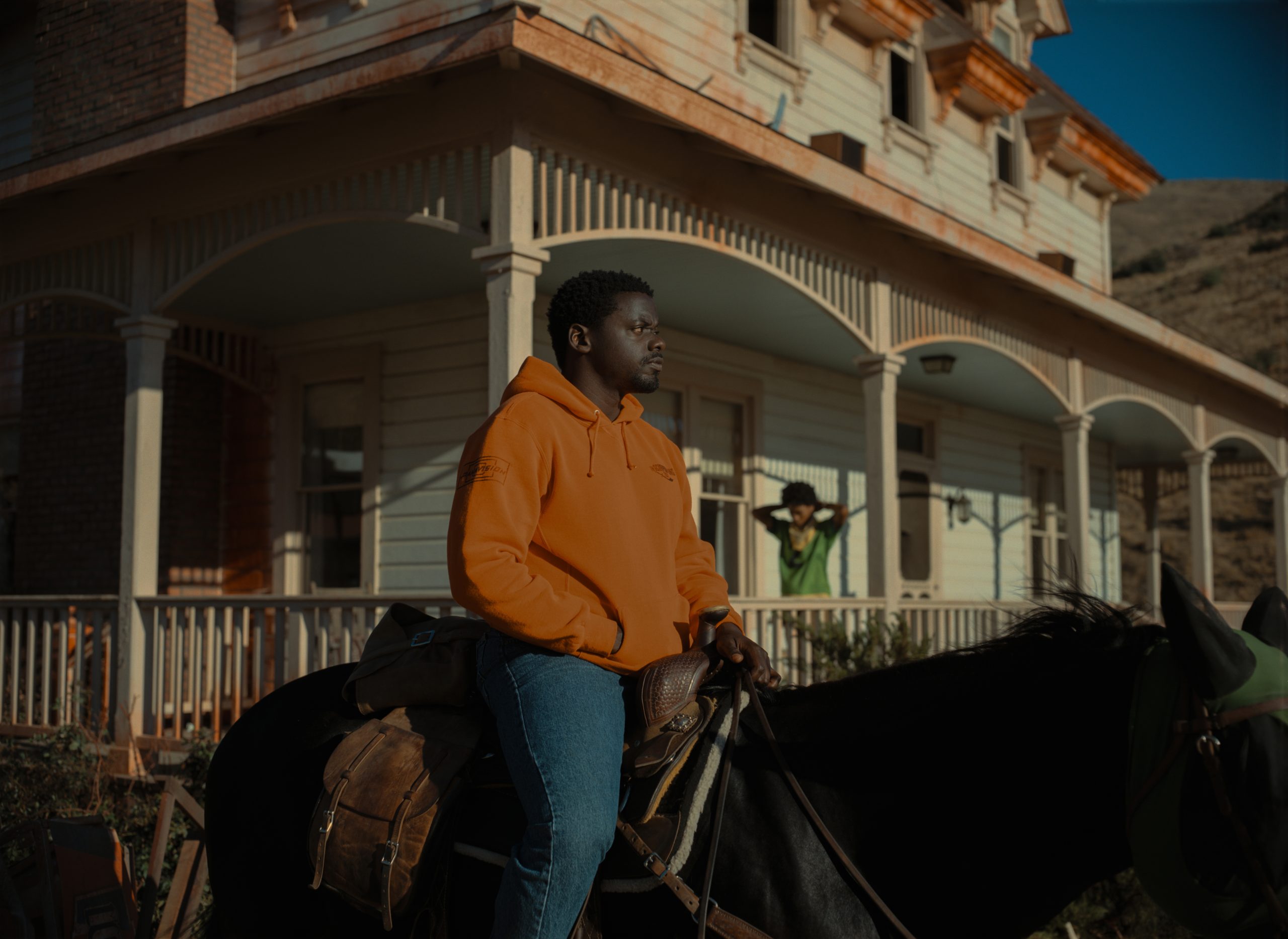 Daniel Kaluuya in Nope, written and directed by Jordan Peele.

There’s a lot to praise about Nope, but it blunders when it comes to pacing. Nope is just over two hours long but the experience feels much longer due to how the movie’s pacing keeps increasing and decreasing. In comparison, Get Out had almost perfect pacing, gradually increasing tension and leading up to the movie’s big twist. Nope suffers from many distractions, including a plot that might seem disjointed and confusing even if you’re paying attention. Jordan Peele’s obsession with allegory, symbolism and double/hidden meanings strikes again in Nope, though that’s often what his fans like most about his films.

Last but not least, the cast is unsurprisingly amazing. Daniel Kaluuya as OJ (Otis Haywood Junior) is no stranger to science fiction or horror, so it’s always great to see him doing his stuff. Keke Palmer plays his sister, Emerald Haywood, in a very enthusiastic role that may seem a bit grating to some, but she’s a great actress and no stranger to horror herself, having starred in the brilliant but short-lived Scream Queens. Meanwhile, the supporting roles are also greatly filled by the likes of Steven Yeun and Brandon Perea. However, there’s no standout performance in Nope that comes close to Daniel Kaluuya’s earlier turn in Get Out or Lupita Nyong’o’s incredible one in Us. It seems like Jordan Peele wants the movie to be the main MVP this time around.

Ultimately, it’s up to preference. If you’re a Jordan Peele fan and a huge fan of science fiction, Nope is definitely a must-watch. Big-budget sci-fi movies are always appreciated and like I previously mentioned, it’s best to go into Nope not knowing anything. Maybe you’ll find yourself peeling (sorry for the pun) back the movie’s hidden meanings and secrets.

We received an early screener of NOPE courtesy of United International Pictures Malaysia. NOPE is slated to premiere on 15 September 2022 in Malaysian cinemas.