“A lot of this really happened.”

That’s how this Amsterdam begins. It’s officially described as a crime epic but it’s actually more like a whole mix and mess of everything, sort of like a period piece whodunit mystery comedy drama film. Just like Once Upon A Time In Hollywood or other movies with a partial basis in true history, it weaves historical facts with fiction. Well, most of it is probably fiction, but at least it is based on something that actually happened. 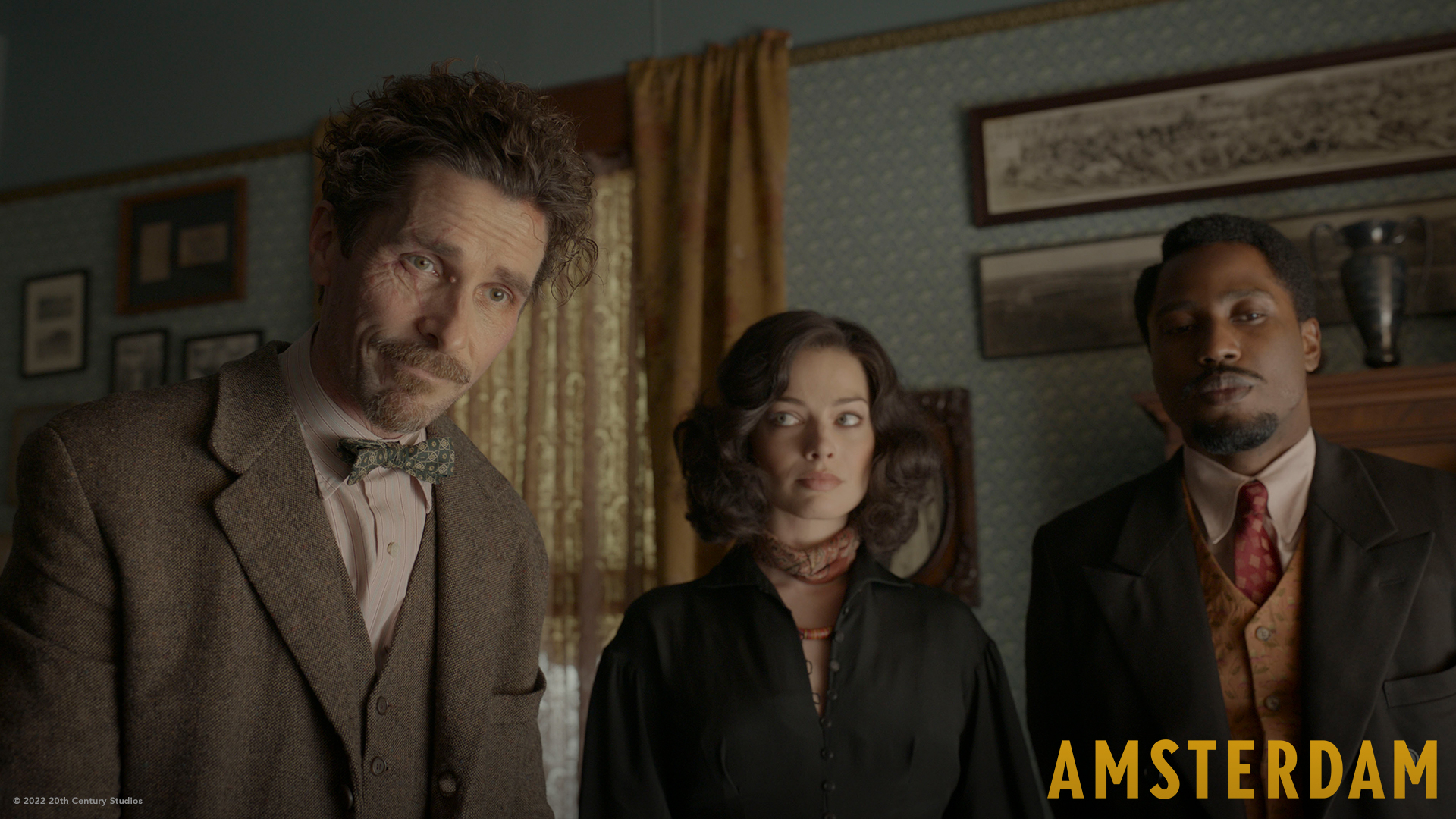 However, most of the movie’s screentime is devoted to the main protagonists; three close friends who find themselves becoming the prime suspects of a murder, which eventually leads to something bigger. Those three characters are Christian Bale’s Burt Berendsen, John David Washington as Harold Woodsman, and Margot Robbie as Valerie. They form the emotional core of the movie, while everyone else plays smaller or minor roles. As such, it’s best to know that these three are the focus of the movie, so you won’t be disappointed if you’re only watching this movie because of Anya Taylor-Joy or Raimi Malek and seeing them only having less screentime or brief appearances.

However, that’s not to say that they give bad performances, not at all. Most of them are great, and besides the main trio, the standouts include Mike Myers (a pleasant surprise, especially since it’s been so long since he’s properly starred in a big movie like this) and Robert De Niro, as well as the aforementioned Raimi Malek and Anya Taylor-Joy. They were highlights every time they were on-screen. Unfortunately, though, it can be said that the ensemble cast and their performances are probably the best things about the movie. 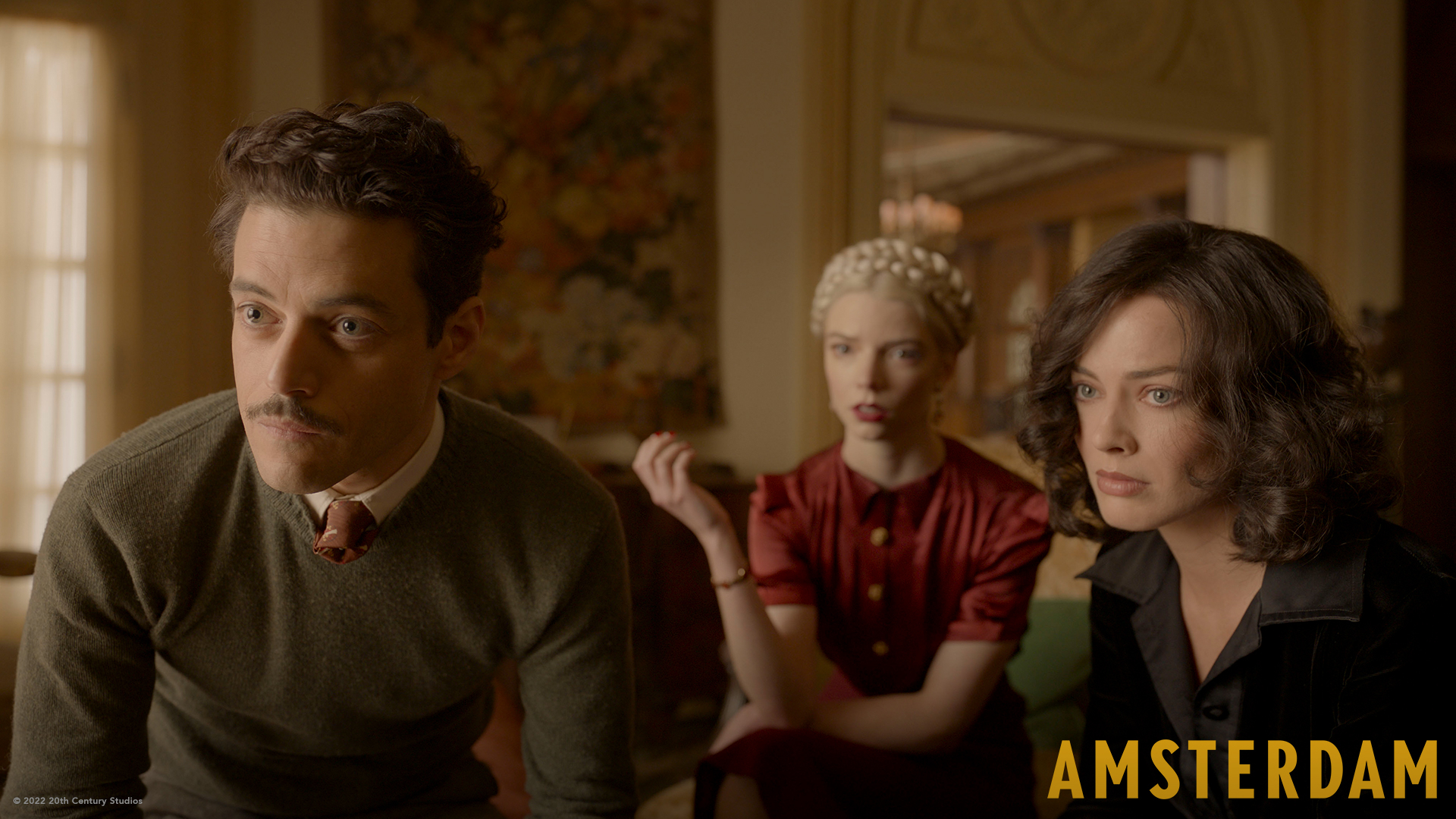 That’s because everything else is a bit of a mess. Amsterdam is two hours and 14 minutes long, but it can feel closer to three hours. Why? It’s because the narrative and plot can feel disjointed and all over the place. The first half and the second half of the movie feel like they belong to two different movies. A large duration of the movie feels like it’s meandering and going nowhere, until suddenly the third act hits and bam, it finally gets interesting. That does result in pacing that can feel plodding if you’re not invested in what’s happening, which is probably what many viewers will feel during the first half of the movie. The movie also suffers from some jarring editing choices that result in scenes sometimes being choppy.

Of course, I can’t (and won’t) spoil the story or anything specific that happens, but despite how messy Amsterdam is, the history buff in me likes the third act and climax. It very loosely adapts an obscure historical event that not many know about because it sounds like a nutty conspiracy theory, but the thing is, it actually happened (if you really want to know, it’s this event, so only click that link if you don’t mind spoilers or if you’ve already watched the movie). In addition, despite being a messy movie in terms of tone, the overall themes explored in the movie are timely (touching on fascism, racism, the plight of veterans, etc.) in the current political climate and state of the world, similar to something like Adam McKay’s recent movie, Don’t Look Up. 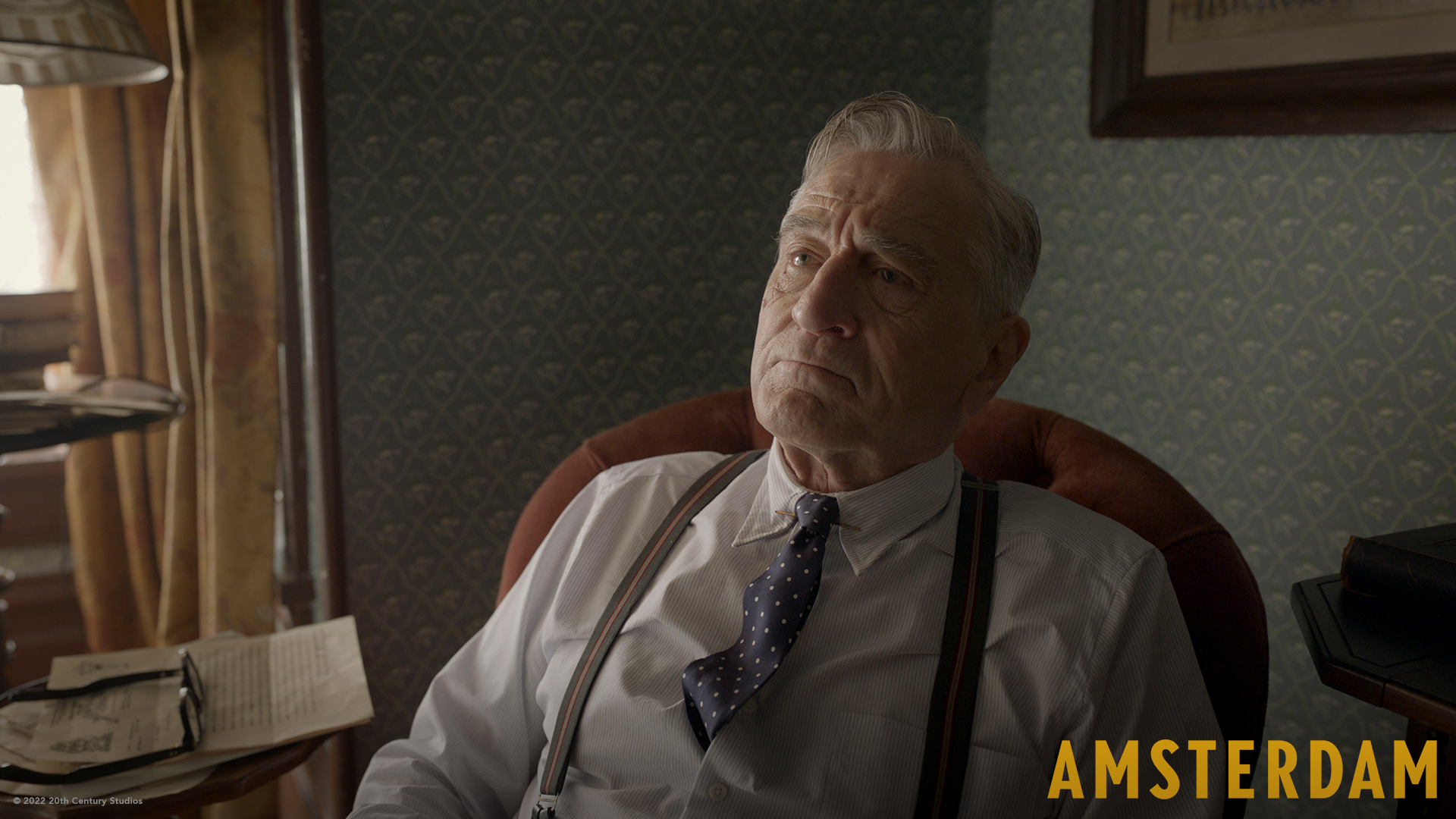 Director David O. Russell is best known for award-winning movies like Silver Linings Playbook and American Hustle. His last movie was almost a decade ago; 2015’s Joy. While the timeliness of its story themes and its impressive ensemble can be appreciated, it’s still hard to overlook how messy and incoherent the movie as a whole can be. With tighter editing and perhaps other improvements to the script or whatnot, Amsterdam could have been a much more entertaining film. Oh, and the movie isn’t actually set in Amsterdam, so that’s another bummer.

We received an early screener of Amsterdam courtesy of Walt Disney Studios Malaysia. Amsterdam is slated to premiere on 6 October 2022 in Malaysian cinemas.

Disney Plus animated series Star Wars The Bad Batch is slated to premiere with its 70-minute first episode on 4 May 2021, which is also known as the a...

News
Nintendo's Craziest Idea For 2018 Involves Cardboard. Lots Of It.

The Big N that birthed Mario figured it coud one-up Google's VR cardboard. How, you may ask? By letting you slot your Nintendo Switch into different a...

Reviews
Is 2020's Battletoads The Retro Callback We Deserve?

Platform(s): PC, Xbox One Genre: 2D beat-em-up with a LOT of racing and minigame bits spliced in Throwbacks to 90s games can be tricky to design. You...