Today, Team HAQ went against all odds and has been crowned the Mobile Legends: Bang Bang champions of Malaysia in the Mobile legends Professional League Malaysia (MPL MY) Season 10 league. Saying that this is an incredible cinderella story kind of undersells the entire narrative.

Held at Quill City Mall Concourse, and throughout four days, over 10,200 offline audiences cheered on for the local teams vying for the lion’s share of the US$100,000 prize pool. The MPL MY league also received the title of the ‘longest-running esports tournament’ from the Malaysia Book of Records, which was awarded during the prize presentation ceremony.

Another historic achievement was also made at MPL Malaysia Season 10’s Grand Finals Match between Team HAQ and TODAK, with the peak-concurrent viewership breaking through to 233,609—a 62.5% increase from last season (143,783).

Team HAQ led with a score of 4–2 and continued to play very unorthodox heroes, including Eudora, stunning TODAK and the offline crowd of 3,700—during the Grand Finals—with lightning-quick victories. 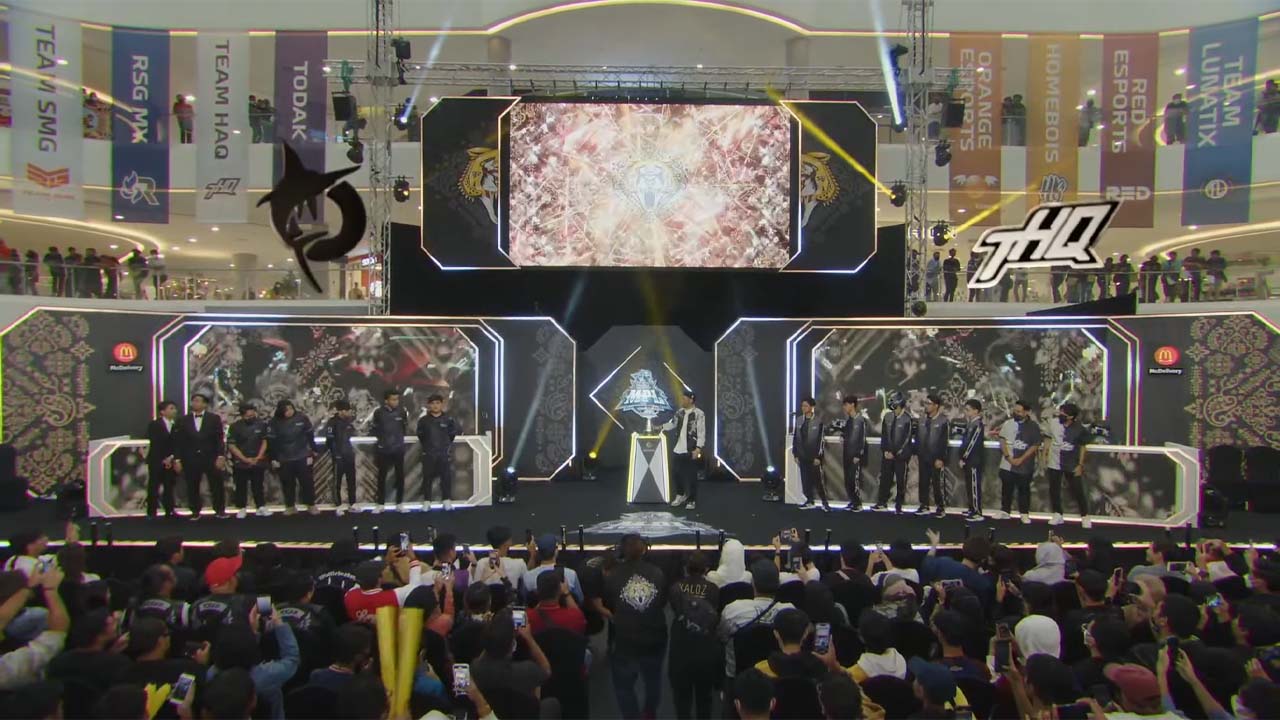 Originally picked up at the beginning of the year, the roster was then signed by Orange Esports in February, the team rostered a few familiar faces in Muhammad “Garyy” Syafizan and the Zairie twins (Aiman “Mann” Zairie & Aimin “Minn” Zairie). After placing second in Season 9 earlier this year, the roster returned to Team HAQ (THQ) in June with the acquisition of Chun Wai “Panda” Poh and Mohamad “Lolla” Nilzaihan—the latter of which was formerly a substitute for the team.

The team had a pretty average start to the season, losing to the favourites to take it all in TODAK. Managing to fight tooth and nail to make it to the Playoffs with the 2nd seed, THQ would quickly get knocked down into the lower bracket by none other than the other contender to win the tournament, Orange Esports.

From then on out, it was an uphill battle for the THQ boys. After sweeping RED Esports and RSG Malaysia, THQ would get their chance to face Orange Esports once again after THQ had beaten them in the upper bracket final, solidifying their spot in the Grand Final.

After defeating them in a convincing 3–1 fashion, THQ would go on to face their biggest challenge from throughout the season, TODAK.

TODAK had continued their unbroken attendance streak for the world championship, having been present for the first M Series held at Axiata Arena, Kuala Lumpur, Malaysia. The team was known as dark horses in the earlier days of MPL Malaysia and has made themselves a known esports household name, considered by many to be the fan favourites of Malaysia.

THQ started hot by absolutely dominating TODAK, gaining a pretty uncontested two-game advantage. With the series 2–0, TODAK had their backs against the wall, and when you do that to a hungry team full of veterans, of course, they’re going to bite back.

TODAK take two games of their own, the first of which was a Minotaur pick that completely threw THQ off-guard. After their second loss, THQ decided to give TODAK a taste of their own medicine and blind-picked a Diggie which got them to tournament point.

In what would be the last match of the series, THQ decided to again, surprise TODAK with another blind pick, this time it being Eudora. Although not having as much impact as Garyy’s Karina, THQ ultimately won the series and was crowned MPL MY Season 10 champions, winning THQ’s first-ever MPL championship in the organisation’s first appearance in the league. Along with this, Garyy was crowned the MPL MY Grand Final’s MVP and deservingly so.

Facebook have launched their Facebook Gaming app on Google Play, with an iOS version to come after Apple's approval. It's described as "a focused, ga...

During Nintendo Direct September 2022, Nintendo announced Pikmin 4, the sequel to 2013's Pikmin 3. There are no details or information as of yet. ...