Simulacra 3 Is Kaigan Games’ Spookiest & Most Ambitious Game Yet

Malaysian developer Kaigan Games is best known for ‘found phone’ horror games 2016’s Sara Is Missing, 2017’s Simulacra and 2019’s Simulacra 2 and 2021’s Doctor Who And The Lonely Assassins (check out our review here). They’ve returned with the same formula, but Simulacra 3 is perhaps their most ambitious one yet.

Your Phone Is Haunted 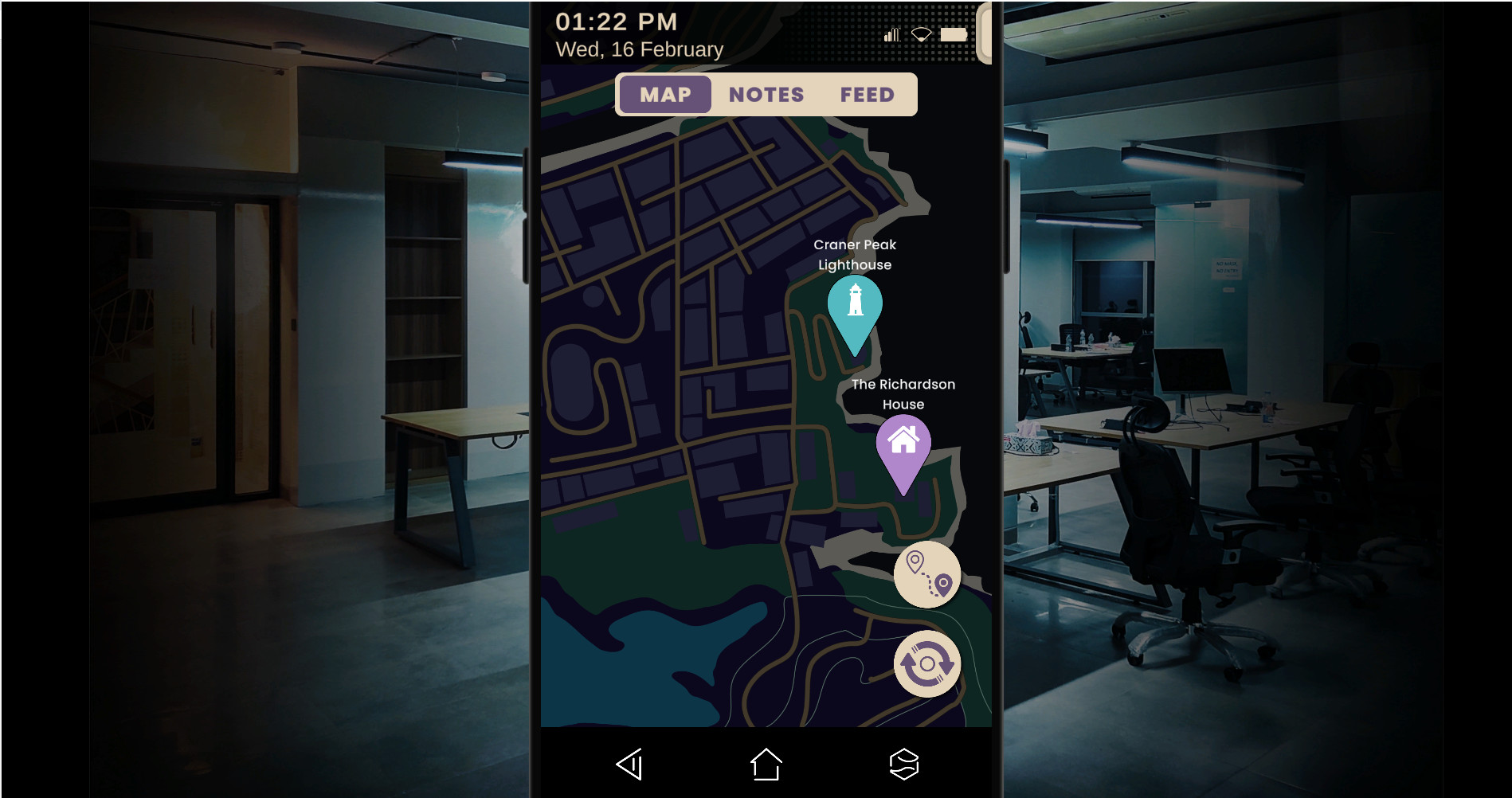 In the town of Stonecreek, people are vanishing into thin air, leaving nothing behind but strange symbols where they were last seen. Rumours swirl that it is Beldam, the ghost of a witch that once haunted the streets of Stonecreek. You are the intern at the local paper, tasked with assisting a journalist named Ruby Myers in her investigation into the disappearances. Your only lead is the phone of the missing Paul Castillo, a software developer, an amateur historian of the town, and one of Ruby’s sources. While Ruby does the legwork, your job is to hack into Paul’s phone for any clues left behind. You’ll have to navigate through the apps on a phone as you investigate the Beldam of Stonecreek.

In Simulacra 3, you’ll see your actions play out in real-time, as well as react to video calls in real-time. Here’s how the game works; you basically have access to Paul’s phone, so you’ll have to go through his contacts, messages, emails, pictures, videos and even browsing history contained inside to slowly solve the mystery at hand. Each clue you find will have to be scanned and applied in the Atlas mechanic in order to progress through the game. Each clue will open up more data inside the phone, and you’ll have access to more messages, pictures and the like to inspect.

The challenge of the game lies in where and when to apply those clues, especially when applying them to the game’s Atlas mechanic, where you sometimes have to even trace the mysteries from location to location chronologically to solve them. It’s great that the game doesn’t hold your hand, but the objectives can sometimes be too vague or cryptic, resulting in frustrating situations where I have no idea where to even begin. I was genuinely surprised by how out-of-the-box some of the solutions can be, though the process can be too random at times and making it an annoying experience. A lot of these puzzles will require you to memorize certain details and bits of information. I made things easier for myself by taking a picture of important clues and details for my own reference, which did make me feel somewhat like a sleuth or detective. 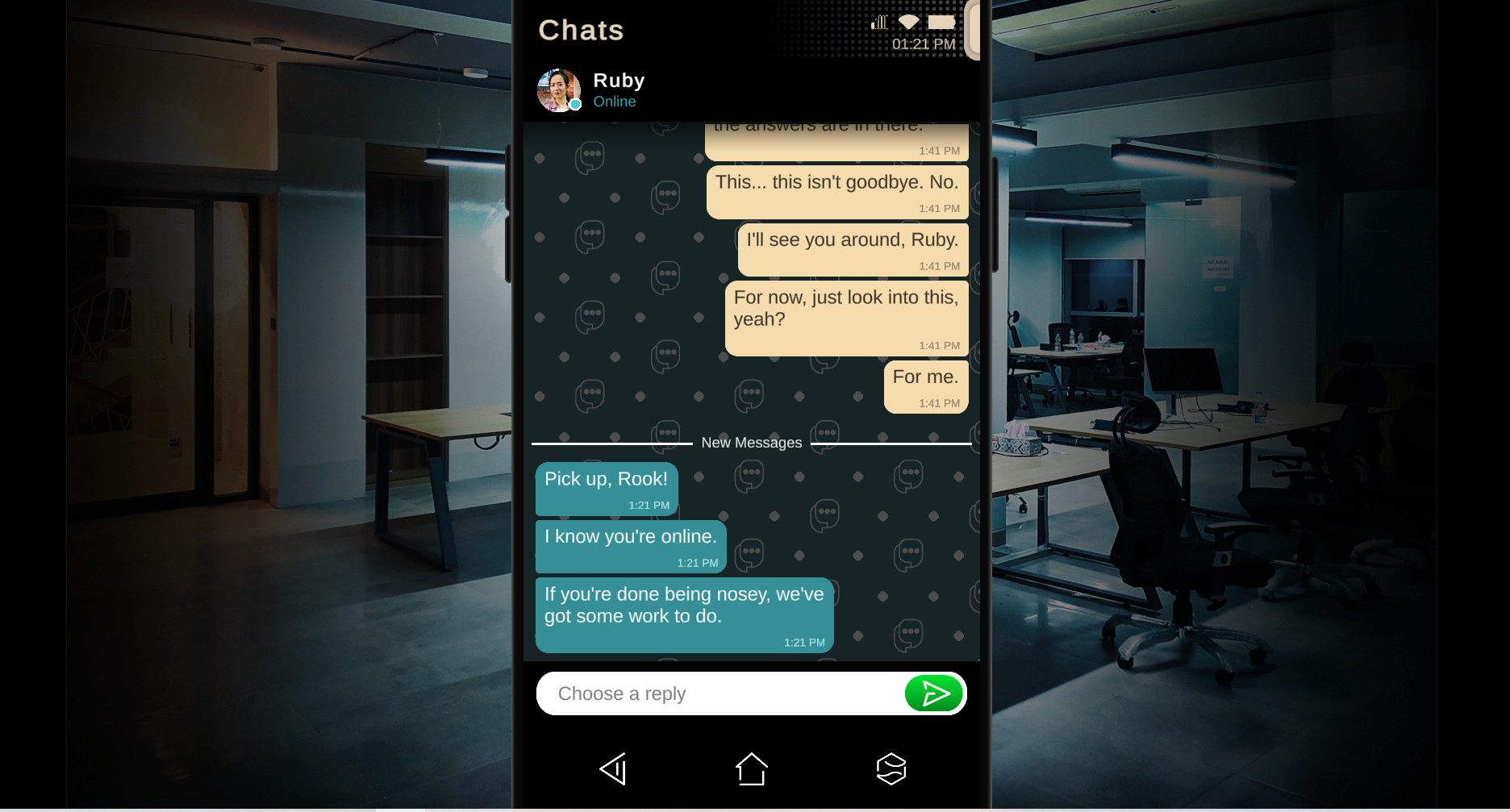 In addition, you’ll also engage with a lot of multiple-choice dialogue with Ruby and other characters. Some of them will feature meaningful choices that will actually affect the game’s narrative and ending. That’s what a lot of the game will be like, with the dialogue and interactions taking place in the form of texts and chats. If you can’t tolerate mountains of text messages, then Simulacra 3 will probably just be a chore for you.

The most interesting mechanic in the game is being able to hack into a building’s security system (including cameras) to aid Ruby in real time and help her escape from the ‘threat’ (which I can’t spoil). It felt exciting and is perhaps the most memorable part of the game. Unfortunately, this mechanic is only used once in the entire game, which is a shame. It’s unclear if this is due to budgetary reasons or time constraints, but it would be awesome if Kaigan Games continues to experiment more with unique mechanics like these.

As for the length of the game, it’s probably one of Kaigan Games’ longest games yet. It took me more than four hours (approximately five hours) to finish my first playthrough. Of course, with the multiple endings and choices, there is a fair amount of replayability with more potential hours out of Simulacra 3. In addition, there aren’t too many jump scares in Simulacra 3 compared to previous games, and the game’s music is weirdly non-existent (mostly consisting of sound effects).

They’re Calling From Inside The House 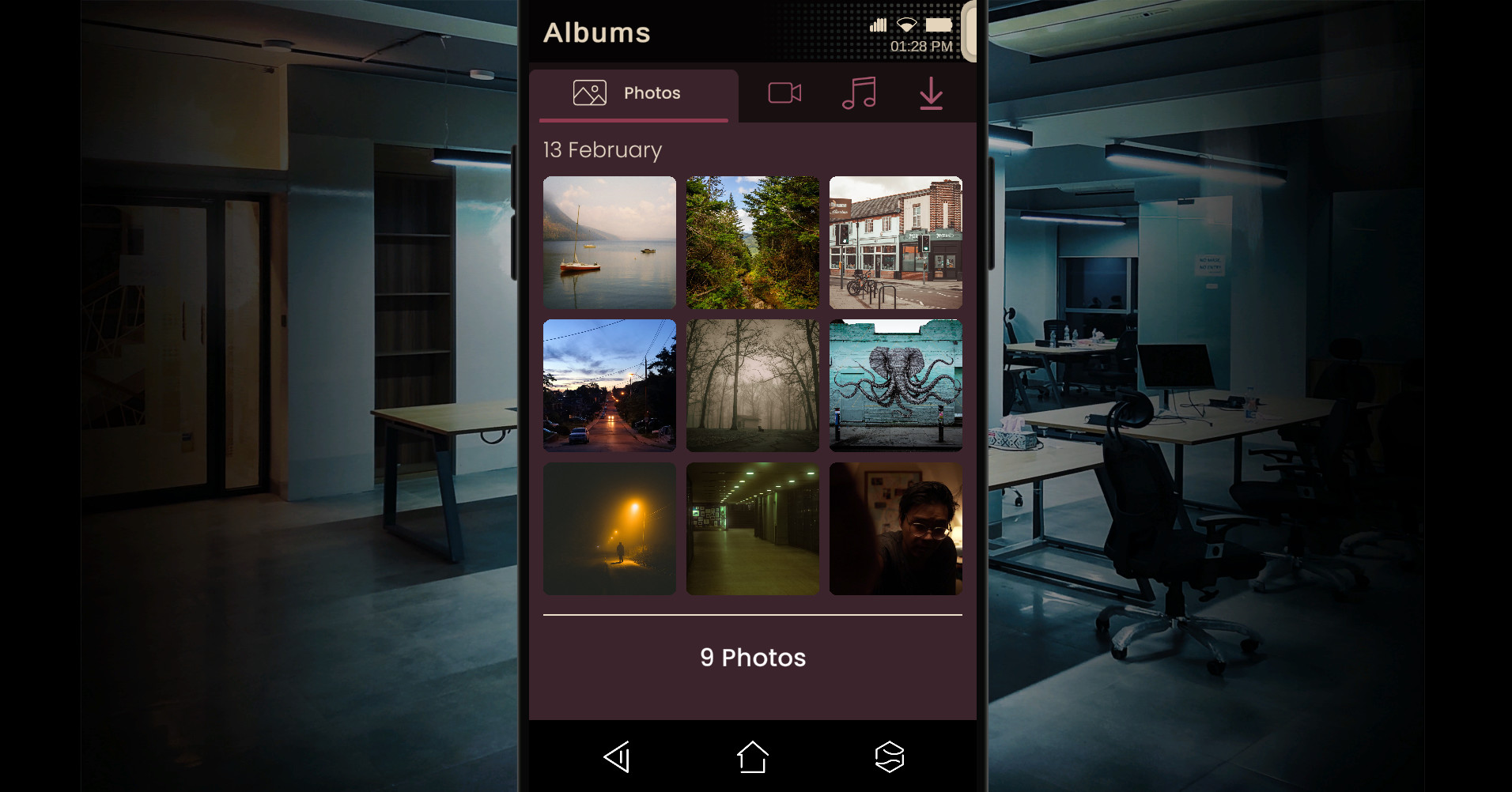 If you’re into mysteries and horror, you can’t go wrong with Simulacra 3. It’s another decent effort from the folks at Kaigan Games and it’s great to see that the Malaysian games industry is continuing to grow with more and more games worth playing.

Simulacra 3 was reviewed on Steam (PC) via a review code from publisher Neon Doctrine. It releases on PC via Steam on 25 October 2022.

Ubisoft has announced the start of the 15th anniversary celebrations for Assassin's Creed. These celebrations are an opportunity for the teams to than...

Wow, it's been 5 years since Wargaming made online F2P ship combat work with its World of Warships game. To celebrate, Wargaming has a little somethin...

Guides
The Gunk Walkthrough: How To Clean Up The Entire Planet

The Gunk is the latest game from SteamWorld developers Image & Form, and it's a lovely adventure if you're into 3D platforming and puzzle-solving....