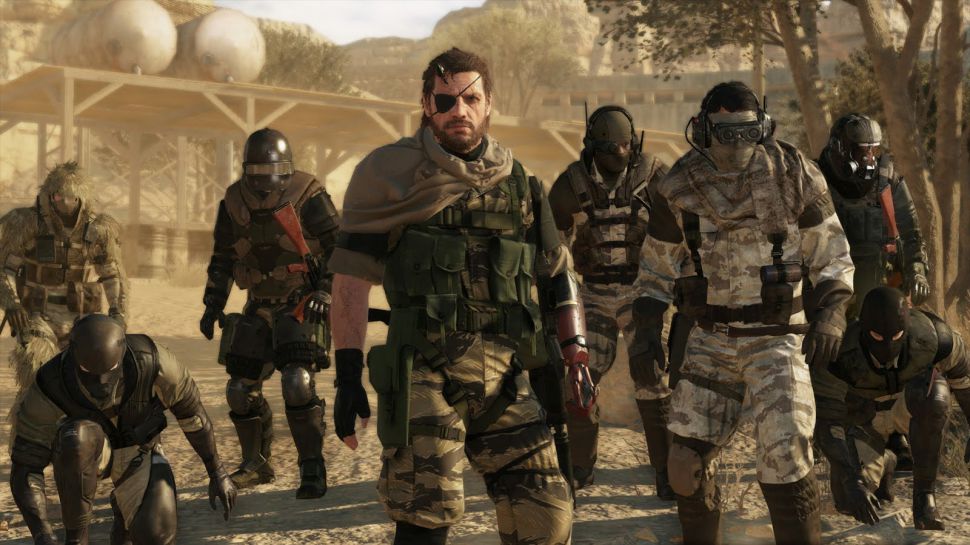 Harsh truth: Metal Gear Survive ain’t gonna survive the month. Review scores are underwhelming, your player numbers compare to about 5% of what Metal Gear Solid: The Phantom Pain was at during launch week, and you’ve consigned the biggest gaming franchise to the dumps.

You had every opportunity to turn doubters into fans again with what you had in hand post-Kojima, yet you wasted them all. The Fox engine is one of the most brilliant, versatile game engines in the market and we’ve seen what it is capable of doing with MGSV.

And you present us with this? Poking crystal-headed zombiesÂ  with a stick?

We are appalled, Konami. Contrary to popular belief, the hate and anger has nothing to do with how you treated Hideo Kojima (maybe a smidge). But it’s more due to how you squandered the chance to make Metal Gear relevant again. If you folks somehow came up with a game that brilliantly (albeit expectedly) capitalized on the Metal Gear lore, while at the same time do justice to the Fox engine, the negative sentiment would not have reached the heights they are at right now.

So today, we are going to share an idea on how to flip your fortunes around; not only to salvage whatever you can, but to also make your brand relevant again in the gaming world.

Go with the times, man. “Battle Royale” is the in-thing right now and believe it or not, there’s no definitive game for that genre despite the popularity of the two most-played titles: PlayerUnknown’s Battlegrounds and Fortnite. It’s still the Wild West out there since both games have their own issues to contend with. This is where you slip in and be the definitive leader in this highly played genre.

Konami, you have so many Metal Gear assets that you can use to create your own take on the battle royale genre, and be way ahead of the curve. Heck – I’d gladly pay RM130 (retail price for Metal Gear Survive) for a copy of ‘Metal Gear: Battle Royale‘ and then some.

You folks can’t let go of that lootbox and in-game purchases model eh? Plonk in the skins as lootbox items and watch your profits grow. We guarantee. Cuz we would gladly pay if they are worth it.Â Folks would gladly pay for a non-stat-affecting skins of Solid Snake, Big Boss, and even Revolver Ocelot which will make even the most casual of players whip out their credit cards. You have the physics of the weapons and vehicles down to pat as showcased in MGS:GZ and MGS: TPP, so it’s just a matter of asset flipping, along with adjusting how these items are accessible in-game.

Too lazy to start from scratch and afraid to miss the battle royale boat? Then just add a brand new Battle Royale mode to MGSV Online just like what Epic Games did for Fortnite! On top of the already solid player base there, make the online mode free to download for new players and watch your player base grow overnight. It ain’t rocket science.

Combine all of these and you have a game that’s prettier, more reliable and stable than PUBG and Fortnite combined. Do it, Konami!

by Soon, You Can Play A Real-Life Metal Gear Mission In Tokyo – KAKUCHOPUREI.COM in September 4, 2018
Reply

[…] where you sneak around and finish a stage undetected without any fatalities. How far has Konami gone off the deep end with their latest Metal Gear game I […]