*SPOILER ALERT* How God of War Ends, And What It Means For The Seriesâ€™ Future

After 30 hours of Norse realm exploring, Atreus-training, puzzle-solving, side-questing, and fighting, we knew that God of War had to come to an end. So let’s recap the final hour and talk at length about what it means for the franchise’s future.

No turning back now.

About That Stranger You Fought Earlier

The Stranger is Baldur. Yep, the guy who has been hunting the both of you down is one of the sons of Odin. He was ordered to take Atreus back to Asgard for reasons not known, or at least you think so at first. And guess who his mother is? 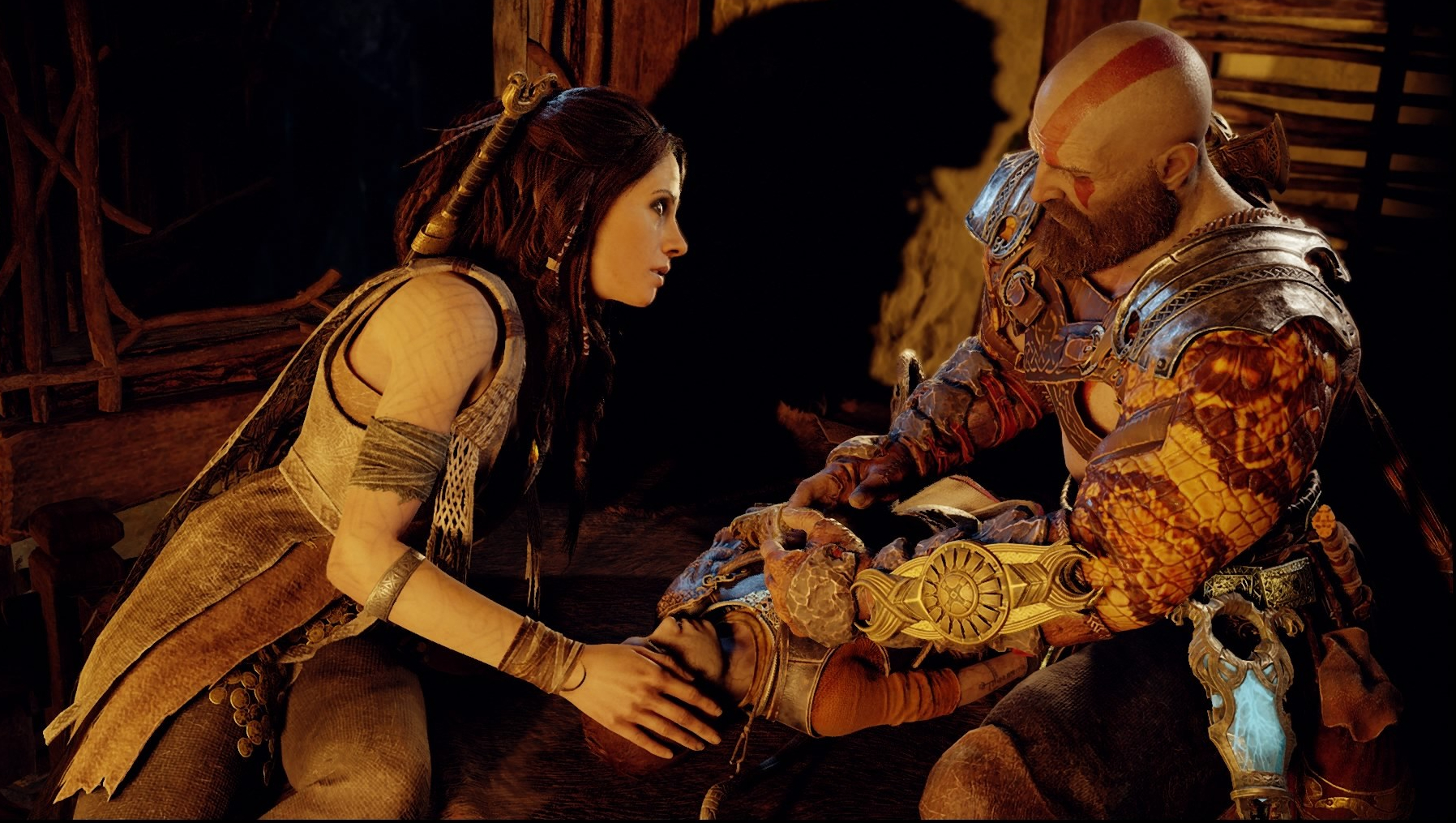 Yep, it’s the Witch of the Woods, whose real name is Freyja. And she loves her son Baldur so much that she cast a powerful spell on him to make sure he doesn’t feel, out of his own free will. Of course, Baldur does not take this benefit kindly; he can’t feel love, sense anything, and taste anything. So he goes mad and does not forgive his mom for this. It wasn’t even his choice that he got his “superpowers”; Freya thought she knew what was best for him.

And from this point on we see the bad side of parental love; the kind where one smothers their own child with your own sense of misplaced kindness and the greater good. Since Kratos too knows that Baldur’s path to vengeance holds no meaning in the end since he did kill his dad Zeus back in the first three God of War games, he intervenes when the World Serpent sends both Kratos and Atreus to an area in Midgard where one of the giants lay dead.

Thus, boss fight ensues.Â Halfway through the fight, Atreus accidentally stabs Baldur with a mistletoe harness Kratos made for him halfway in the game. This broke the spell; Baldur can now feel and sense, and also be harmed and killed. 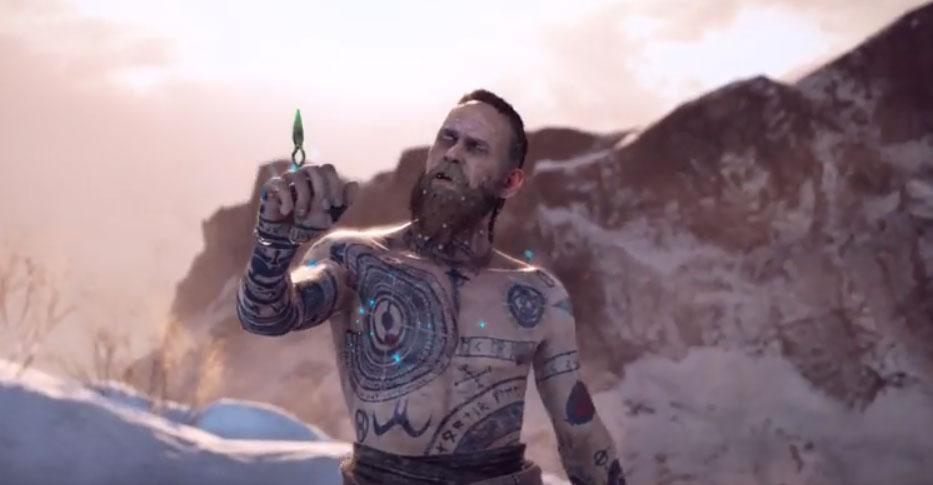 This was hinted at earlier in the game when Freyja freaked out when she saw Atreus with the mistletoe arrows he got from Sindri a while back.

Did we forget to mention that you now have the Blades of Chaos with you? Here’s a reminder of how that scene played out:

This is important because there will be fights where you need to switch between Fire and Ice attacks.Â Just like this final showdown between Kratos and Baldur. It’s a slight replay of the very first fight with him, but now he can switch between elements and toss a bunch of other new attacks at you. Oh yeah, and Freyja controls a corpse of the Stone Mason giant from an earlier stage to also throw out shockwaves in your direction.

Hope you’ve been parrying hard and well throughout the adventure because he hits friggin’ hard, especially in Hard mode. You also get to see a shitload of father-son teamwork in this fight’s climax. 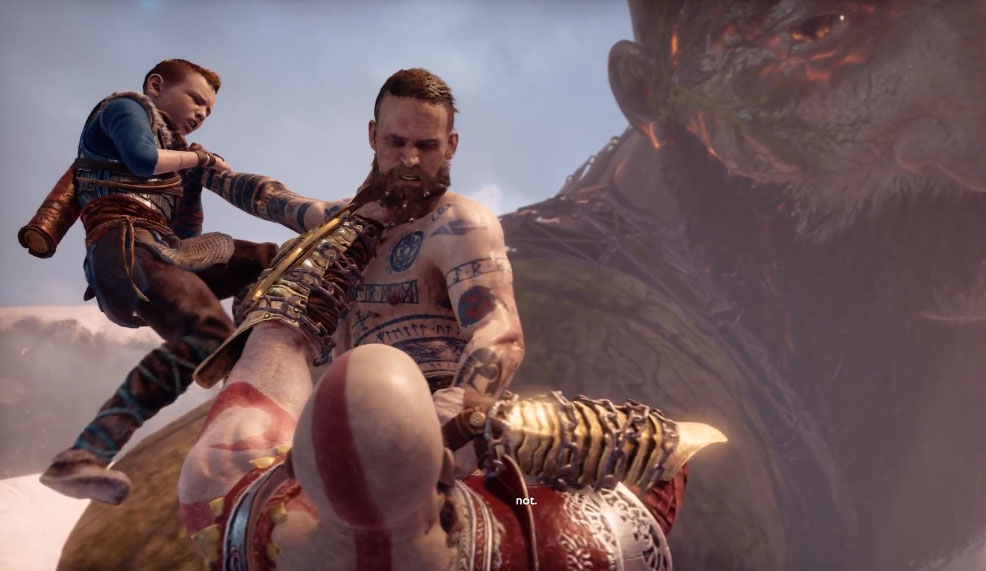 But how do the duo deal with Freya and her giant? Atreus summons the World Serpent to deal with it. See how his language skills paid off big time? Pure genius.

Once that fight is over and done with, Kratos warns Baldur to not go after them again and to not touch Freya. Freya goes to the near-spent Baldur and tries to claim forgiveness from her son. Of course, he’d rather just kill her because he is an unforgiving and insane sort of god; all that lifetime of not feeling can wreck a man’s psyche. And the crazy thing is that she wants him to do it, just to give her son what he wants. 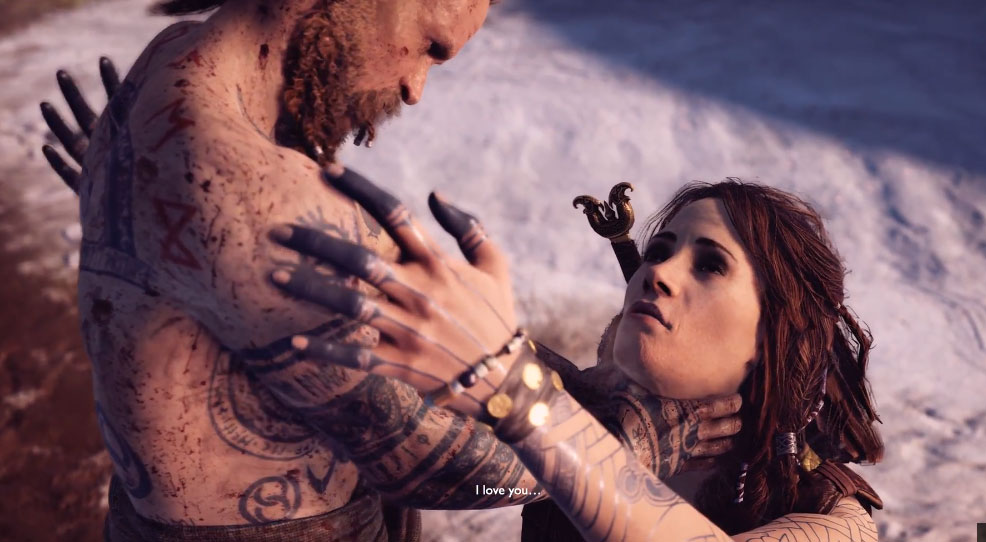 Kratos intervenes and ends the cycle of hate between him and her. In a snap. 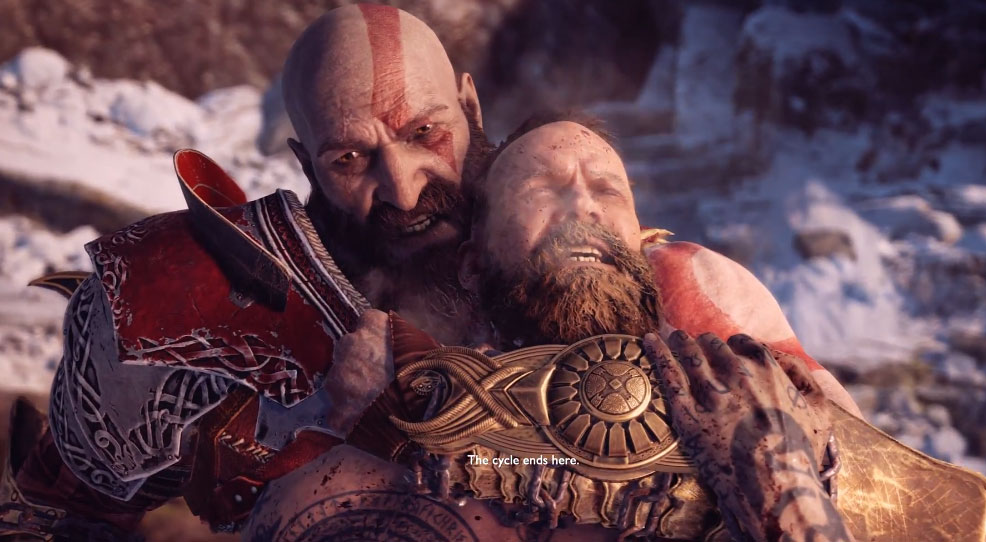 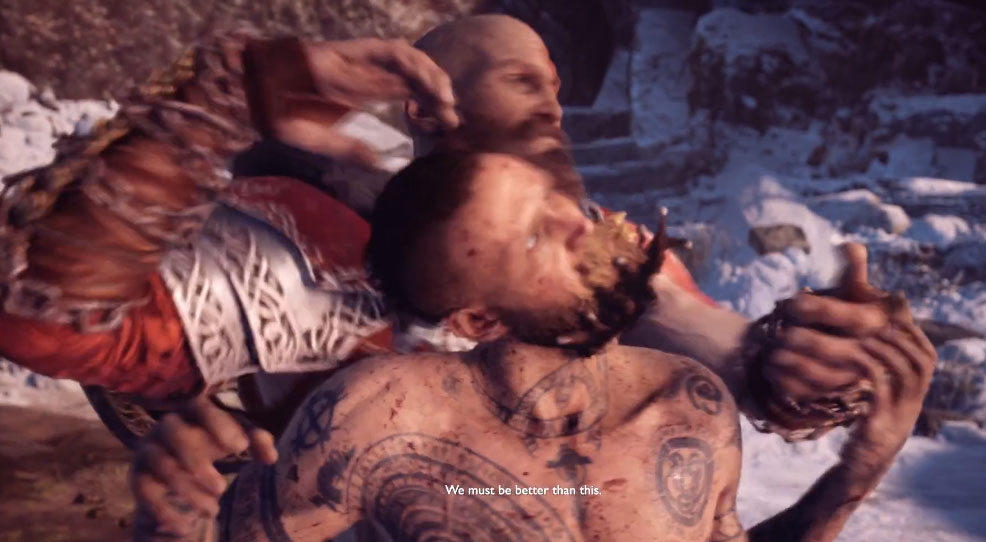 Freya is naturally pissed and swears vengeance upon Kratos and Atreus, and also passes judgment that Kratos is just an animal that passes on his rage to others. Kratos tells Atreus the truth about his heritage and adds that no matter what, Atreus will not be who he once was: a soulless god who wrecks vengeance upon the deserving and the innocent.

She then retreats. Atreus then chips in saying that what Kratos did was for the best; better to have a level-headed Freya alive than an insane Baldur among the living. They believe that she will see reason in the future, but this is a pretty big foreshadowing that Freya will be a thorn in your side in future God of War games and stories.

Please, this game will sell a ton of PS4 Pros and rightly so. Of course it’ll have a sequel.

Back to the main game. Now they can go to Jotunheim and spread the ashes of Kratos’ wife Faye. Just before that, they come across a rune filled with giant statues and, after Atreus activates it by accident, some wall carvings depicting Fey and her arguing with giants of Jotenheim (via XcageGame).

It also depicted the events that happened in the game from the World Serpent meeting to the fight with Baldur. So yeah the giants had the prophecy on their walls the whole time. And Faye was a giant all along. And a tucked-away prophecy of Kratos laying dead while Atreus has (I think) a World Serpent coming out of his mouth.

Oh, and the game revealed that Atreus’ original name is Loki, since that’s what the giants called him on the earlier mural. Kratos, Mimir, and Atreus do not know what the significance of the name is, but we do. And most likely Baldur, Thor, and Odin. If you know your Norse mythology, Faye is probably the short version of her real name: Laufey. I totally dig how this was all revealed in layers bit by bit, and also adhering to actual Norse mythology.

If you go back to your place and rest, you’ll see a tease years later where Kratos and Atreus get paid a visit from a certain Norse god of thunder and lightning. 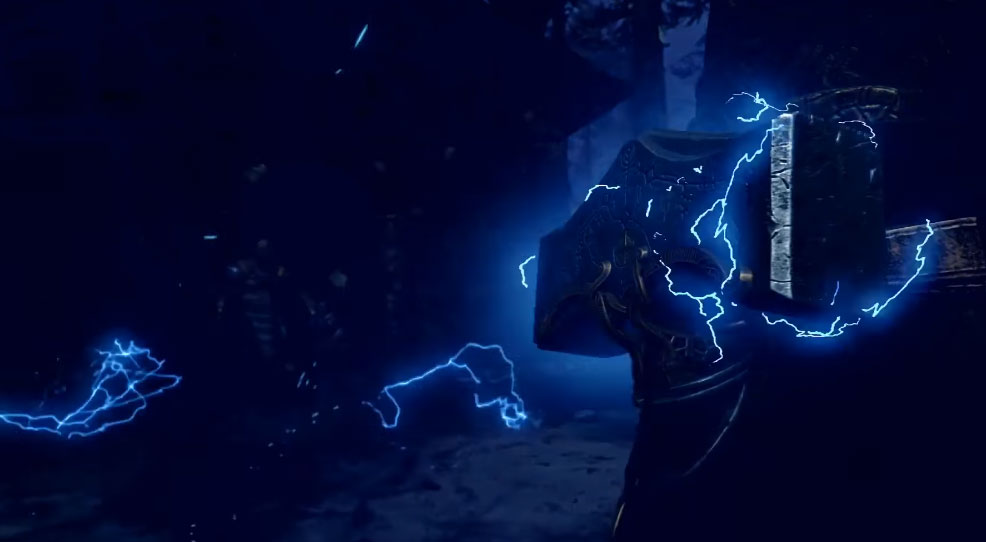 So What’s In Store For Kratos & Atreus Next?

Iâ€™m sure you wonâ€™t want to waste time sifting through HBO GOâ€™s extensive catalogue of shows and movies just to decide on what to ...

The Borderlands anniversary celebration is still ongoing and this week, the Borderlands 3 event this time is the Rare Spawn Hunt. From 8 October to 14...