With Valorant welcoming its Episode 5 Act 3 on 18 October, it also introduces another new agent to expand the ever-diverse and growing playable roster.

A new Act obviously means a new battlepass with a boatload of new skins, this time Riot has three new collections of skins. 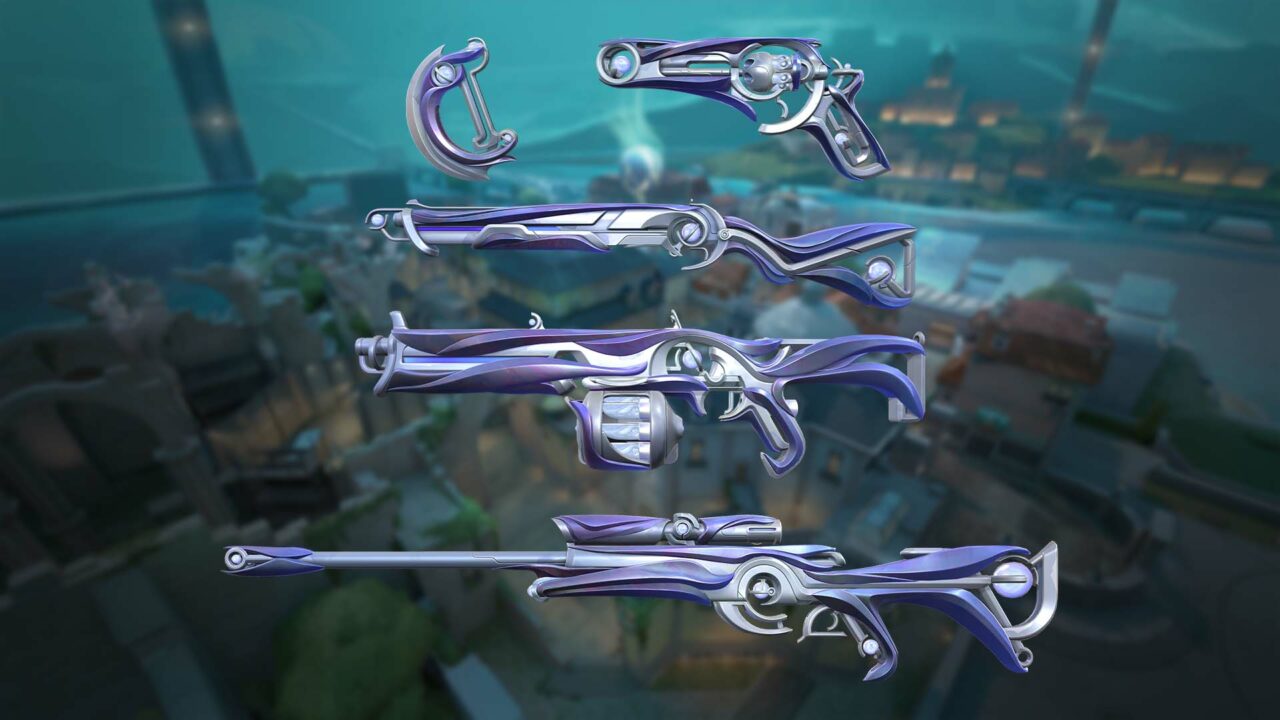 First, we have the Iridian Thorn set, the most extensive collection of the three with skins for five different weapons.

“For this Battlepass, we were inspired by the adventurous nature of our newest Agent, Harbor. We wanted to fill this pass with items that gave a feeling of mystery and beauty. For example, with the Iridian Thorn skinline we were trying to create weapons that felt like a fusion between ancient technology and the natural mystery of a rare flower.” 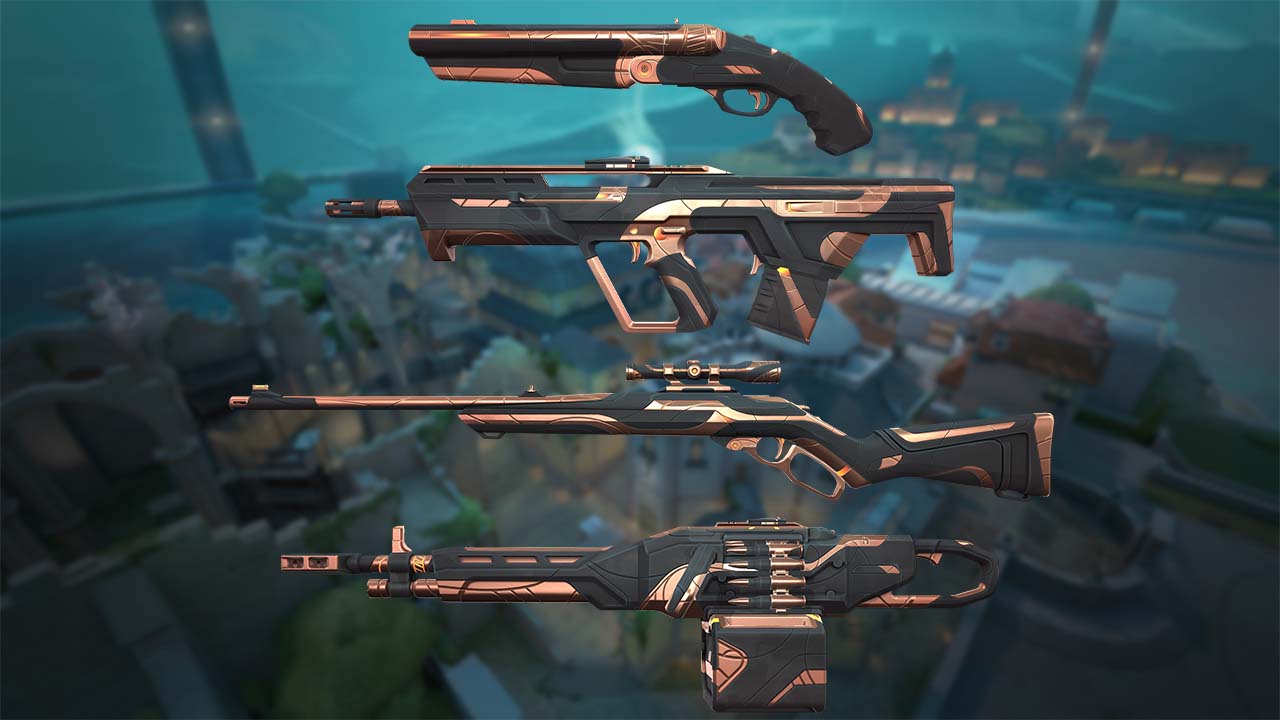 Next, we have the more affordable line of skins, the Rune Stone collection. Featured for eco-guns such as the Shorty, Bulldog, Marshal and Oden, they’re covered in a combination of dark gun-metal grey and bronze. 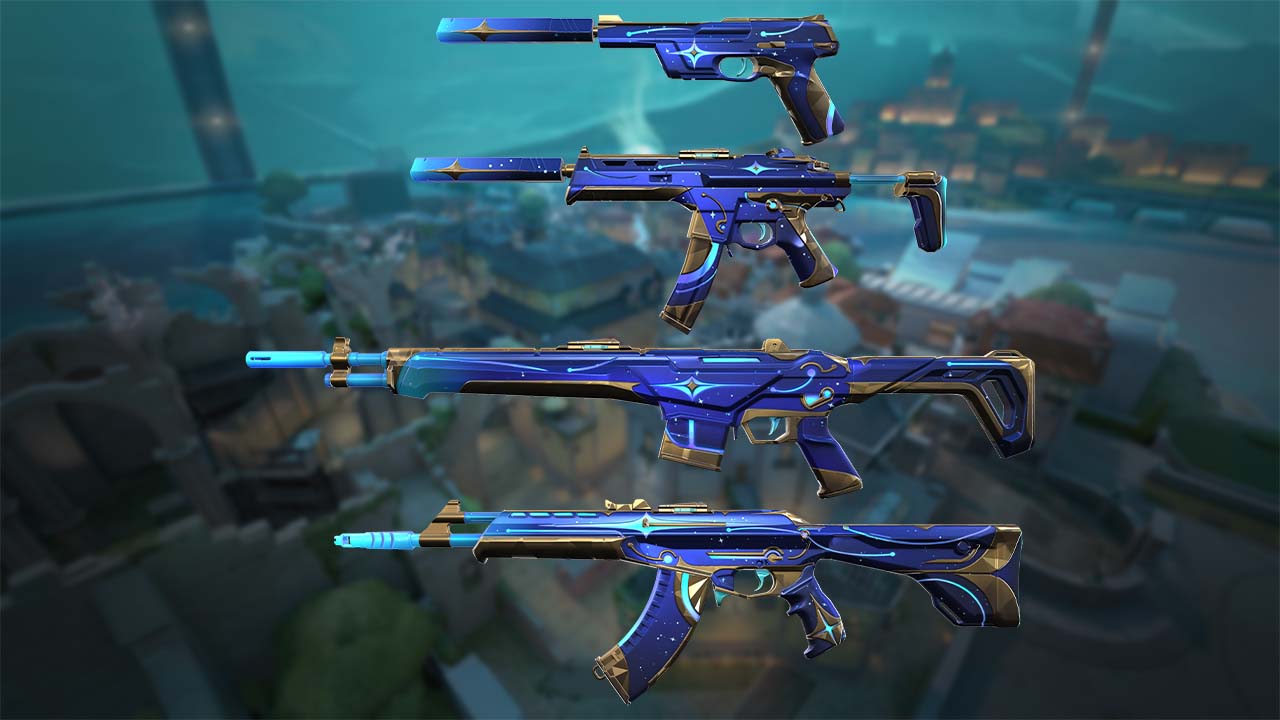 And lastly, we have the variant skinline, the Starlit Odyssey collection. Featured for the more popular guns in the Ghost, Spectre, Guardian and Vandal, this skinline has three other variants

“At the same time, we have Starlit Odyssey, the skinline with variants in this battlepass. This skinline takes cues from the tradition of adventurers using the stars to navigate their way to their destination.” 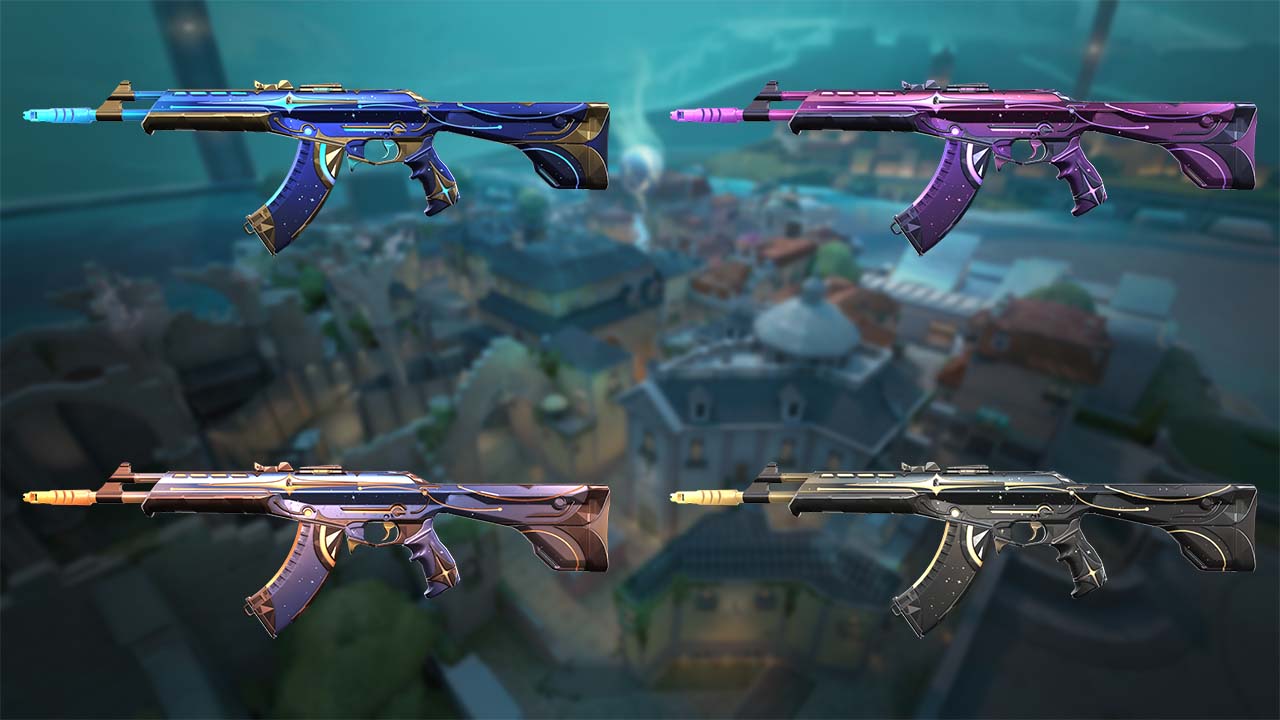 Hailing from India’s coast, Harbor storms the field wielding ancient technology with dominion over water. He unleashes frothing rapids and crushing waves to shield his allies and pummel those that oppose him.

High Tide (E) – EQUIP a wall of water. FIRE to send the water forward along the ground. HOLD FIRE to guide the water in the direction of your crosshair, passing through the world, and spawning a wall along the water’s path. ALT FIRE while bending to stop the water early. Players hit are SLOWED.

Cascade (C) – EQUIP a wave of water. FIRE to send the wave rolling forward and through walls. RE-USE to stop the wave. Players hit are SLOWED.

Reckoning (X) – EQUIP the full power of your Artifact. FIRE to summon a geyser pool on the ground. Enemy players in the area are targeted by successive geyser strikes. Players caught within a strike are CONCUSSED.

I'm sure you won't want to waste time sifting through HBO GO's extensive catalogue of shows and movies just to decide on what to watch. The streaming ...

Reviews
Aluna: Sentinel of the Shards Is Textbook "You Get What You Paid For" Material

Platform: PC Genre: Isometric Action RPGÂ  If there's something I love about the Simple 2000 bargain bin games, it's that you get what you pay f...

After lots of trailers, announcements, and leaks, we're finally just a few days away from the release of PokÃ©mon Sword and Shield. For PokÃ©mon f...