Looking Back At Spider-Man: Web of Shadows – An Underrated If Flawed Experience

The new Spider-Man for the PS4 is coming out this week. And yes, it looks amazing (so far). However, aside from Spider-Man 2 and maybe Ultimate Spider-Man, most games based on everyoneâ€™s favourite wall-crawler usually range from the ones that are just above average in quality, to the ones that are downright dreadful gaming experiences.

Unlike DCâ€™s favourite son Batman, Spidey has yet to find its masterpiece. Even the much revered Spider-Man 2 had its faults that deterred it from becoming an absolute classic.

Hereâ€™s a hot take; we love Spider-Man 2 because it was the best out of the bunch, not because it was the magnum opus of the huge list of Spider-Man games. It had issues like the awkward combat, the nauseating indoor sections (thanks to the uncooperative camera) and the awful voice acting featuring the actors from the movie itself.

It was the one with the least problems but more importantly, the devs behind the game, Treyarch, got the swinging utterly right, which made it an important entry in a catalogue of missed opportunities within the Spider-Man name.

Which is why Spider-Man: Web of Shadows for the PS3, Xbox 360, PC and the Wii is kind of special for me. Donâ€™t get me wrong. The review scores & the Metacritic average are an accurate representation of the gameâ€™s quality.

Itâ€™s not a stellar game, even by the already mediocre standards set by most of the other Spider-Man games across generations of consoles. But there are things done in this much-overlooked title, both bad and good, that developers looking at the beloved superhero can learn from in the future. 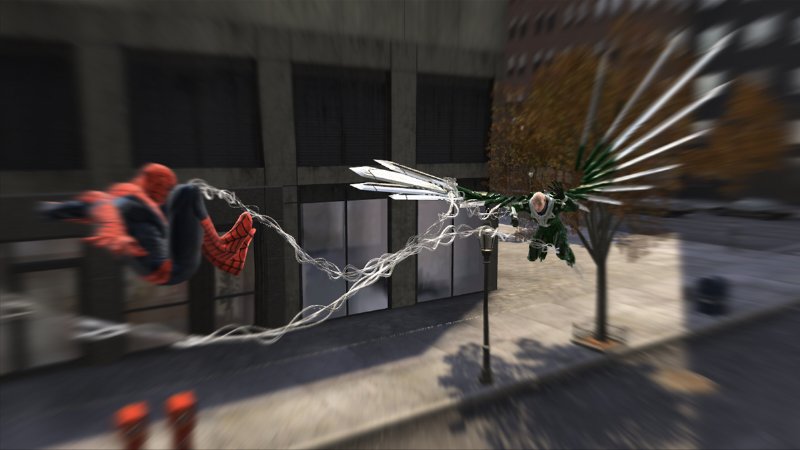 In the comics Spider-Man spends a lot of the time in the air, planning as he hurls himself (or is hurled) around to create breathing space, readying towards his next move. Spideyâ€™s villains mostly have the ability to stay in the air like Vulture, the Goblins and even if they canâ€™t, they sure as hell can jump enormous heights like the symbiote bros.

Which is why it is disappointing to see most games feature the webhead glued to the ground, with some even giving the Arkham Asylum treatment when it comes to combat, moving our hero in grids to help make combat feel more fluid (including this upcoming PS4 exclusive it seems). You only get to see the quick time events or some of the fancy character animations kick in and lift Spider-Man off the ground once in a while, but theyâ€™re not really alternative means of dispatching the baddies. 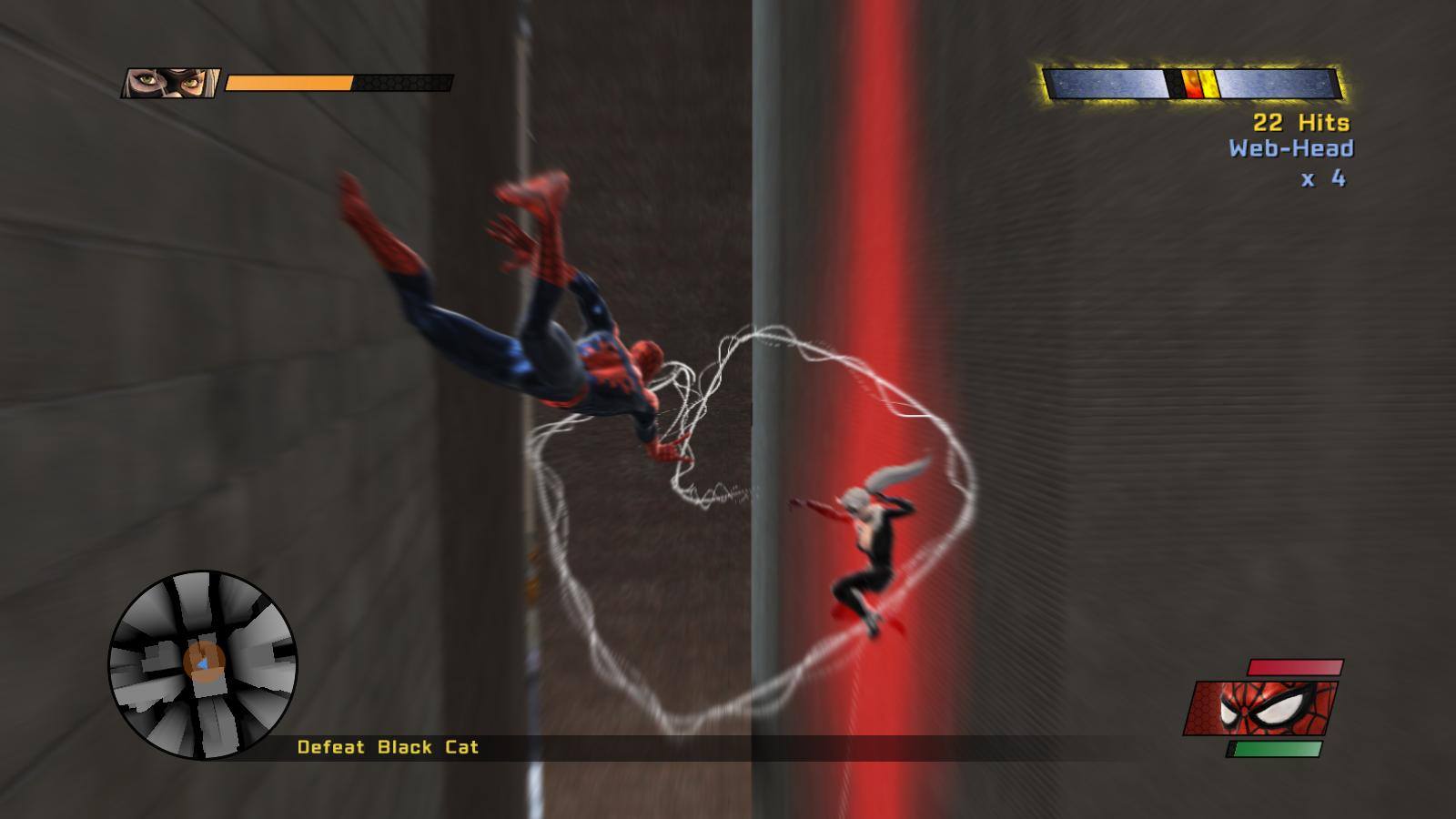 Unfortunately, this includes Spider-Man 2 as well. It wasnâ€™t really ham-fisted, it had great ideas that are perhaps limited to the hardware at the time, but the bigger issue was that the controls for aerial moves were clunky, despite the variety of moves that the game allows you to pull off in the air. I remember ending up using mostly ground attacks and counterattacking using the spider sense a lot since they were more effective.

In Web of Shadows, the Web Strike simplifies the need for complicated button presses to perform moves, to one that requires more focus on timing. Pressing the Triangle/Y button launches Spider-Man up in the air and into a stylish bullet time thrust towards the targeted enemy, and with another button press again at the right time, Spider-Man pulls off a string of stylish melee attacks, depending on the button you press as you place him just before landing on the enemy.

What ensues is a parade of over the top, almost brutal display of strength and unrestrained dexterity only the wall-crawler can demonstrate. Add the totally bonkers physics where objects explode so easily around Spidey and youâ€™ll chuckle in delight at how much fun this game can be without the boundaries of gritty realism.

Sure, these neat mechanics felt more like an afterthought later on, considering that the devs didnâ€™t really constantly accommodate these moves that you can upgrade for Spider-Man. The game introduces this ability early on, but it was sorely underdeveloped for later boss encounters, so it ends up being repetitive instead of something that is rewarding when mastered. Still looks so damn stylish though. 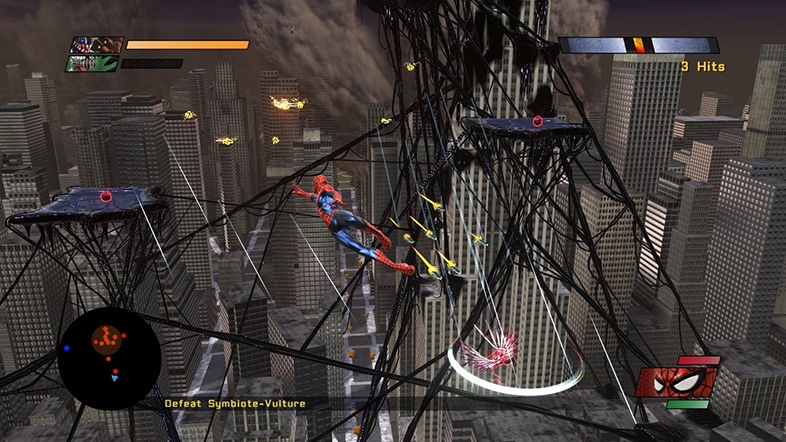 It is obvious the folks behind this game are huge Spider-Man fans. The game is littered with references and nods from the many pages in the comics featuring the Spider-Man.

Okay, so not all of the fanservice and nods were good. Moon Knight was severely wasted alongside some of the character cameos from the Marvel universe, but there is a nice little boss fight against Wolverine that I felt was a pretty good easter egg moment. Wolvie doubts youâ€™re the real Spider-Man, so he pops a few questions from the comics to ascertain your identity. 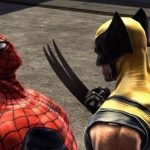 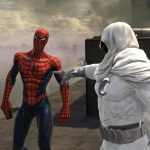 The questions can be painfully easy or hilariously obscure ones that only real fans can answer. Itâ€™s silly, but it blends well with the symbiote identity narrative.

Itâ€™s understandable that Insomniacâ€™s new Spider-Man game steers clear (-ish? ~KKP) from this juvenile approach. Theyâ€™re going for a proper storytelling quality that can rival the cinematic live-action releases of the character. This could be Spideyâ€™s own Arkham Asylum to kick off another successful superhero franchise in video gaming. Still, canâ€™t hurt to put some easter eggs for some rare moments of levity for our hero, can it?

Web of Shadows will be probably be left in the pile of forgotten titles featuring Spider-Man, and with the new Spider-Man for the PS4 looming in, there is no way this silly little write-up will convince anyone to try out this extremely flawed effort from the now-defunct Shaba Games.

Which is a shame, really. At the end of it all, Iâ€™m pretty sure those of us that did give the game a chance found a decent experience of surprising highs that was buried within a mountain of unfortunate blemishes.

The indie gaming field is missing a fashion-savvy first-person shooter that's tailored like a 90s title. Thanks to publisher No More Robots and develo...

Feature,News
From Game of Thrones to Mario: Here's All Our Video Game & Pop Culture Shoes

We've seen a lot of video game and pop culture shoes over the years; everything ranging from Game Of Thrones and Star Wars to PlayStation and Nintend...

Feature
Comics To Check Out If You Like Invincible, The Boys, Jupiter's Legacy, & Evil Supermen

Whatâ€™s the big deal about The Boys, Invincible, and Jupiter's Legacy? They're just more superhero stuff, right? Not exactly. Why are all the...