The Overwatch League player musical chairs continues as two DPS mains switched teams earlier today. First up is Nam-jooÂ “Striker”Â Kwon who left Boston Uprising to beef up the Korean contingent at San Francisco Shock. Joining his Korean compatriots in Architect, ChoiHyoBin, smurf, Viol2t and Rascal in San Francisco, Striker’s departure was an odd one considering he’s been the Uprising’s standout performer towards the end of Season 1.

Today we bid farewell to @STRIKER_OW.

Thank you for your hard work and we wish you the best with @SFShock.

Excited for their latest acquisition, the Shock welcomed Striker with the following skit:

Chef @ShockCrusty is cooking something special for Season 2 of @OverwatchLeague…

One ingredient was missing… Until now pic.twitter.com/dhO5Rq6tGx 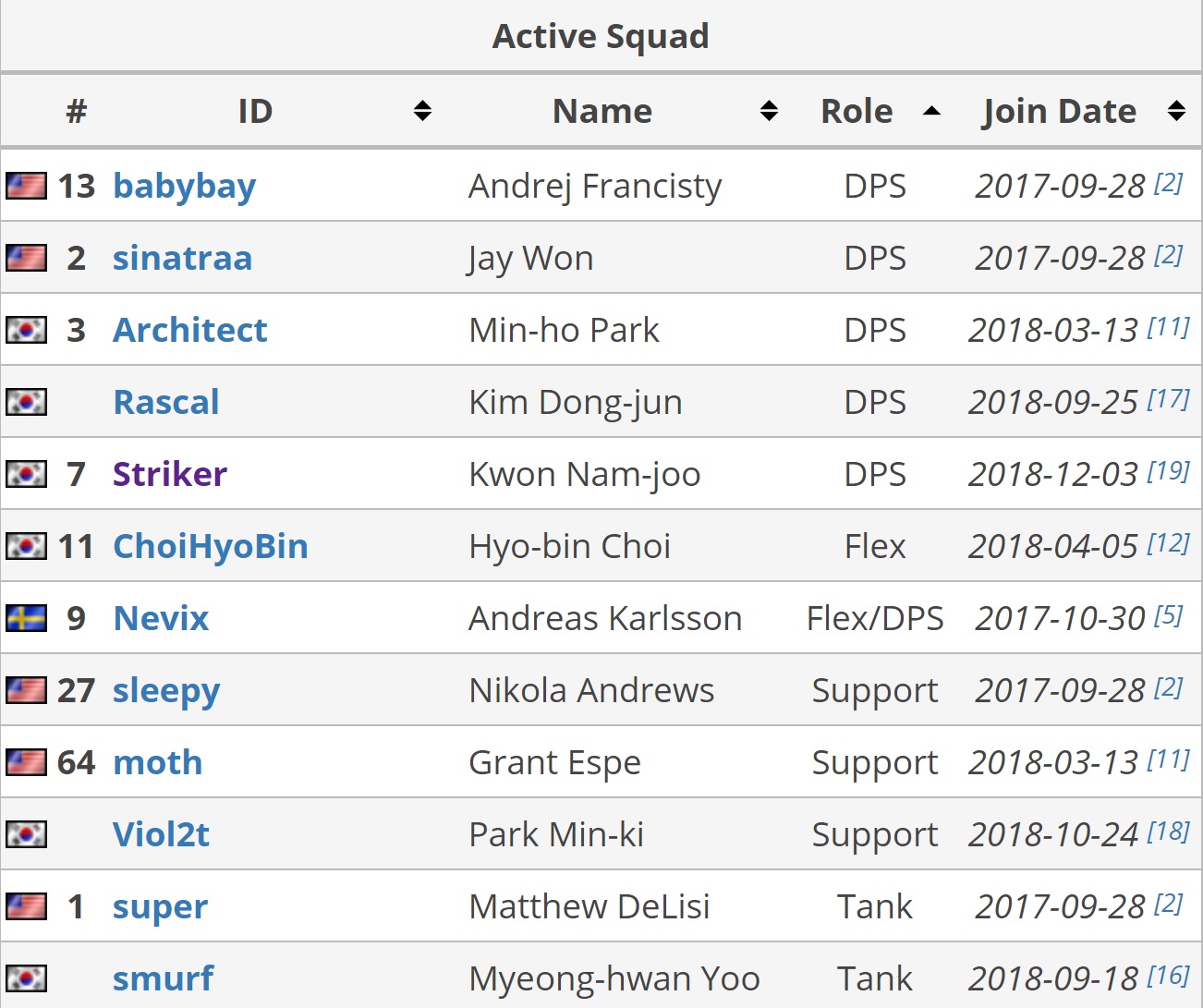 Next up is the Dallas Fuel who after weeks of speculation, has confirmed the capture of ZacharyÂ “ZachaREEE”Â Lombardo. Formerly of Philadelphia Fusion’s developmental team, Fusion University, we were given a glimpse of what he could do at the recent Overwatch World Cup. While he didn’t really get the chance to shine following Team USA’s early exit at the hands of Team UK, Dallas Head Coach who also served as Team USA’s Head Coach at the tournament surely have seen enough to warrant Zacharee’s recruitment to the Fuel.

Give a warm welcome to our 10th player and new flex DPS, @zacklombardo! ðŸ”¥ðŸ’™ pic.twitter.com/QUIAi9hahD

Like Striker’s move to San Fran, Zacharee’s addition to Dallas was also a head scratcher considering the thin tank line of the Dallas Fuel. With OGE alone serving as main tank, their logical plan B is to either resort to Taimou switching to Hog, or Mickie on D.Va to support OGE. However, it’s important to note that the Fuel still have two empty slots to fill. 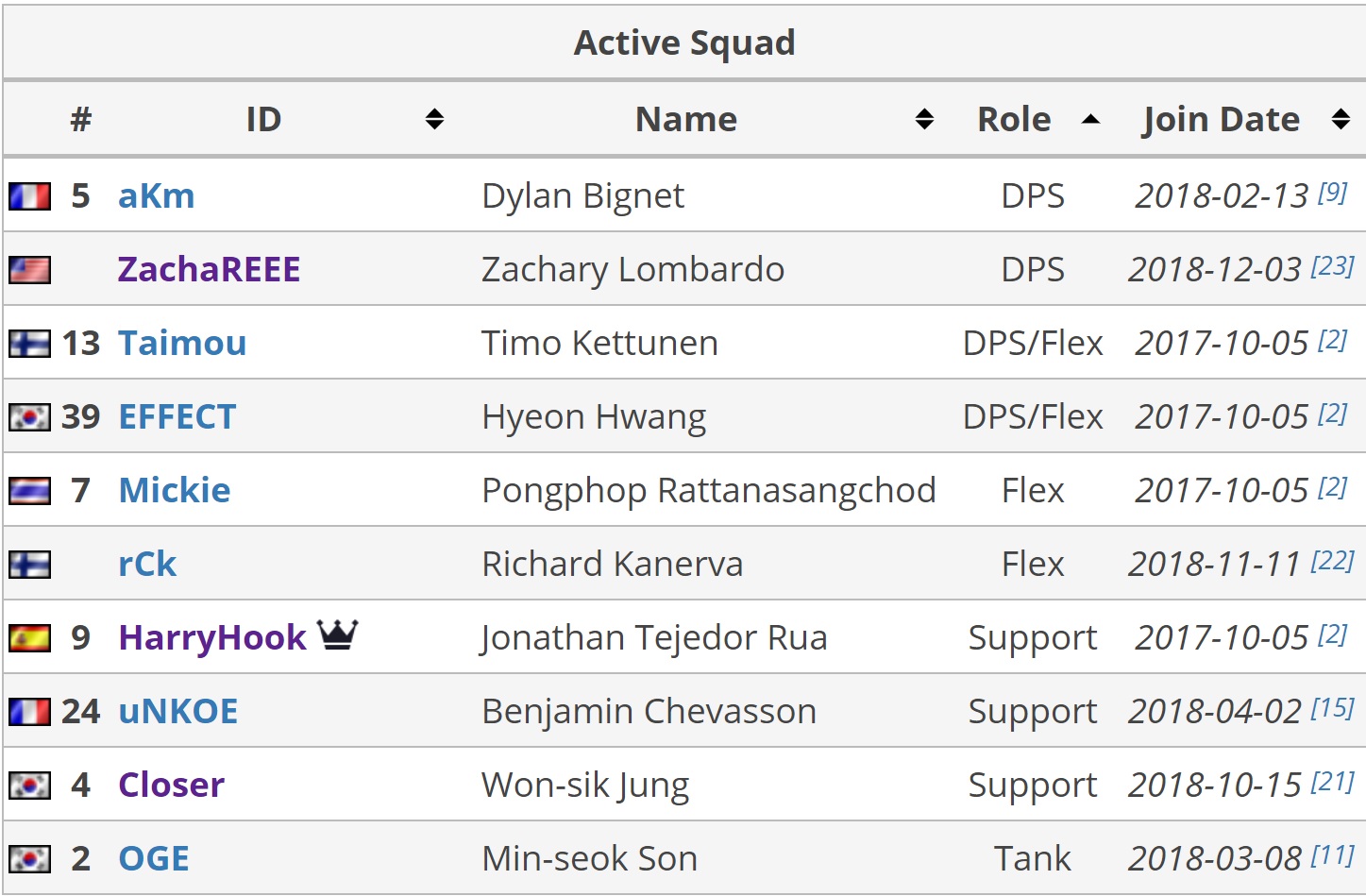 The second season of the Overwatch League kicks off next February. With the league bumping up the number of participating teams from 12 to 20, we now know all of the competing teams asÂ Washington DC Justice and Vancouver TitansÂ finally unveiled their branding and team colors last weekend.

News
Here's Why You Should Reconsider Buying The PS5

I'm sure a lot of gamers out there are already saving money and preparing for the imminent arrival of Sony's next-gen successor to the PS4, which may ...

Blizzard's iconic MMORPG World of Warcraft made its debut in 2004. Now the company will be celebrating the 15th anniversary of the franchise with Worl...

Coming off the back of their maiden E1 Championship win,Â  Singapore-based Team Flash E-Racing Division has announced its partnership with Axle Spor...