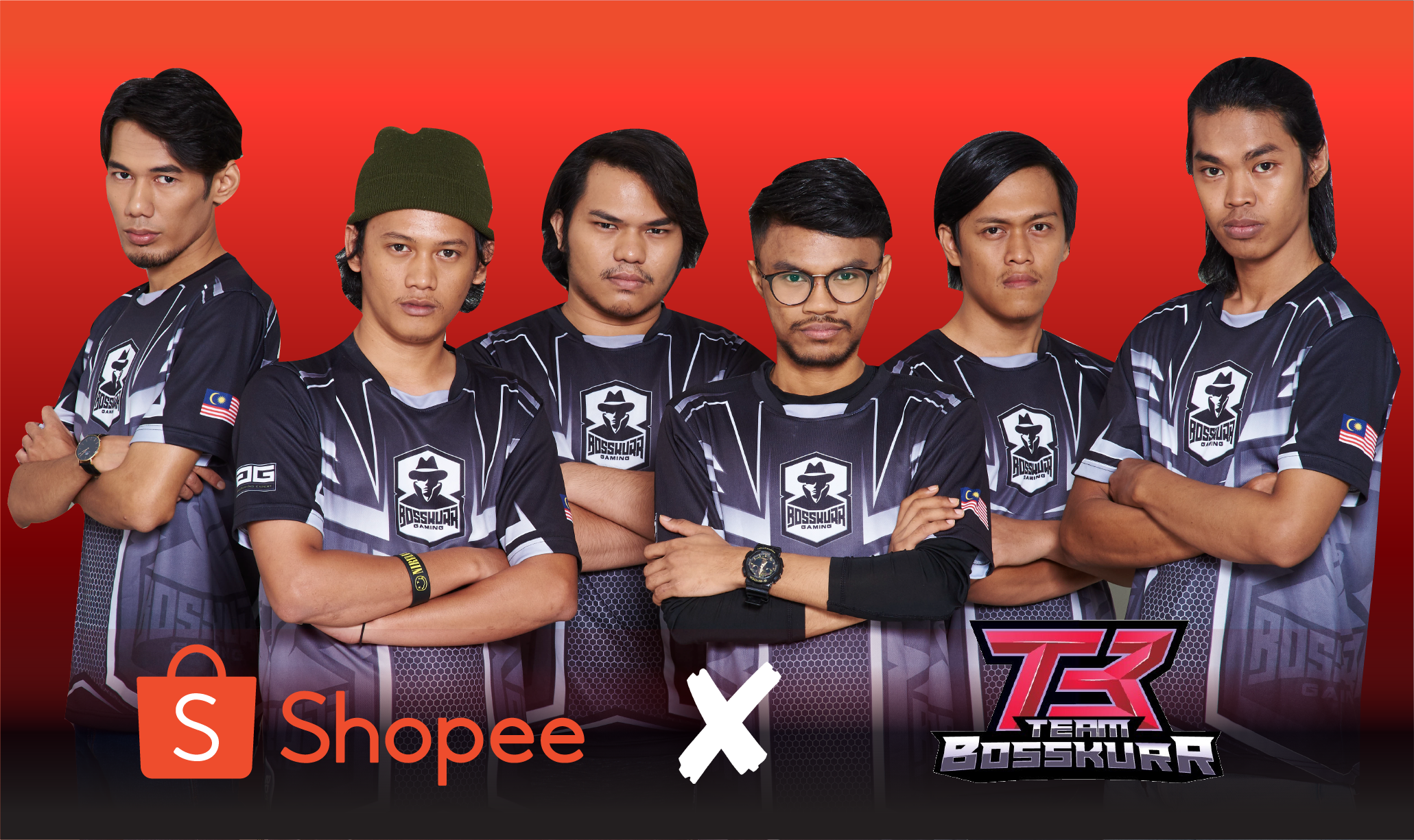 Shopee, one of the leading e-commerce platforms in Southeast Asia and Taiwan, has announced that it will be officially sponsoring a Mobile Legends esports team formerly known as Team Saiyan. Starting from now, the team will be known as…

You read that right. The new Team Bosskur comprises of:

According to Shopee Bosskur manager Nureddy Nursal (Shopee Bosskurr Daddy), the team’s biggest focus right now is to “qualify for the 2019 Southeast Asian Games
(SEA Games) and represent Malaysia to make our country proud“. With resources and support from Shopee, the team’s profile will be able to grow and expand their reach.

Besides that, Shopee Malaysia will also be organizing esports tournaments like the upcoming Mini Mobile Legends tournament. More details and information will be revealed in the near future, so stay tuned.

The new Shopee Bosskur team jersey is also now available for sale in the newly-launched Shopee Bosskurr Official Store on Shopee, along with their latest merchandise like the Gaming Cable by Bosskurr Gaming, and other exclusive player merchandise.

The Team Bosskur jersey is currently 11 percent off at a price of RM79. Head on over to this link here to visit the Shopee Bosskur Official Store. Check out what the team jersey looks like below.