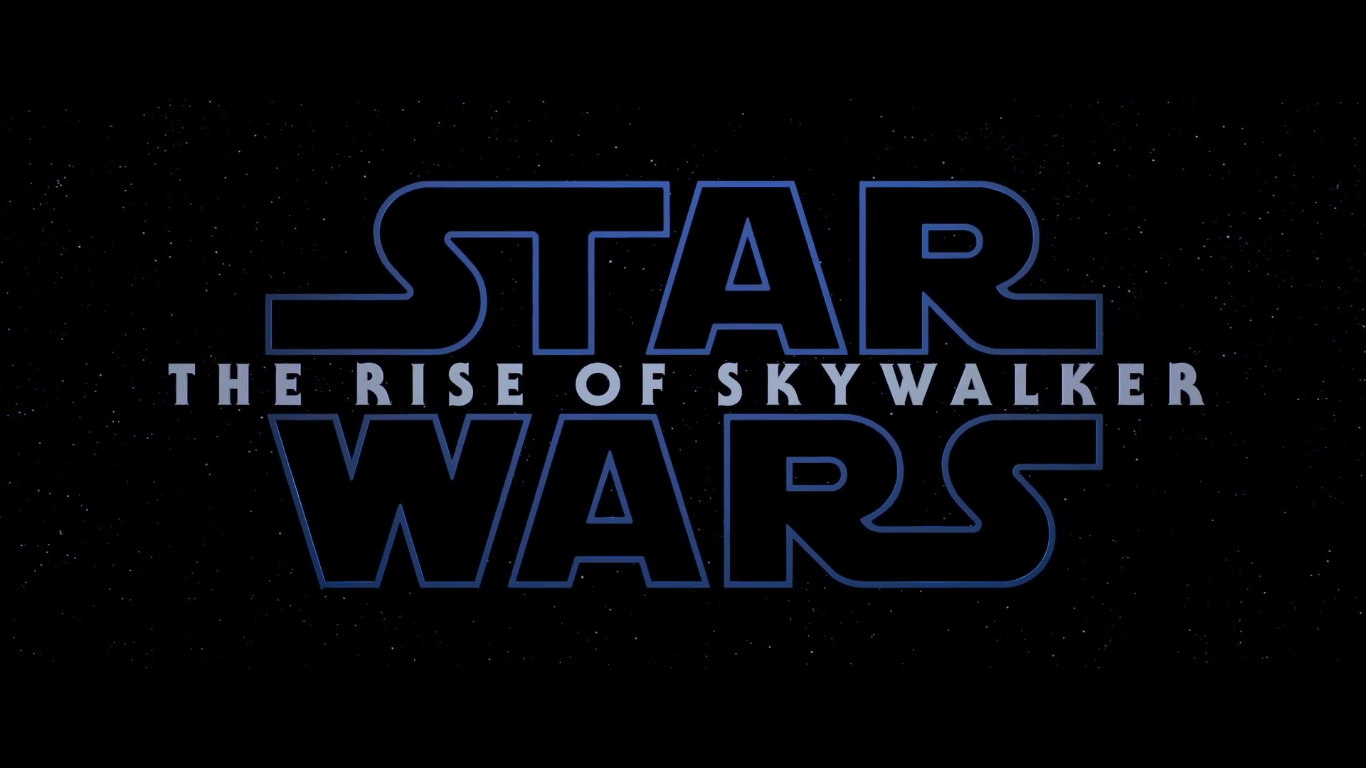 Star Wars: The Rise of Skywalker.

Disney and Lucasfilm also debuted the first teaser trailer for the upcoming movie, and it is glorious. Nothing else in the history of cinema can compare to the mounting anticipation of a new Star Wars movie, regardless of what an abomination Star Wars Episode VIII: The Last Jedi was.

Star Wars Episode IX: The Rise of Skywalker‘s teaser trailer begins with Rey on a desert planet, seemingly out of breath. It turns out that she was trying to take down a First Order Tie Fighter, and she does so with a stylish somersault (and Luke Skywalker’s original blue lightsaber).

Luke Skywalker, or presumably the Force Ghost version of him, narrates the trailer, saying:

“We’ve passed on all we know.

A thousand generations live in you now.

But this is your fight.”

Next, we see Kylo Ren and a bunch of First Order stormtroopers in a skirmish in a burning forest. Someone also repairs his helmet, which he himself broke to smithereens during an emotional outburst in The Last Jedi.

Lando Calrissian returns to pilot the Millenium Falcon with Chewbacca by his side. Too bad Han couldn’t be here to reunite with his old frenemy.

Back on the desert planet, C-3PO, Finn, and Poe are running for their lives from some enemies on speeders.

Bring your tissues, folks. Rey hugs Leia, in what will surely be one of the most emotional moments in the movie, with Luke continuing his narration:

“We’ll always be with you.”

The gang stumbles onto the remains of the second Death Star from Star Wars Episode VI: Return of the Jedi. The trailer then ends with Luke finishing his narration:

“No one is ever really gone.”

In an unexpected twist of events, it apparently sounds like (from the sinister laugh at the end of the trailer)Â Emperor Palpatine himself, AKA Darth Sidious will be returning in Star Wars: The Rise of Skywalker to terrorize the galaxy once again.

Star Wars Episode IX: The Rise of Skywalker is slated to release on 20 December 2019.

[…] Star Wars Jedi: Fallen Order is slated to release for the PS4, Xbox One, and PC on 15 November 2019, just a month before the release of Star Wars Episode IX: The Rise of Skywalker on 20 December 2019 (check out our breakdown of its first trailer here). […]

[…] out with what might be the best reveal of the entire event so far, even compared to the likes of Star Wars Episode IX: The Rise of Skywalker, Star Wars Jedi: Fallen Order, and The […]

by Knights Of Ren & Luke To Return In Star Wars The Rise Of Skywalker – KAKUCHOPUREI.COM in May 23, 2019
Reply