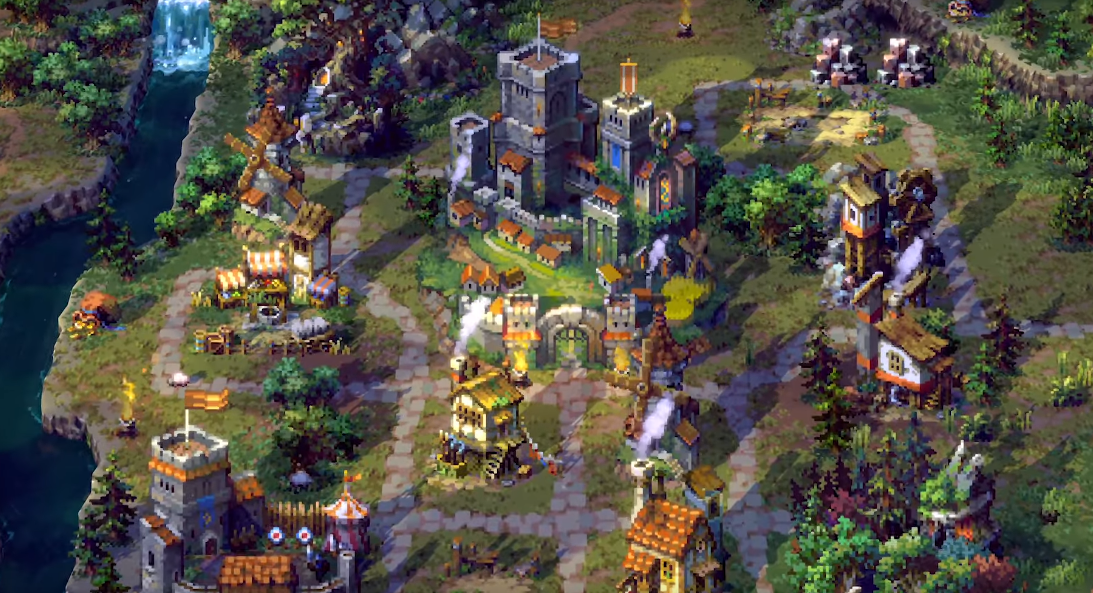 If you miss Heroes of Might & Magic back in the 90s and wished it had more pixelated graphics, you may want to keep your eye out for Coffee Stain and Lava Potion’s latest reveal: Songs of Conquest.

Part turn-based strategy game, part exploration and open-world adventure title, Songs of Conquest pit you as a lord of an empire where you have to build it up from scratch, explore the lands, conquer everything else, and be the last kingdom standing. If you’re familiar with the Heroes of Might & Magic series, then you’ll have fun going to town with this ode to the 90s strategy classic.

While most of its elements and gameplay mechanics are based on the aforementioned 90s series, magic is handled a little different. Lava Potion lead designer Carl Toftfelt said that magic requires the right kind of essence; you need to group your mages and spellcasters with the right essence so they cast the right amount of spells. This can either be a resource nearby or a building; if it’s gone, you can’t cast magic anymore.

Here’s a sneak peek at the game in its 16-bit-to-32-bit graphical glory:

Looks good, right? Well you’ll have to wait a while: the game will only be out late 2020. However, you can sign up for the closed alpha on their website songsofconquest.com.

Nvidia Launches Cloud Gaming Service GeForce Now, But No Support In Asia Yet