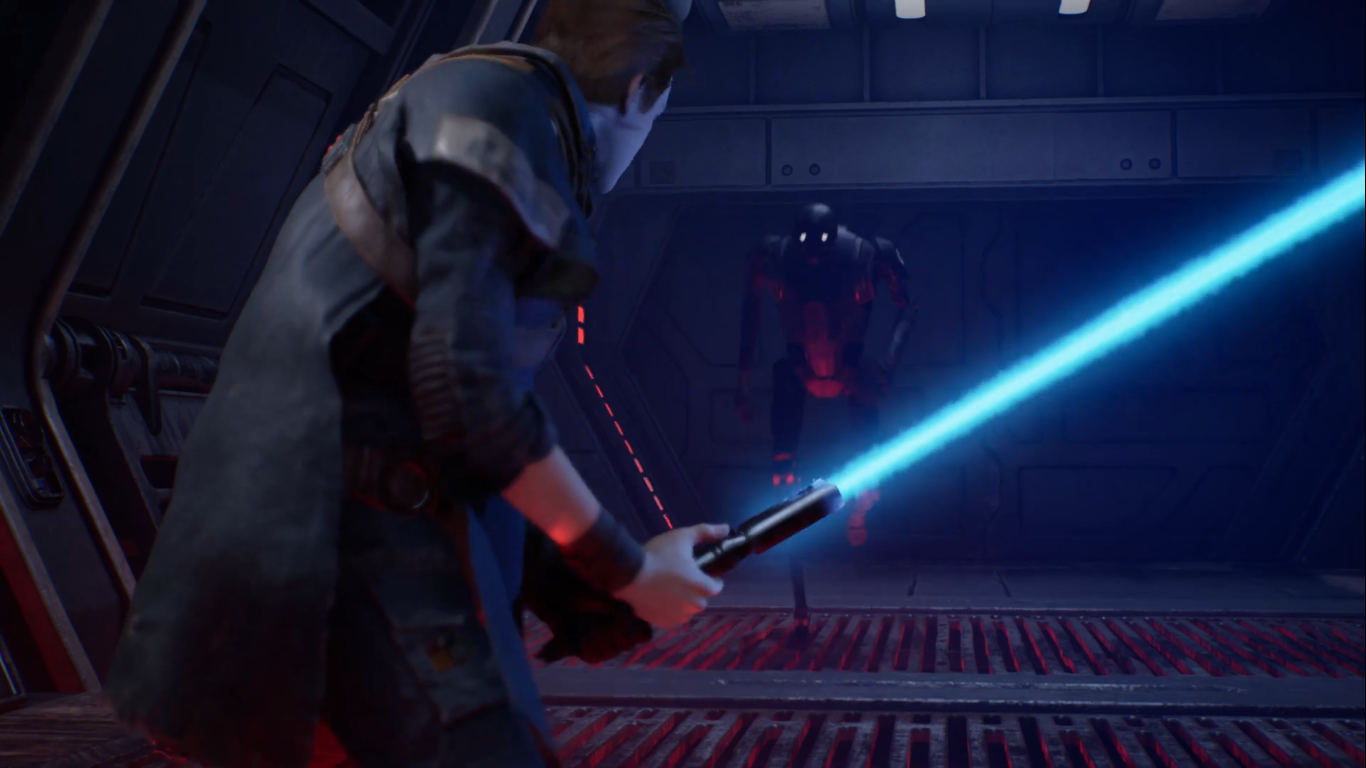 In the gameplay footage, we can see Star Wars Jedi Fallen Order protagonist Cal Kestis landing onÂ the Wookie home planet Kashykk. He meets Saw GuerreraÂ (the radical rebel cell leader from Rogue One: A Star Wars Story), who tells him that the mission is to free the Wookies from the grasp of the Empire.

The gameplay in Star Wars Jedi Fallen Order looks a lot like what a Star Wars The Force Unleashed 3 would have been. However, unlike those titles, the Stormtroopers here don’t seem to be damage sponges, as they die after one or two slashes. It also derives familiar third-person mechanics from other games, like the Uncharted franchise’s wall-scaling and weirdly Prince of Persia‘s wall-running.

Cal can attack, block, parry and deflect blaster fire, as well as use a variety of Force abilities, including Force Push, Force Pull, and most excitingly, what the developers are calling, “Force Slow.”

Force Slow looks incredible in action, as Cal seemingly slows down time to unleash his next attack. He can also throw his lightsaber at enemies, and use these Force abilities to overcome environmental obstacles, like grabbing vines to get across gaps or slowing down a spinning fan.

Besides a variety of stormtrooper enemies, Cal will face creatures like huge spiders and flying insects, all of which will also engage the aforementioned stormtroopers in combat. The 15-minute gameplay demo ends with another surprise, as Cal faces a KX-series security droid (the same model as Rogue One‘s K2SO).

Star Wars Jedi: Fallen Order is slated to release for the PS4, Xbox One, and PC on 15 November 2019. That’s just a month before the release of Star Wars Episode IX: The Rise of Skywalker on 20, December 2019.

Check out the full gameplay demo of Star Wars Jedi Fallen Order below. For more details and information on the game as revealed during its initial announcement, head on over here.

This Is When Among Us VR Might Come Out