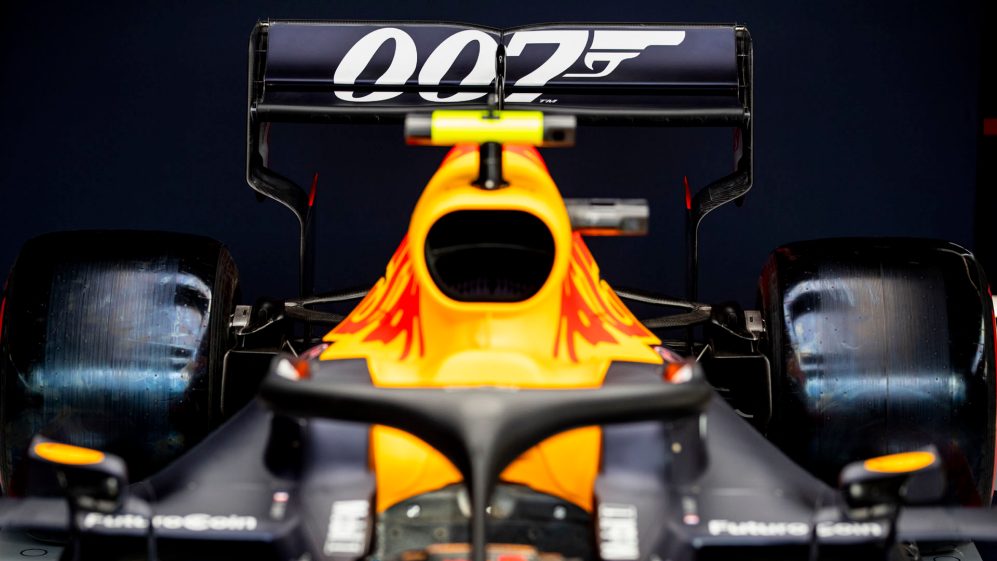 To celebrate the special once-in-a-lifetime occasion of the 1,007th Formula 1 Grand Prix, Aston Martin Lagonda and EON Productions will be bringing actual James Bond cars to the racing event.

The British Grand Prix will take place at Silverstone in the UK this weekend, where the Aston Martin Red Bull Racing team will be competing with cars featuring the iconic 007 logo and Bond number plates on the back of their rear wings.

To mark the 50th anniversary of the Aston Martin DBS (which was featured inÂ On Her Majestyâ€™s Secret Service), a total of fifty special-edition 2019 Aston Martin DBS Superleggeras will be sold.

The first of these special cars will be on track at Silverstone during the Pirelli Hot Laps sessions.

Attendees can see a number of the Aston Martins from the James Bond films on display in the Bond In Motion exhibition, including the V8 that will appear in the upcoming Bond 25 movie (which will be located in the Fanzone).

To register for tickets, head on over to this website.

It’s a treat for all fans of James Bond and Aston Martin cars, the latter of which has long been associated with the long-running movie franchise.

â€œAston Martin is proud of its association with James Bond.

This weekend, we look forward to celebrating this longstanding partnership at Formula Oneâ€™s 1,007th Grand Prix.â€

The Formula 1 British Grand Prix will take place this Sunday on 14 July 2019 at the Silverstone Circuit in the UK. In the other related news, the official synopsis for Bond 25 was revealed several months ago (along with other details), which you can check out here.

Your Wallet Will Embrace Death With This Life-Sized Haohmaru Sword