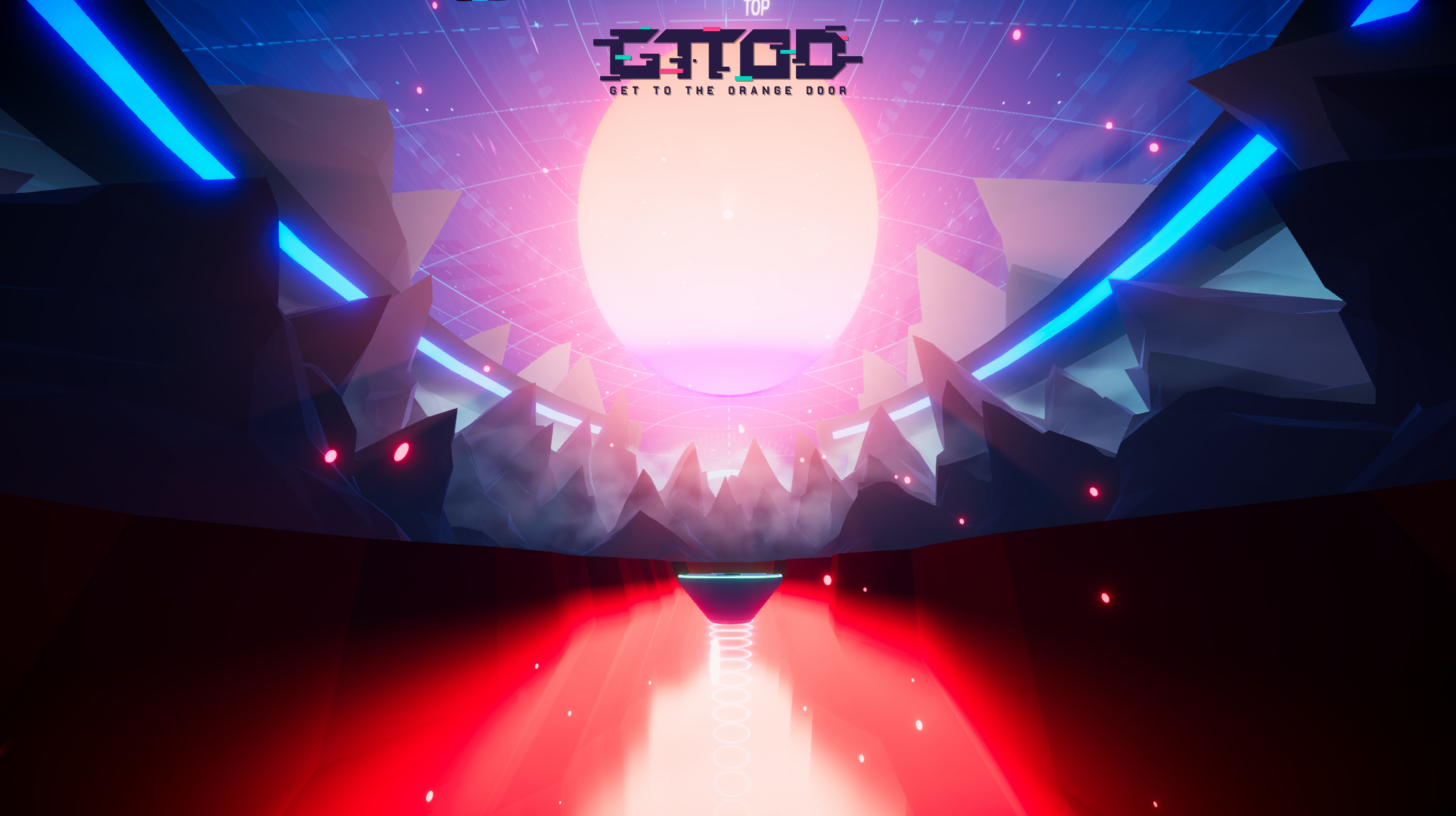 Sometimes a game doesn’t have to be complicated. It doesn’t need an intricate story that has 10 chapters set in a wide-open world with hundreds of branching sidequests. Sometimes, you just want to run really fast, shoot stuff, and have electronic house music blasting in your ears.

Get To The Orange Door is just that.

Apparently, the game is developed by just one man named Andrew Smith and is published by Hitcents. The game is currently on early access so don’t expect it to run perfectly smooth but there’s a free demo you can try and it’s enough to give you a taste of the game.

Your objective is simple. It’s already there in the game’s title. You beat a level by getting to an orange door. On your way there, you’ll have to go against no-faced enemies who’ll come at you with guns and katanas.

The game’s aesthetic seems to have been inspired from the neon-and-chrome look of the ’80s and it reminds me a lot of Tron actually. Coupled with a synth-heavy electro-funk soundtrack, this game is a treat to your eyes and the ears.

If you’ve played Titanfall then you’ll feel right at home. Your default movement speed is basically a sprint. Your double jumps propel you like you’ve got springs in your legs. Pressing crouch while moving puts you into a slide and jumping towards walls allows you to wall run. The philosophy is simple: keep moving and keep shooting.

The gunplay is nothing to write home about but it works and it’s satisfying enough. There’s quite a variety of weapons which include the usuals like an assault rifle, a shotgun, an SMG, and then there’s the cooler stuff like a black hole shuriken which will pull your enemies towards its epicenter when thrown.

All in all the game is enjoyable enough and if you’re a big fan of fast-paced shooters, I definitely recommend trying it out. You can download the free demo at the game’s Steam store page.