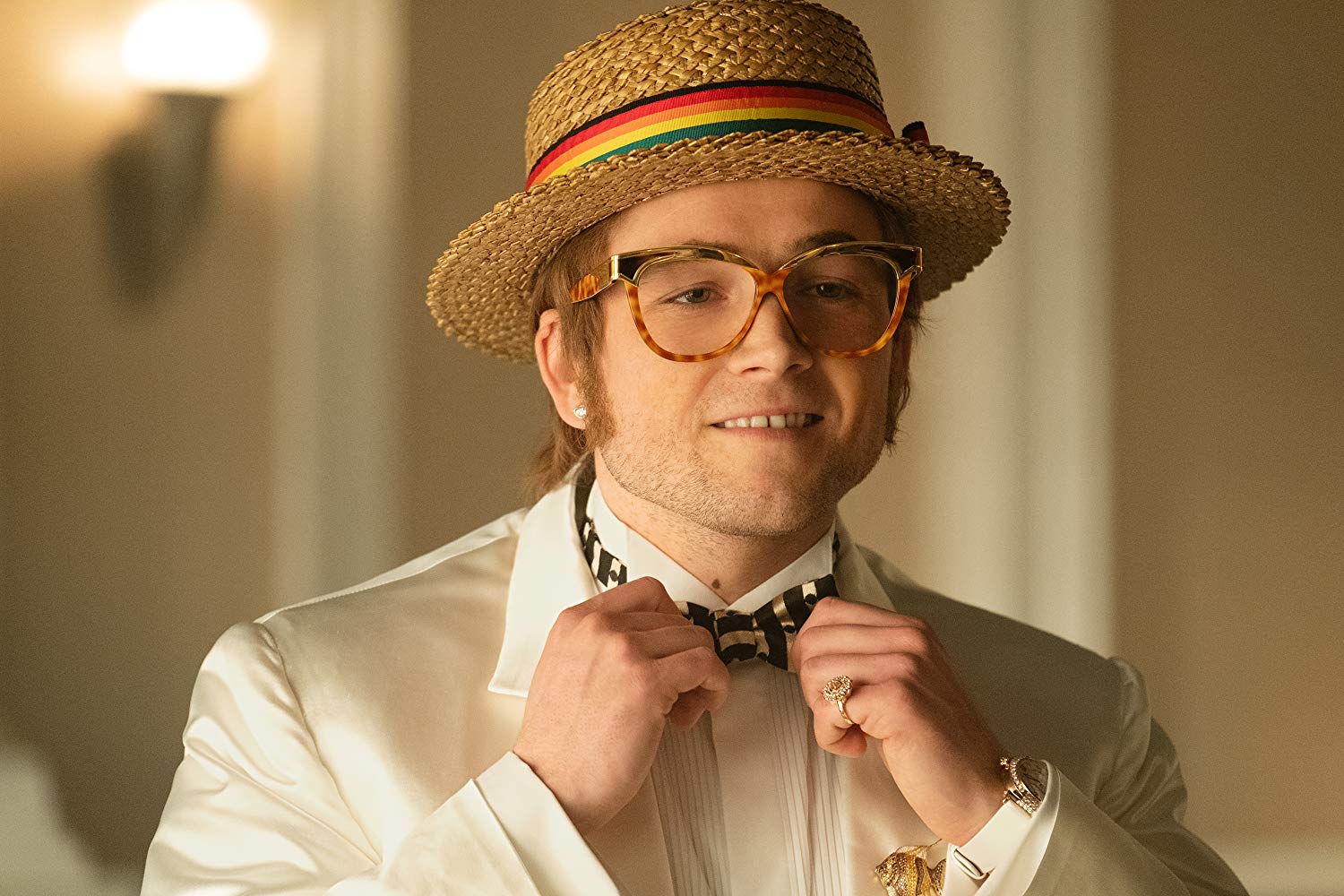 As far as musician biopics go, Rocketman may be one of the best since The Doors and Ray. Forget about Rami Malek’s Freddie Mercury and Chadwick Boseman’s James Brown: Taron Egerton has both the acting, emotional range, and singing chops to portray Elton John in this rise and fall and then rise to fame movie directed by Dexter Fletcher, whom longtime film fans may remember as that one guy from Lock, Stock, And Two Smoking Barrels.

“When Are You Going To Hug Me?”

That heading is the key phrase that sums up Elton’s biopic musical (yes, musical) adventure: the fact that his life story is one where he sought approval from his parents, the maternal side played delightfully cold by the usually chirpy Bryce Dallas Howard. He also wants validation and affection from the abusive business-only manager John Reid, played menacingly and calculative by Richard Madden.

That’s why his slow descent to appease everyone and be as outrageous as possible is made all the more fantastical thanks to Dexter’s way of blending real-life dramatizations with balls-out glam-filled dream sequences playing to the main man’s 70s playlist.

The stellar part of this flying ship of an experience? Most of it is sung by Taron Egerton and dressing up fabulously for the occasion, showing the world that he’s more than just Sing‘s gangsta gorilla.

The film not only highlights key moments in his career like his debut at the Troubadour in LA with “Crocodile Rock”, but also his lowlights with appropriate renditions of said playlist including “Goodbye,Â  Yellow Brick Road” and “Rocket Man” when the drugs take a toll on him, and when he blames everyone around him for his loneliness and troubles.

Dexter’s balancing act between the gritty Brit-pic aesthetic and the colourful and excessive musical bits complements the out-of-this-world yet grounded acting from Egerton’s title character and Jamie Bell’s BFF, platonic partner, and lyricist Bernie Taupin. Seeing both of them bond, bicker, fight, and reconcile is also the film’s other treasure beyond the theatrics and no holds barred story of fame, validation, and self-hating loneliness.

Burning Out His Fuse Up Here Alone…

Some people have brought up fair-yet-misguided arguments that biopics portraying still-alive stars and personalities tend to gloss over the harsh bits of their life story due to creative control: see the Dr. Dre bits of Straight Outta Compton. I’m personally glad that Dexter just went all-out with the 70s portion of Elton’s troubled personal life amidst his fame and fortune.

You know a film’s got you by the proverbial balls when it starts off with Elton John dropping into rehab in his horned devil outfit, then bursts into song when reminiscing his life story into the 60s backdrop with clashing colours and saturation right after confessing his plethora of vices.

Or when he breaks down after getting his one-two punches from his mother and manager. The act of transitioning from a dark period of a man’s life into a musical portion that heightens the emotional pathos in vaudevillian fashion is a tough one; I’m impressed that it’s handled very well in RocketmanÂ with the masterful modern cinema direction of Dexter.

Probably the only gripe I have is the missing bits taken out by the Malaysian film censorship board. After all, this is an “R” rated film about a gay singer who succumbed to his vices of sex, alcohol, and drugs, while being an ass about it thanks to a combo of his upbringing and surroundings. It sure as heck isn’t going to be kept intact.

Other than that, Rocketman shows that even with a stellar Oscar-worthy performance from Taron Egerton, Dexter Fletcher should also share the spotlight for getting his enthusiasm and vision realized in a film that satiates the eyes, ears, and heart.