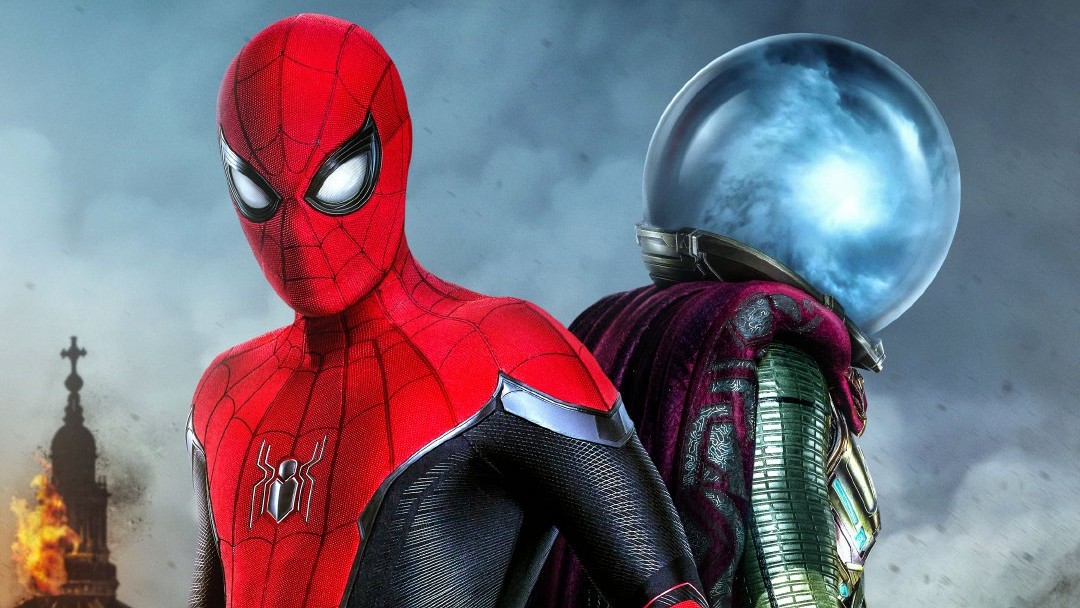 Spider-Man Far From Home officially marks the end of the Marvel Cinematic Universe’s (MCU) Phase Three, as well as the first movie to explore the aftermath of a post-Avengers Endgame world. That’s a lot of baggage for a movie to release with.

Thankfully, I’m glad to say that this movie swings with flying colours in my books.

We’re Going On A Road Trip

After the devastating events of Avengers Endgame, the world is still recuperating from the Snap. All Peter Parker wants to do is go on vacation with his friends like a normal teenager should be able to do. But “with great power comes great responsibility”, so resting was never an option, as another threat pops up while they’re in Europe.

That’s the basic premise of Spider-Man Far From Home. Like Spider-Man Homecoming before it, it still feels very much like a teen rom-com romp, albeit with a fun road trip schtick this time around.

Most of the supporting characters (Peter’s friends and family) are essentially just there for laughs and gags (a Spider-Man sitcom in the making), with the exception of Jacob Batalon’s Ned and Zendaya’s MJ. The latter especially shines in Far From Home, as she’s given much more to do with compared to when she was inÂ Homecoming.

Speaking of MJ, I was originally apprehensive of the way Marvel Studios just slapped the MJ name on this supposedly new character, who (at first glance) seemed to be nothing like the Mary Jane in the comics. However, it turns out that she’s exactly like Mary Jane, in all the ways that do count.

Despite not being a supermodel (…yet. She’s still a teenager, remember?), she’s as strong, smart and capable as the woman Peter loves and (at one point) married in the comics. She has the potential to grow into the Mary Jane from the comics, in time (although her name is Michelle and that’s still weird).

Jake Gyllenhaal’s Quentin Beck AKA Mysterio is one of the definite highlights in Spider-Man Far From Home, if not, the entire MCU. That’s as far as I can say about the character, without spoiling any of the twists and turns featured in the movie, but I can say this: They have updated and modernized Mysterio’s set of abilities in a way that perfectly suits the current state of the world.

Rest assured that you can expect trippy visuals of Mysterio’s illusions and smokes just like they were depicted in a Stan Lee/Steve Ditko Spider-Man comic from the 60s, which made the Spider-Man fanboy in me extremely happy. Both of those late legends would’ve loved this movie (may they rest in peace).

Ever since the MCU’s version of Spider-Man first appeared in 2016’s Captain America: Civil War, I’ve sort of hated him for several reasons, the biggest of which is his over-reliance on Tony Stark. He was a stark (pun intended) contrast from the hero in the comics, embodying little of the traits (selfless, responsible, resourceful, intelligent) of the Peter Parker we know and love.

Simply put, he didn’t deserve to be Spider-Man from the comics but perhaps, he was never meant to be in the first place. Spider-Man is someone who tries to help or save everyone, even when it hurts him or at his own expense.

Despite his amazing powers, he makes mistakes and fails, but he gets back up every time and never stops trying. He inspires every average person out there to do their best every day, because that’s what he does, every single day.

With Spider-Man Far From Home, I can see now what Marvel Studios had (probably) planned for the character from the very beginning. The MCU Spider-Man is a different Spidey, but that doesn’t mean that he’s a bad or worse Spider-Man.

He is actually the MCU’s first true legacy hero.

In the comics, legacy heroes are often sidekicks/partners or even random people inspired by their heroes who inherits/adopts the name/mantle/responsibility of an existing or deceased hero.

Examples include Nightwing and Batman, Superman and Superboy, Hal Jordan and the various Green Lanterns after him, or even Miles Morales and Peter Parker as seen in the brilliant 2018 animated movie Spider-Man: Into The Spider-Verse.

The best legacy heroes pick up certain attributes of their predecessor but ultimately grows into a hero in their own right, with feats and accomplishments that make them unique and special in their own way.

That’s what Marvel Studios has managed to do for their version of Spider-Man throughout the course of multiple movies, culminating in the events in Spider-Man Far From Home.

One of the things that 2017’s Spider-Man Homecoming did right was the dynamic action scenes, and how the wall-crawler frantically yet gracefully moved around in them (jumping, leaping, and web-shooting). Spider-Man Far From Home continues that with even more great setpieces featuring Spider-Man.

A popular fan complaint from Spider-Man Homecoming has also been addressed, and that was the lack of the character’s iconic Spider-Sense ability. It was never explicitly mentioned in that movie, but I’m glad to confirm that it is featured in Spider-Man Far Frome Home. One particular scene which features Spider-Sense is now one of my favourite Spider-Man action sequences of all time.

This Is The Movie Homecoming Should’ve Been

I went into Spider-Man Far From Home with low expectations but came out marvelling at what I just witnessed.

Is it the best Spider-Man movie? Not by a long shot (I still think that distinction goes to 2004’s Spider-Man 2).Â Does it have the best depiction of Spider-Man? The answer is relative (I still stand by my choice of Andrew Garfield’s portrayal in 2014’s The Amazing Spider-Man 2).

But what Spider-Man Far From Home does best is finally letting Tom Holland’s Spider-Man grow up and develop into his own, stepping out of the shadows of his mentor (Tony Stark) and into the limelight. The Spider-Boy has become a Spider-Man. This is the movie that Spider-Man Homecoming should’ve been but was not yet ready to be.

This movie made me realize that the MCU’s Spider-Man doesn’t have to be the same character from the comics (and from me, that means a lot). He simply had a lot to prove, and while I previously thought him undeserving of being the friendly neighbourhood hero, he has proven me wrong. I hope future movies with this Spider-Man will continue to do so in future instalments.

Spider-Man Far From Home is now showing in Malaysian cinemas.