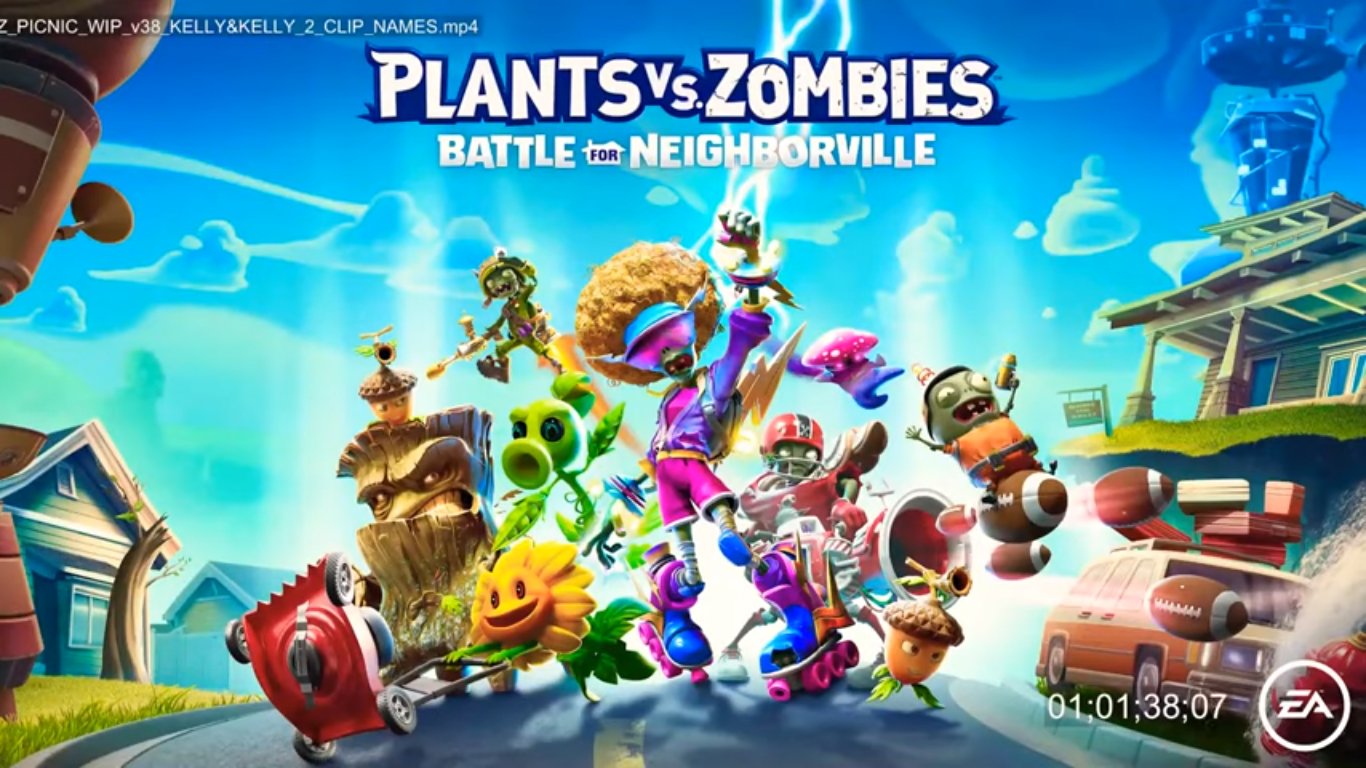 The Plants vs. Zombies: Battle For Neighborville trailer is an unfinished one, as it several scenes feature only sketches and the file codenames can clearly be seen in the video itself. The third-person title looks even more cutesy and cartoony than its Garden Warfare predecessors, with some roster additions like ninja plant and disco zombies.

The art style looks pretty much reminiscent of Epic Games’ Fortnite, which we’re quite sure is intentional on EA’s part. With Fortnite still one of the world’s most popular games (especially amongst the younger generation of gamers), perhaps it’s a good thing that they’re trying to emulate the battle royale game.

However, seeing as this is a leaked trailer, we still don’t know what platforms the upcoming game will be released on. If Garden Warfare was any indication, it’ll likely be on the PS4, Xbox One, and PC again (perhaps even the Nintendo Switch).

Check out the leaked Plants vs. Zombies: Battle For Neighborville trailer below before this one is eventually taken down too.