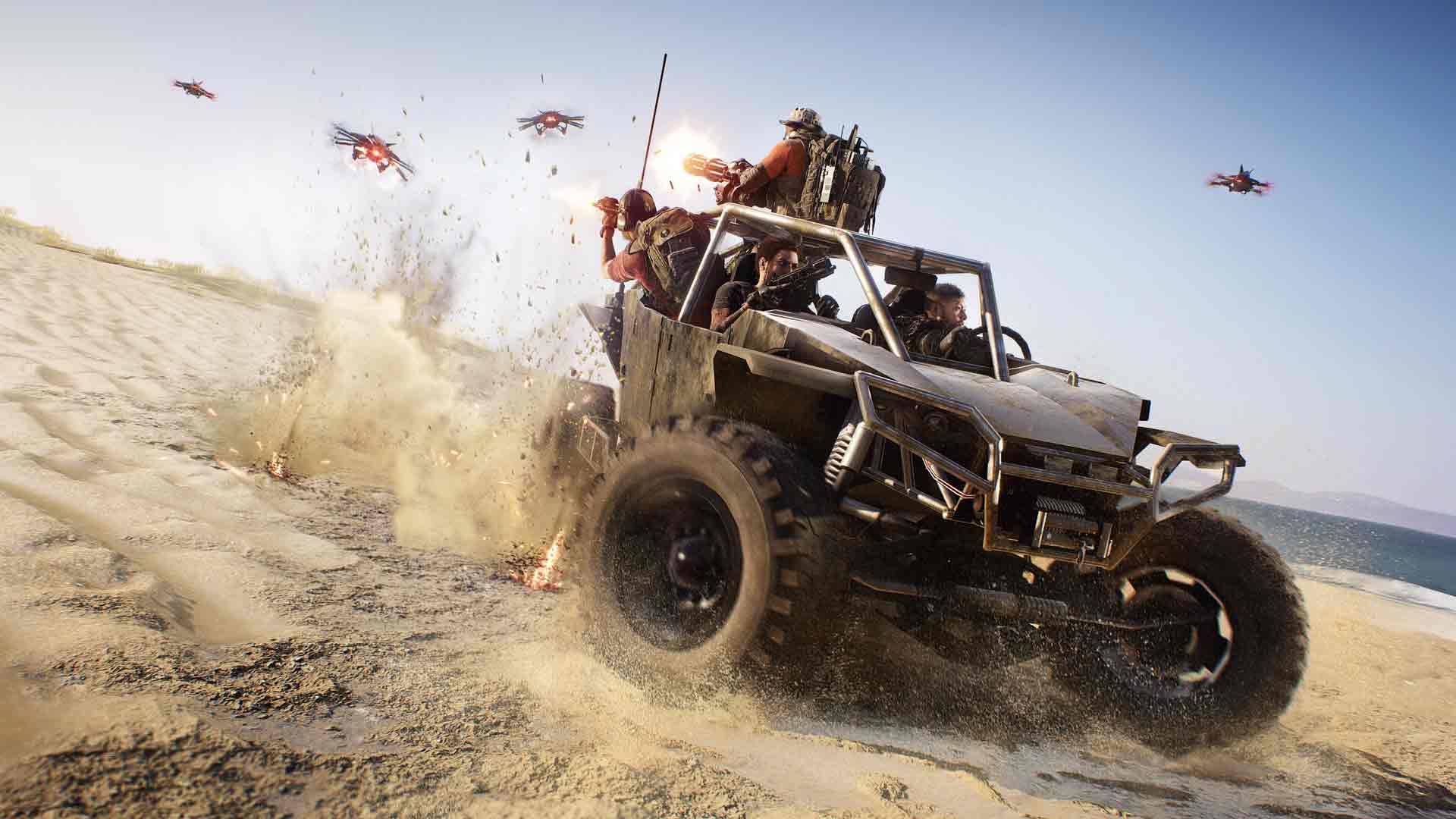 Let me go on record that I’m OK with Ubisoft’s latest open-world Ghost Recon game. Even if it’s falling back onto its Ubisoft open-world template of game-making, there is a modicum of enjoyment to be found amidst Ghost Recon: Breakpoint.

For starters, it’s a vast improvement to Ghost Recon: Wildlands. There’s a lot of quality of life improvements like toggling between exploration and “finish the damn game” mode which turns on and off certain UI elements. You can pin up to three tasks in front of you in-game, and you can also turn off most of the UI with a quick press of a button so you can enjoy the sights.

The shooting and stamina system is improved to give it a “survival game” feel. Once you crank the game difficulty to a level higher than Normal, you’ll end up with a real stealth and recon fire-fighting experience. The thrill of not getting spotted, and getting out of a jam when you do, will get your blood pumping if you’re tackling the majority of the game solo.

Perhaps the biggest change from Wildlands is the different weapons and armour levels and grades you get.Â You have coloured tier weapons that give you buffs and some semblance of progression. The game’s main bad guy played by Jon “I played The Punisher” Bernthal is a Gear Level 150+ guy, so you’ll need to scour the map, complete Ghost Recon missions (kill dudes, capture points, rescue hostages, etcetera), amass as much high-level gear as you can, then add the numbers up to take down the plethora of big bads on the island. And since said island, Auroa, is filled with the latest in military tech (drones, sentries on wheels, and so forth), you’ll need all equipment you can get.

Or you can just try fighting him in your current gear level 0 state, in which case you’ll die pretty quick. Give Ghost Recon: Breakpoint props for giving you that option early in the game; speedrunners will have a heckuva time with this breath of fresh air.

Fortune favours the prepared here; you’ll die less if you pre-plan your attacks, use your drone to tag targets, and subsequently take out enemies one by one. The opposition can be taken out with well-placed headshots, and there’s an abundance of cover you can use to keep yourself well-fortified and out of plain sight.

Most of your weapons already have suppressors, so that should give you a heads up on how to approach most missions. It’s on the friggin’ title.

Yet at the same time, there’s a shade of loot-and-shoot splashed all over this next Ubisoft open-world template. Clearly, this game took a few pages from The Division series and incorporated it into its own niche of co-op shooting. Thankfully it doesn’t turn enemies into bullet sponges like those other titles; here, it’s possible to tackle any fort or area with a high gear level assuming you’re ballsy and prepped enough.

Speaking of which, it’s still fun to group up with people to tackle missions and hunt for blueprints/special skill point chests on a fictional island run by a rebel army who knows how to use high-tech military drones and weaponry.

This combination makes the entire package decent. Not eye-catching to anyone else apart from Tom Clancy military story enthusiasts, but not a complete waste of time. If you’re a superfan who fancy some military shooting with a focus on co-op and stealth-like tactics, this is your jam. It definitely succeeds & improves where Ghost Recon: Wildlands failed.

Going from one place to another in a vehicle apart from a helicopter sucks though. Thank goodness for fast travel options.

As much as the next aspect did not bother me at all, I should still address the elephant in the room: Ubisoft’s microtransaction bulls*** (via Reddit’s Blinkk8704).

Yes, that right there are pay-to-win options; you can speed up your upgrades and get crafting materials with real money.

You can also buy skill points to level up your Ghost Recon operative. However, that latter option is either taken out pretty quick or made only available in certain regions: as you can tell, this one’s in Singapore.Â I’ve checked my copy of Ghost Recon: Breakpoint and found no skill point pay-to-win nonsense; it was probably removed ahead of time. But the crafting and upgrade stuff is still there, and there are tons of skins and camos to purchase.Â

If you have any modicum of sense, you’d just go straight to the game and play the heck out of it, cosmetics paywalls be damned.

It does suck that Ubisoft and its management are preying upon the weak-willed to fork over extra cash for skins and camos that should have been available as unlocks in the game, but it doesn’t completely deter this new age Ghost Recon experience.

What actually did is the fact that this game doesn’t have much of an identity to stand out among its peers. The fact that other loot and shoot games exist and titles like last year’s Call of Duty fill in that pure shooter niche makes Ghost Recon: Breakpoint feels like a rojak that doesn’t excel in any one category.

Even when its exploration and shooting works, you’ll only get some small sense of satisfaction. The only reason you’re continuing is because of that “one more assault” Skinner box mentality that’s in these loot-and-shoot ideas combined with open-world checklist obligations. Ergo, a Ubisoft open-world templated game at its basic which also happens to have terrible driving controls set in a dense jungle island setting; fun.

Seriously, give this a pass.