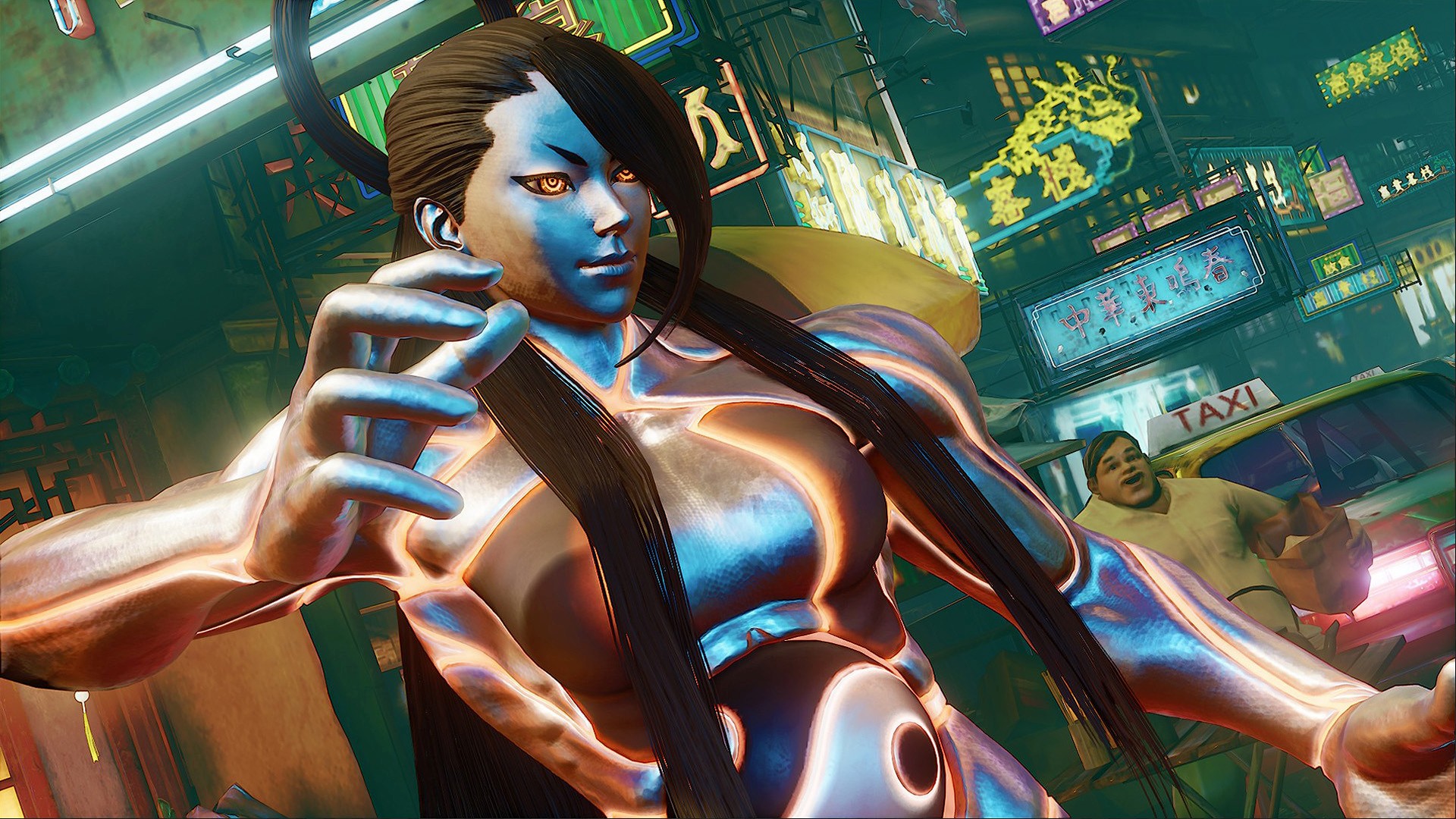 Capcom has unveiled new information about the upcoming Street Fighter V Champion Edition, which is slated to launch on 14 February 2020. Street Fighter IV boss Seth is officially returning as a playable fighter in the upcoming game, but he’s not exactly the same character he was all those years ago.

That’s right, folks. Seth is now female, at least in terms of appearance.

“…Seth is more machine than human, and was never male or female to begin with.

Sethâ€™s exact origins were never made abundantly clear, but this character didnâ€™t make it through the events of Street Fighter IV entirely unscathed.

The form you see here is the remnants of Sethâ€™s biological brain paired with the body of Doll Unit Zero.

Itâ€™s a different look, to be sure, but Seth still speaks with the same voice and craves both M. Bisonâ€™s demise and data on the strongest fighters.

So, it’s essentially the same Seth that you know, albeit in female form. Her, or its, V-Skills and V-Triggers are as follows:

V-Skill 2 (Tanden Booster) – Tanden Booster is all about adding momentum to Sethâ€™s pre-installed specials moves. Tapping this V-Skill 2 will make Seth dash forward from a full screen away. Tapping it again will cancel the dash before it finishes. Inputting one of Sethâ€™s special attacks during the dash will have a variety of effects.

The other advantage of Tanden Booster is that you can combo into it from Sethâ€™s target combo and standing heavy punch.

V-Trigger 1 (Tanden Ignition) – This three-bar V-Trigger unlocks teleporting follow-ups for all four of Sethâ€™s special moves. For example, the Hecatoncheires leads into the Titanomachy gut punch, while the Mad Cradle dragon punch transitions into the Mad Spin descending drill.

Tanden Ignition is also compatible with many stolen moves.

V-Trigger 2 (Tanden Maneuver) – Tanden Maneuver turns Seth into a pinball wizard. Upon activation, Seth will summon a large sphere of energy. You can move the sphere in different directions up to four times before the sphere dissipates.

The sphere can strike the opponent while moving â€“ with the potential of putting them into a juggle state â€“ or it can be left in place to act as a stationary projectile.

Critical Art (Tanden Destruction/Tanden Extreme) – Seth draws them into a large sphere of energy as the Tanden Engine goes into overdrive. In the final moments of Tanden Destruction, the opponent is propelled into the arena wall with significant force.

However, if Seth has V-Trigger 1 active, Tanden Destruction becomes Tanden Extreme. This overclocked Critical Art lets us witness the true power of the Tanden Engine as Seth summons a doppelganger to intensify the destructive forces at play. The end result is more damage and a face crushing connection with the fourth wall.

Check out the all-new Seth in action in the trailer below. For more details and information on results of the Capcom Cup 2019, head on over here.