For all of its expansive maps and lush visuals, action-adventure game The Pathless is really short. Clocking in at about 5 hours or less, you can play through the main story where you’re a lone archer trying to rid the giant forest island of the Godslayer’s red miasma corruption that’s messing up its giant animal guardians and peace. You also befriend an eagle who aids you, so there’s a lot at stake here in this simple tale that echoes your Legends of Zelda. Except that it’s short and will only occupy parts of your weekend.

That’s the only bad thing I can say about The Pathless, because everything from its nonlinear approach to its puzzles are well-thought-out and just immerses you in its beauty & Austin Wintory-crafted tribal-slash-ambiance soundtrack. 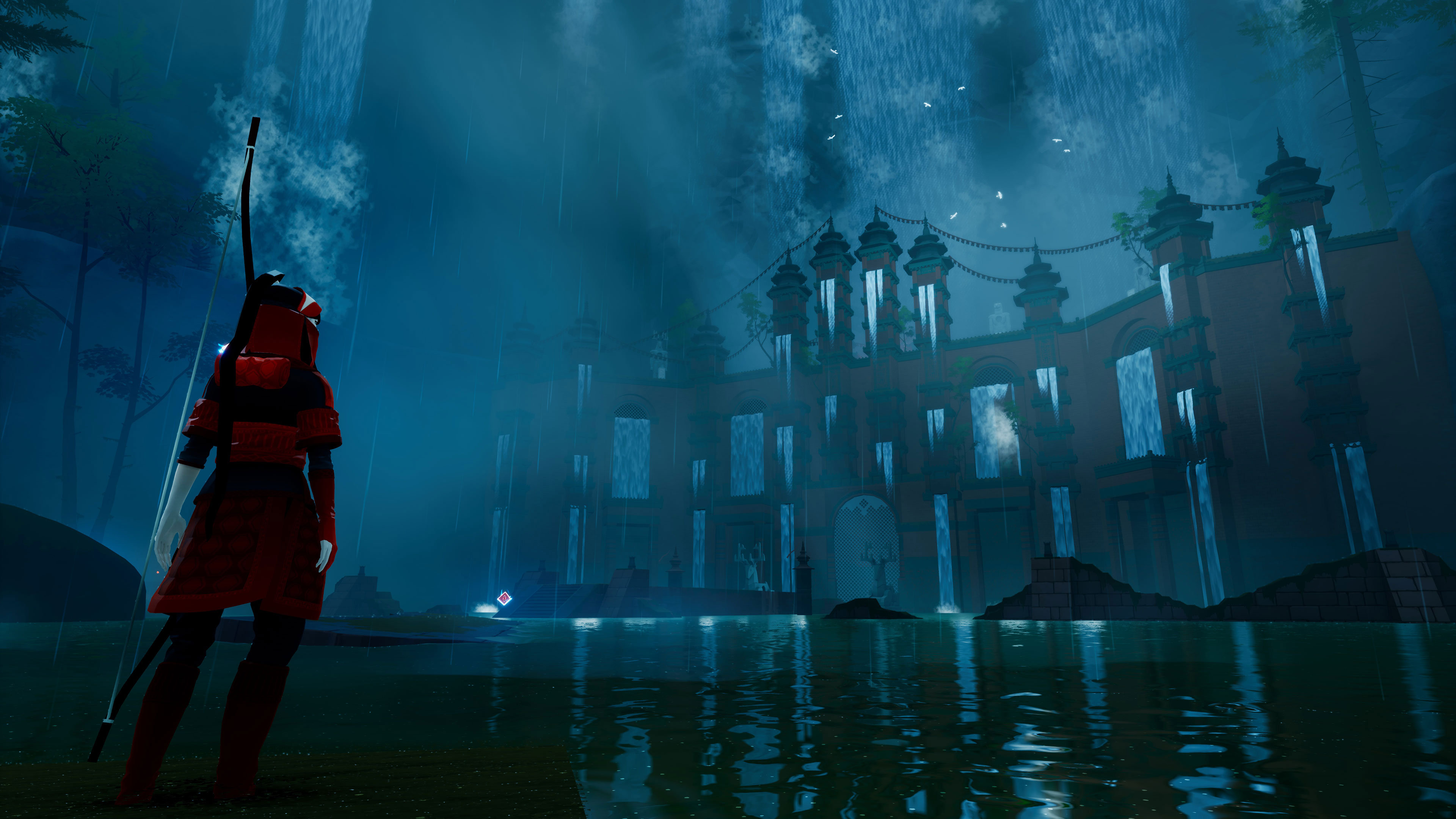 As a pro archer, you can arch and fire your bow without so much as aim; you just target what’s convenient to you, hold the right trigger button, and let go when the target is fully red. What exactly will you be shooting at? Apart from switches with eye marks on them, you also shoot down talismans that appear on the map. These floating mysteries help recharge your sprint meter and also gives you a slight dash boost. Yes, you will be doing a lot of dashing and sprinting in the vast outlands and lush forests of The Pathless.

Since you cannot regenerate said meter, you’ll need to run, fire your bow multiple times at consecutive targets, and have the talismans fill up your meter so that you can keep your momentum. Some areas and tricky-to-reach areas require you to make use of these talismans and your elite archer skills so that you can gain enough speed to reach these areas. You’ll also need to shoot down the corrupted giant animals in boss segments; those are a whole lot of fun and will test your running-and-talisman-shooting skills. You’ll also feel like an elite pulling off trick shots from afar while you’re up in the air or skidding with your knees like the late Eddie Van Halen.

Your eagle isn’t just some freeloading freebird; it can help you glide and flap upwards to extended heights, carry and reposition objects for you for puzzle bits, and also do a glowing light burst bit that wards off the corruption. The bird also needs a bit of maintenance since it needs cleaning up after corruption-related segments. They come few and far between, but it’s always nice to stroke your giant bird after it gets all messy. 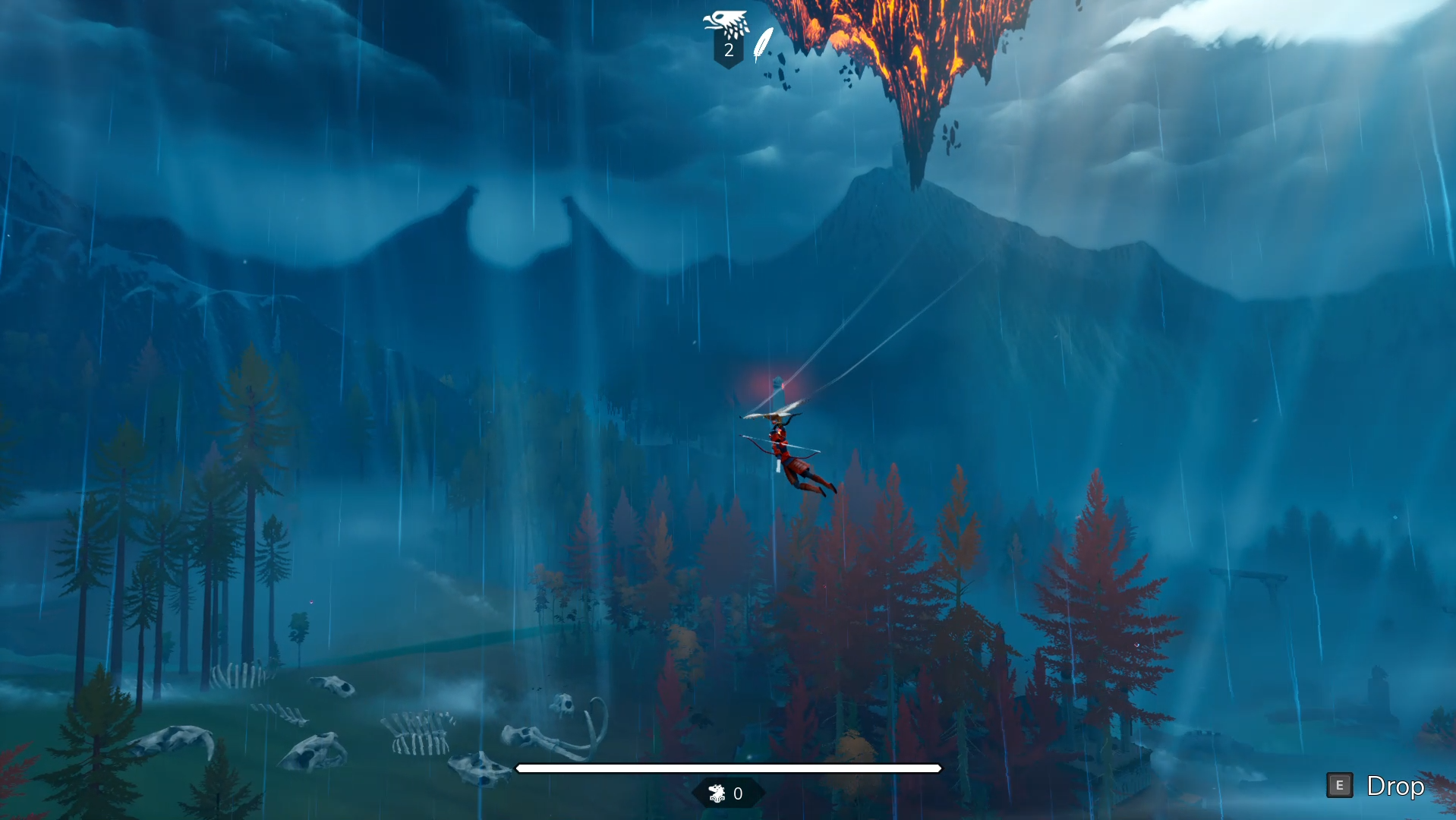 While you can’t really die in The Pathless game-wise, you can get stuck if you can’t figure out the puzzle and boss segments. As such, this is a game for everyone who wants an action-adventure exploratory-savvy experience but without harsh penalties. The Pathless is still challenging in its own unconventional right.

Some of these brain teasers and ruins require you to shoot your arrow through literal hoops to activate the switch at the end, while others require your bird to help reposition deflecting mirrors to set certain switches on fire with your arrow. Some even deactivate the use of your bird’s glide and flap, requiring you to make use of the talismans for that needed jump boost for that hard-to-reach platform.

There are some areas that require extra height flaps, meaning you need to collect yellow “experience” points from all over the map to add more flaps to your bird. You can acquire these either through solving special puzzle rooms set in ruins or do time trials highlighted by a cluster(?) of butterflies.

While it won’t take up your entire evening, you still need to put in the extra work just exploring most of the lush island and its nature-laden eye candy. They’re also fun to do and attempt thanks to the easy and flexible controls. Protip: play this on a controller; the keyboard and mouse setup feels unnatural for a game of this tailoring.

The Pathless may not be completely meaty, and can be annoying at times with its padded out stealth sequences where you have to fetch your bird to safety from a roaming corrupted beast. However, its presentation, its challenges and puzzles, and its unique one-two archer-and-falcon punch are noteworthy enough to pick it up as either a PC indie darling or a lovely launch title for your newly-acquired PS5.

In other words, take flight. 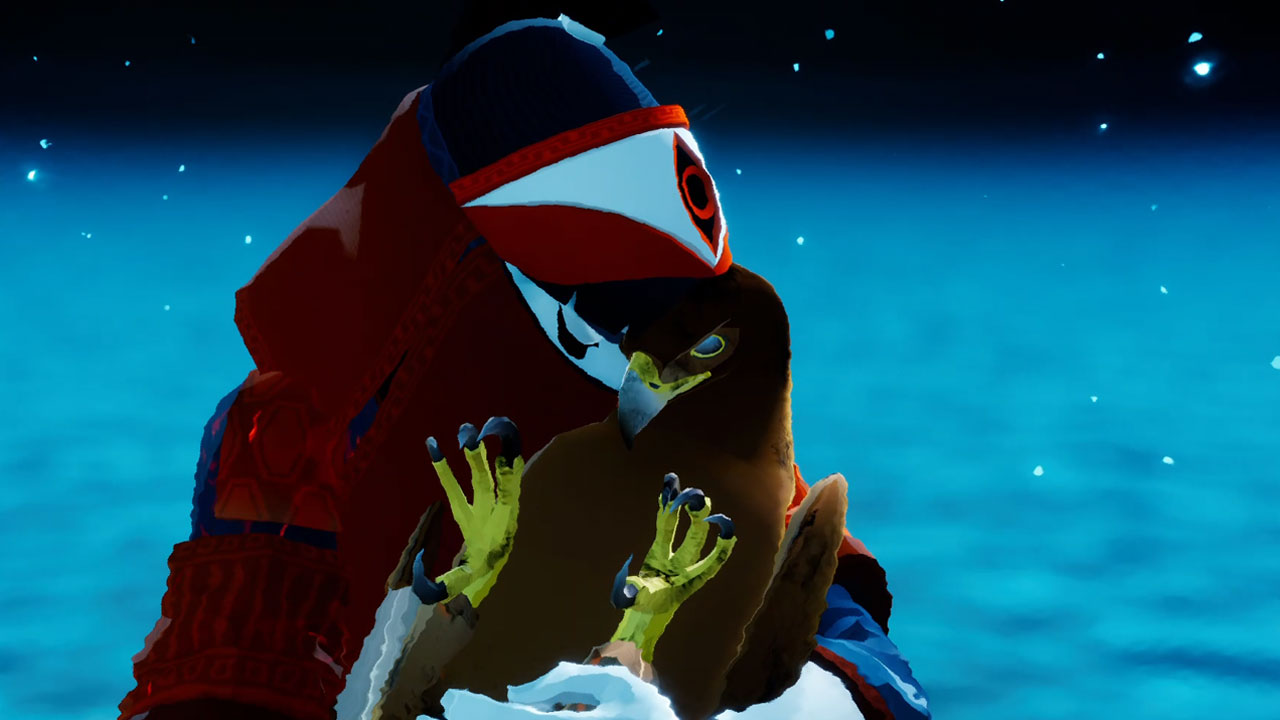 110 Industries has announced its collaboration with Oscar-award winning composer Georgio Moroder for the upcoming mech combat title, Vengeance Is Mine...

Heroes of the Storm's CraftWars event is now live, bringing with it new skins, mounts, the next Nexus Anomaly, the latest round of Hero reworks, and ...

Sony Interactive Entertainment has recently updated the PS5 accessories website with detailed information on each announced accessory for the upcoming...