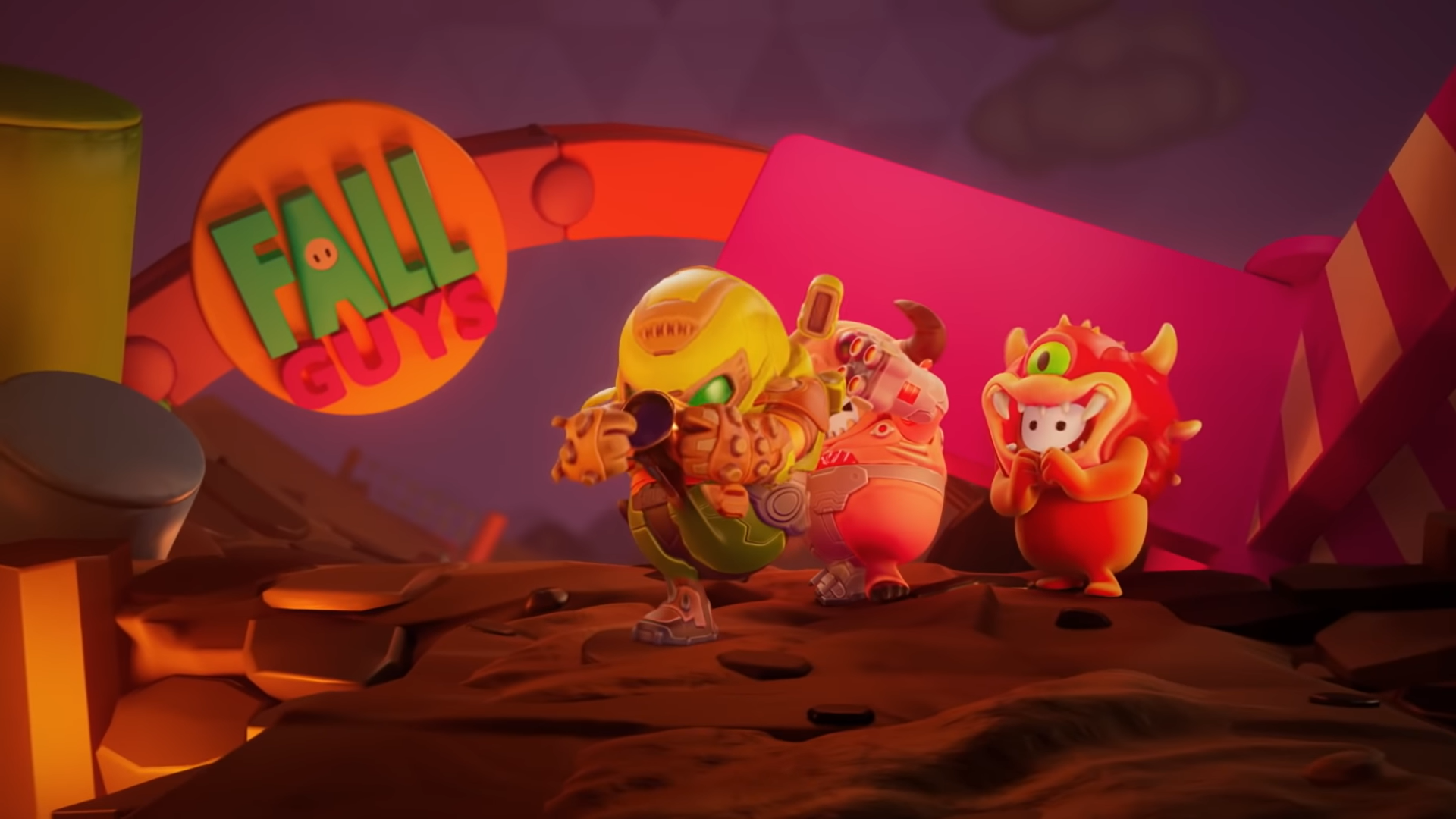 It looks like it’s going to get hotter in Fall Guys.

Doom Eternal skins are making their way to Fall Guys Ultimate Knockout as revealed in a new teaser trailer.

The costumes will be available from 12 January 2021. They will come in three different character variations, including Doomguy, Cacodemon, and Tyrant.Â

Previously-released skins include Sonic, Godzilla and more. What more collaborations will the folks at Mediatonic cook up next?