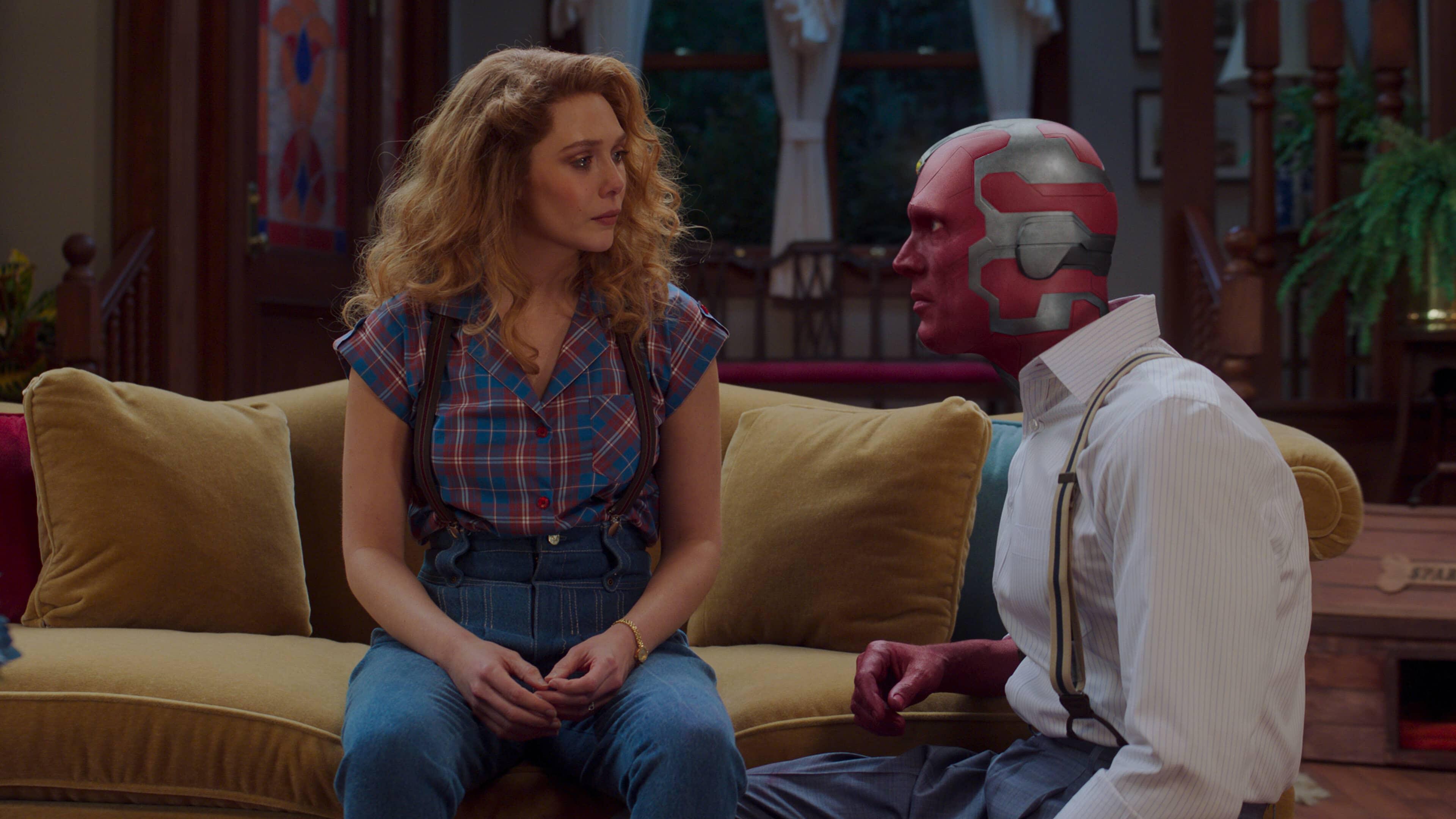 In WandaVision Episode 5, we return to the series’ usual programming with more sitcom homages.

Iâ€™ll be discussing heavy spoilers fromÂ WandaVision Episode 5 so if you havenâ€™t seen them or want to avoid spoilers, nowâ€™s your chance to stop reading. If you havenâ€™t, you can check out my previous articles on the first two episodes, Episode 3Â and Episode 4.

The Twins Can Age Themselves At Will

Yes, throughout the entirety of Episode 5, it seems that the twins (Billy and Tommy) have the power to age themselves at will. First, from babies to five-year-olds and later from five to ten-year-olds. It also seems like they’re aware of their powers and that Wanda used her powers to bring Vision back to life.

This is a mystery because it’s unclear if the twins inherited Wanda’s powers, or if another more sinister force is at play here.

That might be true, but it might also be wrong. Why? Because later in the episode, Wanda claims that she doesn’t really remember how Westview began. Maybe she was possessed or compelled by a sinister force (Mephisto, Chthon?) when she stole Vision’s corpse? It’s possible.

I WAS RIGHT! Back in Episode 3’s breakdown, I proposed that maybe the hexagonal shape of the fake Westviewâ€™s map is a reference to the fact that in the comics, Wandaâ€™s original powers were described as â€œhex powersâ€ that could cause random and unlikely events to take place. It turns out that because of Westview’s hexagonal shape, Dr. Darcy Lewis is giving the anomaly and Wanda’s powers a name; Hex.

And that segues into the next one…

Wanda Is Rewriting Reality, Just Like In The Comics

In Episode 5, Monica deducts that Wanda is actually rewriting reality inside Westview when she realises that her 70s clothes from Episode 3 are made of the same materials as the clothes she was wearing when she entered the fake Hex reality (bulletproof Kevlar). Wanda’s Hex powers is official, folks and even Darcy is happy.

Damn, it feels so good to call them that!

When discussing Wanda’s sudden power increase, Monica points out that Wanda was already powerful enough to take out Thanos on her own in 2019’s Avengers Endgame if he didn’t order an airstrike blitz. That was then, and maybe the state of Wanda’s broken mind was enough to elevate her powers even further (this remains speculation for now, though).

Monica Has A Personal Problem With Captain Marvel

In the same discussion, Jimmy Woo brings up Captain Marvel AKA Carol Danvers and the look on Monica’s face says it all. It seems like she has beef with Captain Marvel, despite the fact that the Carol was a good friend of her deceased mother (Maria Rambeau).

It’s easy to surmise that perhaps that’s exactly the reason. Think about it; she may be indirectly blaming Carol for her mother’s death,or it could be for some other reason entirely.

Vision Can Awaken People From The Hex

Vision can somehow awaken and free the people under the Hex spell, albeit only momentarily. He manages to do this to Norm (Asif Ali), allowing his suppressed personality to rise up for a while.

Wanda Can Exit The Fake Hex Reality At Will, Confronts SWORD

When SWORD sends in a drone with weapons, Wanda stops it and surprisingly just walks out of Westview. This proves that she’s aware that Westview isn’t real, further supporting the idea that all of this Hex anomaly is caused by her.

She threatens SWORD with a warning before going back inside Westview and perhaps reinforcing the barriers surrounding it.

Vision partially breaks free of Wanda’s control, perhaps because he himself was originally brought to life (for the first time) by one of the Infinity Stones. He confronts Wanda and starts questioning her, saying that he can’t remember anything from his past, or anything before Westview. This means that maybe Wanda is still able to suppress his memories of the truth and trauma of what really happened to him (his death at the hands of Thanos).

The last and the arguably biggest surprise of WandaVision Episode 5 is the sudden appearance of Quicksilver AKA Pietro Maximoff, but it’s not the MCU’s version as portrayed by Aaron-Taylor Johnson. Instead, it’s the version portrayed by Evan Peters, which begs the question.

Is this really the Fox X-Men universe’s version of Pietro somehow crossing over into the MCU, or is it simply an imposter in the skin of Quicksilver, perhaps a powerful entity with knowledge of the multiverse like Mephisto or Chthon? Unfortunately, the episode ends here, and we’ll have to wait until the next episode to learn more.

As a conclusion, WandaVision Episode 5 is a big one in terms of surprises, and things will probably be a lot different in Episode 6. Maybe the Twins will be even older by then and start exhibiting their own powers? Maybe we’ll learn more about this Pietro? Stay tuned for next week.

The Mandalorian Season 2 Premiere Goes Big From The Start