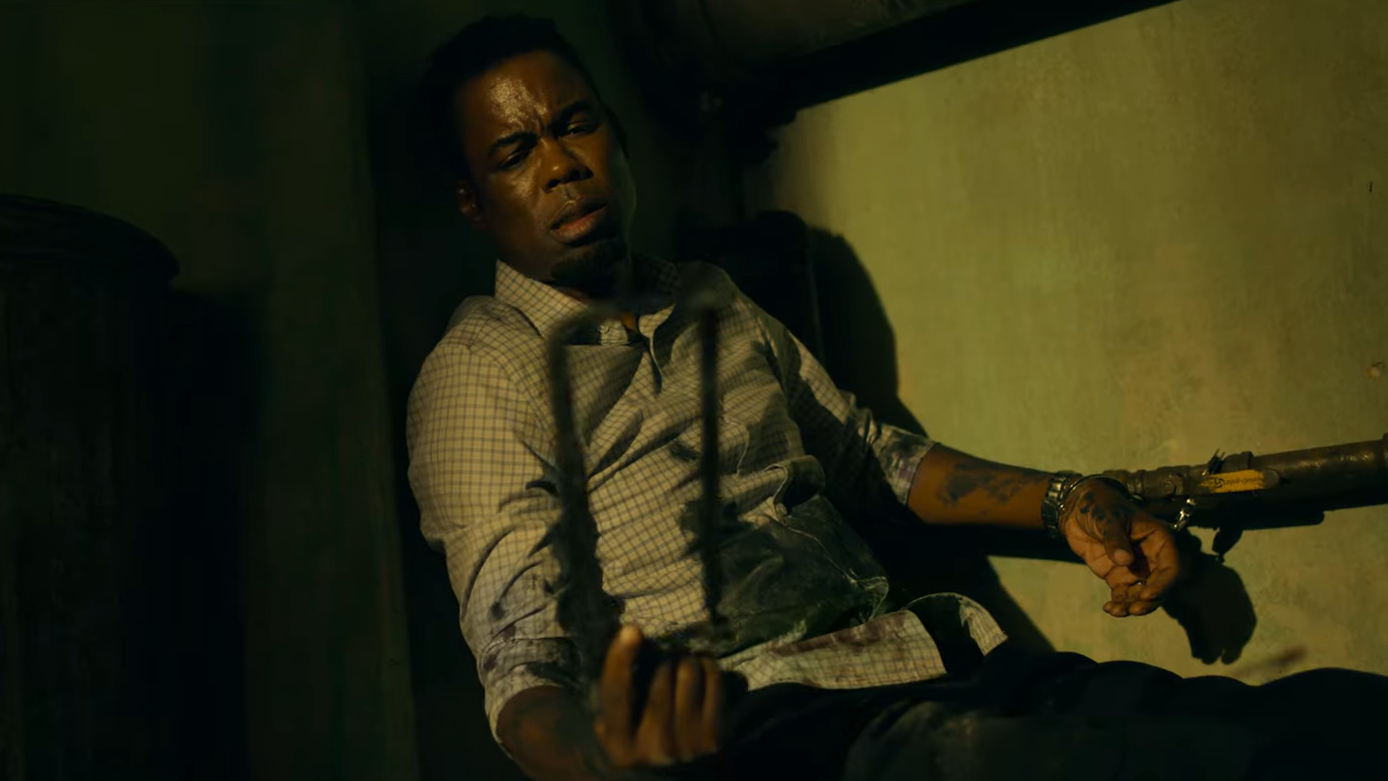 Lionsgate has released a brand new trailer for the upcoming Spiral From The Book Of Saw, which is slated to premiere on 14 May 2021. This is actually the ninth entry in the Saw film franchise, the last movie of which was 2017’s Jigsaw.

Directed by Darren Lynn Bousman, the synopsis for the movie reads:

A criminal mastermind unleashes a twisted form of justice in Spiral, the terrifying new chapter from the book of Saw.

Working in the shadow of his father, an esteemed police veteran (Samuel L. Jackson), brash Detective Ezekiel â€œZekeâ€ Banks (Chris Rock) and his rookie partner (Max Minghella) take charge of a grisly investigation into murders that are eerily reminiscent of the cityâ€™s gruesome past.

Unwittingly entrapped in a deepening mystery, Zeke finds himself at the center of the killerâ€™s morbid game.

Spiral From The Book Of Saw stars Chris Rock, Max Minghella, Marisol Nichols, and Samuel L. Jackson. It is produced by the original Saw team of Mark Burg and Oren Koules, as well as written by Josh Stolberg & Pete Goldfinger.

Director Darren Lynn Bousman also previously directed 2005’s Saw II, 2006’s Saw III, and 2007’s Saw IV. As such, he’s no stranger to the long-running horror franchise. Fans can probably expect a lot of easter eggs and callbacks to past entries in Spiral.

In the meantime, check out the new trailer below: