We Talk To Malaysia’s Current Champion Sim Racer About What’s Next, His Idols & More

Earlier this year, the E1 Championship Season Zero came to an epic close when Malaysian sim racer Naquib Azlan and his team, Stratos Motorsport, was crowned driver and team champions. The 21-year old Malaysian took home a grand prize of US$5,000.

Just several months later, the E1 Championship is counting down to the first race of its new season. 11 teams and 15 drivers from last season, including Naquib Azlan, will be making a return in Season 1. They will need to prove their skills on the track to compete for the US$15,000 prize pool.

The upcoming 8-round championship will begin on 7 April 2021 and take place every subsequent Wednesday on Astro eGG Network or their official Facebook page. The E1 Championship is powered by Axle Sports and Astro eGG Network, in partnership with ERacing GP and RaceRoom. 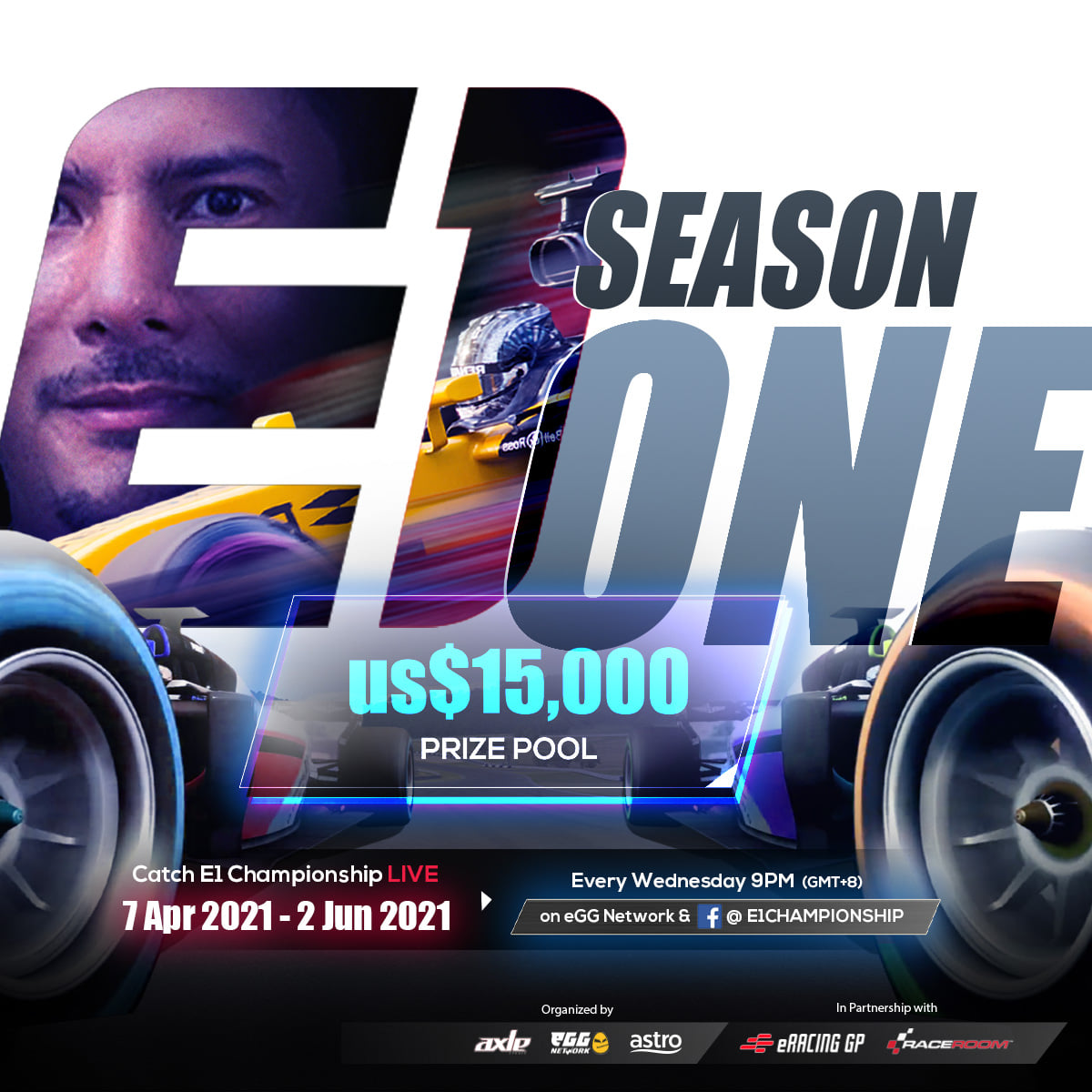 Thanks to Astro, we were lucky enough to secure an exclusive interview with Naquib Azlan. He answered questions on sim racing, his preparations for the upcoming new season and more. Check them out below:

Q: What is next for you now that you’ve won the inaugural season of the E1 Championship?

A: Winning such a big event like the E1 Championship of course means a lot to me and Iâ€™d like to continue building on my skills with that momentum into this new season and also other sim racing competitions too.

Q: Do you have any plans to race in actual live cars following your successful esports career?

A: That is the dream to transfer from virtual into reality.

Luckily enough, I was selected late last year to be part of the Toyota Gazoo Racing Young Talent development program and just came back from my first ever real-life race weekend last week which was awesome.

Hope to be doing more real-life driving in the future.

Q: How have you been preparing for the upcoming E1 Championship Season 1?

And doing many laps.

Q: Who do you consider to be your fiercest rivals in this esport?

A: I wouldn’t say there’s a specific driver I find to be the fiercest against me, obviously last season I had some good battles with Mikko Nassi and who knows this season might be anyone, all I am focusing on is myself and making sure I do the best I can.

Q: How and why did you start taking part in sim racing esports?

A: I have a huge passion and love for racing and motorsports.

Itâ€™s been a part of me ever since I was like 3 years old and I always wanted to become a racing driver.

Real-life was too expensive for me so turned to sim racing and focus on building my foundation there.

Q: Who would you consider as your idol when it comes to motorsport?

His genes are ultimately why I have this passion, and without him taking me to F1 races, taking me karting, buying the games that I play now, it wouldâ€™ve never happened without him and Iâ€™m very lucky he and my whole family support my dream.

Q: Do you support any particular professional racer today?

A: I would say; Sebastian Vettel.

I love his character off and on track, he would do anything to win and his level to details of his work is inspiring.

Q: Do you have any advice for aspiring sim racers out there?

A: Dream big, always aim for the top, sim racing is only getting bigger.

Words that I always remember is Never Stop Believing.

As was previously mentioned, you can check out Naquib Azlan in action during the E1 Championship Season 1 by tuning into Astro eGG Network or their official Facebook page every Wednesday starting from 7 April 2021 at 9pm GMT+8.

Check out the E1 Championship Season 1 schedule and format below: 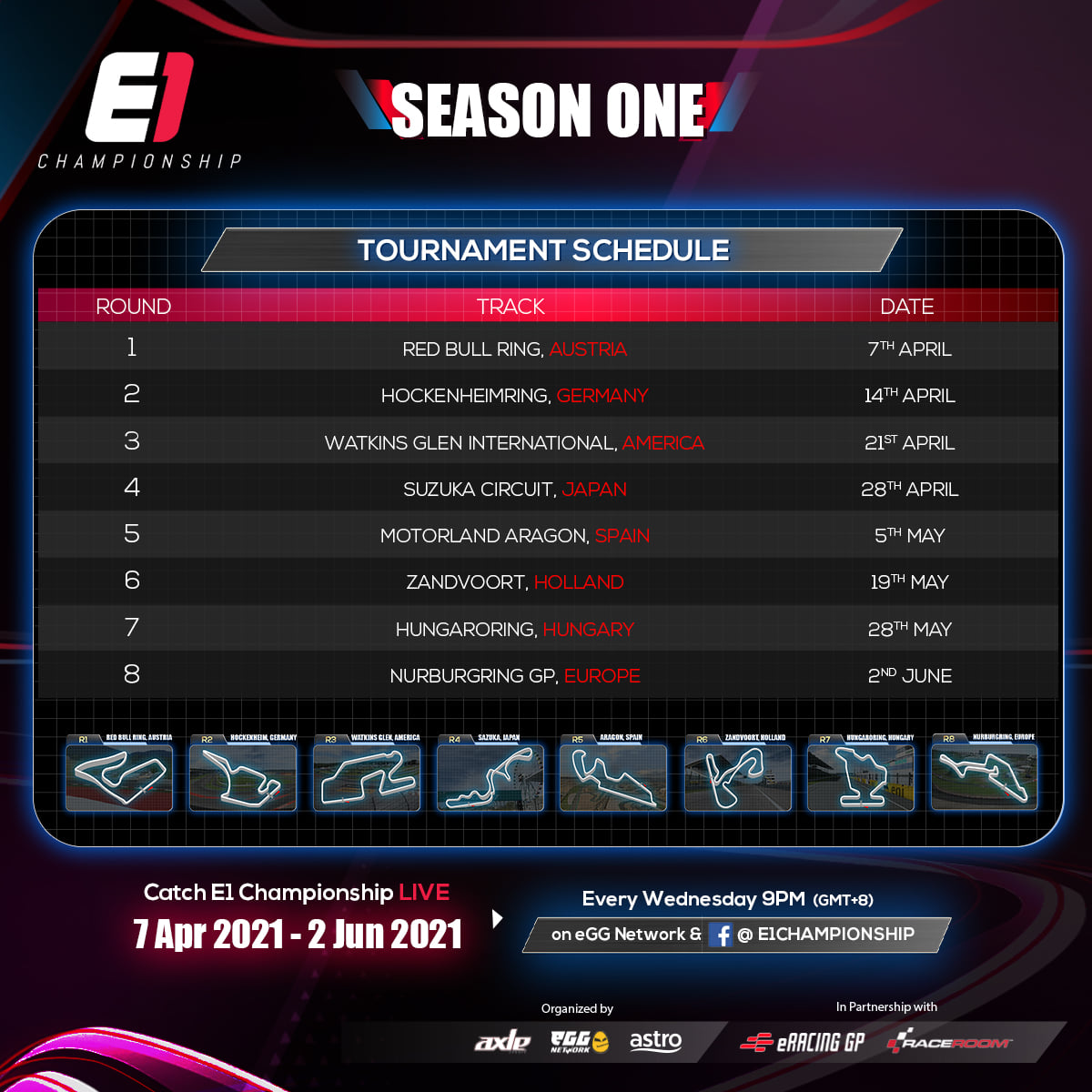 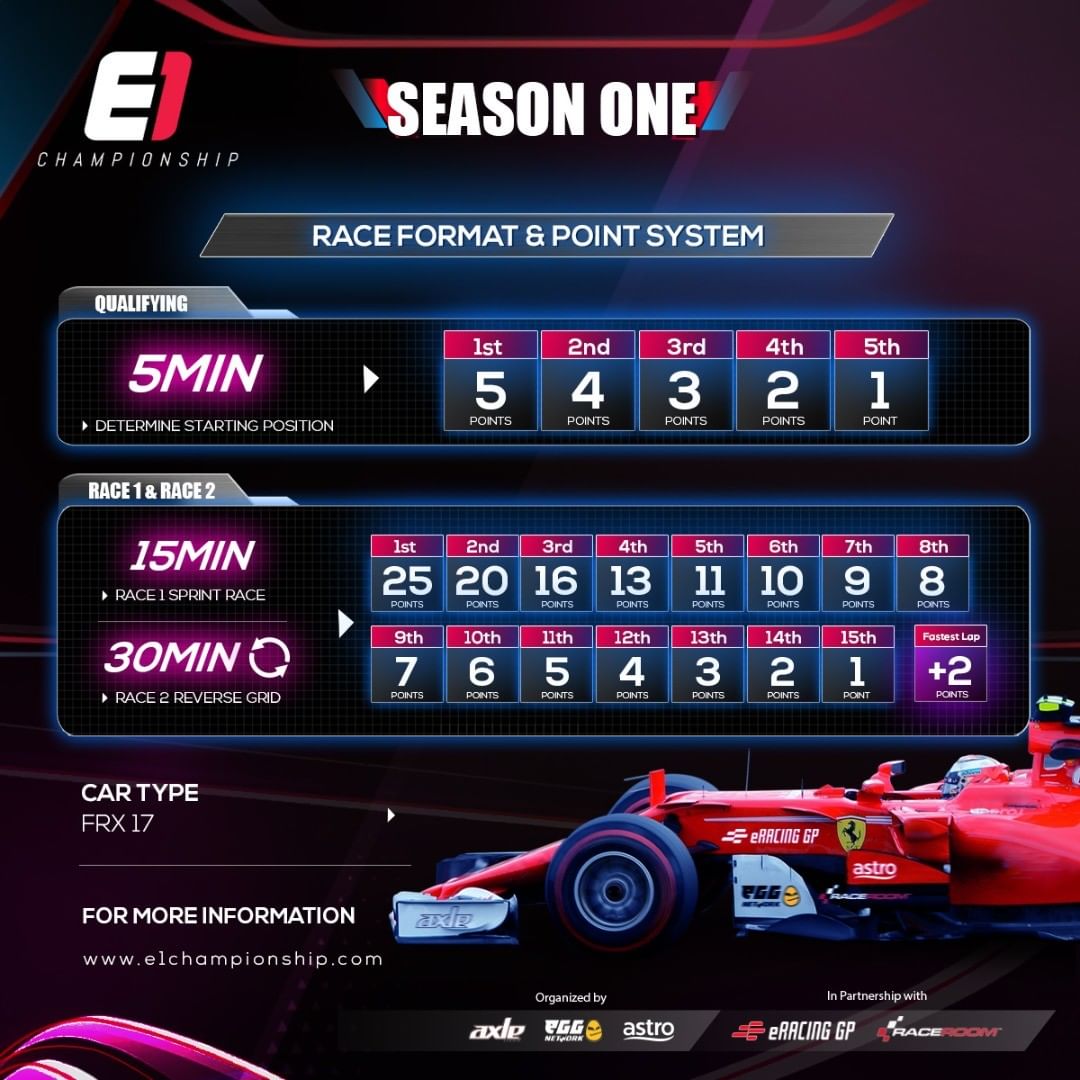 Feature,News
Spider-Man No Way Home: What You Need To Know Before You Web-Swing

Winter 2021 was stacked with many amazing shows like Attack on Titan, Horimiya, and The Promised Neverland, which satisfied many anime fans. Sadly, al...