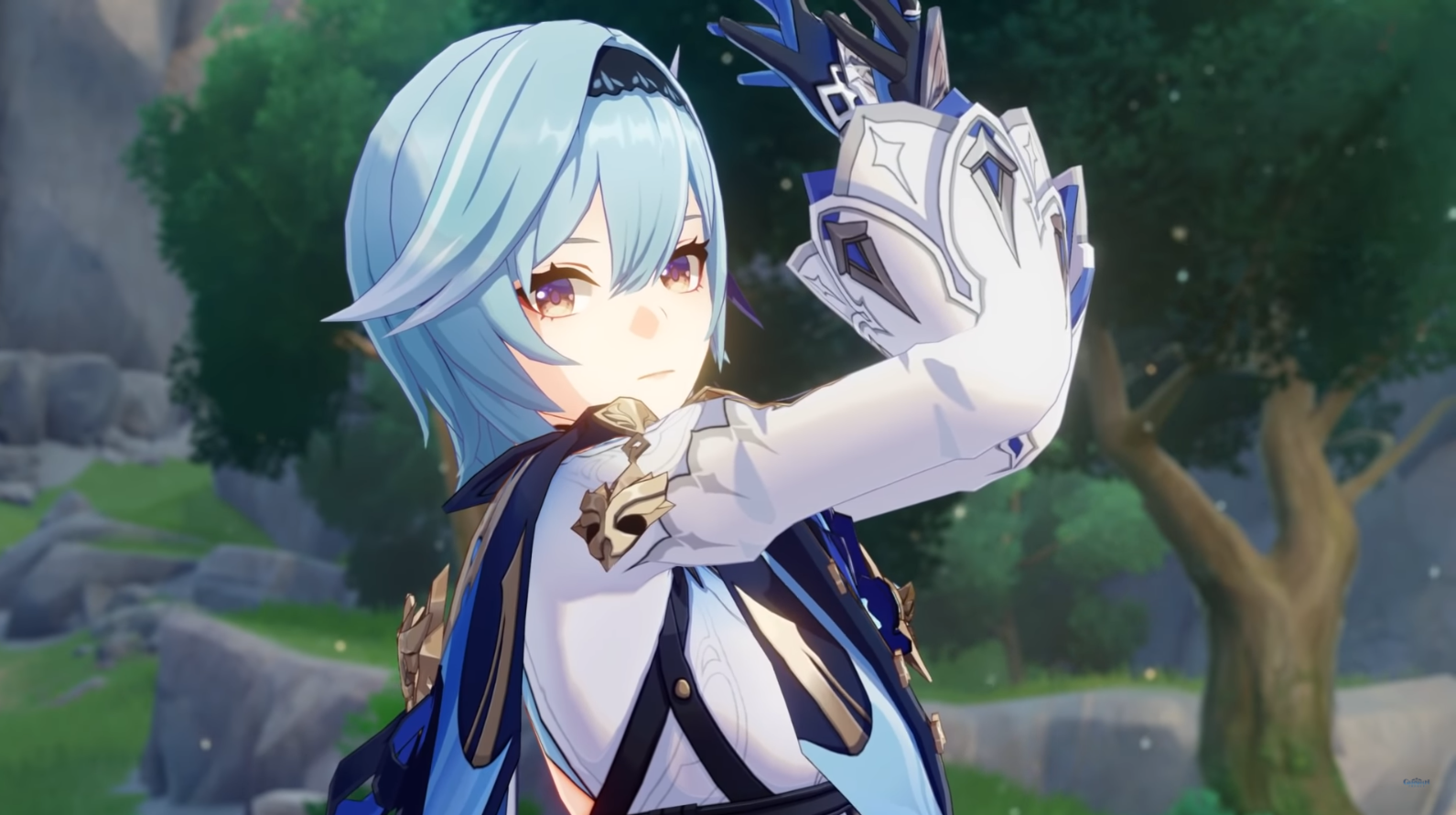 She’s cold, calm, has a rebellious streak, and is a pretty good dancer. Her giant sword skills allow her to gain Grimheart stack buffs that increase her resistance to interruption and her defenses. She can also consume all Grimheart stacks for a massive attack with heavy Cryo properties. Her Elemental Burst lets her summon a Lightfall Sword that gives her useful passives while active.

Her character banner called Born of Ocean Swell, will be up on 18th May 6pm GMT+8 and will end on 8th June 3pm GMT+8. Other characters in the Genshin Impact banner include Xinyan, Beidou, and Xingqiu.

90% of this trailer is her dancing...if there is no dancing button for this character then they lied to us straight in our faces...I'm getting a feeling there will be a ship between Eula and Amber People slandered eula, and then she sneeze and dance, and now people going down bad for her. Genshin tcommunity, in a nutshell