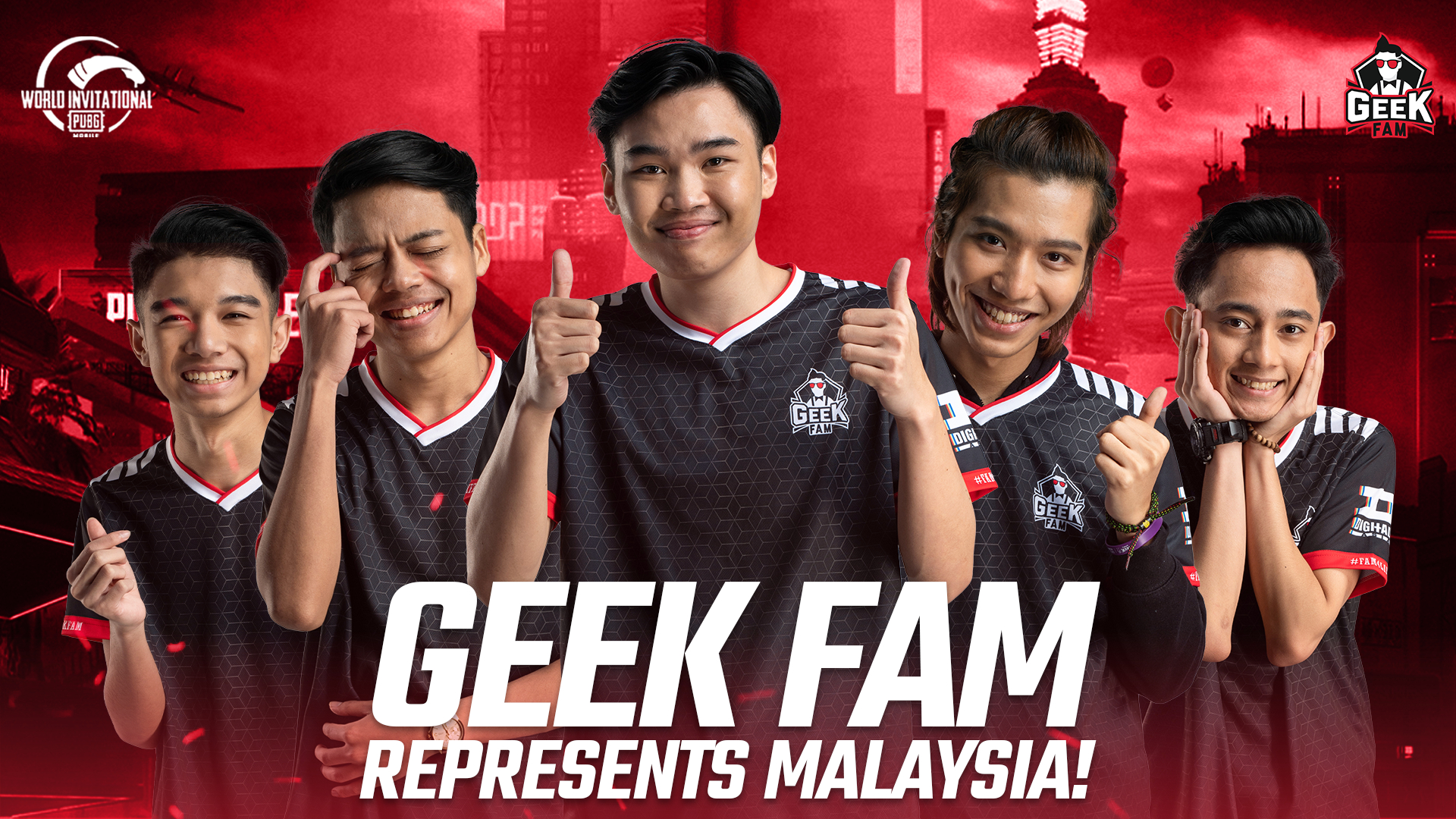 The PUBG Mobile World Invitational (PMWI) East 2021 drew to a close after a brutal 20 matches of intense competition, over a period of 4 days. Taking place between 22 July to 25 July 2021, the 4-day tournament hosted sixteen teams across Asia, competing to be crowned champions of the biggest PUBG Mobile charity tournament organized by Tencent in collaboration with Gamers Without Borders.Â

With the event featuring some of the biggest PUBG Mobile teams from all over the world, Geek Fam was chosen as the one and only team to represent Malaysia on an international scale. Consistency being their strong suit, Geek Fam was selected based on their incredible team rankings which remained consistently strong during PUBG Mobile Pro League (PMPL) Season 3.Â

Securing the invite to The PUBG Mobile World Invitational (PMWI) East 2021, the team managed to secure a Winner Winner Chicken Dinner, on Day 1, Match 3, with a total of 11 kills. Furthermore, in-game leader, DamRude, ranked 3rd place as Kill Leader on Day 1 of the tournament.Â

With the majority of the US$3.16 million prize pool to be donated to a list of charity organisations, identified by Gamers Without Borders. Geek Fam contributed US$61,500 to UNICEF, in line with Gamers Without Borders mission to distribute vaccines across underdeveloped countries and communities that hold the risk of being forgotten and continue to suffer as compared to global superpowers that are fast approaching the post-pandemic era.Â

Overall an incredibly intense 4 days, like all good things, the PMWI 2021 came to an end with Team Valdus Esports from Thailand, walking away with the champion title. Meanwhile, Geek Fam managed to grab 12th place in the overall standings.

Check out the official team placements below: