Due to emergent COVID-19 developments in key tournament markets, the group stage of the VCT Stage 3 – Challengers SEA – Playoffs will be pushed back by one day and will now take place between 13 to 16 August 2021. This change does not affect the Playoffs finals dates which remain from 19 to 22 August 2021, and the overall tournament format and our roster of casters will remain the same.

16 teams in the Valorant Champions Tour Stage 3 – Challengers SEA will meet for two intense weekends of competition on 13 to 16 and 19 to 22 August 2021 as the regionâ€™s best teams compete for one of two slots to represent Southeast Asia at the upcoming Masters 3: Berlin in September 2021, where they will play shoulder-to-shoulder with the best teams from North America, EMEA, Brazil, LATAM, Japan and Korea.

These teams are also competing for championship points that will count towards a qualification at Valorant Champions, the final event of the 2021 VCT.

Which Teams Are Qualified?

Here are the qualified teams â€“ 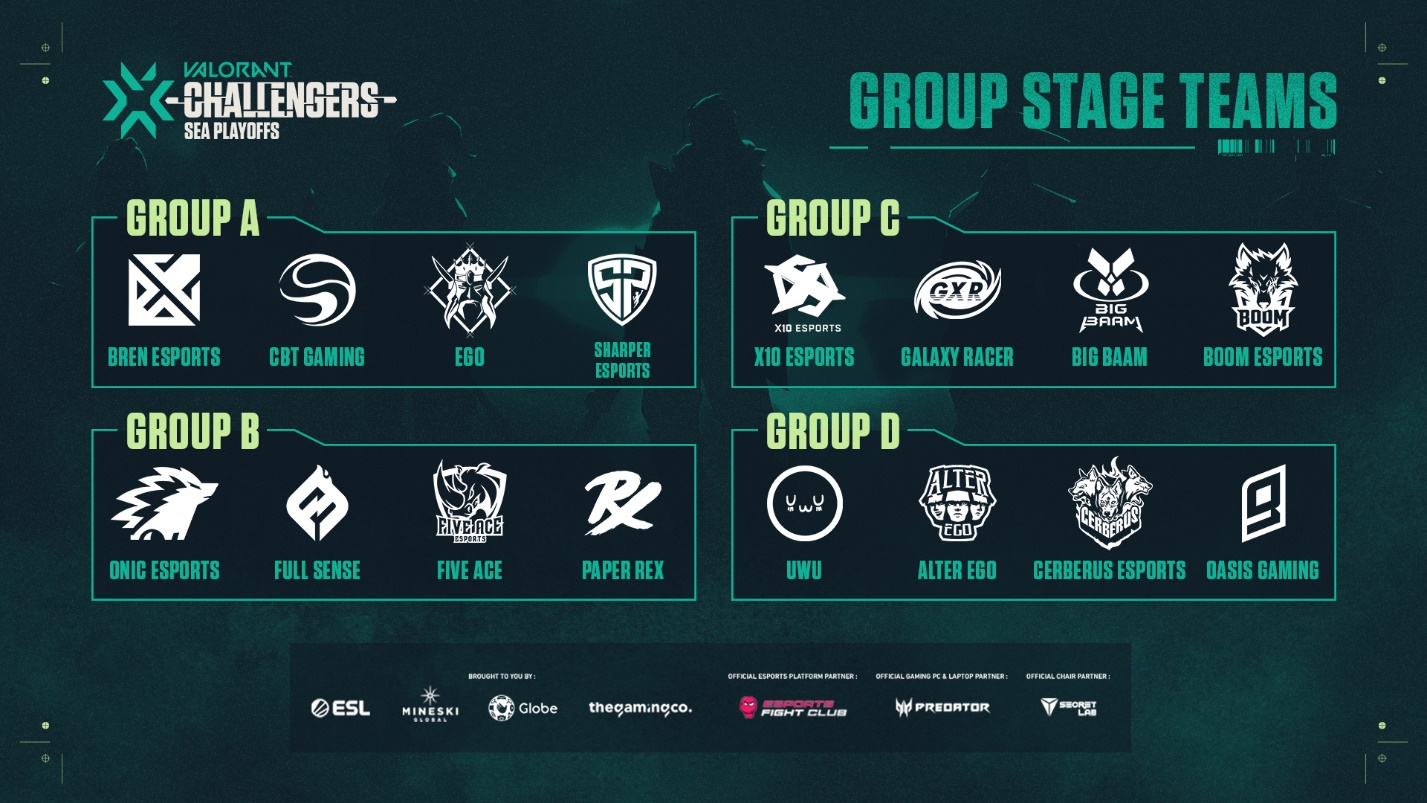 Teams have been segmented into groups based on regional performance at previous events throughout 2021. Given Vietnamese teams were, unfortunately, unable to participate in the VCT Stage 1 competitions back in March 2021, Riot has allotted 3 seeds to Vietnam for the Stage 3 Playoffs in Pool 3 providing Vietnamese teams with an opportunity to gain circuit points in this playoff round.

How Does It Work? 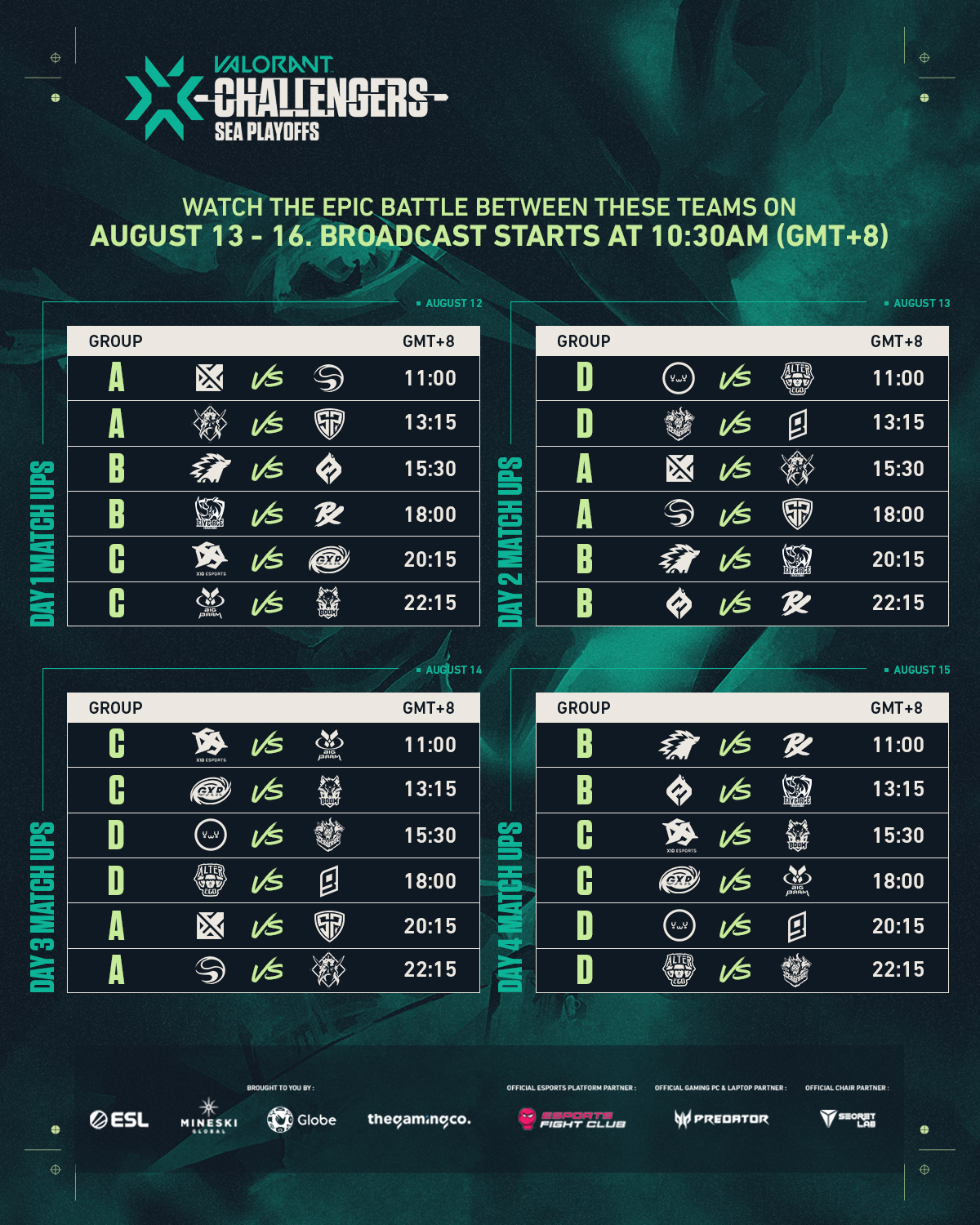 Playoffs will take place over two weekends. In the 1st weekend (13 to 16 August 2021), teams will be drawn into four groups that will play single round-robin, best-of-two matches where they will be awarded points based on the best-of-two results.

Groups in this first weekend cannot have two teams from the same region. Points in this group stage will be awarded along with the following outcomes: 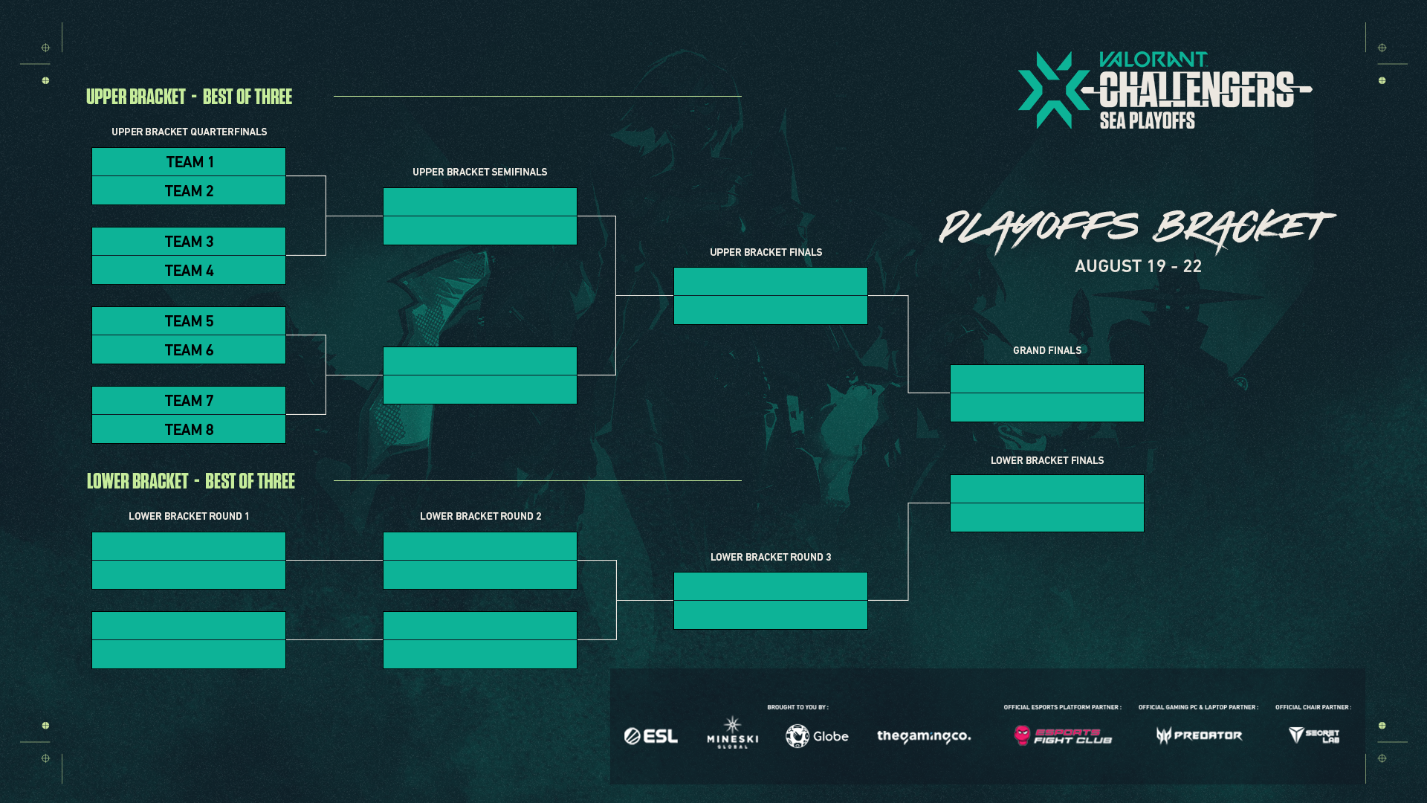 The two best teams from each group will then move on to the Playoff finals at the 2nd weekend (19 to 22 August 2021). These teams will be drawn into an 8 team, double-elimination bracket with the added rule that teams from the same group cannot meet each other in the first round. 2 teams will emerge victoriously and will move on to represent Southeast Asia in Masters 3: Berlin in September 2021.

All 16 teams will be competing for a combined prize pool of US$100,000 and a total of 260 championship points. 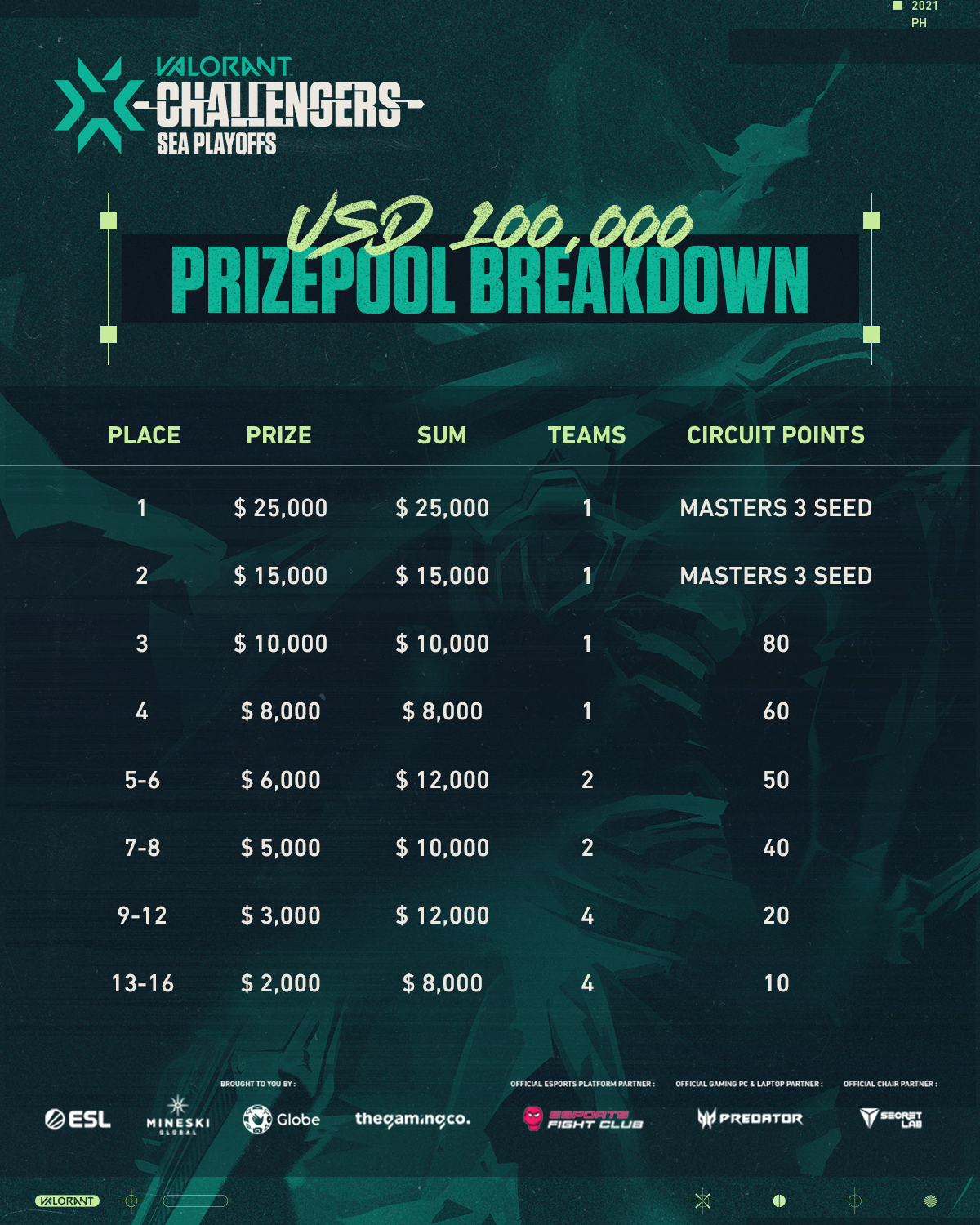 How To Watch It & Stay Updated

The action starts on Friday, August 13th, with matches commencing from 11am GMT+8 during the two tournament weekends.

Twitch will continue to be the English broadcast partner for VCT Challengers Stage 3. Full details of the schedule can be found on VALORANTesports.comÂ or on our local partner pages, with broadcasts for the following languages –

Update: The Results for the entire tournament has been posted on this feature. The Mobile Legends: Bang Bang World Championship (M3) will be held i...

Last year, several Newbee players were accused of match-fixing, and the team was banned by ImbaTV and the ChineseÂ Dota 2Â Professional Associati...

As much as I like my old-school headsets with cables, sometimes it's fine to splurge a bit on some wireless tech as long as the audio fidelity justifi...