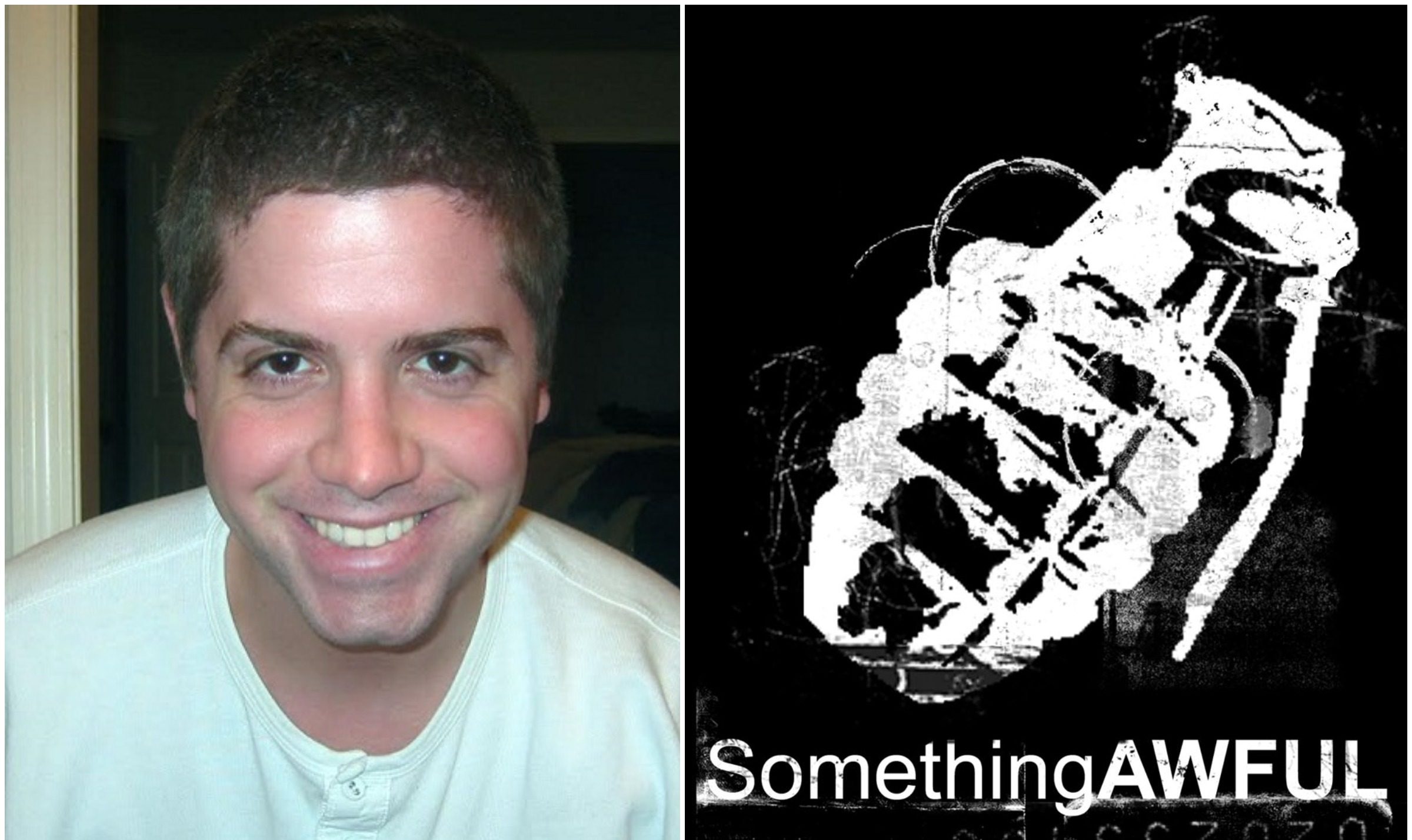 Richard “Lowtax” Kyanka, the founder of Something Awful and key figure in the modern internet culture since the early 2000s or so, has died. He was 45.

The news was brought up by Something Awful forum administrator Fragmaster, a personal friend of Lowtax (via Vice’s Motherboard). Lowtax tragically committed suicide on 9th November. Here’s the post & video:

“I guess I should preface this by saying this isn’t a joke especially since I’m posting for like the first time in 10 years or something, but I got the bad news today directly from Rich’s family. Lowtax has passed away. I didn’t ask for details. I don’t know details.

I don’t know what the current opinion of Rich here is. Not here to answer questions, I’m sharing the news. I really hate to share this news. But there you go. Goonspeed golden manbaby 555s 2 heaven.”

The video is a more detailed tribute to Lowtax and his contribution to pop culture and internet culture, as well as encouraging people to donate to a GoFundMe to support Lowtax’s daughter. Whether Lowtax and Something Awful’s is good or bad is up to every different individual to decide, but you cannot deny the massive influence the two had on the internet.

Originally started off as a venting site for Lowtax’s stint with GameSpy regarding Quake 2 coverage, Something Awful popped up in 1999 and eventually morphed into a comedy site. The site gave birth to popular memes and internet humour pieces such as “All your base are belong to us”, the Slender Man urban legend, and weekly Photoshop Phridays.

Most importantly, Something Awful started the Let’s Play video trend which YouTube and Twitch are currently profiting off on their respective services as we speak. The site is also a launchpad for comedy groups like Mega64.

Of course, there was a bad side to Lowtax. Domestic violence accusations involving him surfaced in 2020 and the way he handled it on the forums made him a hated figure on the Something Awful forums. He sold the forums to longtime admin Jeffrey of YOSPOS; Lowtax’s account was banned six months later. Here are a bunch of quotes that sum up Lowtax perfectly:

“It’s like lowtax definitely belongs on the Mt Rushmore of the internet, but also he would be wearing a confederate general’s uniform and then be immediately dynamited.” -Something Awful poster Breetai

Couldn’t have put it better myself. You will be missed, Lowtax.

Suicide is no joke. If you or someone you know has suicidal thoughts, contact Befrienders (Malaysia), Samaritans of Singapore (Singapore), and Therapy Route (Philippines). For a list outside these regions, head here.