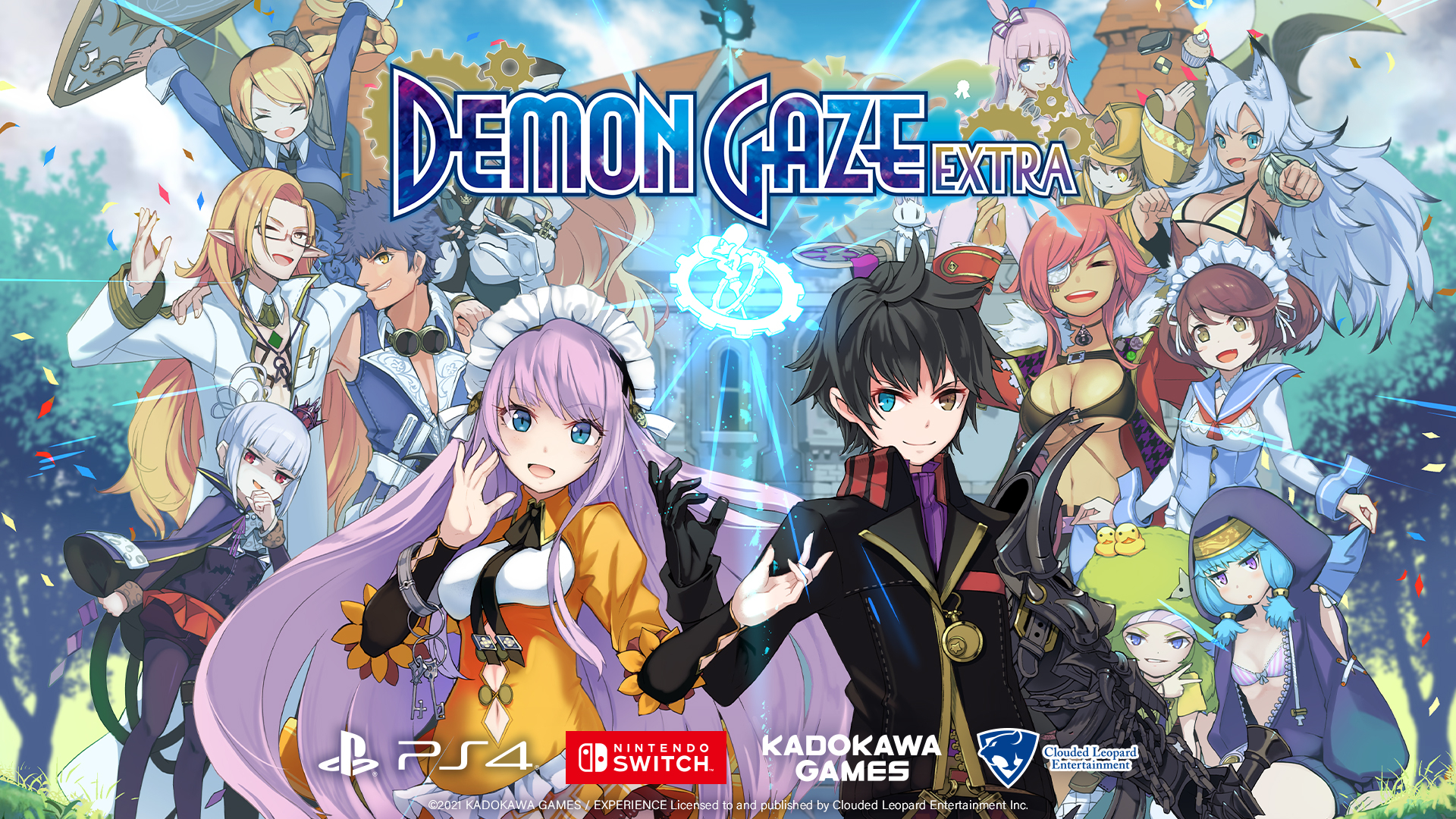 Clouded Leopard Entertainment Inc. has announced the new release date of Kadokawa Games’ dungeon RPG for the Nintendo Switch and PS4. The US and EU versions of Demon Gaze Extra will now release on 6 January 2022.

Back in September 2021, it was originally announced that Demon Gaze Extra was launching on 9 December 2021.

For those unfamiliar with the franchise, Demon Gaze Extra is a first-person dungeon-crawler JRPG, similar to thos early Shin Megami Tensei and Persona games.

The game’s setting takes place in the Misrid region in the west, a land now desolate and cursed due to a terrible tragedy that occurred long ago. After losing his memory and waking up at the Dragon Inn, the protagonist becomes a bounty hunter using the Demon Gaze, an eye that controls Demons. As a Demon Gazer, he is uniquely capable of taking on the Demons that dwell in the regionâ€™s labyrinths.

In Demon Gaze Extra, various elements have been tweaked, including the addition of a high-speed battle function, a retry function, and an enhanced autopilot function. The enhanced autopilot function is a streamlined version of the revolutionary feature from the original Demon Gaze. This, along with the addition of a high-speed battle function speeds up repeated battles in dungeons, allowing players to explore labyrinths more easily. In addition, Demon Gaze Extra has a retry function that allows players to go back to the beginning of a battle and try again in the event of a defeat.