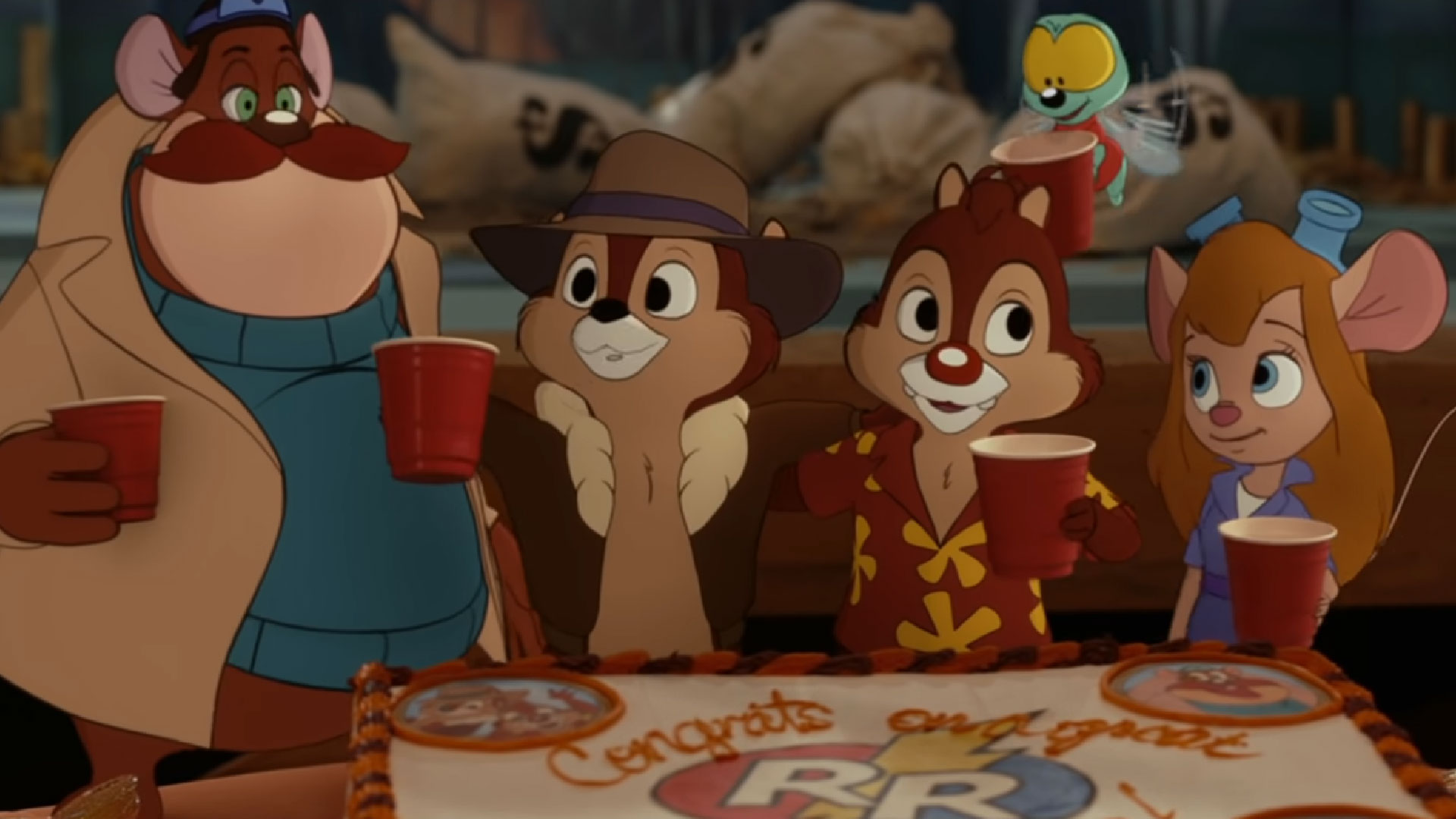 Disney just released a new teaser of its Chip ‘n Dale: Rescue Rangers follow-up to its 90s action-comedy caper, and it’s got a whole lot of Who Framed Roger Rabbit? vibe in terms of mixing two different mediums.

That’s right: the 2022 show is a 2D animation & live-action show combo movie (with some 3D in the mix!) and is about the former Disney Afternoon stars in modern-day Los Angeles 30 years later, trying to reconnect.

Chip and Dale are living amongst cartoons and humans in modern-day Los Angeles, but their lives are quite different now. It has been decades since their successful television series was canceled, and Chip (voice of Mulaney) has succumbed to a life of suburban domesticity as an insurance salesman. Dale (voice of Sandberg), meanwhile, has had CGI surgery and works the nostalgia convention circuit, desperate to relive his glory days.

When a former cast mate mysteriously disappears, Chip and Dale must repair their broken friendship and take on their Rescue Rangers detective personas once again to save their friendâ€™s life.

And when I said cameos, there’s a ton of them, most notably anything that belongs to Disney right now, including Roger Rabbit!

I was seriously not expecting MC Skat Kat at the start of the video.

Chip ‘n Dale: Rescue Rangers will be out on 20 May exclusively on Disney+ and Disney+ Hotstar.