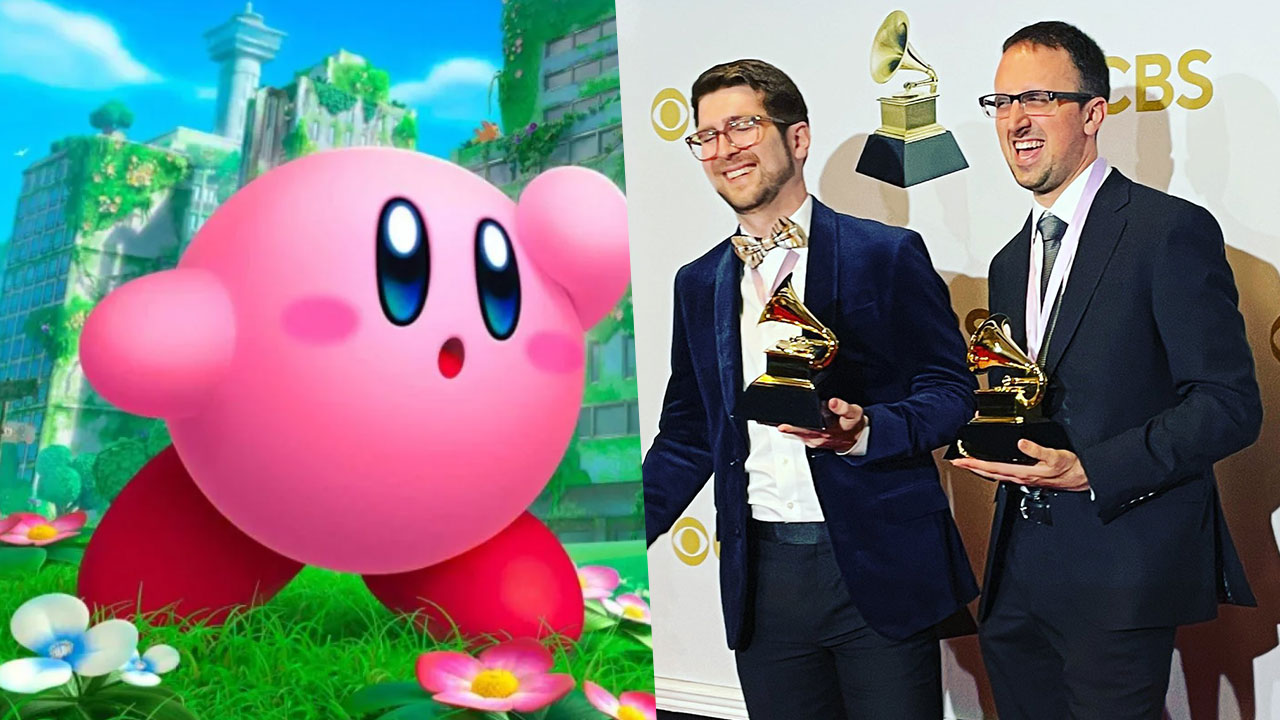 It’s a great day for video game music, as a renowned instrumental group won themselves a Grammy Award for 2022. By playing a sweet cover of a Kirby music track.

Charlie Rosen and Jake Silverman of The 8-Bit Big Band has won 2022’s Grammy Award for Best Arrangement (Instrument and A Cappella) with their take on the Kirby Super Star track “Meta Knight’s Revenge”. The duo has beaten Bill O’ Connell’s “Chopsticks”, Robin Smith’s “For The Love Of A Princess” from Braveheart, Emile Mosseri’s “Infinite Love”, and Gabriela Quintero & Rodrigo Sanchez’s “The Struggle Within”.

The track is from The 8-Bit Big Band’s album “Backwards Compatible” which features a huge number of lovely arrangements and covers of popular video game music such as “Hydrocity Zone” from Sonic The Hedgehog 3 and the main theme of Chrono Trigger.

HOLY SHIT WE WON THE GRAMMY!!LONG LIVE VIDEO GAME MUSIC!! Thanks to everybody who’s ever listened to @the8bitbigband , ALL of artists who have contributed their time/talent and of course HUGE thanks to my co-arranger the one and only @Button__Masher !! MUCH LOVE! pic.twitter.com/4JTakDTPQC

You can check out the Grammy Award winner track and album below (via Spotify). No complaints for this huge win here; it’s a slick cover to an iconic Kirby theme.

It’s pretty awesome to see groups like The 8-Bit Big Band get worldwide recognition and acclaim on this scale. Then again, video game music has come a long way from being niche. In fact, one of the 2022 Grammy Awards big winners, Jon Batiste, got his start in music by playing a lovely arrangement of “Green Hill Zone” from Sonic The Hedgehog, which also made an appearance in the live-action movie adaptation. To recap, Jon Batiste’s “We Are” won Album of the Year.

On a related note, here are the film scores and music that won the Grammy Awards 2022.

Rick And Morty Crosses Over Into Rainbow Six Siege