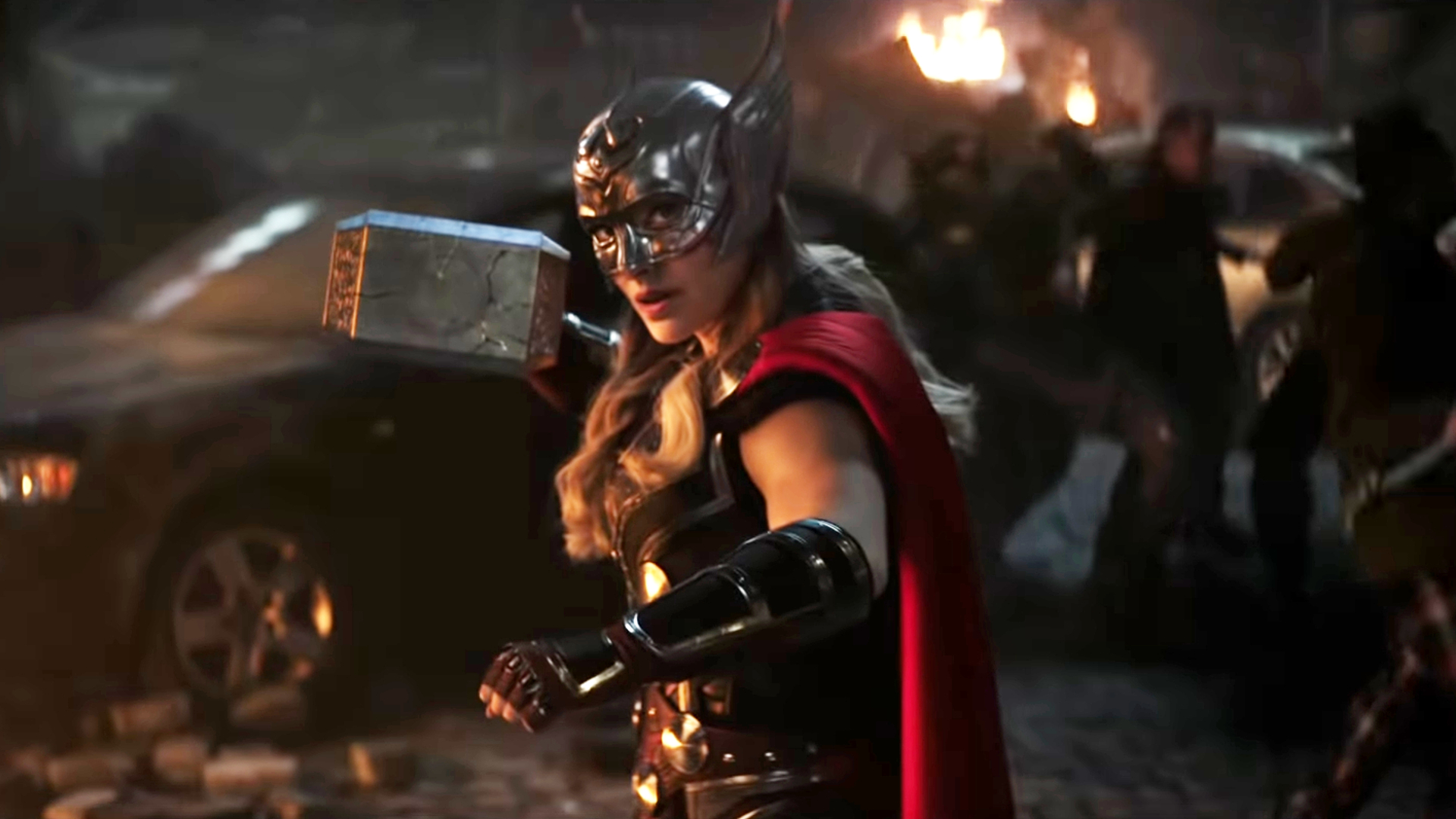 Marvel Studios has release the first trailer for the upcoming Thor Love And Thunder, which is slated to premiere in cinemas on 8 July 2022. That’s only two months after the release of Doctor Strange In The Multiverse Of Madness this May.

The official synopsis of the movie reads:

The film finds Thor (Chris Hemsworth) on a journey unlike anything he’s ever faced – a quest for inner peace. But his retirement is interrupted by a galactic killer known as Gorr the God Butcher (Christian Bale), who seeks the extinction of the gods. To combat the threat, Thor enlists the help of King Valkyrie (Tessa Thompson), Korg (Taika Waititi) and ex-girlfriend Jane Foster (Natalie Portman), who – to Thor’s surprise – inexplicably wields his magical hammer, Mjolnir, as the Mighty Thor. Together, they embark upon a harrowing cosmic adventure to uncover the mystery of the God Butcher’s vengeance and stop him before it’s too late.

As usual, check out the ComicsLord’s breakdown of the trailer below:

Fat Thor Is No More

Fat Thor in Avengers Endgame was amusing for a while, but it looks like Thor worked out and is now back to his fit old self again. Of course, Chris Hemsworth never really got fat for the role, so it’s only that he doesn’t have to wear a fat suit anymore.

Thor Is Now In The Guardians Of The Galaxy

Yes, just like the ending of Avengers Endgame showed us, Thor went along and joined the Guardians Of The Galaxy, opting for a more casual look.

Interestingly enough, his new costume looks reminiscent of Thunderstrike from the comics:

Will the movie take place across multiple periods of time?

This costume looks inspired by the one designed by Walter Simonson and Sal Buscema in the late 80s.

Our First Look At Zeus

Yes, other divine pantheons also exist in the Marvel universe, and that includes the Egyptian pantheon in Moon Knight, as well as the Greek pantheon. Here we get our first look at Zeus from the back. He will be played by Russell Crowe.

With the introduction of Zeus, it might not be long until we meet Hercules, who was once part of the Avengers in the comics:

This Scene Is Taken Straight From The Comics

In the comics, this scene is when Thor is investigating the killing spree of Gorr The God Butcher, who is killing gods across the universe. In Thor Love And Thunder, Gorr will be played by Christian Bale, but doesn’t appear in this trailer.

The scene from the trailer is taken directly from the Jason Aaron and Esad Ribic comics.

Tessa Thompson’s Valkyrie is now the king of New Asgard on Earth, and it looks like she’ll have to deal with a lot of red tape issues while she’s in charge.

The trailer ends with a shocker, Mjolnir has been reforged and it’s now being wielded by a woman Thor. For those who read the comics, you’d know that this is actually Jane Foster. Natalie Portman is reprising her role for the first time since 2013’s Thor The Dark World.

It’s a long story about how or why Jane Foster is now Thor, but if you want to know all that from the comics, head on over here for my article explaining all that for your convenience.

Check out the Thor Love And Thunder trailer below:

You Can Now Play All The Yakuza Games On PS4

by TGV Malaysia Teams Up With Disney & Maybank For Marvel Super Pass | KAKUCHOPUREI.COM in April 20, 2022
Reply

[…] Thor: Love & Thunder is the latest movie to get a brand-new trailer, while Doctor Strange in the Multiverse of Madness is coming soon on 4th May, spells and all. […]