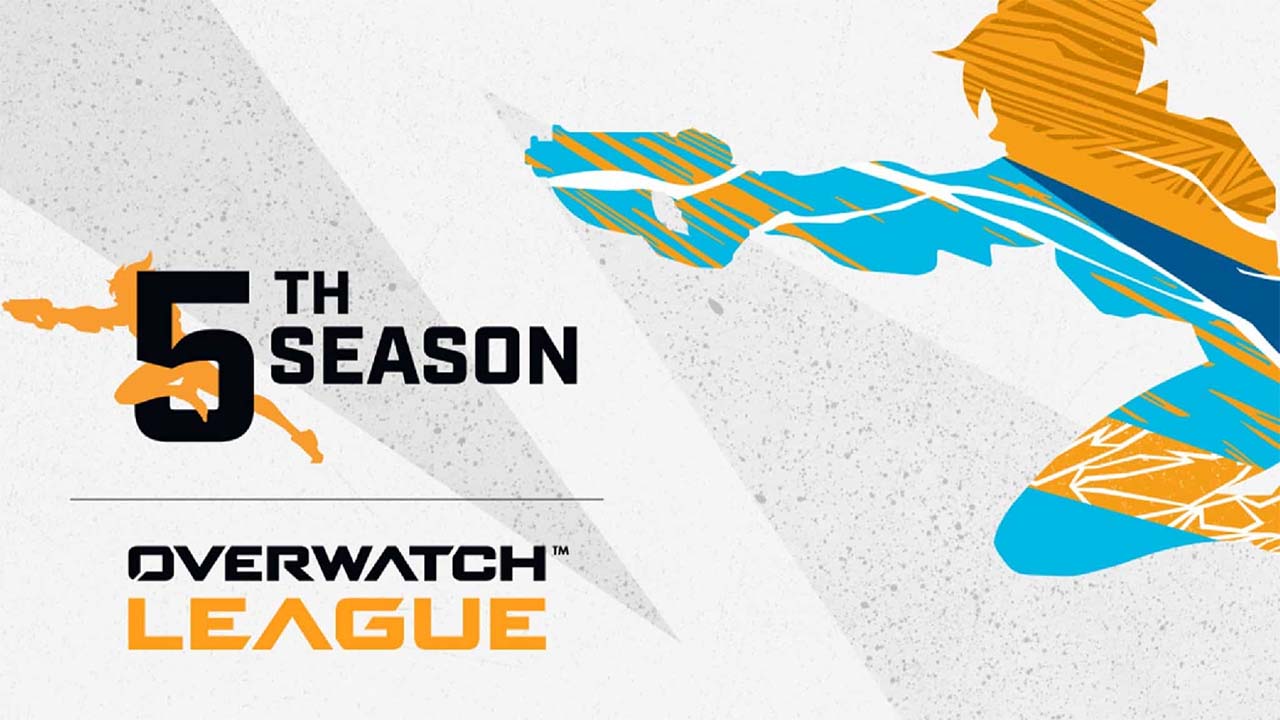 That’s right: this season’s looking to be the most interesting so far due to the many changes that have been implemented. These include the reworking of heroes such as Doomfist and Orisa, the move over to 5v5 instead of 6v6, the new Push game mode, and the many roster changes that occurred during the offseason.Let’s recap what’s been going on with the current 2022 season, starting with the new 5v5 and Push gameplay mode.

The transition from 6v6 to 5v5 drastically changes the pacing of the game. For the casual player, the gameplay feels slower, but the actual match times seem to be faster.

This is because traditionally in 6v6, you would have two tanks, two DPS, and two supports, but in Overwatch 2 you have one less tank player on either team. Because there’s one less tank to soak up damage, Main Tanks such as Reinhardt and Winston are extremely prolific due to having a shield available. This is compared to the likes of Zarya or Roadhog who are still technically viable but are a lot less impactful as they are Offtanks.

During the opening week of the Kickoff Clash, we saw the congested use of Winston and Doomfist in dive oriented team composition in the majority of games. This is because teams aren’t punished as severely for diving blindly since you can’t charge your ultimate off of tanks as fast as before.

If you are a returning original Overwatch player then you may be thinking to yourself “but Doomfist isn’t that tanky”. It’s debatable whether this is considered good or bad news but DPS Doomfist is no more as he is now a tank.

Having his health increased from 250 to 450, along with a bunch of changes to balance his Seismic Slam and general damage output, the most notable change in his kit is the removal of his Uppercut which has been replaced with Power Block which blocks 90% of frontal damage and supercharges his next Rocket Punch after block 100 damage.

This changes Doomfist’s playstyle as although he is still very much a dive hero, the intention is no longer just to engage and deplete the backline, but to engage and become the main target of all the incoming damage, with the ally DPS assuming Doomfist’s former role.

Over the week we also saw the return of Genji’s prominence in the OWL. Having one less tank means that Genji shines brighter than before and is usually paired with either a Reaper or a Soldier: 76 depending on the map, with one of the latter, being the main DPS and Genji dashing in for the execute.

Unfortunately, we’re still yet to see Sojourn get picked up into team composition. However, I don’t think we have to we will have to wait long as the Kickoff Clash returns later this week, so look forward to then.

Starting the week we saw New York Excelsior face off against Los Angeles Gladiators, a match which was highly anticipated as it was also the debut of LA Gladiators’ latest signing, the just turned 18 Partiphan “Partiphan” Chaiwong, a Thai phenom who everyone’s been excited to see play since he was 14.

The LA Gladiators eventually came out on top winning the match 3-1.

I wouldn’t say that the next match was highly anticipated as it was San Francisco Shock going up against Paris Eternals. An extremely one-sided match up in the Shock’s favour according to pundits.

But for many maybe left a bad taste in their mouths as it was announced earlier this year that their fan favourite Main Tank, Matthew “super” DeLisi will no longer be competing and will be stepping into content creation and streaming.

Inevitably, the Shock won the series in a clean 3-0 but the round score wasn’t as pretty as Paris put up a fight, losing both King’s Row and Dorado 2-3.

To finish off the day, we saw Florida Mayhem face Atlanta Reign, again in what was expected to be a very one-sided match as it was the general consensus that Mayhem’s roster just looked weaker in comparison to Atlanta on paper.

Although the Mayhem managed to take the first map, the Reign wasn’t going down without a fight and after winning Eichenwalde 5-4, the Reign went on to win the next two maps pretty comfortably.

Day 2 started with London Spitfire versus the San Francisco Shock, another match that the Shock was expected to win as analysts voiced out their concern for London’s synergy although individually there’s a lot of talent on the roster.

But talent can only get you so far and even if there’s one less player, Overwatch 2 is still a team game as we were shown with San Francisco taking London down in a clean 3-0 fashion.

With the return of their star player, Nam-joo “Striker” Kwon with an MVP and two championships under his belt, Boston Uprising prepared to go head to head with the Vancouver Titans.

The two teams that on many of the pre-season power rankings, were ranked around the same position, so this was expected to be a bloodbath. And a bloodbath it was.

A constant back and forth between the two teams starting with Boston winning Map 1 on Ilios and eventually closing out the win on the final map Oasis, winning the series overall 3-2 in Boston’s favour.

The last game of the day was unlike the rest of that week and was played on LAN at the Tech Port Arena in San Antonio, Texas between the Dallas Fuel and the Houston Outlaws.

For the first time this season, we got to see both the all-Korean rosters of Toronto Defiant and the Washington Justice debut. Little did we know how much of a nail-biter this would turn out to be.

Toronto ended up taking the first map in a comfortable 2-0 but we can’t say the rest of the maps were going to be easy.

Washington went on to win the next two maps 2-1 and finished things out on New Queens Street by playing the new Push game mode and winning 2.05 meters.

Next up was ATL Reign against New York Excelsior with New York looking to bounce back from their defeat to the LA Gladiators.

But their hopes were soon crushed as they suffered defeat at the hands of the Reign 0-3.

The final game of the day was two teams looking to make their record 2-0, the Boston Uprising and the LA Gladiators.

LA Gladiators were highly ranked on many of the analysts’ pre-season power rankings and it did show as they won the series 3-1.

The first game of the day was between two 0-1 teams the London Spitfire and Vancouver Titans.

Two teams with a variety of nationalities and a boatload of talent on either side, it could’ve gone either way.

The London Spitfire prevail in what seems to be a clean 3-0 victory but what the scoreline doesn’t show is that they won every map 2-1, with the Vancouver Titans fighting tooth and nail to try and take a map but to no success.

Mayhem verse Paris followed and was a bit controversial as one of Mayhem’s offensive rounds on map 3 on Circuit Royal had to be re-played after they used an illegal manoeuvre.

But regardless of the re-play, Paris was outclassed and lost the series 1-3.

Another all-Korean roster match up ensued with the Washington Justice facing the Dallas Fuel.

The latter of which came out on top in a convincing 3-0 fashion.

Unlike the rest of the days, there were to be four games played on the final day, and for the final match of the week, we were blessed with a five-game series between the Toronto Defiant and the Houston Outlaws.

With Toronto winning Map 1 and Houston taking the next two, it was seeming to be another typical 3-1 victory in Houston’s favour, but the Defiant defied them as they began to claw their way back after winning the Push on New Queen Street and finishing things out on Ilios winning 2-0.

Leaving the series and the week with an exciting 3-2.

Unfortunately, we’ll have to wait a little bit longer until we can see the Eastern Conference teams play. But beggars can’t be choosers and we must be thankful that the Overwatch League is back in action and boy does it look exciting.

So as of Week 1 of the Kickoff Clash, the standings are listed below.