Steelrising Is Spiders’ Attempt At A Dark Souls Clone, But Does It Stand Out?

When you think action RPG in a dark fantasy-esque setting taking after existing time periods of yore, one would think Victorian era since we have Bloodborne. Maybe even the French Revolution where neo-classicism drips in every single corner, though ravaged and worn-and-torn.

Leave it to the ambitious RPG makers at Spiders, the French developers known for Technomancer and Greedfall. They are ambitious titles that have their fans and share of technical bugs and Eurojank, but still interesting and eye-catching all the same. Their latest game this year, Steelrising, is the company’s first attempt at blending said time in history -18th century Paris- but heavily revised, adds in robots and steampunk, and see what it’s like to dish out a Soulslike action RPG experience for people interested and masochistic enough.

For the most part, Steelrising’s action RPG offerings are solid enough. But the one key feature that Spiders added to the tried-and-true hardcore formula is bound to raise some eyebrows and even get more fans on board: an on-the-fly adjustable easy mode. 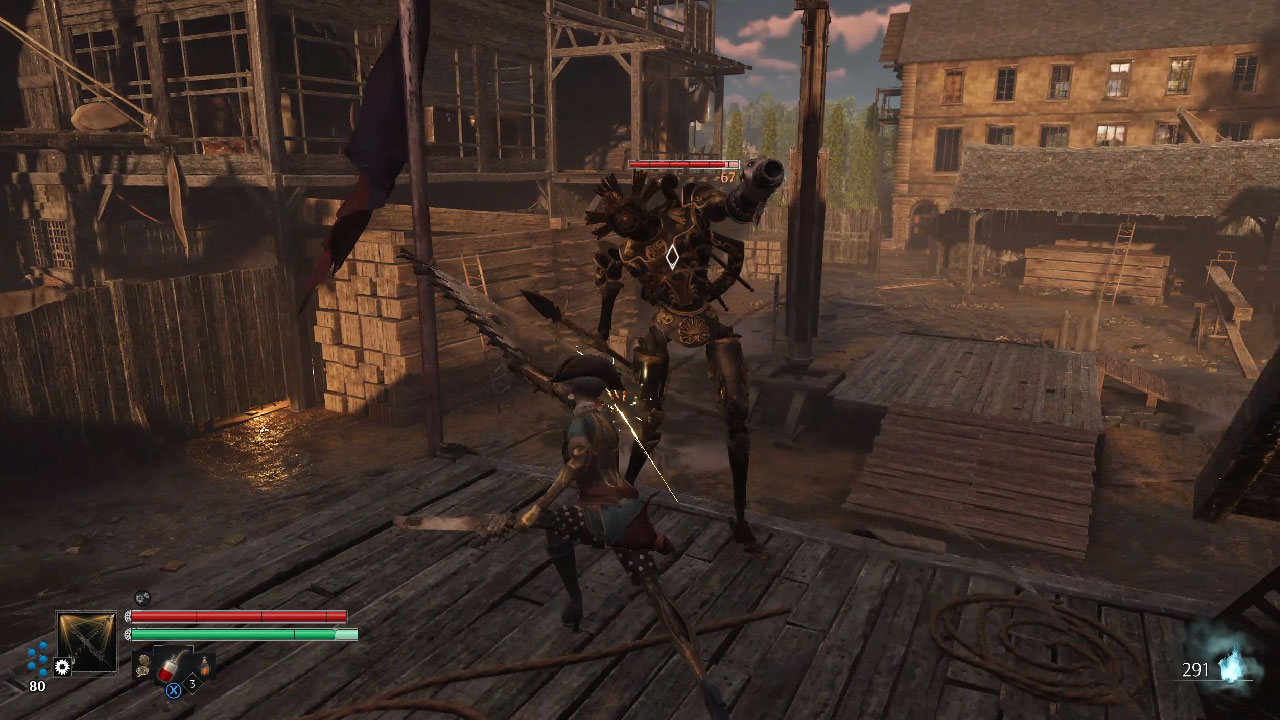 Your main character, a guard robot named Aegis who has a clouded manufacturing past, is tasked to find your creator, as tasked by historic figure Marie Antoinette, and find out why his other robot creations are going berserk and involved in a robot uprising against the French empire. As such, you’ll be exploring a number of rich aristocrat manors that are abandoned, a city under fire, a number of gardens and mazes, and factory areas, all populated by evil and berserk robots. As far as music and sights go, the game is beautiful. Based on the graphic settings and the fact that everything feels a tad unoptimized since the game’s eating up a lot of memory to run, I’m not shocked as to how some of Steelrising’s vistas and key revolutionary scenes are easy on the eyes.

My 8+ hours with Steelrising in its default setting are as you would expect from a Soulslike game: tough, fair, lots of enemies with slight invincibility advantages and no-stun behaviour when getting hit, and some camping in the background to ambush you at times. And also a few epic boss fights that grant you special traversal abilities when defeated; said abilities will let you open up shortcuts and pathways to previously inaccessible areas. Speaking of abilities, Aegis herself can equip different weapons like swords, giant bludgeoning tools, and even guns with “limited” ammo, modules that affect her stats be it health buffs or a higher chance to stun or freeze foes, and all sorts of armour type that’s both fashionable and functional.

Once you turn on Assist Mode, however, you can basically control the parameters to make the once-challenging Soulslike a breeze for yourself whenever you feel like it. Having fun with the main game but the giant mecha boss’ fight pattern and “berserk” mode wearing you down for hours, acting as your perennial roadblock? Just reduce the damage from enemies and stamina usage on your end, and just deal with it your own way. Of course, most of the game’s achievements will be disabled when you turn this mode on, but that’s fair given that Steelrising is built with its default difficulty and tough combat in mind. Despite future naysaying and Twitter arguments stemming from this feature, Assist Mode does not dilute the game’s overall challenge at all since it’s completely optional and tailored for just your experience alone. Not all of us are tryhards who need to play a Soulslike game a particular way.

Having said that, you can still cheese the game when push comes to shove. The Overheat mechanic can lead to some exploitable gimmicks (use up your Stamina more than usual, and you can time your cooldown prompts faster), and your “ammo” for ranged and special weapons can be hoarded and bought on the cheap, meaning you can save them for tougher encounters where melee isn’t a safe option. 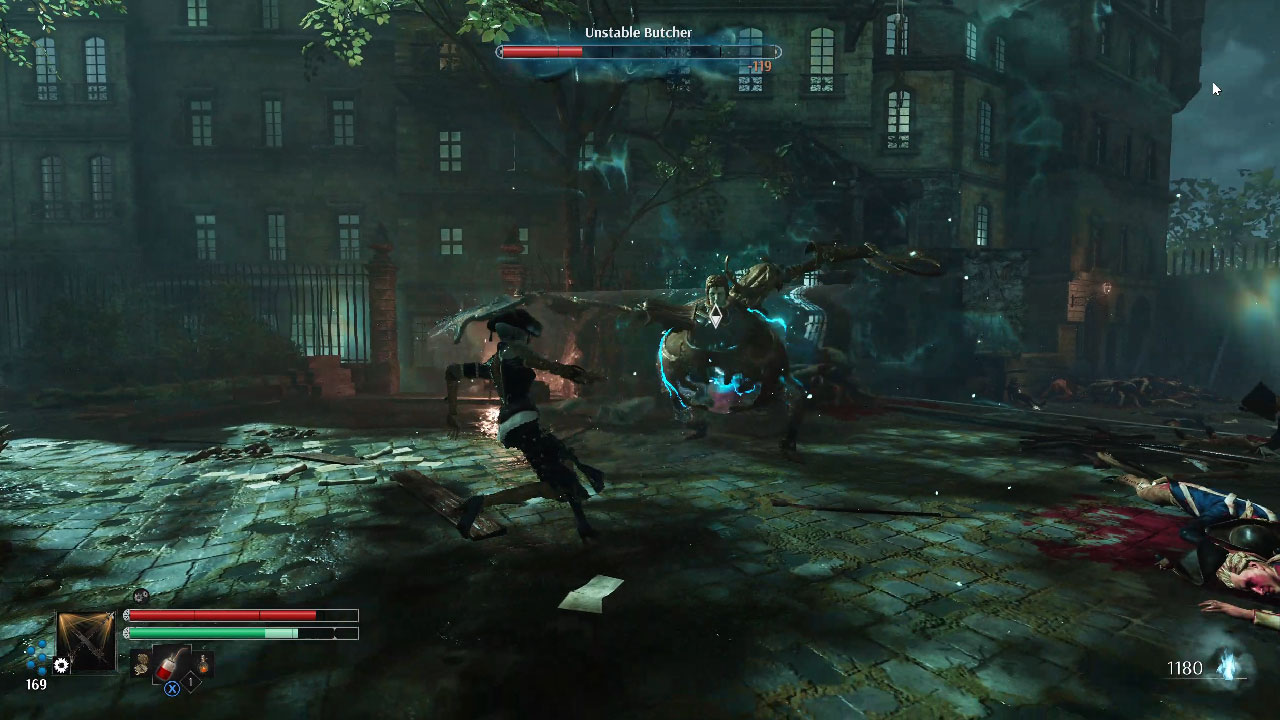 As far as combat flow and challenges go, Steelrising is decent and is a good first attempt from Spiders in mixing it up in the genre they’re synonymous with. Despite the game’s settings and hardware arguably being a bit demanding and possibly unoptimized (which hopefully gets rectified in a future update), you can confidently add Spiders’ efforts to your list of Soulslike RPGs that you can play after you’re done with Elden Ring; this title can go alongside other Soulslike entry Thymesia as complementary games with one another. At the very least, you have the option to take a break with Steelrising if you choose to turn on assistance; that is at least a feature I wish most game developers can crib from for their Soulslike games in the future.

World Of Warships developer Wargaming has apologized for using an in-game bonus code to say "f*** you" to a former member of its Community Contributor...

Mass Effect Legendary Edition was finally confirmed in February 2021 for a 14 May 2021 release date. Now, EA and BioWare have unveiled the full detail...

Talk about making quite an impression. Metronomik just released a new trailer showcasing the ins and outs of its upcoming rhythm game-like action titl...