2018’s God of War was a lovely surprise for many PlayStation owners and fans, and even action fans by and large. It starts off a new story for action star Kratos, has a new perspective and gameplay style and flow that feels familiar yet unique, and features a ton of action, puzzles, exploration, and battle setpieces that elevates it above its action game peers. And for a game loaded with a dash of ultraviolence, it has a lot of heart with its tale about a man and his kid fulfilling the wishes of their late wife and mother.

The sequel, God of War Ragnarok, is essentially more of that and bookends the two-parter story of Kratos and his son Atreus. There’s nothing wrong with more of the same, as long as there are some meaningful additions and changes to make you want to buy a brand-new console for this. And if I’m being honest, there’s a lot to love from Studio Santa Monica’s latest and finest action RPG experience that’s going to keep you busy for a while. 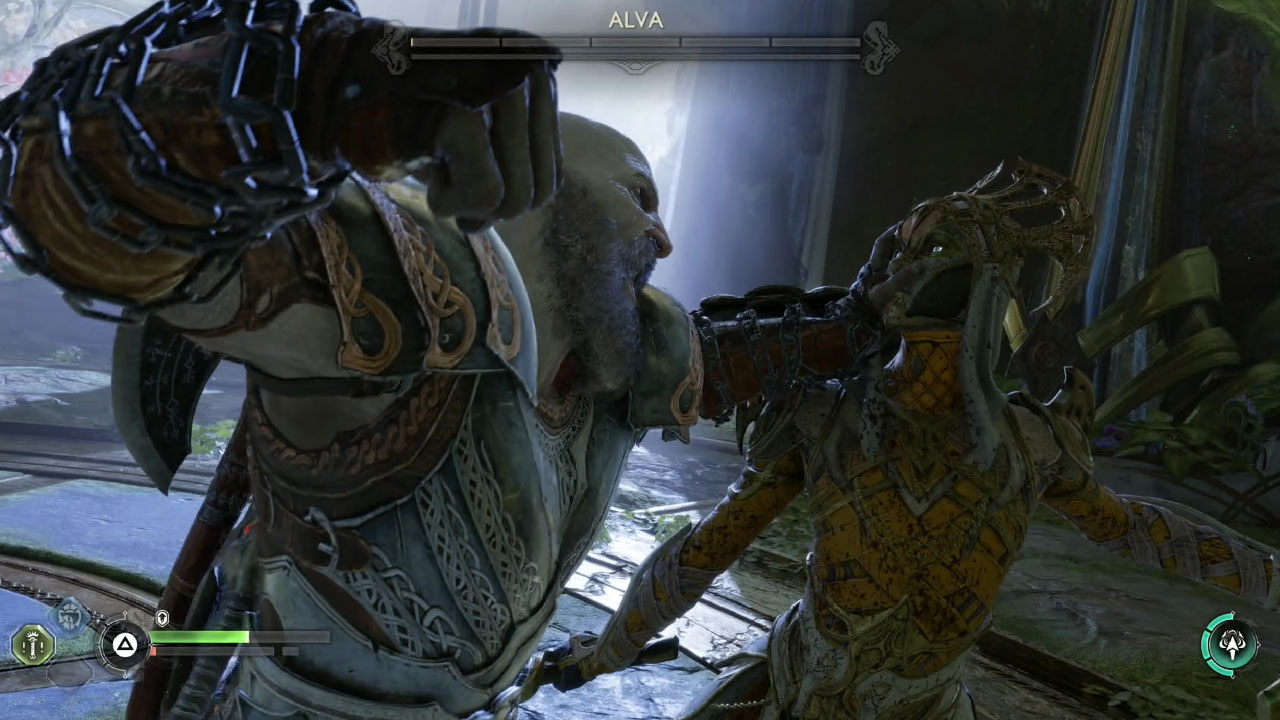 God of War: Ragnarok’s plot takes place a few years after 2018’s reboot. The fabled long winter known as Fimbulwinter is screwing up Midgar, and the father-son duo of Kratos and Atreus has to figure out their plan of action after scattering their mom’s ashes atop Jotunheim in the last game, since they saw a bunch of murals detailing their destinies and fates. Also, they have to figure out how to deal with the titular Ragnarok war involving Odin and their intertwining fates.

The entire story of who they meet, team up, rescue, and fight off is all spoiler-laden and really worth experiencing for yourself. There are a lot of themes touched on here: trust, fatherhood woes regarding their children branching off on their own and supporting their decisions, forgiveness, seeing a conflict from the other side of the literal tall man-made fence, and wondering whether it’s worth it to defy your predetermined fate. Given the pedigree of the studio and the first-party nature of the title, the production values are top-notch with sweeping visuals, great music, and stellar voice acting from Christopher Judge (Kratos), Ryan Hurst (Thor), and Sunny Suljic (Atreus/Loki).

And whoever thought it was a great idea to cast The West Wing/The Good Doctor’s Richard Schiff as Odin deserves a huge raise; you will remember that delivery and voicework once the game is done and over with.

Amidst all that, there’s a lot of heart, emotion, depth, nuance, and finality from the tale that’s told here, amidst the ripping off of werewolf jaws and the splitting of rogue Norse warriors & Einherjars in two with your bare dad hands. While also using those same hands to row your boat across giant bodies of rivers (or similar modes of transportation like a wolf sleigh) to explore the realm you’re in, be it the humid jungles of Vanaheim to the mystique corridors of Alfheim.

There’s a lot to love in the combat department as well. Santa Monica’s adage here is “if it ain’t broken, don’t fix that part too much and just add more scenarios & playable characters to accentuate it”. Kratos fights with his Leviathan Axe that he throws, chops, and recalls with sheer will. He also has his trademark Blades of Chaos from the get-go with its flame attacks, wide area-of-attack radius, and sweeping hits which I usually gravitate towards. Both weapons now have “charge” states that let you do a power-up animation, then let you follow up with an alternative powerful attack be it a sweeping frost axe slash or a wide flame Blades strike.

Later on in the game, you get another weapon that complements Kratos’ existing playstyle really well. This new tool has quick and long-reaching thrusts, can be thrown an infinite amount of times, and can be stuck onto enemies to be detonated like C-4 charges. These trinity of weapons are just so much fun to play and feel meaty enough to switch effortlessly from. Expect to see massive combo videos of this game’s combat post-launch. 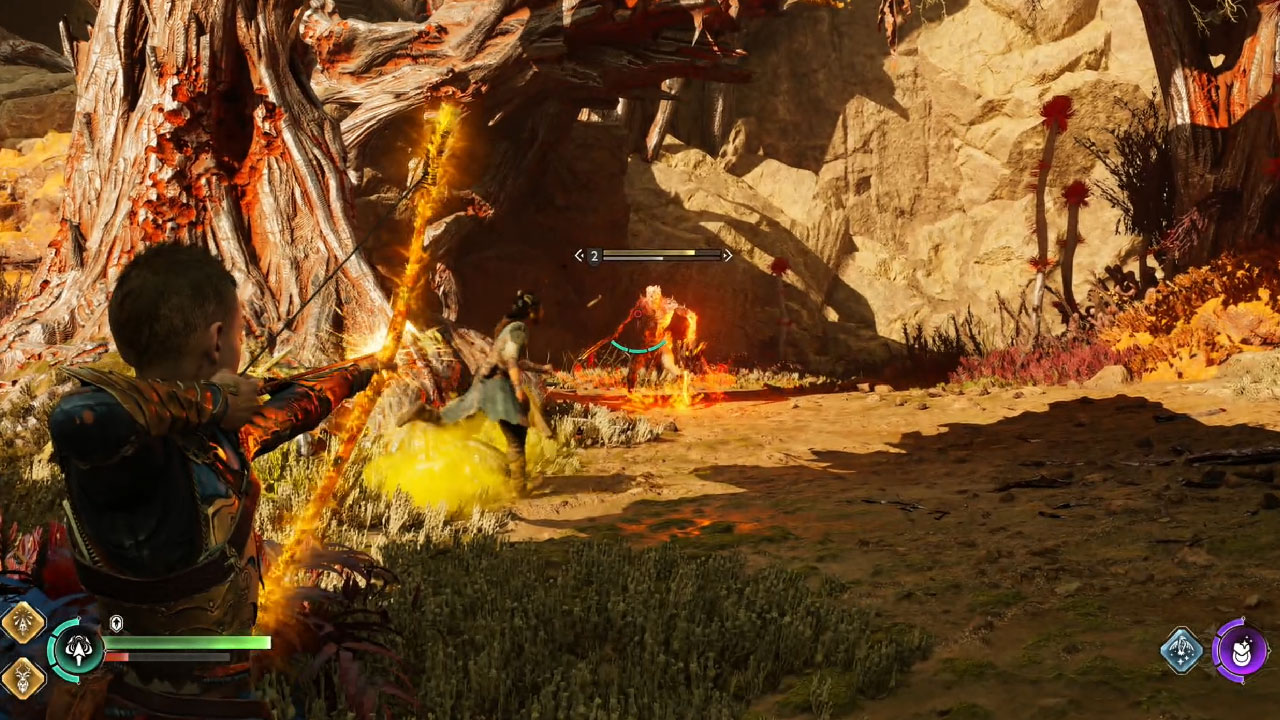 The big kicker in this sequel is that now you get to play as Atreus in major parts of the story. And both father and son have different fighting partners throughout the course of the 25-hour story journey. Without spoiling much, Kratos isn’t just teaming up with Atreus, and Atreus himself has unlikely allies assisting him when you press the Square button. Your new dance partners can either fire their own volley of magic arrows, or even cast their own trademark “painter” magic. Or giant bombs; you haven’t lived until you see a bald muscled man command a dwarf to chuck a Norse equivalent of a pipe bomb in the face of zombies and magic warriors.

Atreus’ moveset relies on speed and unlimited bow fire, only requiring energy for his Sigil and Sonic shots that help debuff enemies and amplify the damage you deal respectively. You’ll also need both Sigil and Sonic shots for the game’s plethora of logic puzzles throughout the Nine Realms. Long story short, Atreus/Loki is fun to play just because he’s faster and caters towards fans who want a bit of third-person shooting in their melee-based fighting, trading power for guile.

It isn’t all violent fighting though; exploring in God of War Ragnarok will take you a bit of time as you go from point A to B forwarding the plot along, solving puzzles along the way and using your weaponry to help you out. Some of these environment puzzles seem tricky, but they’re not too taxing and are a brief respite before the next round of combat against the realm’s most dangerous.

Each of these locations and optional puzzle spots will also house much-needed treasure and additions to Kratos’ and Atreus’ arsenal, be it extra life, extra Rage for your Spartan get-off-me burst moves, extra Hacksilver for buying stuff from the dwarven brothers Brok and Sindri, and rare crafting materials for armour sets to buff you up against the game’s optional challenges like Berserker bosses and Muspelheim trials. 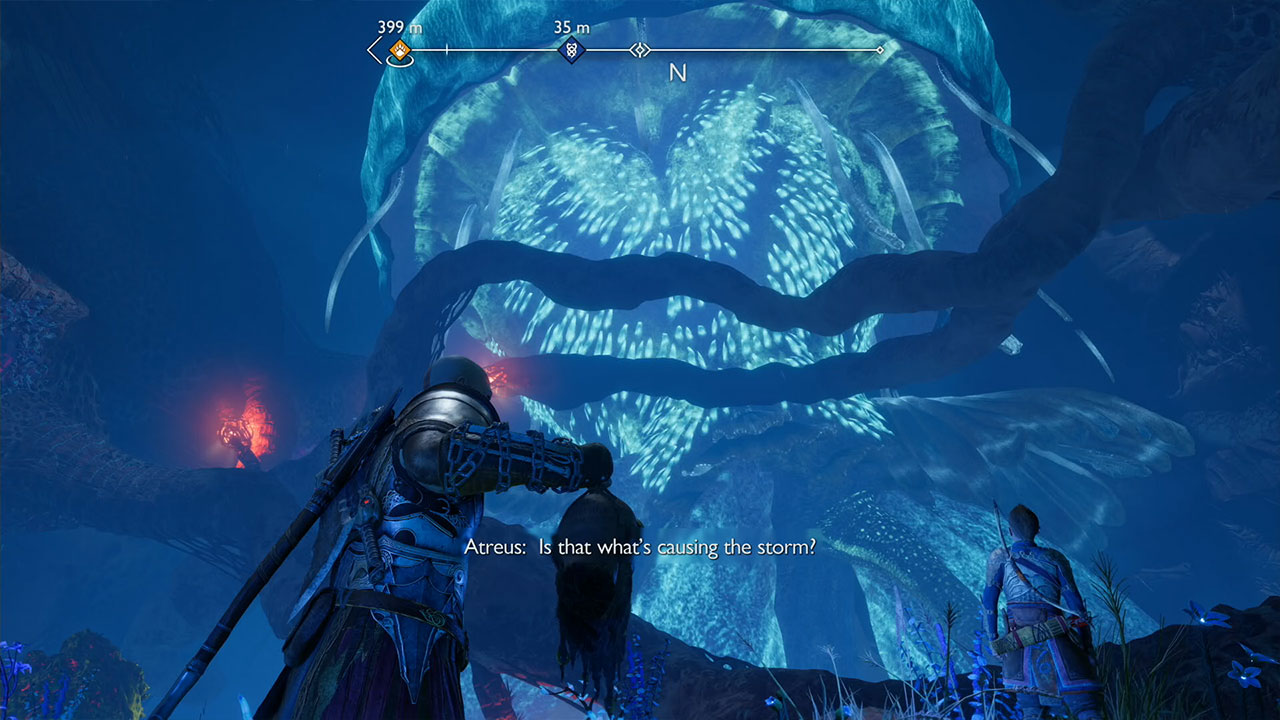 God of War Ragnarok does a great job going back and forth between Kratos and Atreus via the game’s one-shot pan style of interweaving gameplay and cutscenes just like the first game. Only here, you have the PlayStation 5 to render all of this seamlessly and in glorious 60fps motion. Yeah, you can turn on Fidelity mode, but the game’s overall art direction and gorgeous production values -visuals and music- are peerless that I’d rather have omitted a few details of snow pixels and hair strands from Kratos’ beard than have all this majesty run in less than 60fps.

In fact, I’d be hard-pressed to find anything wrong with God of War Ragnarok overall that doesn’t sound incredibly nitpicky, but I’ll try. Once you finish the 25+ hour game and see the credits roll, you cannot skip cutscenes and fast-forward bits you’ve seen in a brand-new playthrough. There’s no fast-travel option to places you’ve visited (as far as I know).

Unless you have the right armour sets, Kratos by default seems a bit slower than usual. When fighting, you have to accommodate his active frames when launching attacks. I usually gravitate towards the Blades of Chaos because they’re faster and have a better range than his other weapons.  Either that or just spam Leviathan Axe range “headshots” and back the heck away until your hitpoint sponge target is dead.

That’s a preference rather than a detriment; you fight how you wish to fight in this. Speaking of sponges, some boss fights do repeat themselves with slight variations to their attacks, echoing the one slight issue from 2018’s immaculate God of War. 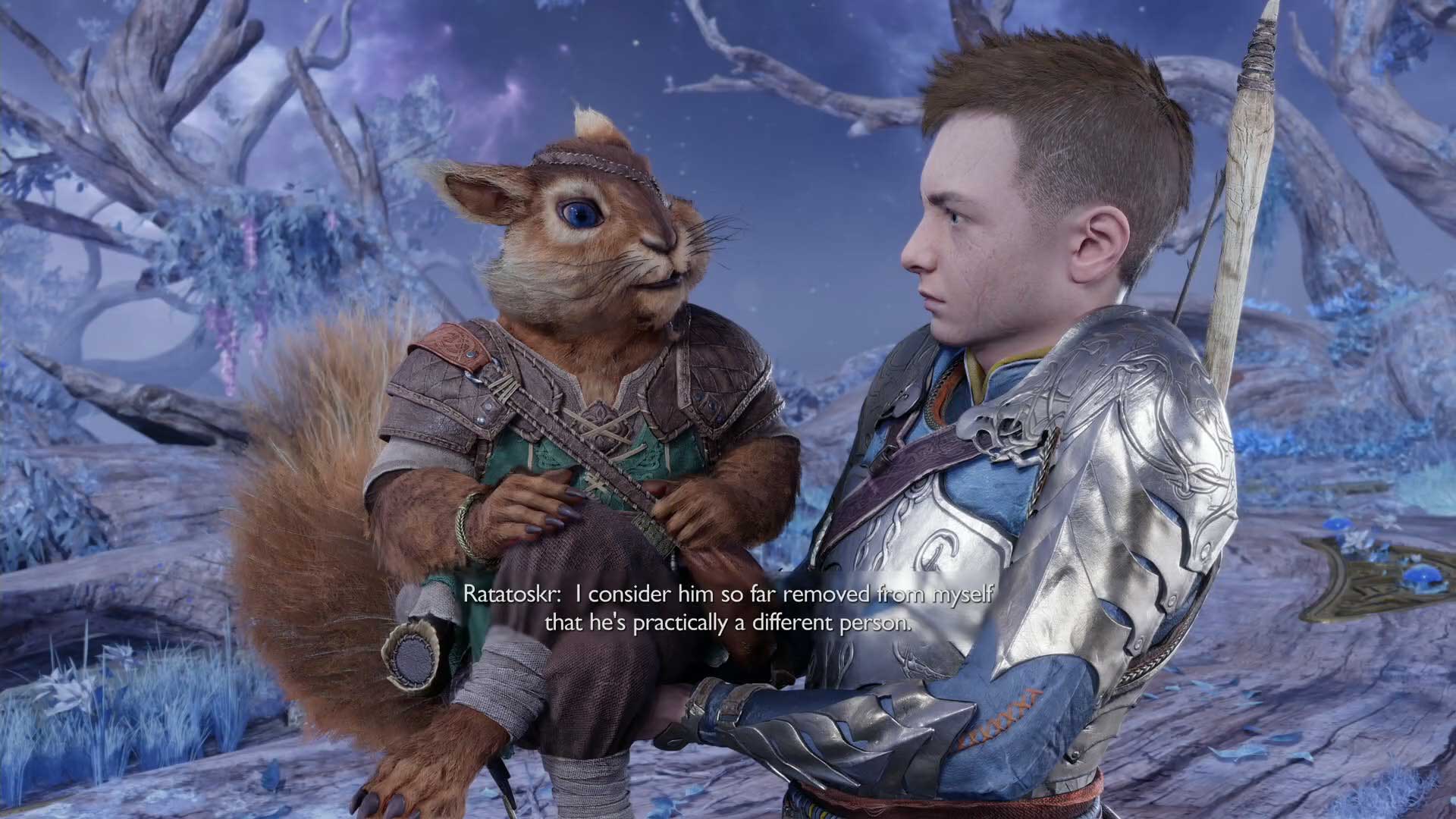 As the Illiad is to the Odyssey, so too is God of War Ragnarok to its 2018 prequel. They are two pieces of an epic that are made whole; perfect when played one after the other. God of War Ragnarok is not only a fitting end to a saga that had no right to be this enthralling and engaging, but it does more than enough to justify players to buy this off the shelf. And perhaps even get a new PlayStation console to see it in its 60fps high-res majesty.

While some segments could be shorter -particularly padded exploration bits in the main quest- the overall experience is one not to be missed. Besides, what else will you be playing on your PlayStation 5; a bunch of unnecessary remakes now and in the future? 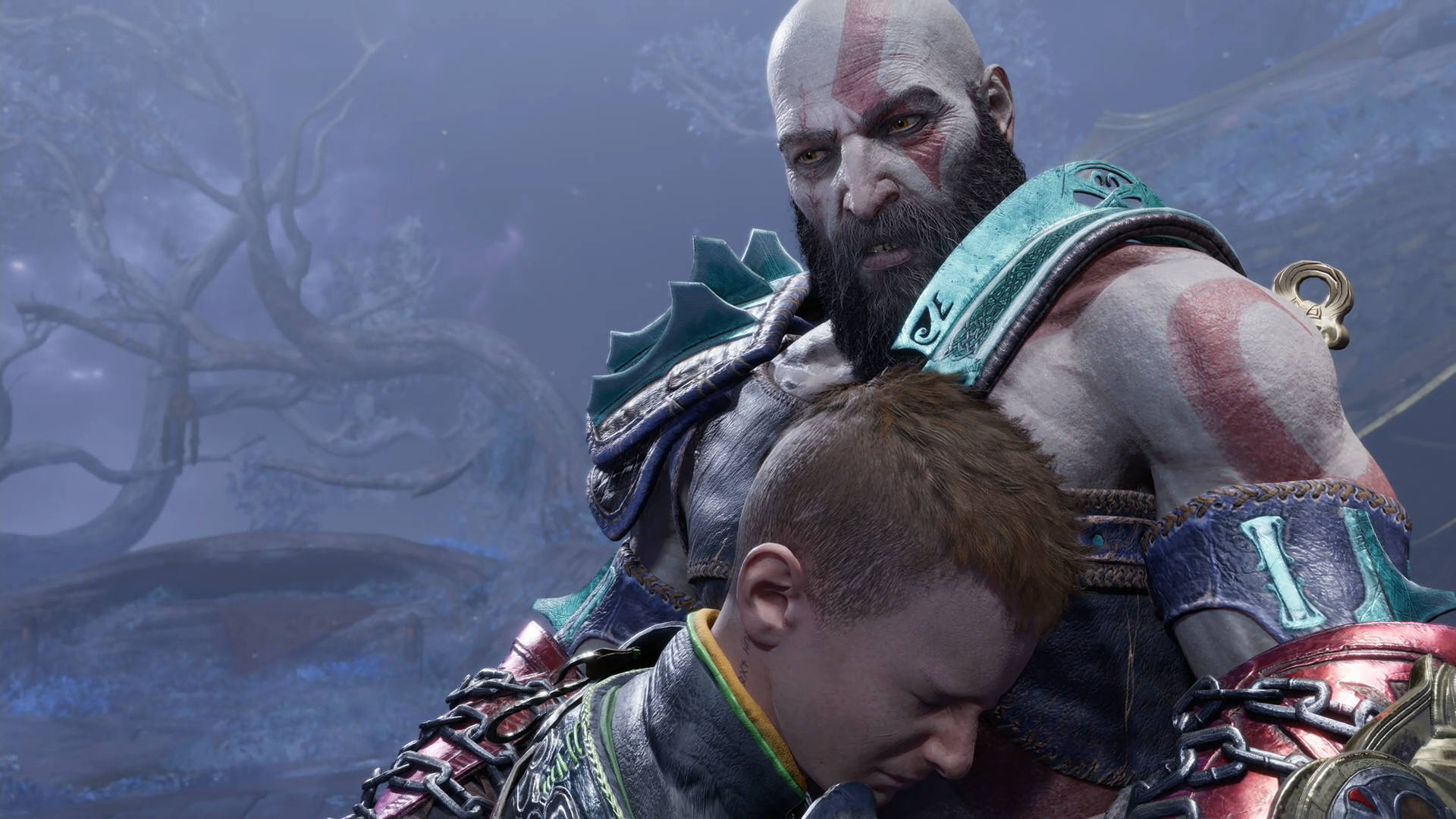 Reviews
Fallout 76 Is A Literal Wasteland & A Game for Masochists

Platform: PS4, Xbox One, PC Genre: Open-World, Action RPG, Online Multiplayer Fallout 76 is definitely one of the worst games I have ever played. The ...

Activision and Sledgehammer Games have announced that the Call Of Duty Vanguard Alpha will run from 1 am GMT+8 on Saturday, 28 August 2021 to 1 am GMT...