Sometimes, you wonder how rich folks enjoy a dining experience like Diner en Blanc or going to a top-notch sushi place with a half-a-year waiting list. Or wonder how certain food critics can get away with churning out too many synonyms for “delicious” and “tasty” without having their faces so far up their asses. Sometimes you even think how people could really fork out a US$1,000 per head for a regular dinner that isn’t going to fill you up properly; a style over substance thing.

The Menu, a new film from director Mark Mylod, is the perfect meal for those looking for a bit of sting in their black comedy and horror hybrid viewing, especially about the things I brought up earlier. The film is about a young couple who travels to a remote island to eat at an exclusive restaurant with a unique menu. Of course, what they end up experiencing are a bunch of surprises they and the other patrons will never forget. 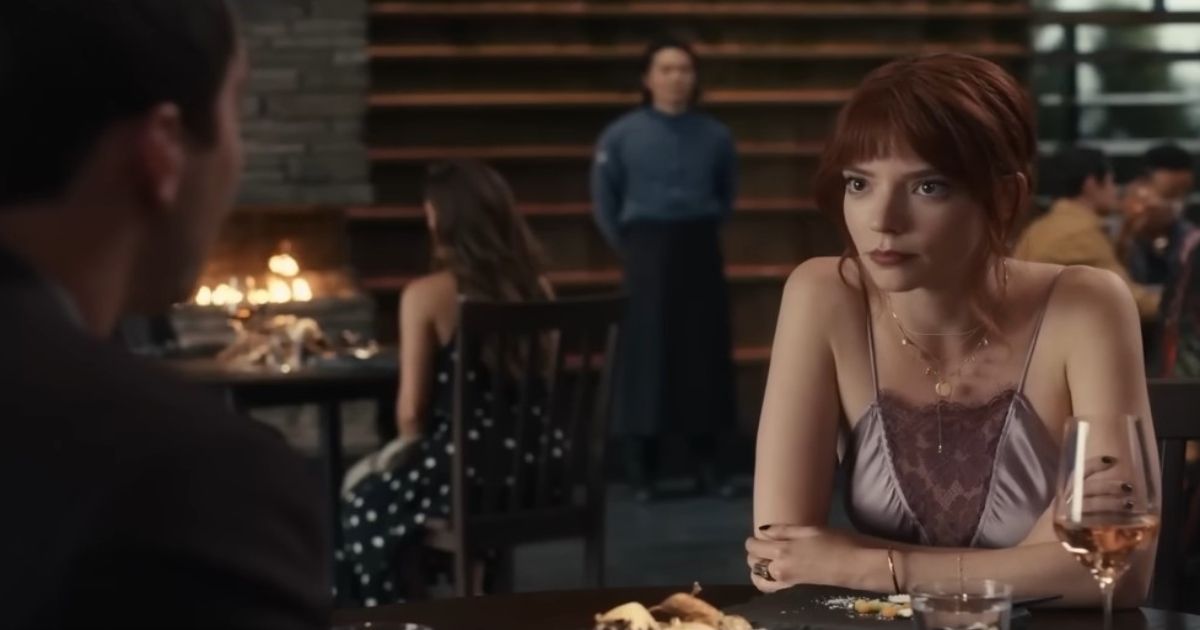 Apart from said couple -Anya Taylor-Joy as Margot and Nicholas Hoult as Tyler the foodie fanboy- we have Janet McTeer as food critic Lillian, John Leguizamo as a movie star and Aimee Carrero as his date Felicity, a trio of venture capitalist bros led by Rob Yang’s Bryce, and a loyal dining couple played by Judith Light and Reed Birney. The eccentric Chef Slowik is played by none other than Ralph Fiennes, and he basically steals the show with his mannerisms, his food presentations, and the whole dining experience and theatrics that goes from pretentious to panic-inducing. And you won’t feel bad at the misdeeds being inflicted on most of the patrons, as they represent the worst of high society.

Going up against Slowik is Margot, perhaps the only level-headed person in the restaurant, calling the place the “basecamp of mount bullshit”, though her presence does irritate the chef, leading to the two of them at verbal blows all the way to the end of the film’s messed-up finale. Having said that, the rest of the cast is just there as dressing and side orders to justify the machinations laid onto them in the multiple-course meal, from John Leguizamo’s to the dudebro trio.

Sure, you can see some of the show’s plotting a mile away, but how it’s delivered and presented matters. Mark Mylod does a great job at unravelling, even if some of the late-show revelations happen without much explanation or build-up. The Menu is not quite a Michelin, but it’s pretty close all things considered.

Reviews
Amazon's Invincible Will Shock You And That's Good

Recently, I wrote all about who or what Invincible is, and why everyone should watch the animated series or read the source material. In my in-depth b...

After numerous accusations that 2015's The Force Awakens was a rehash of A New Hope, director Rian Johnson has it cut out for him to not only avoid su...