It’s been 34 years since the release of the original fantasy movie, Willow, in 1988. After more than three decades, it’s finally getting a follow-up and sequel in the form of a new series with the same name on Disney+. Was it worth the effort to revive this relatively obscure Lucasfilm IP, especially when compared to the likes of their more popular IP such as Star Wars and Indiana Jones? Read on to find out.

I’m probably one of many people who have never heard of Willow prior to the announcement of Disney+’s new Willow series at D23 2021. It wasn’t until recently that I watched the original 1988 movie for the purpose of preparing for the Disney+ Willow series. It’s a fun fantasy movie, albeit one that was a product of its time, similar to movies like The Princess Bride and The NeverEnding Story. However, it’s arguably best known for featuring special effects that still look decent today, which is a result of Industrial Light & Magic’s then-breakthrough digital technology. 1988’s Willow is currently available on Disney+ Hotstar, but the question is; should you watch the movie before checking out the new Willow series? In my opinion, it’s better that you watch the Willow movie beforehand, but the first episode of the Willow series does feature a brief recap of what happens in the movie and the narrative of the 1988 movie was never that complex to begin with, so you should be fine with the recap if you really prefer not to watch an old movie (though you’re definitely missing out).

We were provided with the first three episodes of the Disney+ Willow series (out of the first season’s planned eight episodes), and so far, it’s a solid epic fantasy series. Overall, the tone of the series feels closer to darker fantasy fare now compared to the lighter 1988’s Willow. It definitely feels like they’re going for a more ‘The Lord Of The Rings’ vibe in the Willow series, or perhaps even a more ‘Harry Potter’-like tone. I can see why they did this; in order to appeal to more younger viewers who, just like myself, have never seen or even heard of the 1988 movie. While some actors from the 1988 movie do return to reprise their roles, including Warwick Davis’ Willow and Joanne Whalley’s Sorsha, the focus this time around is more on the new cast of young characters. 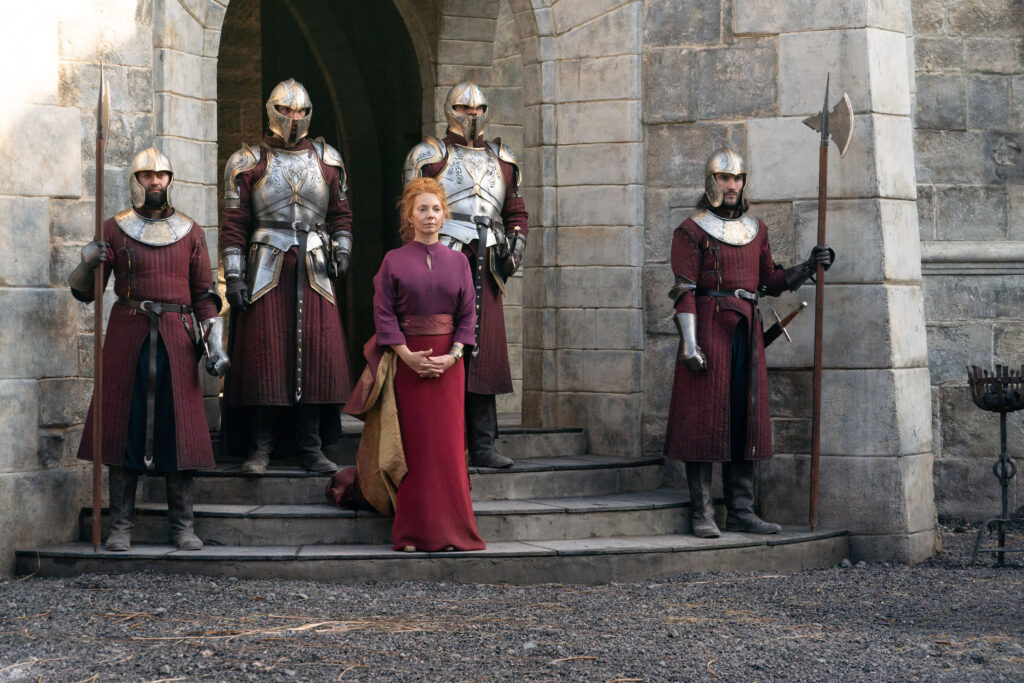 There are a lot of details I can’t reveal since even the first three episodes contain several twists and turns, but the main premise of the series is similar to how The Lord Of The Rings begins. A fellowship of different people go on a quest, but instead of going with the aim of destroying a ring, they’re out to save somebody from the evil forces. I’m not being simplistic by comparing the Willow series with The Lord Of The Rings.

In a meta moment, one of the characters even makes a reference to that by actually referring to their group as a “fellowship”. It’s really not that subtle, but it works.

The Willow series even features similar wide cinematic landscape shots made popular by The Lord Of The Rings movies. Yeah, I was surprised by the high production values and cinematography of the Willow series. The series was shot in Wales, and as a result, it makes the environmental shots look mesmerizing. The high production value doesn’t just stop there, as the monsters and evil forces in the Willow series look much better than in the original Willow movie. They look rightfully fiendish and some of the designs look unique; not just your run-of-the-mill orc or troll. It does look like they used classic practical effects whenever they could, so that’s impressive as well. 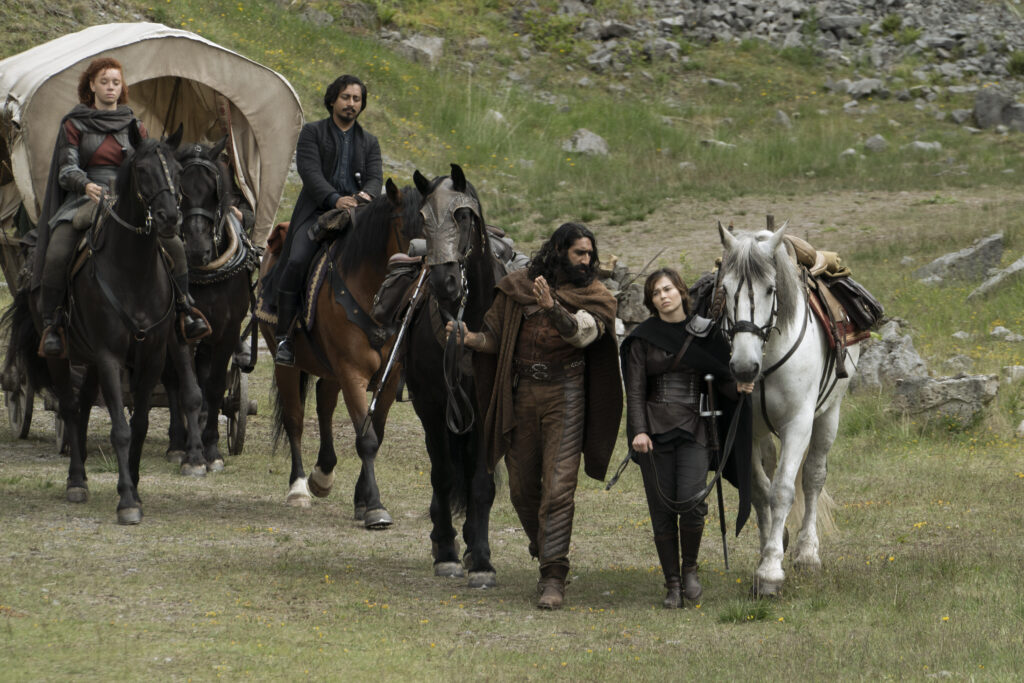 The Willow series also features more diversity, with Tony Revolori (best known as Flash Thompson from the MCU Spider-Man movies) as a character named Graydon who mainly acts as comic relief and as a relatable character, as well as LGBTQ representation from several of the characters. For fans of the 1988 movie, it’s a bit sad that Val Kilmer didn’t return to reprise his role of Madmartigan, but at least we have Amar Chadha-Patel’s Thraxus Boorman filling in the role of the Han Solo-like rogue thief/swordsman character with swagger.

There’s a reason why I can’t talk much about some of the lead characters played by Ruby Cruz, Dempsey Bryk, and Ellie Bamber since their roles are integral to the narrative. However, I can say that they’re interesting leads so far and I do want to see more of them.

Meanwhile, Warwick Davis’ Willow isn’t really the true main character this time around, but there’s still a lot of him; the series is still named after him after all. He’s more of a Master Yoda-like character this time around, acting as a wise mentor to the younger characters, especially after years of his experience being a sorcerer. Also, it’s impossible to avoid the Star Wars comparisons, considering that the Willow universe was originally conceived by Star Wars creator George Lucas as well, so there are bound to be many similarities, including in the way that the magic in the Willow universe is described, which is similar to how the Force is described by Master Yoda.

Willow: The Great And Powerful

If Amazon’s The Lord Of The Rings The Rings Of Power and HBO’s House Of The Dragon series are both geared towards adults, Disney+’s Willow is the perfect series for a different untapped demographic; namely younger audiences, especially teenagers and perhaps even children. However, that’s not to say that the Willow series is only for kids; because it’s definitely not. It’s for any fantasy fan to enjoy, including adults, due to its darker The Lord Of The Rings-like tone. As a fantasy fan myself, the Willow series is worth the watch so far, and I’m looking forward to seeing more of the story unfold in future episodes.

Ubisoft introduces Lost Between Worlds, a new expansion for Far Cry 6 where players find themselves lost in a distorted space between worlds set in a ...

News,Reviews
Cookie Clicker Deserves All The Mouse Button Presses It Gets

Cookie Clicker is on Steam, Yes, the 2013 browser game is now an official PC paid game where all you do is click on a cookie for results. I wholehe...

The fourth episode of Ms. Marvel is now streaming on Disney+ Hotstar Malaysia. l’ll be discussing heavy spoilers so if you haven’t seen it or wan...