5 Game Engines For Your Next Indie Game Project

To make a game nowadays, there are a variety of options out there, ranging from the well-known and often taught Unreal Engine or the Unity engine. But did you know there’s a whole world beyond that of other engines you can try out?

We list down five options for you to check out while on your way to making the next great indie megahit. 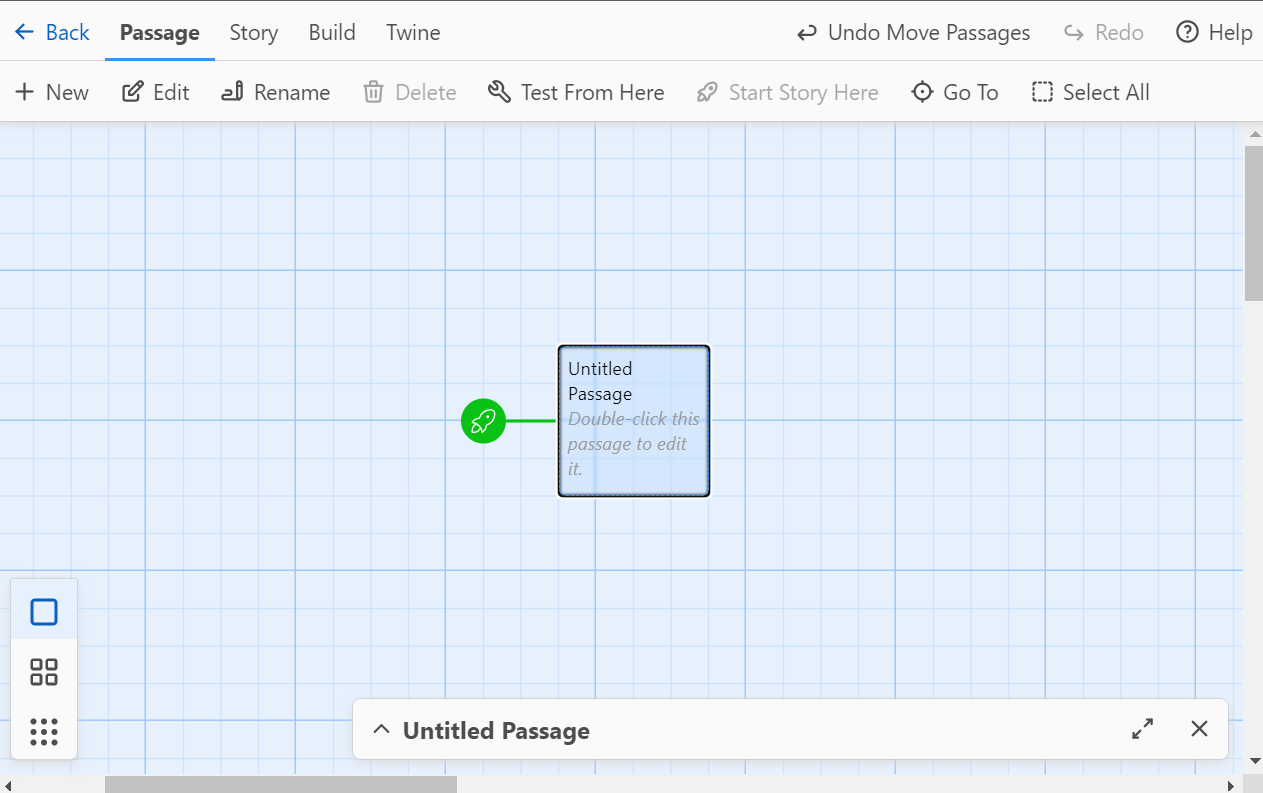 Twine is an open-source tool for creating interactive fiction – choose your own adventure games or similar. You can make a totally linear adventure where the player just has to click to get to the next part, or you can make something with branching paths. Twine is customizable and has a large user base, and the games made are small enough to even be hosted online on your own website.

There’s even a ton of plugins you can implement, like a health system, maps, and more. It uses HTML and CSS to script, which is relatively easy to pick up for newcomers. Alongside that, you’ll get really used to writing things in [different] {types} of brackets and |more| (check the documentation, you’ll see what I mean).

Another hidden feature about the Twine engine is you can use it as a prototype or map for a larger project – it can be a pretty useful way to see how a game story’s flow can possibly go, and you can view everything from a bird’s eye perspective to see how deep the rabbit hole could go on one specific thing.

Then it’s a matter of polishing and publishing after that because it really is that easy. The engine can run in-browser or be downloaded to your Mac, PC, or Linux computer. 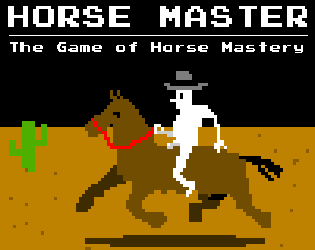 Some notable games made in Twine include The Uncle Who Works at Nintendo, My Father’s Long, Long Legs, and Horse Master: The Game of Horse Mastery. Twine also played a part in the development of Black Mirror’s Bandersnatch interactive game, which feels nuts.

When you talk about dedicated Visual Novel engines, there are a few out there in the world – but Ren’py is still the most well-known and flexible to most. An open-source engine that allows for exporting to Windows, Mac and Linux, and more – Ren’py allows users to create visual novels of varying types, and at varying skill levels.

The community is still robust and there are lots of free assets and documentation to comb through. In addition, Ren’py was one of the first engines to implement Live2D functionality (meaning, you can implement your rigged Live2D sprites and images into your Ren’py games). So go forth, Vtuber fans! 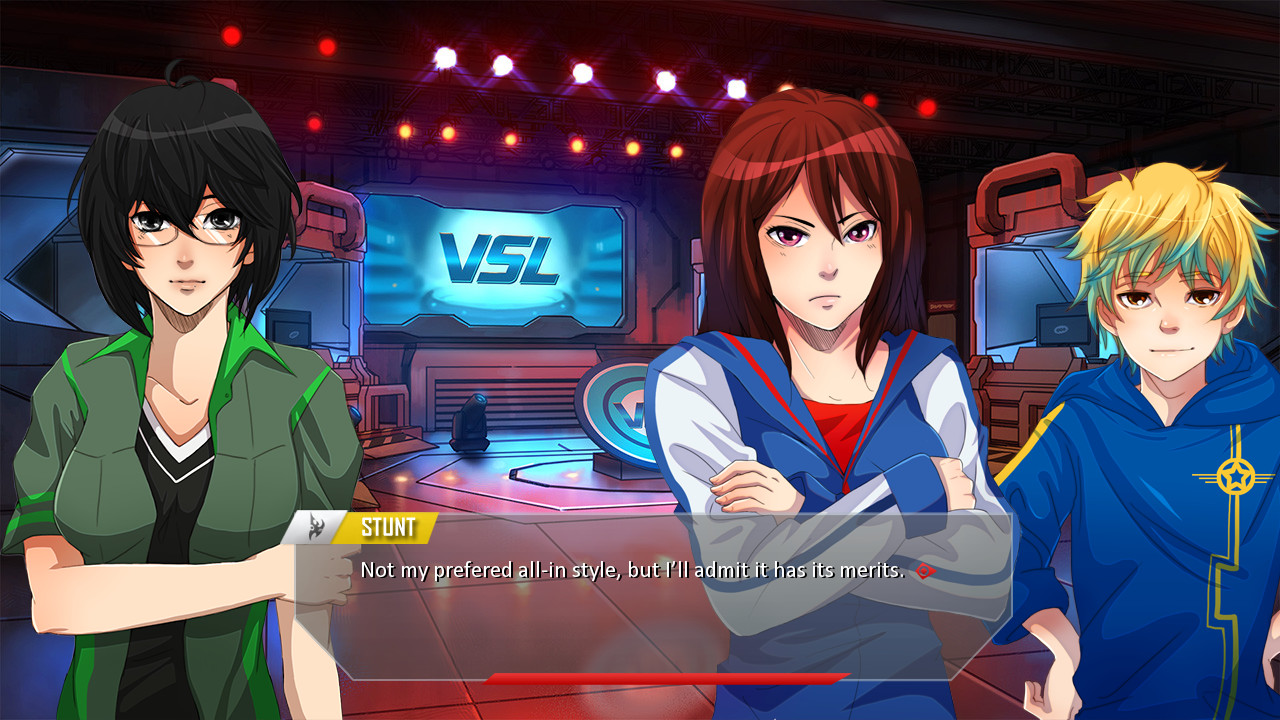 It’s highly recommended to try out the engine and eventually participate in NaNoReNo, a month-long Ren’py game jam, to get a good feel of what you can make with it. Some notable (and free!) examples of Ren’py-made games are Juniper’s Knot, Re:Alistair++, The Knife of the Traitor, Digital: A Love Story, and SC2VN (StarCraft 2 Visual Novel: the eSports Visual Novel). 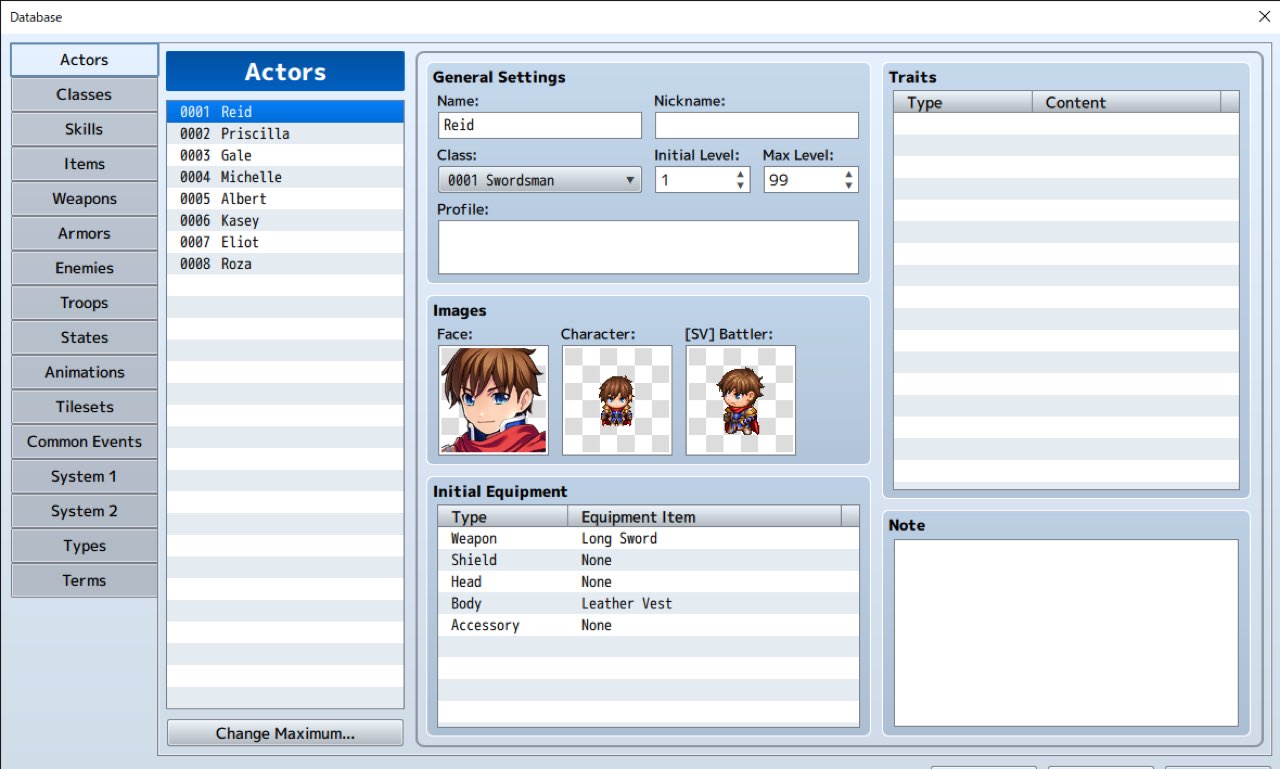 Picking an RPGMaker engine is very similar to picking a favourite Persona game – everyone has different opinions on which one is the best, but more often than not, the best one will be the one you started with. The RPGMaker series of game engines have all had the same intentions, loosely – it’s a way to create your own 2D RPG games using or creating sprites and other game assets. RPGs created in the engines are the same in the sense they’re turn-based, but that hasn’t stopped some people from trying to do more with it.

The most recent RPGMaker engine to release is RPGMaker MZ, which boasts improved functionalities over previous versions like easier UI for touch-enabled devices (if you export your game to mobile, let’s say), an in-game event system/scripter, ease of organizational structure. That being said, some developers will still vouch for previous RPGMaker versions like RPGMaker XP and RPGMaker 2003 instead, citing their ease of use versus the newer ones.

However, it comes down to what you plan to make and finding the engine that best suits that need. Don’t be afraid to explore all of the engines and really think about it, especially since this is something you’ll have to purchase! 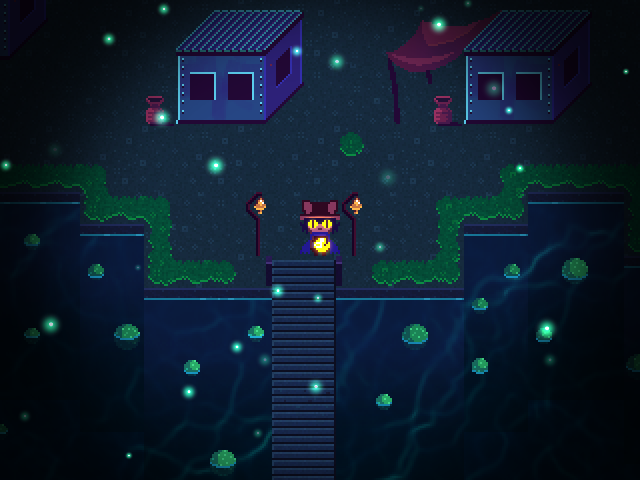 Notable RPGMaker games include (but are not limited to), a lot of horror games. These include Yume Nikki, Your Turn to Die -Death Game By Majority-, Ib, Omori, Off, and OneShot. To contrast, a really good non-horror example is To the Moon. 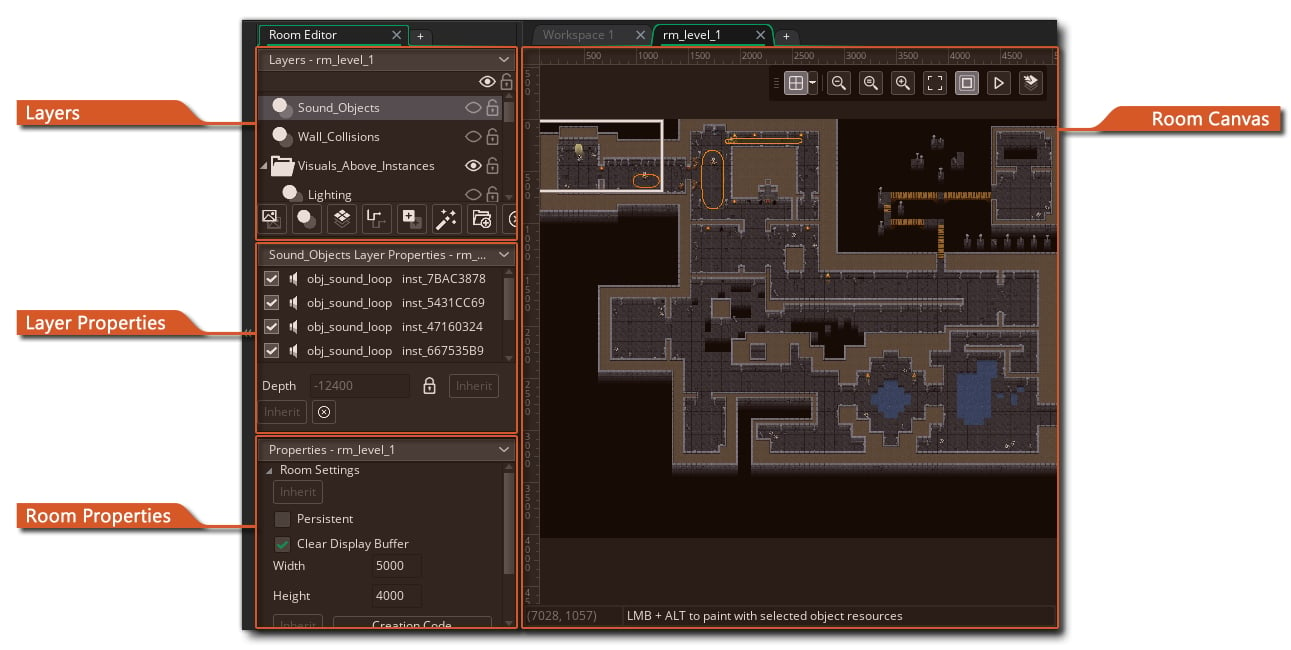 GameMaker was the game development gold standard in Malaysia for the longest time, specifically within the context of teaching game development to children in hopes of improving their STEM skills. Chances are, if you go to a place that teaches game development for kids, they’ll either be teaching Scratch or GameMaker.

It’s an incredibly flexible games engine that has a reputation for being more like a toy than an actual engine, because a lot of people have an opinion that you can’t make anything good and substantial with it. But that certainly isn’t true, because a good example of the engine is UNDERTALE and Deltarune. 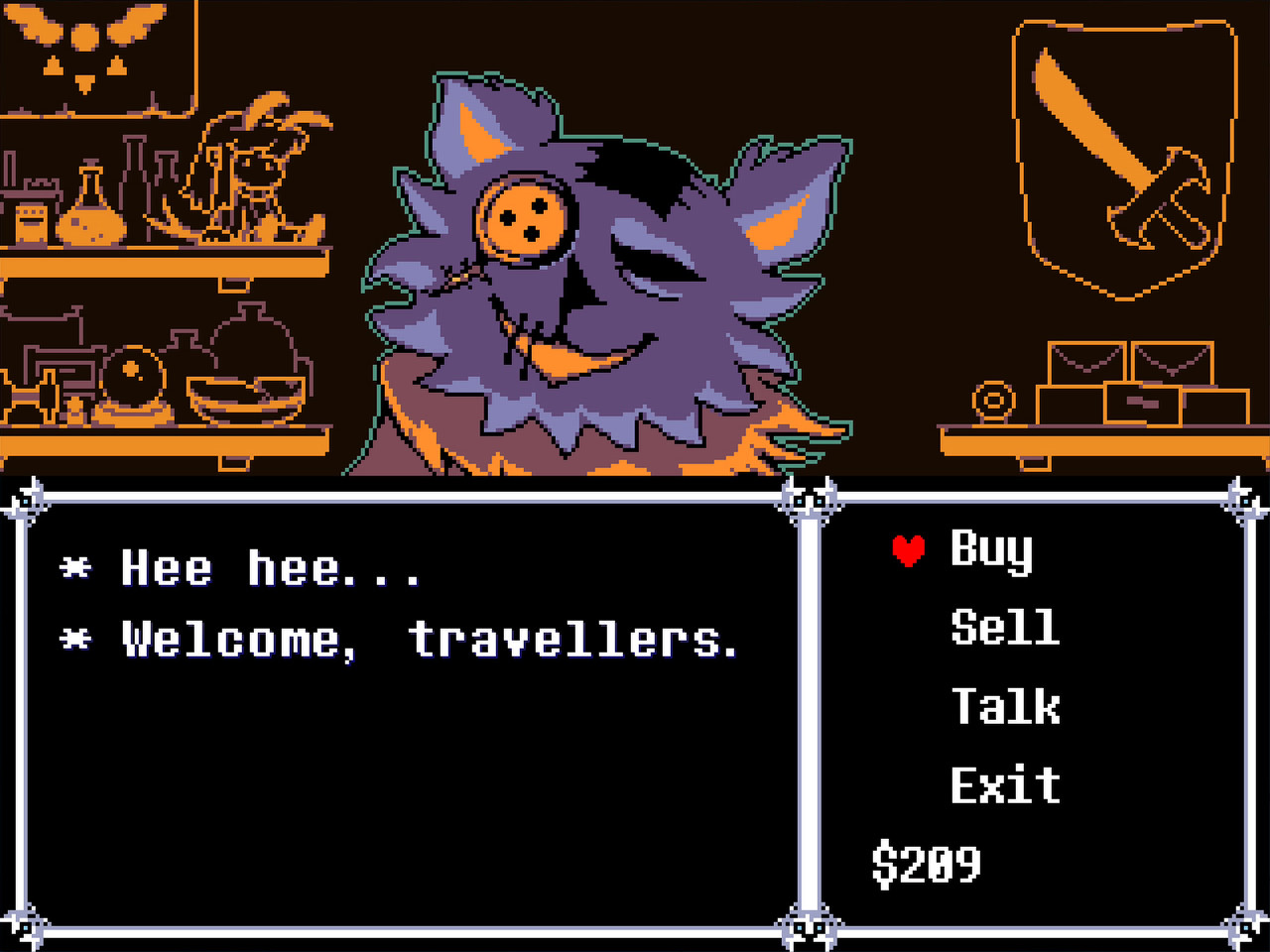 There’s a lot of custom work on top of it, but the bones are from GameMaker and that can’t be denied. You can make good stuff with the engine; a good artist doesn’t blame their tools, and all that. 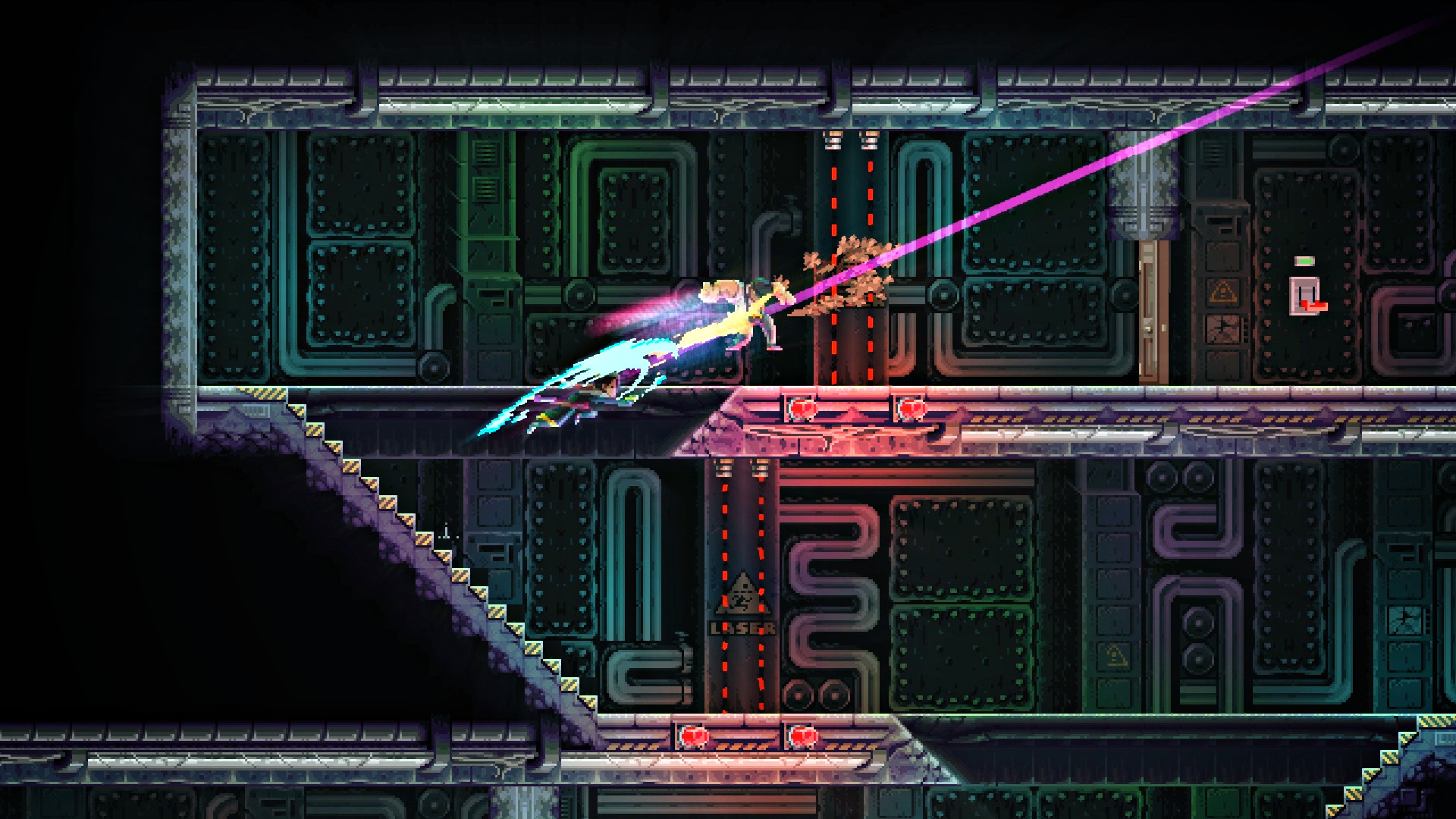 Other good examples of games made with GameMaker include (but are not limited to) Katana Zero, Shovel Knight, Hyper Light Drifter, and Hotline Miami. 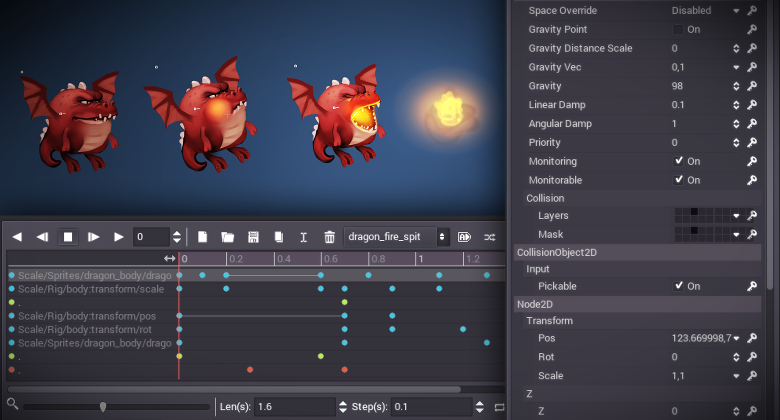 The GODOT engine is free, open-source, and can pretty much do anything. But the learning curve is relatively steep, and not necessarily for newcomers. On one hand, if it does become your first engine, you’ll be able to do a lot of great things. On the other, if you’re used to another engine, then it might be difficult to make the jump. A lot of the feedback I’ve heard about the GODOT engine is like when people talk about Linux – it’s really good and can do basically everything, but nobody seems to directly know anyone who’s using it. That being said, it’s time to change that, yes?

Some notable examples made with the GODOT engine include roguelite Beat Invaders, simulation City Game Studio, the cyberpunk Resolutiion, and RPG in a Box, which is not a game but an entire toolkit to make RPGs within the engine!

2022 might be the year where we get not one cat game, but two! First with the sci-fi game Stray, and now with this new indie title called Little Kitty...

Cris Tales is a new indie game revealed at E3 PC Gaming Show 2019 that is essentially a "love letter to JRPGs". True, many games like CrossCode have s...

10 years. A ton of games. You know where we're going with this. To celebrate our long-standing hobby and because it's been a decade, let's celebrate a...