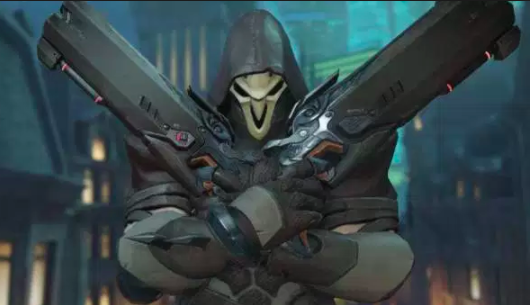 A leaked Xbox Live image (first pointed out on Overwatch Malaysia) may have revealed the new Reaper skin set to drop during the Overwatch Retribution seasonal event.Â  Get ready for Gabriel Reyes as Soldier 24 – depicting how he looked like during his time under the Super Soldier program – the same program that led to the creation of Soldier 76.

While our first assumption was that we would see a much younger Reyes wielding his twin shotguns as Reaper always do, the image may also provided an extra clue about the character. First, let’s consider the facts – Reyes/ Reaper is hardly seen without his signature dual-wield shotguns look and if you look at all the promotional pictures to date, all the characters sporting brand new skins were seen performing all their known animations. Even Moira’s on her ‘Steepling’ victory pose.

As seen in the pic above, Reyes is seen shouldering what appears to be a pulse rifle – otherwise, it would be a yuuuuge shotgun. And he’s pictured in a pose synonymous with Soldier 76.Â  Perhaps we will get a Soldier 24 with similar kit as Soldier 76 even? Say a Reaper take on a Morrison’s kit; we’d love to see the sprint replaced with Reaper’s phase shift capabilities.

We can only hope. What do you think?