Before we start, we have to emphasize of the YUUUUUUUUUGE Spoiler Alert coming up ahead. If you have not seen the movie and intend to do so soon, we strongly advise you to skip this article, and only return once you have done viewing it.

Our intention here is to address the lingering questions at the end of the movie, while also providing an avenue for civil discussion for those who have seen it. Spoiling movies for folks who are yet to watch it is just ain’t cool.

YOU HAVE BEEN WARNED.

At the end of Avengers: Infinity War, following the big fight against Thanos and his goons in Wakanda, the audience, to our horror witness half of our favorite heroes literally disintegrate into thin air. This came moments after Thanos teleported to safety from being impaled by Thor’s Stormbreaker axe. What happened to them? And why is Thanos last seen sitting in a hut which felt like he was chilling out in Bali?

Basically what Gamora foretold happened – that once the mad Titan gets hold of all the Infinity Stones, he would sought to decimate half of the population. He literally did so by snapping his fingers and BAM! Half of the population including members of the Avengers are dead. Spider-man, Groot, Star-lord, T’Challa…. all bit the dust. But what does this leave us with?

As you already know, Infinity War only tells half of the story. The conclusion of this arc will be resolved in the fourth Avengers movie, which is yet to be named. All these twists and deaths? It was all part of Doctor Strange’s grand plan to defeat Thanos. You should be able to recall that while on Titan, Strange told Stark that they had a 1 in 14,00,605 shot at defeating Thanos and just before he himself turn into dust, convinced Tony that ‘it was the only way’. (If my memory serves me correctly, that was the line -Â  Please correct me here thanks!)

So What Next? Here’s What We Think Will Happen:Â

To beat Thanos, they have to let him win firstÂ (Thanks for that line, Iain a.k.a @McNastyPrime ) – no matter how big the cost was. Tony, as pragmatic as ever agreed to it. In Infinity War, our heroes were not in the right state, condition nor position to defeat Thanos and they need more firepower to ensure his total defeat.

The remarkable thing was that all the original heroes from the first Avengers movie remain alive. Stark, Cap, Bruce, Natasha and Thor all were spared of this Thanos purge. Many are questioning – why were they spared? My guess is that it was simply the director’s choice. Also, in a way, it’s a good throwback to the main ones who started it all. The sextet who started the Avengers will be the one who keep the fight going when everyone else bites the dust. We are pretty confident that Clint Barton a.k.a Hawkeye is also safe and he will return in the next movie to avenge the losses his family suffered. Ronin. Mark our words. Other MCU heroes not featured including Ant-Man and The Wasp should also appear in Avengers 4.

In the post-credits scene, we saw both Maria Hill and Nick Fury suffering the same fate of being ‘deleted’ but they were able to call for Captain Marvel just in time. This scene is a direct allusion to the upcoming Captain Marvel movie where we learn about her origin. Set in the 90s, the movie will introduce viewers to quite possibly the most powerful being in the Marvel universe whose powers only rivaled by Thor and Thanos. 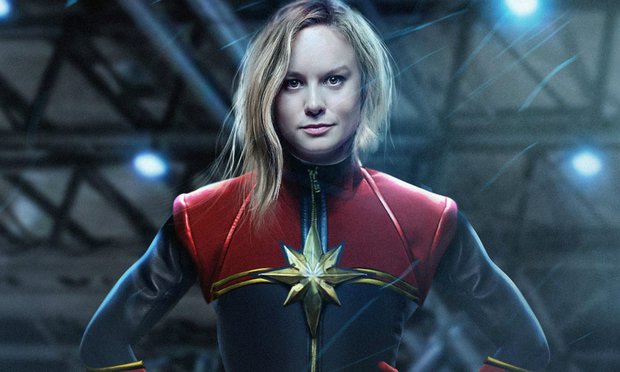 Expect Carol Danvers to hit the ground running when she joins the team in the fourth Avengers movie. We would love to see the Nova Corps be part of the plot as well – Nova Prime (Hi Glenn Close!) will return to the screen and our bet is that they will be the ones recovering Tony from Titan. Adam Warlock, who was teased at the end of Guardians 2 will also play an integral part in taking down Thanos.

There was also the talk on Nova being the next big hero in the Marvel Cinematic Universe as Kevin Feige pointed out in an interview with ComicBook.comÂ

â€œIf we have a big board with a bunch of characters that have more immediate potential, Nova is on that board. Because of the connection to theÂ Guardians universe, because there are more than one examples to pull from in the comics that are interesting. And youâ€™re absolutely right, he was in the earliest drafts of the [Guardians of the Galaxy].â€ he said.

We may or may not seen him in the Guardians movies but if there’s a company that knows how to transform a C-tier character into a household name, then Marvel is it.

As for Thanos – he is now living in seclusion, just as he told Strange earlier on Titan. His work is ‘done’ and will do anything to ensure it stays that way. He sacrificed so much including the only person he loved in the universe, Gamora to achieve it and will not yield without a fight.

Our remaining heroes will be fighting to reclaim the Infinity Gauntlet and the stones to undo the deaths of their friends – which is entirely possible with the Reality and Time Stones. But who is going to be using them, now that Strange is dead?

Yes. Our favorite sidekick, Wong who was last seen back at the Sanctum Sanctorum. Epic. Scene. Up. Ahead. Just hope he managed to get that tuna sandwich he was craving for earlier. 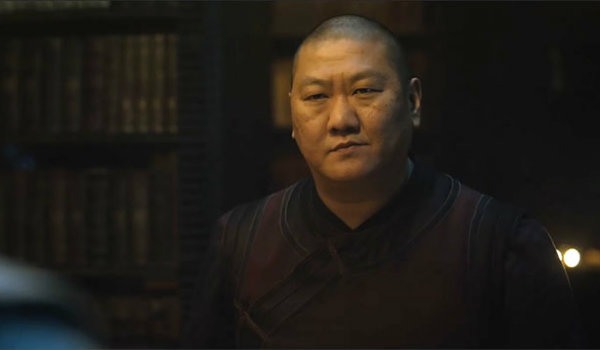 The Wong man for the right job (oh dearrie me)

But these are all just our guesses. Yours are as good as ours so do share them in the comments section below aye. Theories, guesses – whatever. We are in full spoiler territory here and everything goes.

Also, be sure to check our review of Infinity Wars here.

During the recent San Diego Comic-Con 2022, Marvel Studios announced a lot of new information, including the release date for the Fantastic Four movie...

News
Black Widow Is Coming To Disney Plus, Shang-Chi Delayed

Disney has announced that Black Widow has been delayed to 9 July 2021. It will be released simultaneously on both Disney Plus Premier Access for the a...

The fourth episode of Ms. Marvel is now streaming on Disney+ Hotstar Malaysia. l’ll be discussing heavy spoilers so if you haven’t seen it or wan...