Who Else Should Be In Soulcalibur 6? We Suggest These Guest Characters

Recently, Bandai Namco announced Nier’s combat android 2B’ arrival in Soulcalibur 6. She looks A-OK to play as; I sure as heck can’t wait to get my hands on this android.

This got us thinking: who else should guest star in Soulcalibur 6? From video games to even movies, here are our picks. The only rule here is that these characters should have weapons of their own. 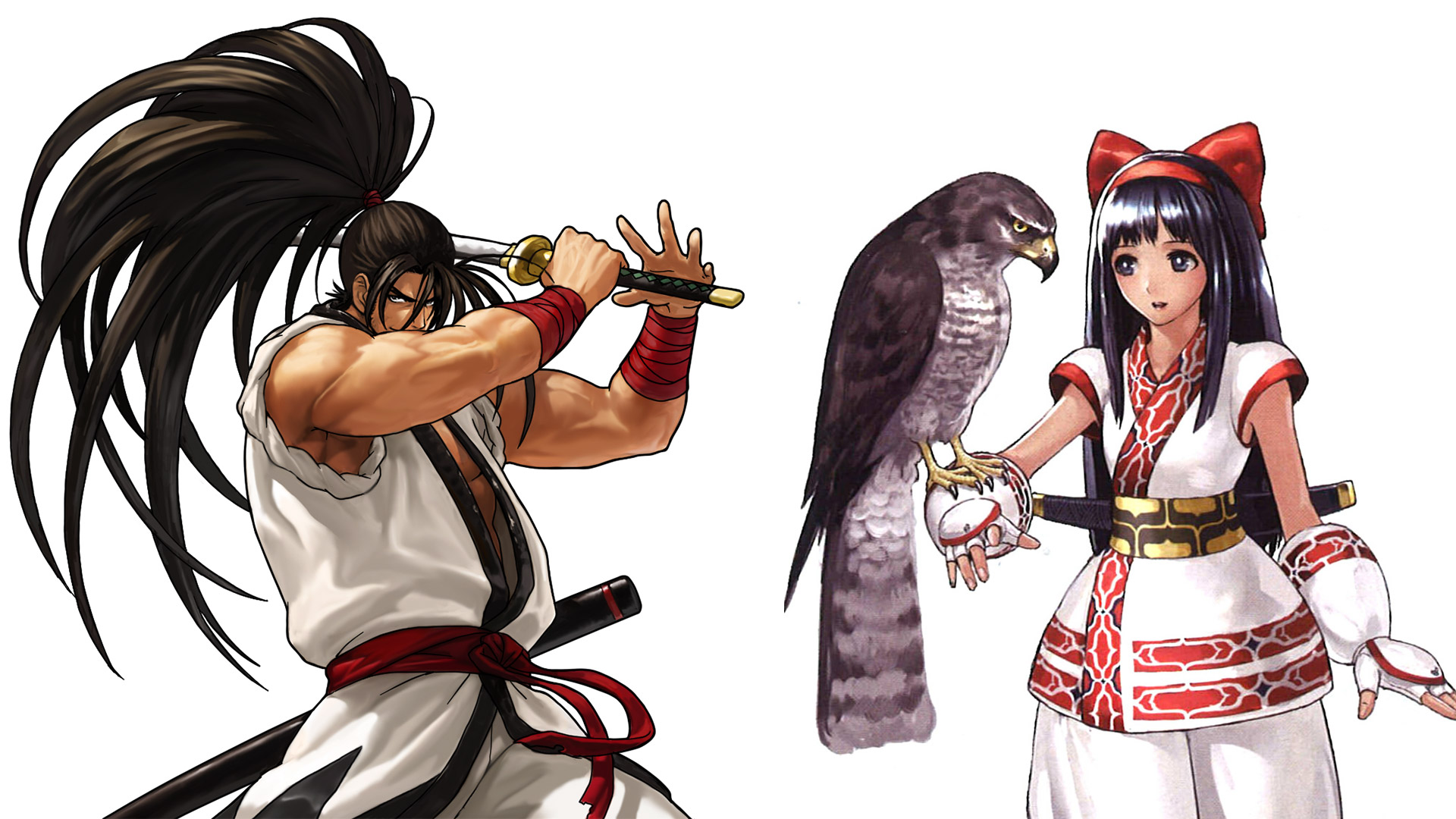 If Tekken 7 can have SNK guest characters, why not Soulcalibur? It makes sense to include two of Samurai Shodown’s most iconic sword slingers. Haohmaru’s fighting style translates well in 3D albeit a few additions, and Nakoruru can have her trademark Mamahaha techniques and assists as special attacks in this.

Just try not to make her OP like in KOF XIV, please? 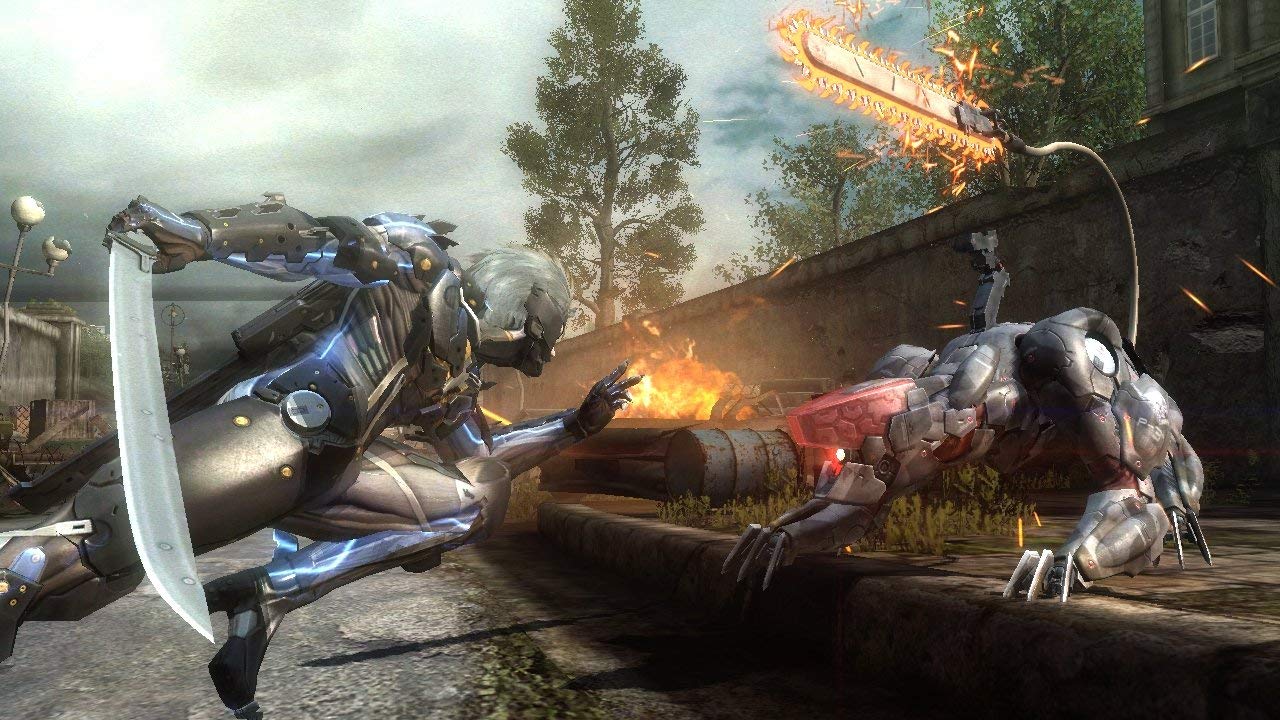 If you want a badass Super cyborg ninja, you can’t go wrong with Jack the Ripper here. He can have his cyborg dog pal Blade Wolf come in as an assist that requires Soul gauge. He can have multiple Attack styles ala Ivy- he has his trademark katana, Mistral’s staff, Monsoon’s Sais, and Sundowner’s giant-ass scissor blade thing.

With Netflix’s Castlevania making Castlevania great again, it’s a no-brainer to bring in the trio that matters: Trevor, Sypha, and Alucard. Trevor and Sypha can be a tag-teaming duo; Trevor takes point with his whip and sword skills, while Sypha comes in with support spells and kickass magic.

Alucard can just be his Symphony of the Night self, transformations and all. And keep his trademark long-ass sword which he can control with his mind. God, the second season of Castlevania on Netflix rocked. 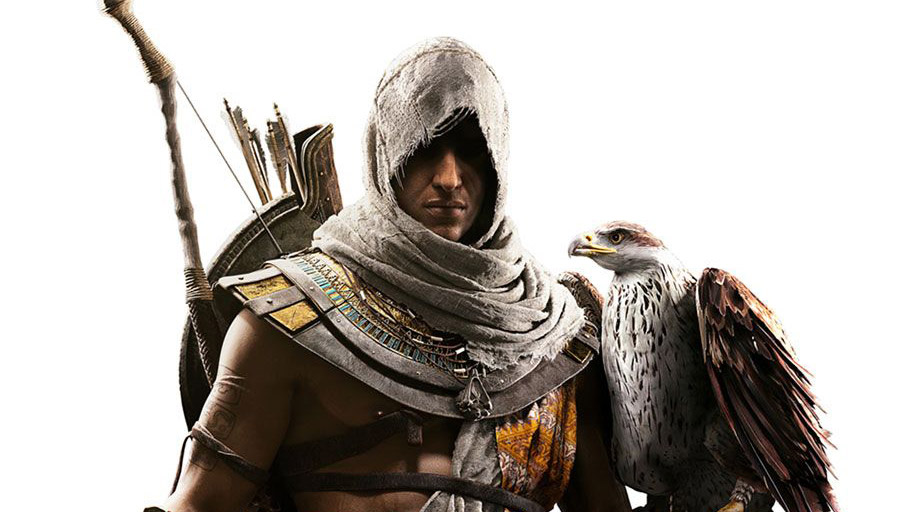 Ezio was in SoulCalibur 5. Why not add in one more Assassin in the mix? A lot of people favour Bayek due to his fatherly nature and no-nonsense-when-needed attitude. Make him switch weapons on the fly. Have him use either a sword/shield combo, a hammer, a spear, and dual blades for added variety. Have his hawk Senu swoop down to distract his opponent. 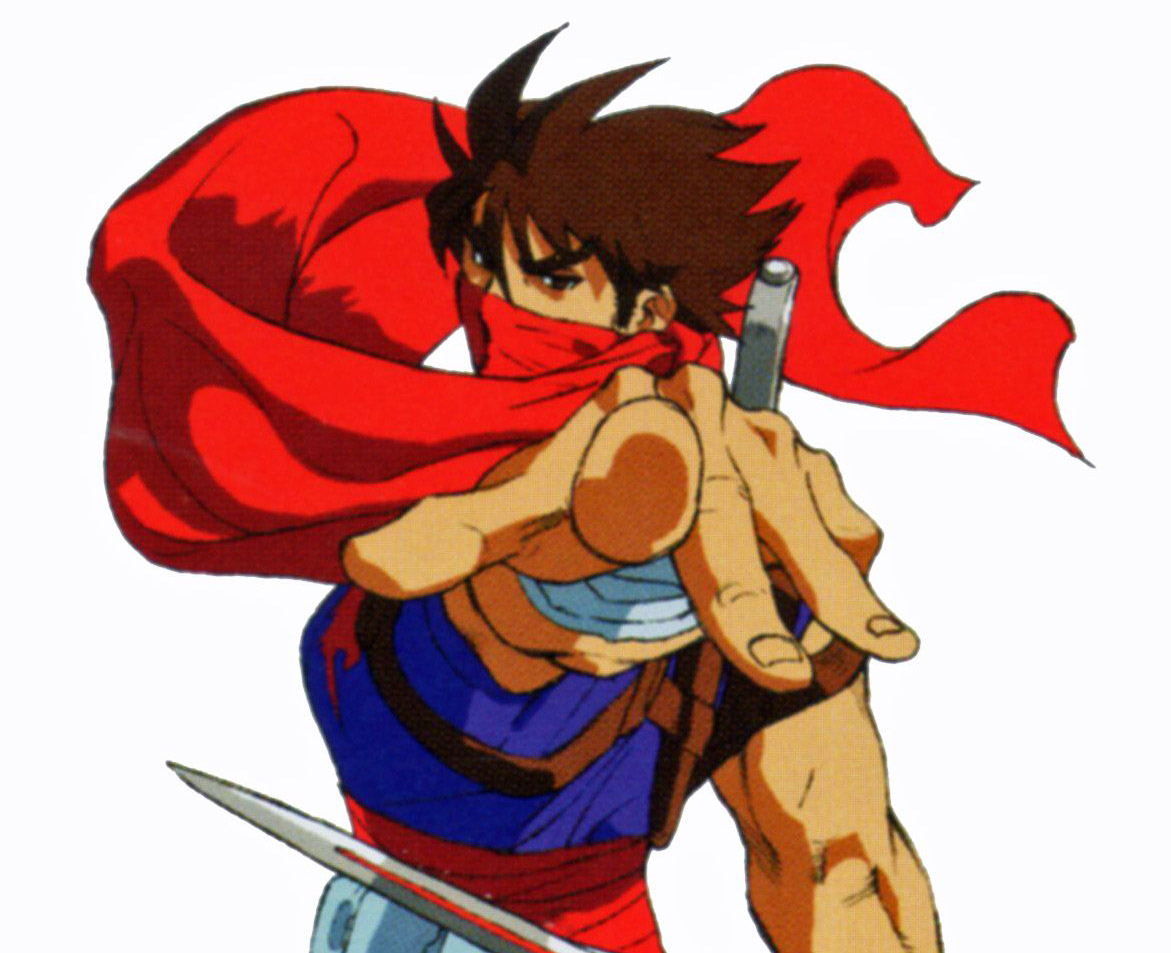 This future ninja is a badass through and through. He’s proven to be a huge asset as a fighting game character; why not put him in the 3D space? His cypher is arguably the coolest melee-and-long-ranged weapon in his arsenal; that “ZHNK” sound gives me goosebumps.

Not only that, his robot falcon, ouroboros bots, and robot tiger can be additional weapons in his arsenal, kinda like Kazumi Mishima’s tigers but machines. Definitely a worthy candidate in the guest spot list.

Dante and Vergil (Devil May Cry, Marvel vs Capcom) 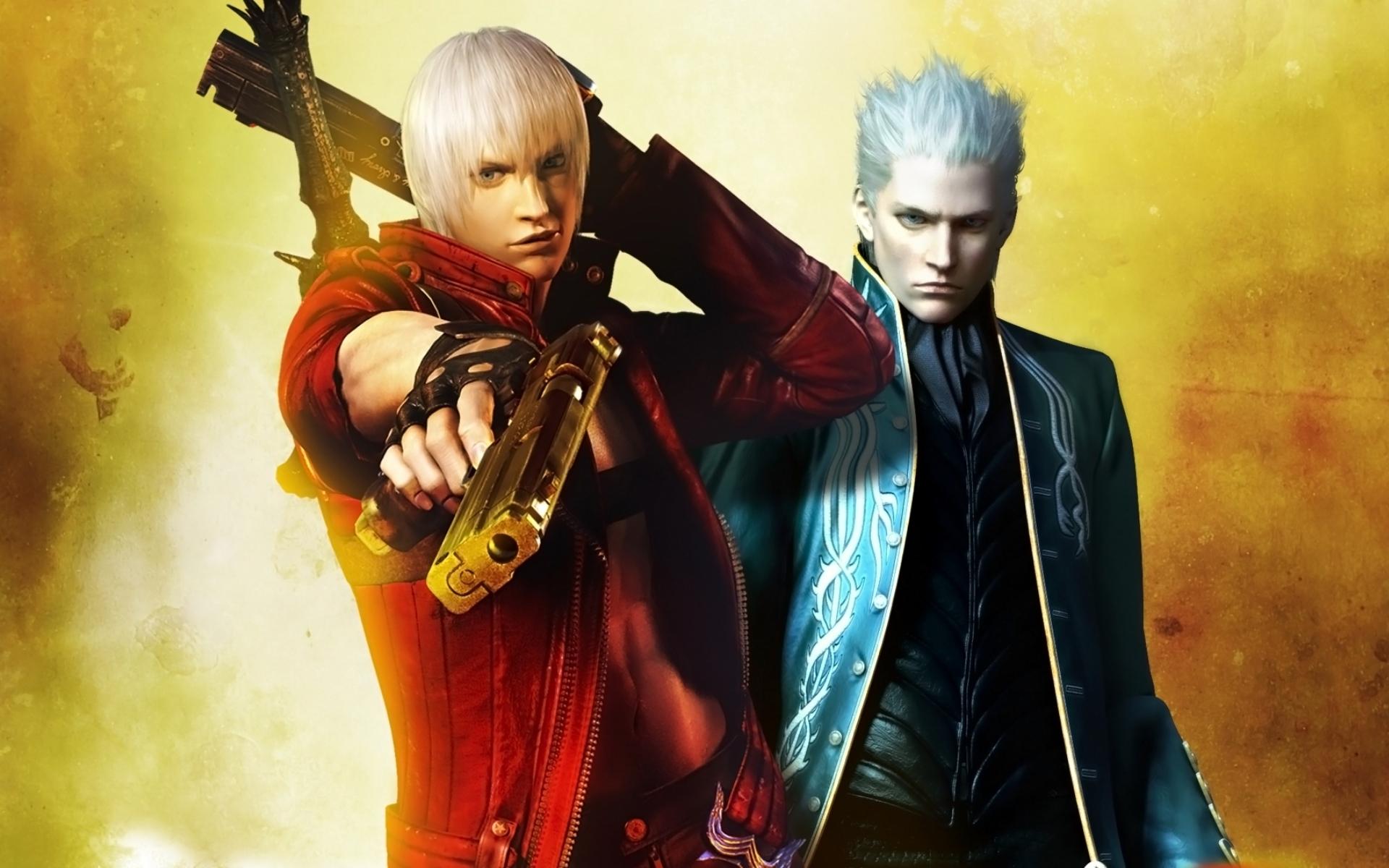 This one’s a no-brainer pick as well. Loads of weapons: check. Crazy posturing and corny one-liners for the entertainment factor? Check. Devil Trigger as his Soul Charge? Double check.

If you rather want to keep it low-key and less extravagant, pick Vergil instead. His Iaido style plus his high-flying moves and Devil Trigger can make awesome skills and moves

Wong Fei-Hung (Once Upon A Time In China)

Why stop at just video games? We should attempt to put in characters from pop culture and history to make Soulcalibur 6 kick more ass! Let’s start off with Jet Li’s version of the classic kung fu practitioner Wong Fei-Hung.

While mostly a martial arts and unarmed combat practitioner, he is known for using weapons like the staff and southern tiger fork. If there’s any way to recreate any his fighting styles and deft skills in Soulcalibur, all the better. Maybe Bandai Namco should include a stance where he fights bare-handed and gets more powerful if he is near-death. 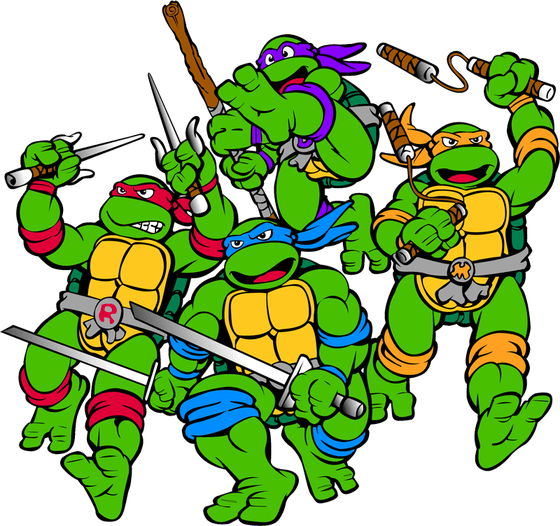 If they made it in Injustice 2, I think they should also cameo in Soulcalibur 6. Just recreate the time-traveling story from the third movie but make it actually good and fit in the Soulcalibur context. The turtles can share a lifebar and tag out when possible.

The one big kicker? In Soul Charge mode, all four of them will be fighting and attacking when you put in inputs. This might be game-breaking, but it keeps with the theme that the turtles always fight together when the going gets tough.

The Hound, The Mountain, Brienne ofÂ  Tarth (Game of Thrones) 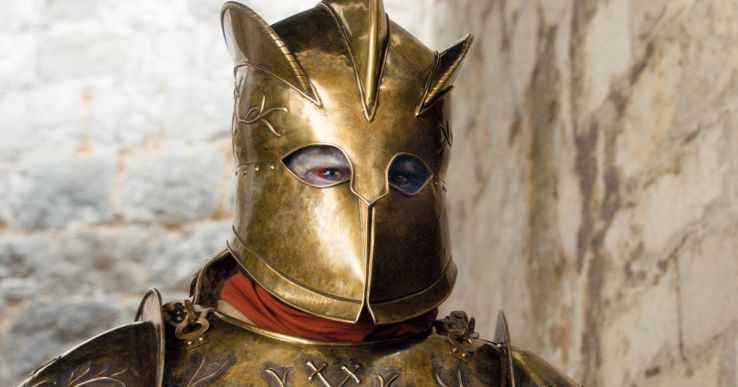 Who’s the biggest and baddest villain in Game of Thrones? It’s Cersei Lannister, doi. But if you’re looking for physical prowess, look no further than three of the HBO show’s sword-slinging badasses.

We’d include Jaime Lannister and his golden hand, but these three can fill up the sorely-needed “grapplers” and “big-bodied brawlers” the game sorely needs. They can keep Astaroth, Siegfried, and Nightmare company with their brutish fighting style and hard-hitting sword-wielding ways. Heck, the new Mountain and his new armour can be the next Nightmare. Just peering through his eyeslits can make you feel icky and fearful.

Need more Soulcalibur in your life? Check out this piece we did on Ivy a while back.

The newest God of War game is set to drop come 20th April 2018. Revealed via a tweet released together with a brand new trailer by Sony Santa Monica's...

Harmonix, the same folks who brought you the good parts of Guitar Hero, Rock Band, and the old-school Amplitude, have announced its latest music proje...