Remember the good old days of sandbox games, where the narrative and plot were there only as an excuse for the player to explore the open-world and blow stuff up? Games like Volition’s Red Faction: GuerillaÂ (now-defunct), Pandemic Studios’ MercenariesÂ (also defunct), Radical Entertainment’s Prototype and of course, Avalanche Studios‘ Just Cause franchise.

Some of those developers shut down because no one really plays sandbox games anymore. Somehow, Avalanche Studios is still going strong, and Just Cause 4 is the result.

If you’ve played any of the games I’ve mentioned above (or any similar open-world sandbox games), you will already be familiar with almost everything Just Cause 4 has to offer.

Fresh off other recent open-world games like Assassin’s Creed Odyssey and Red Dead Redemption 2, I was initially reluctant on taking on yet another massive open-world game. Stricken with open-world fatigue, I hated the first hour or so of Just Cause 4. The opening levels were derivative and bland, like a gazillion other sandbox games before it.

I hated the game with a passion. It was all too familiar, and the game offered nothing new or exciting to a gamer like me. However, I miraculously started to change my mind after spending a few hours with the game. It was then that things finally “clicked” and I realized that I’ve completely missed the point of Just Cause 4.

I suddenly found myself unexpectedly enjoying the game for what it is, despite the non-existent narrative, terrible graphics, and often-repetitive gameplay content. Just Cause 4 is definitely fun in short bursts, and like I mentioned in my Fallout 76 review; what is the purpose of a game if not for fun?

Someone Call The Police; The Plot Is Missing 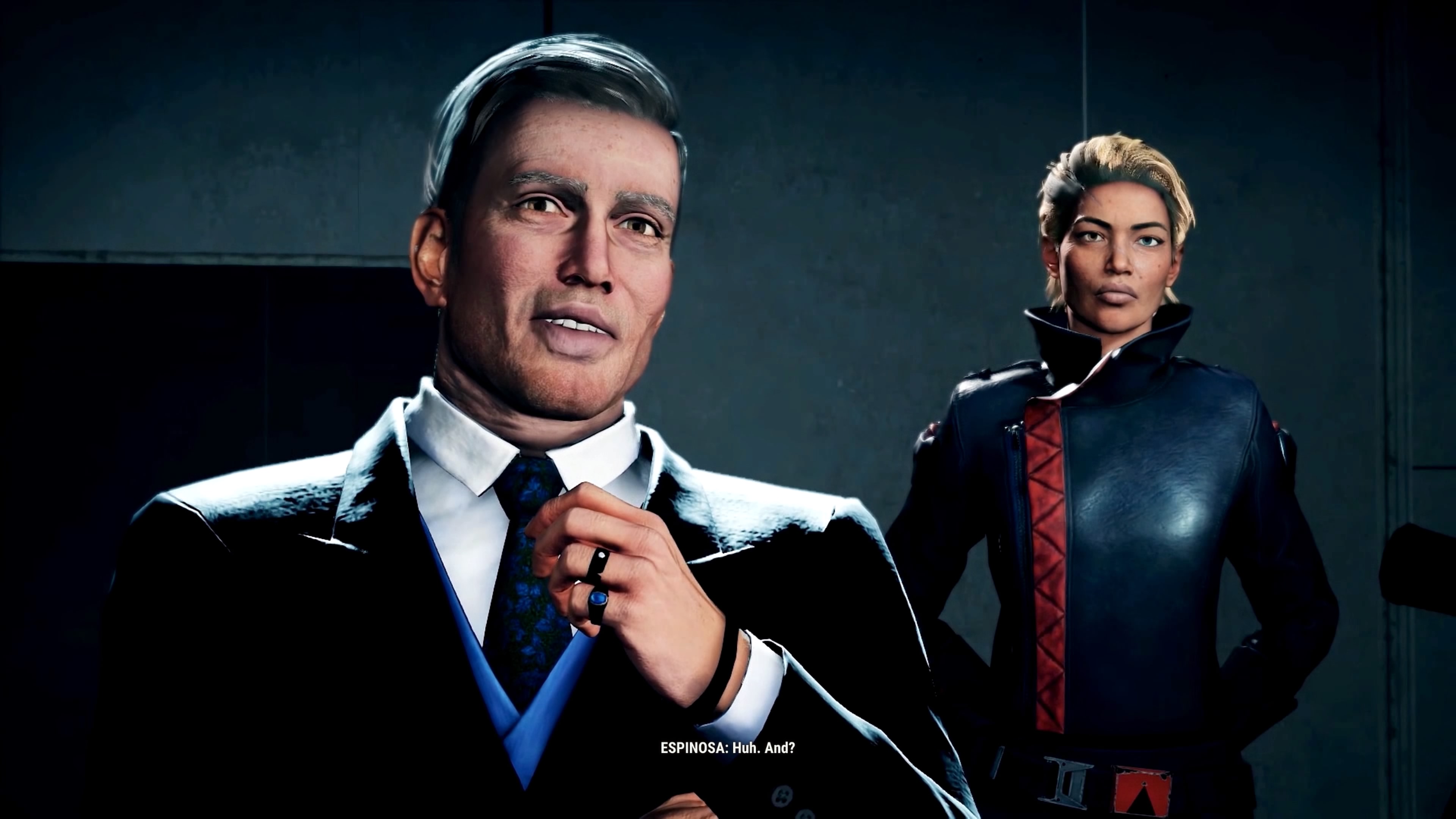 No one plays a sandbox game like Just Cause 4 for the narrative and plot. Why? Because there isn’t one, to begin with. I would still have liked to have at least semblance of a plot but there was none.

Just like previous games in the franchise, Just Cause 4 is set in a fictional exotic South American country, where protagonist Rico Rodriguez will have to overthrow the local regime and tyrannical despotic leader. That’s it. That’s all you need to know to play the game because that’s all that happens from the beginning to the very end of the game.

The game certainly tries to offer a thin plot of Rico’s late father, who is discovered to have worked with the bad guys but ultimately the storyline goes nowhere. The game ends as abruptly as it began, so don’t look for sophisticated and engaging family drama here, folks.

It also doesn’t help that Rico Rodriguez is as charismatic and interesting as a wet sheet of paper. He’s the archetypal badass action hero, and he goes through the events of the game with no character development whatsoever. The Rico at the end of Just Cause 4 is virtually the same Rico from probably the first three games. The supporting characters are also bland and forgettable, only serving as plot devices for the story to chug along.

Can Fun Be Repetitious & Unoriginal? 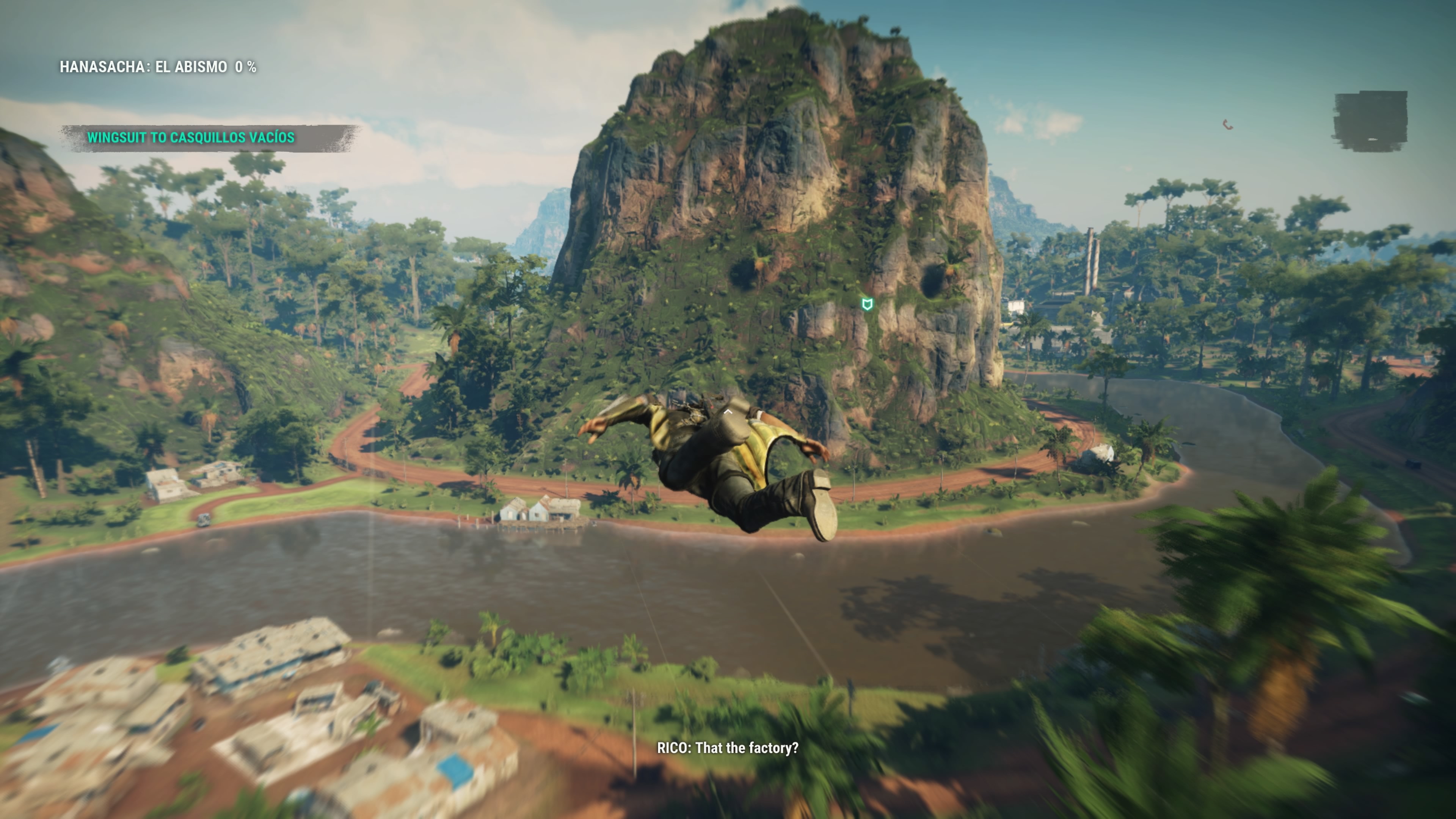 Just Cause 4 offers the same open-world sandbox tropes from ten years ago. The third-person shooting is basic, and the map consists of regions that the player has to take control of by completing missions involving the same cycle of bases and missions.

These include escorting missions, find the terminals and flip switches missions, as well as disposing of bomb-rigged vehicles by driving them into the water missions. These constitute the bulk of the main gameplay missions, and they’re repetitive as hell. However, Just Cause 4 has one unique mechanic that other common sandbox games lack and that’s the grappling hook, wingsuit, and parachute.

It’s incredible how much fun these seemingly unimpressive pieces of equipment could be. Remember when I said that I only started enjoying the game several hours into Just Cause 4? That’s because once I mastered (or understood) how to really utilize these gadgets during combat and while traversing the open-world; it really made all the difference.

The game’s mechanic of using the grappling hook, wingsuit, and parachute to move and get around is reminiscent of Insomniac’s recent Marvel’s Spider-Man.

Rico zips around with his grappling hook and glides with his wingsuit, while destruction and chaos happening all around him, making me feel like Ethan Hunt from the Mission Impossible movies. It’s glorious, it feels great, and most importantly: it’s fun.

I would like to point out something that both Avalanche Studios and Square Enix kept promoting before the launch of Just Cause 4; the weather effects. In the game, I had to battle against the forces of nature, including tornados, sandstorms, blizzards, and thunderstorms. It sounds fun, but it’s not, especially as it’s bogged down by the terrible graphics and choppy framerate (making them more annoying than thrilling). 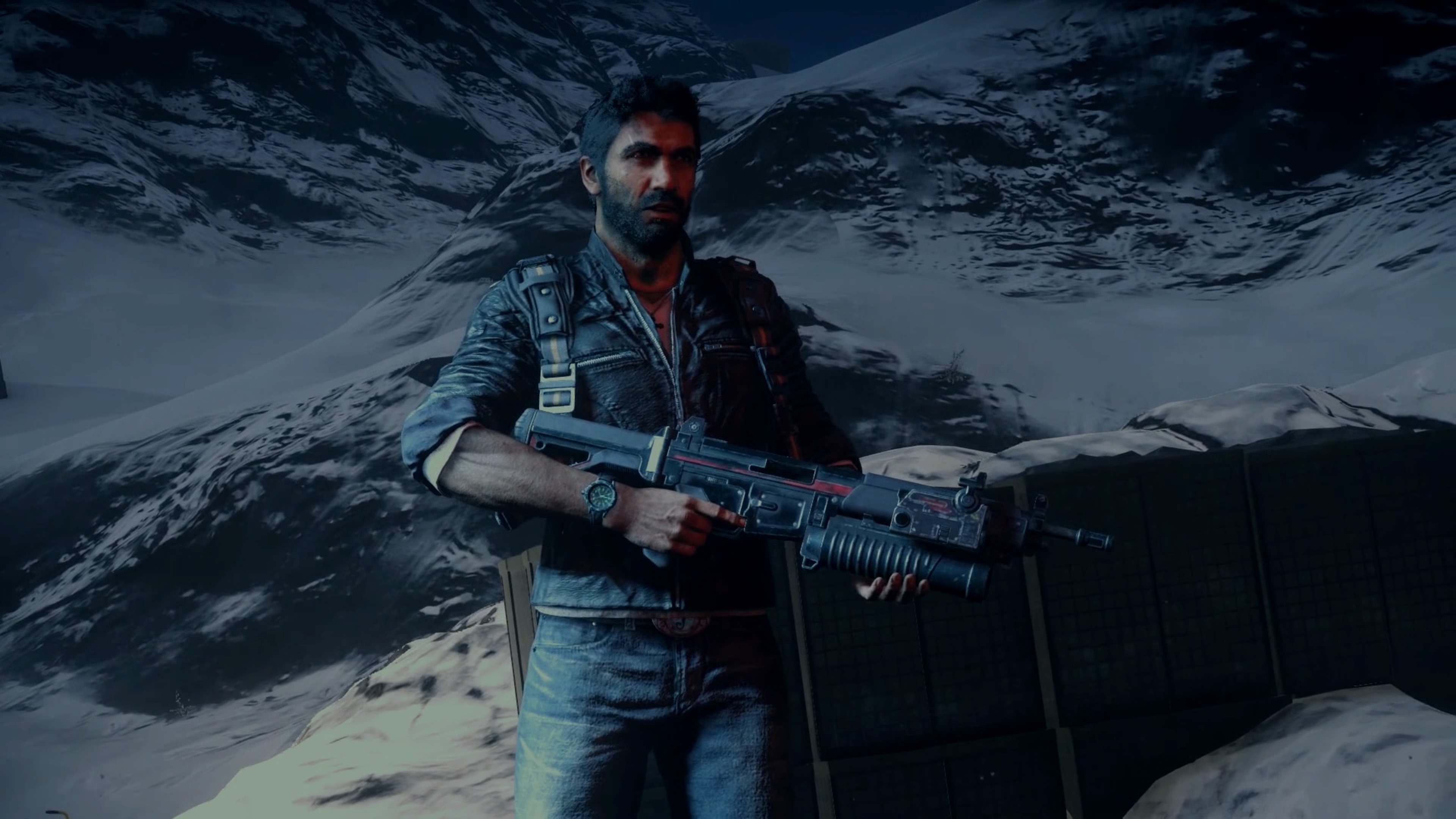 If you think I’m exaggerating, I’m not. The worst thing about Just Cause 4 has to be the visuals and graphics.

For the love of god, the game looks like a PS2 game at the worst of times and a PS3 game at best.

Some videos on YouTube have even compared this game to its 2010 predecessor Just Cause 2 and it’s simply unbelievable that an 8-year-old title from two generations ago can look better than a current-gen 2018 game.

Avalanche Studios and Square Enix both emphasized that Just Cause 4 is powered by their new Apex engine. This new technology supposedly allows for the best and most realistic weather effects ever seen in a video game, but that’s not what I see in the game.

For instance, one of the game’s main missions had me chasing a tornado in a specialized vehicle. It should have been an epic and exciting sequence, one that the game’s marketing kept pressing prior to the game’s launch. I was disappointed to encounter choppy and sluggish framerate, making the entire experience underwhelming and a chore to play.

The game does manage to look decent at times, especially when I’m soaring through the air on my wingsuit. I could appreciate the game’s tropical setting at times, but not when the water looks so bad. I have to say; Just Cause 4 has some of the worst water effects and physics I’ve seen in a long time. It’s atrocious. If this is what the Apex engine is capable of, then I’m afraid it’s already obsolete. 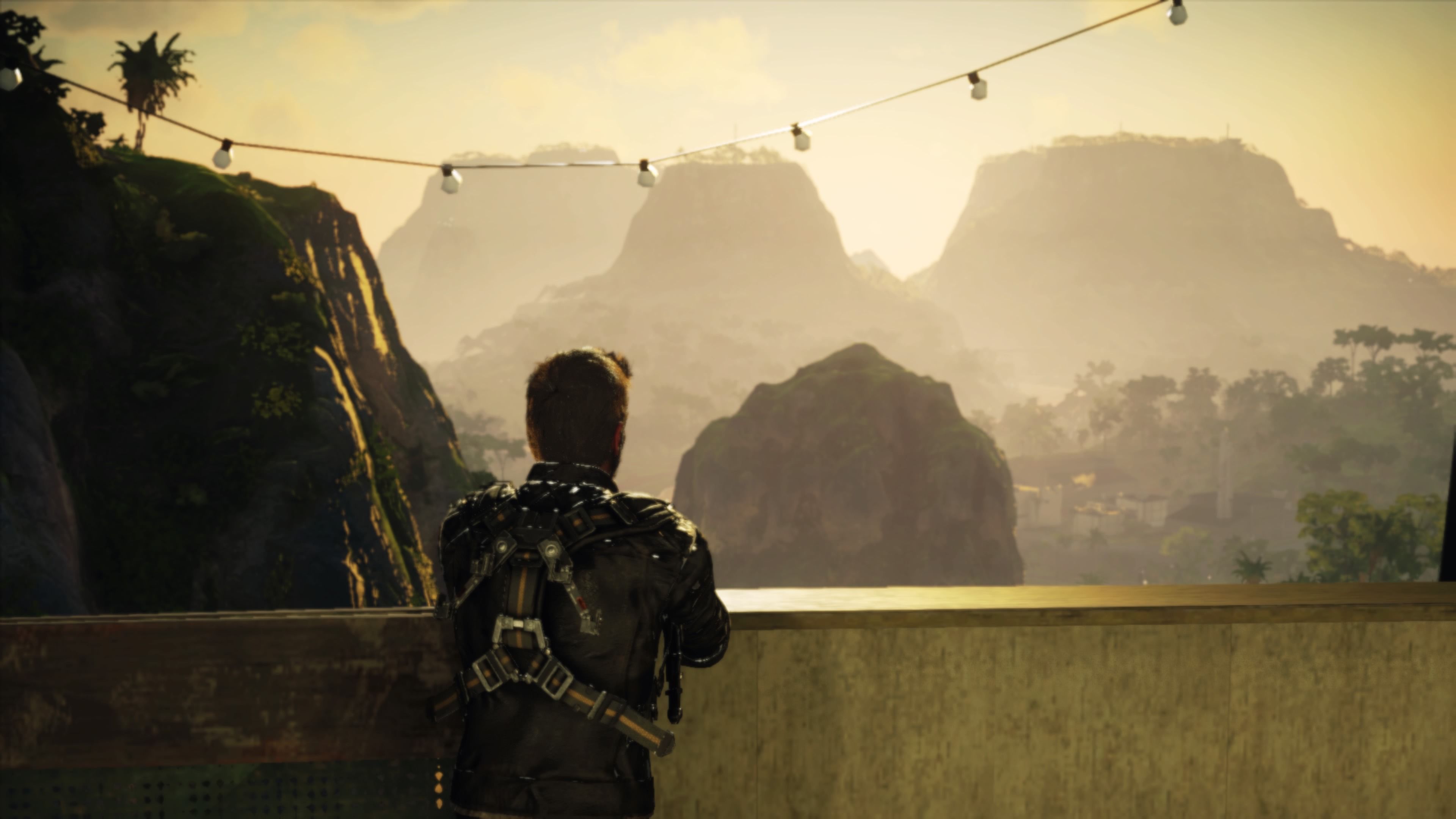 I wouldn’t recommend this game to anybody but the most ardent defenders of similar open-world sandbox games. If you fancy a throwback to the times when games were nothing but mindless fun and explosions, perhaps Just Cause 4 is the game for you, flaws and all.

In the end, I somehow managed to enjoy the game, despite its crippling flaws. Maybe that’s the only saving grace for Just Cause 4:Â it still motivated me enough to finish the game at least once.

You’re better off just playing the previous games instead; they cost way less for the exact same experience.

Just Cause 4 was reviewed on the PlayStation 4 Pro, via a review copy courtesy of Square Enix.

Avalanche Studios Is Just Cause 4 worth it? Just Cause just cause 4 Just Cause 4 Review Open-World PC PS4 Review sandbox Square Enix Xbox One

Publisher Activision and developer Beenox have announced the Rustland Grand Prix for Crash Team Racing Nitro-Fueled, which will be the seventh free Gr...

Good news, Final Fantasy VII Remake fans! You can play as guest character Red XIII, who appears late in the game as a guest character. The bad news? ...

While a number of us enjoyed our time with Naughty Dog's action-adventure game sequel The Last of Us Part 2, a huge number of folks who haven't even t...