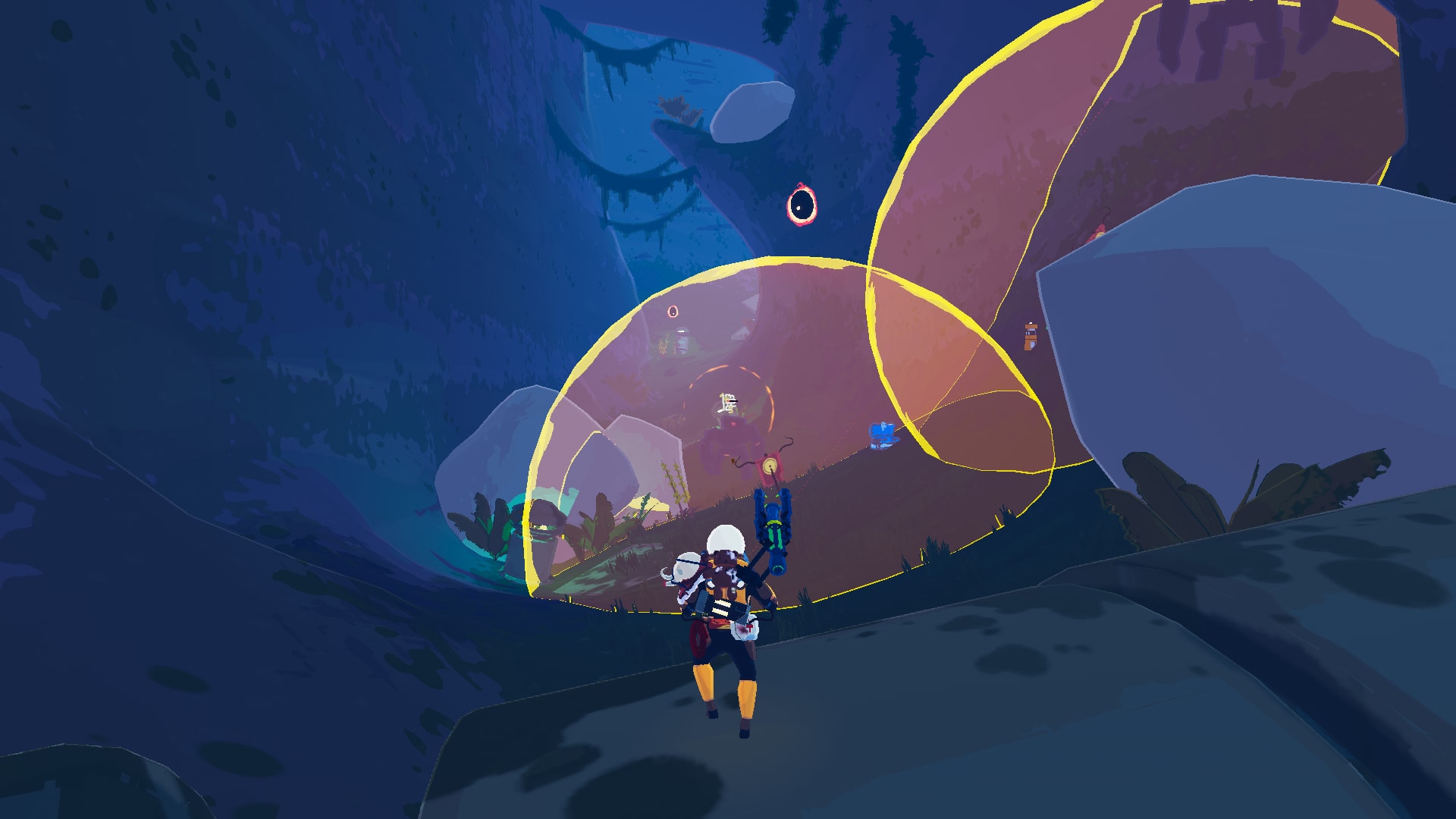 Ever had one of those days where you just want to plop into an alien world and just gun down unlimited amounts of aliens and floating things while you travel from world to world? Want to just turn your brain off and let shooter reflexes take over to see if you can survive waves upon waves of infinitely-spawning enemies?

Then Risk of Rain 2Â from Hopoo Games is perfect for you. The game so far encapsulates the best parts of shmups and top-down action games ala Mercs, Contra, and Chaos Engine for this generation of gaming. It’s presented in a lovely and simple 3D aesthetic, and it comes with simple controls and a ton of randomized elements. You figure everything else out on your own.

What do you do in Risk of Rain 2? Shoot the heck out of things and level up. Collect powerups to get more powerful. Find the teleporter in a world, kill the bosses that gatekeep you from said teleporter, and warp to the next world. Rinse, repeat. Later levels will feature more esoteric backdrops filled with laser-shooting giants, giant bug creatures that spit acid, and floating jellyfish things. There’s a ton of abstract and alien enemies to murder.

When you die, you start all over again. And you will die a lot if you’re not using your arsenal at the fullest capacity or know how to position yourself in each landscape. Worry not, as each world you’re in features a lot of canisters that house money and chests/lockers that can be opened if you have enough cash on hand. So part of the fun is opening up canisters scattered throughout the land and powering yourself up with equipment and random items galore for the continuous onslaught.

I haven’t played much of the prequel, but I do know the game’s previous 2D sprite style was charming. Now, it’s more overwhelming and intimidating in 3D form. Though I have to admit, the landscape can get repetitive to the point where I’m not sure where I’m heading to and feel a bit lost.

Were it not for the red glowing fireflies hinting at the next teleporter location, I would be running in circles leveling the heck up. Which isn’t a bad thing, but I need a sense of orderly purpose when it comes to finishing roguelikes.

Initially, I started out with the Commando. As I play more and more, and unlock more notes and world lore tidbits, I also unlock more classes that ramp up my playstyle. The mercenary uses close-ranged laser sword swipes and his speed, while the MUL-T can use two equipment at once and charges through enemies while it builds up speed and armour.

There’s a lot of character builds and toolkits to work with; I’m sure the devs will add in more as the game gets closer to a finished state. For now, the Commando and Mercenary are the go-tos for a manageable playthrough the first few times.

The best part about all this is that you don’t have to play it alone. Sure, you can experience single-player mode and use your leftover cash to buy turrets and healing drones, but the game gets more fun and hectic with three more people.

The online mode so far seems stable, though the usual disconnects mid-play and issues searching for players within the Southeast Asia region rear their heads. I had the most fun with three other players during a session where I survived beyond the third world, but promptly got disconnected halfway during the fourth world grindfest. Again, the Hopoo Games team should be on top of this before its Early Access period comes to a close, possibly a year after its announcement last Friday.

Risk of Rain 2 has some issues, but it’ll probably be worked out in the near future. For now, I’m enjoying this brand of short-term action adventure loot-and-shooting in this 3D roguelike.

It’s out on Steam now for US$19.99. So go help out a small-time group of developers who love shooters, roguelikes, and the word “procedural generated” which probably gives them orgasms every time it’s mentioned.

Bungie Is Still Hiring For Its Upcoming Multiplayer Action Game

Go Westeros: The Stark Siblings & The Other Greyjoy About The End & Spoiler Braids