Update: it’s confirmed. This DLC is available for Borderlands 2 Handsome Collection owners for free from now until 9th July. The DLC will then cost you US$14.99.Â

There’s still some life left in that 7-year old Borderlands 2 engine, if this leak is of any indication.

According to a recent tweet from RobotBrush, the game will be getting a new piece of free downloadable content that will act as a narrative bridge to Borderlands 3. This add-on, called Commander Lilith & The Fight For Sanctuary, will feature new bosses, new weapons, and new loot with a possible new tier (Rainbow?).

Oh and there’s now a new level cap: it’s now bumped up to 80. Newcomers can also bump their Vault Hunters straight to level 30. Time to go back into the grind again. Official description below:

Return to the award winning shooter-looter for a new adventure that sets the stage for the upcomingÂ Borderlands 3. Sanctuary is under siege, the Vaultâ€™s map has been stolen and a toxic gas is poisoning Pandora. Fight new bosses, explore new zones, get new loot (including an entirely new tier beyond Legendary) and join up with Lilith and the Crimson Raiders to take on a deranged villain hell-bent on ruling the planet.

Returning players can pursue an increased level cap of 80, while newcomers can automatically boost to level 30 and dive straight into the action. 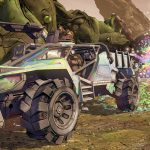 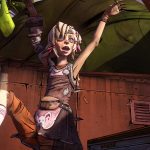 The DLC will be out most likely during E3 for current platforms that have Borderlands 2, according to sources at ResetEra.Â For many of us who are replaying the game in anticipation of part 3, like yours truly and his quest to get his Mechromancer and Assassin to max level, this new piece of content should see an activity spike when it’s out.

In other news, Borderlands 3 will be out 13th September for PS4, Xbox One, and PC.

ASUS Republic of Gamers (ROG) has announced the ROG Phone 6 along with an event that will take place online next month 5 July 2022. Dubbed ROG Phon...

As time goes by, more PC gamers are adopting ray-tracing cards so that they can witness what future games look like at their best. However, it's not j...

BANDAI NAMCO Entertainment Asia has announced the release of special in-game items for Tales Of Arise from the alchemy RPG Atelier Sophi...