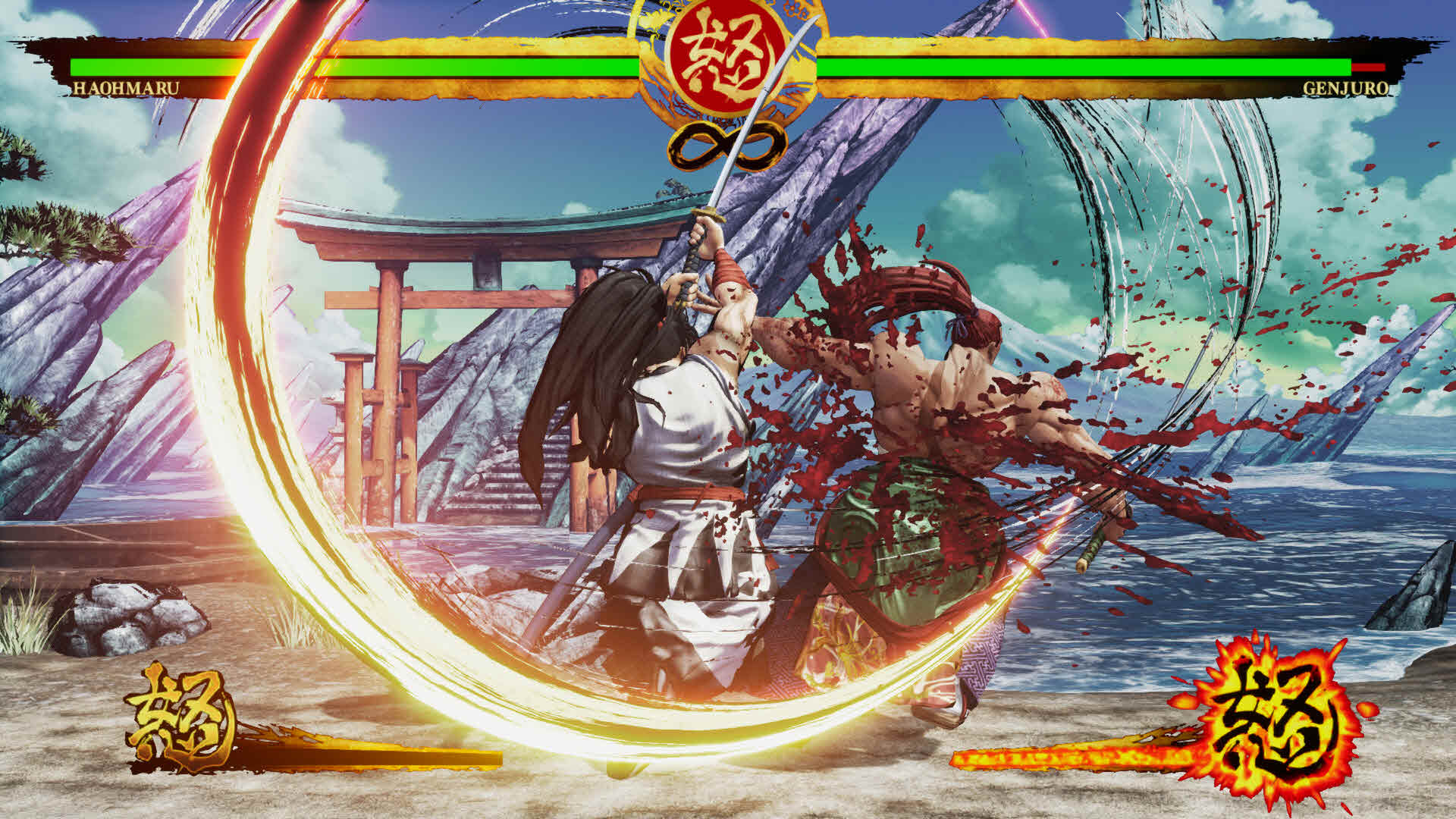 In light of the new & rebooted Samurai Shodown’s lovely sumi-e aesthetics that mimic classical Japanese paintings of the 17th century, I’ve decided to just write the majority of the review in a traditional poem structure renowned in that period.

Summarized thoughts are at the bottom if this style of poetry isn’t your jam.

Whiff, and you will die.

Patience is a must,

Mashing will get you nowhere,

Even at Death’s door,

The gang is all here,

They feel old yet new,

Caters to all skills.

Beginners will love her saw,

Pity there are no extras,

Devs can do better,

Pros will dig it, though,

Not as bloated as Â past games,

Samurai Shodown is a great return to form for SNK’s swordfighting series. While it seems to be going for the Street Fighter V style of release and comes with the bare minimum, at least this game includes a standard arcade mode with endings and a fun (?) final boss called Shizuka to fight against.Â

If you don’t mind paying triple-A price to train up for this game for future fighting game tournaments -and there will be if the Neo Geo World Tour is of any indication- then go nuts and play this 2D weapons-based masterclass. This is the best time as any to jump on board the SamSho train as long as you’re fine with the bare minimum offering.Â

And if you’re still one of those grumpy old folks who think single-player offerings in a fighting game aren’t important, you may want to adjust your viewpoint via this insightful video.Â